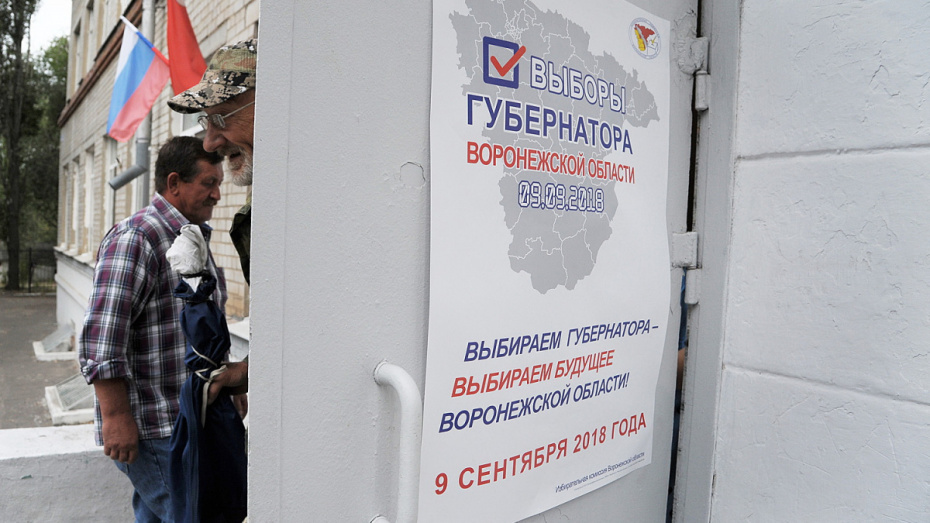 100% of the ballots have been processed in the region.

Acting Governor of Voronezh Region Alexander Gusev scored 72.52% of the vote and won the election of the head of the region, Sergey Kanishchev, Chairman of the Regional Election Committee reported at a press conference on Monday, September 10. In the region, as of 13:20, 100% of the ballots were processed.

The candidate from the Communist Party Nikolay Voronin received 13.68% of the votes. The third is LDPR representative Oleg Burtsev with 6.25% of the votes. Igor Perevezentsev and Vitaly Klimov had 2.22% each, Arkady Minakov – 1.58%.

The Regional Election Commission did not record any serious violations during the elections. In total there were seven complaints, there were no written complaints.

According to Sergey Kanishchev, there were many questions on video surveillance at the ballot stations. According to the Chairman of the Election Commission, video cameras were installed in 207 ballot stations. They did not manage to install more cameras due to the limited amount of money and time for contracting through the public procurement system.

– These are not our duties and powers, but the authorities’ and local self-governments’. We are grateful to them that they found the opportunity and allocated the money, of course, not in the volumes to cover the whole region, but we would not have had time to do it under the 44th Law. Taking into account the amount that was allocated, we had two options to use it: either a live broadcast on the Internet, but the price was about 40 thousand per ballot station, or broadcast on Rostelecom website with access for all candidates, representatives of political parties, the Election Commission storing the data for three months, Sergey Kanishchev said.

According to the Chairman of the Election Commission, any voter will be able to apply to the Commission to watch the video from the stations.

In conformity with the law, the Election Commission of the Voronezh Region must approve the Gubernatorial Voting results before September 22. Later the elected governor should take office within 15 days.

– I think that by the end of the week we will make a decision, and, as far as I know, the governor will assume the office by the end of the week. Two more territorial commissions have not submitted the protocols, we are waiting for them today, the deadline is tomorrow. Then we will hold a meeting. If there are no objections and questions, we register the elected candidate, we will publish all the final tables and the decision in the media. After the state authorities make a decision under the Charter of the Voronezh Region, the inauguration will take place. Perhaps this will happen before the end of the week, Sergey Kanishchev noted.