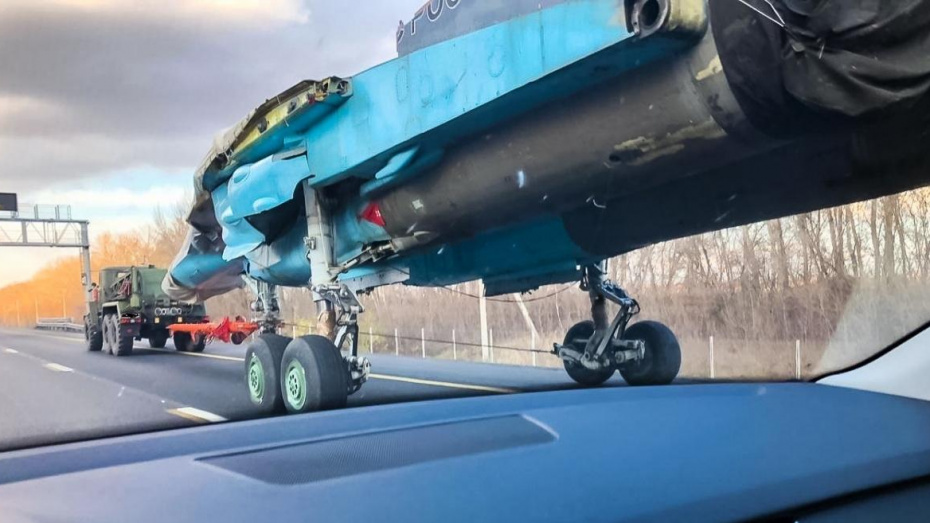 The aircraft was transported on its landing gear tires like a car.

American publication The Aviationist (one of the most respected sites in the field of military aviation) was surprised by the transportation of a Su-34 bomber on the road near Voronezh. An article with the headline entitled “Wait… What? What Is a Russian Sukhoi Su-34 Doing Driving Along the Road?” was released on Thursday, October 31.

The media published the footage of videos and photos of the transportation of a Su-34 bomber along the highway. They show that the aircraft with its wings removed is being towed.

– If the plane was on a trailer, then it would not be so important. But this Su-34 is being pulled along on its own landing gear tires. Only in Russia… – wrote the author of the article. 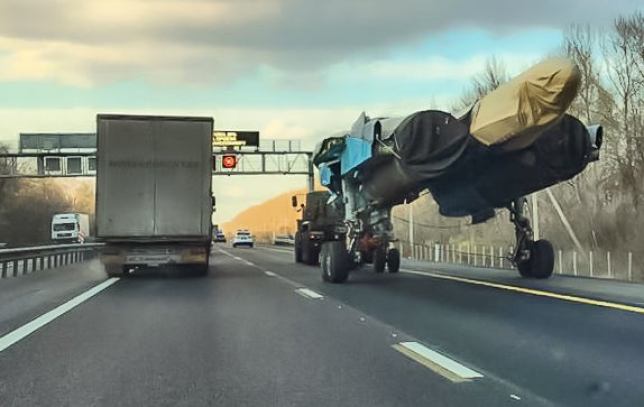 Also, the American website drew attention to the markings on the aircraft suggesting that it had participated in the combat action in Syria. According to the article’s author, the fighter-bomber was transported from Buturlinovka to the Voronezh Aircraft Plant for repairs.