"The escapees were forced to dig their own graves". Voronezh villagers speak about horrors of military occupation 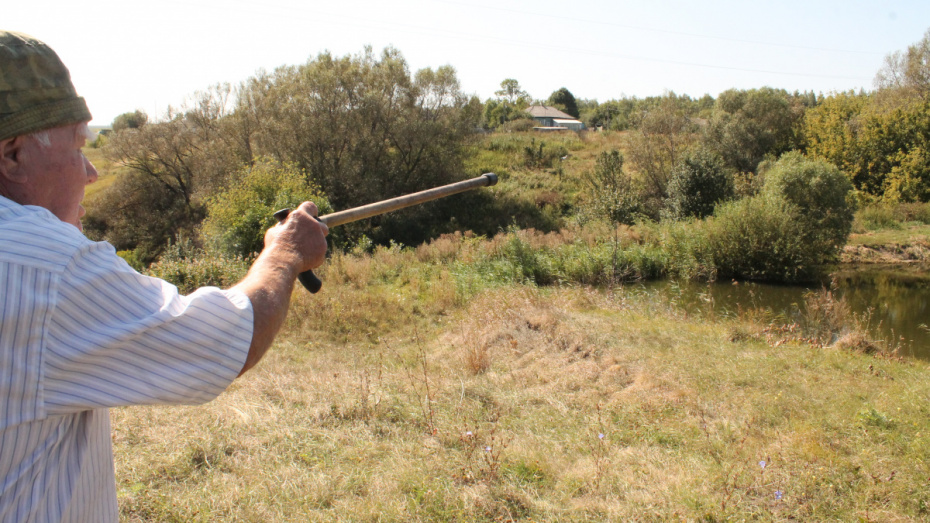 A place of execution of Soviet soldiers was found in Semedisyatnoye.

In the village of Semedisyantoye of Khokholsky District, there are over 70 people who have been in Nazi concentration camps. Hunger, fear, the death of loved ones, barbed wire, angry shouts of the guards and shots were the first and most vivid memories of their childhood.

The occupation of 1942–1943 was well remembered by the residents of the villages of Semedisyantoye and Yablochnoye. Their hair-raising stories are in the RIA Voronezh article.

The hut of the Nedobezhkin family stood near a ravine in the Kozlovo tract, where the Nazis set up a concentration camp for prisoners of war. Children drove cows for grazing and often became eyewitnesses of executions of Soviet soldiers. 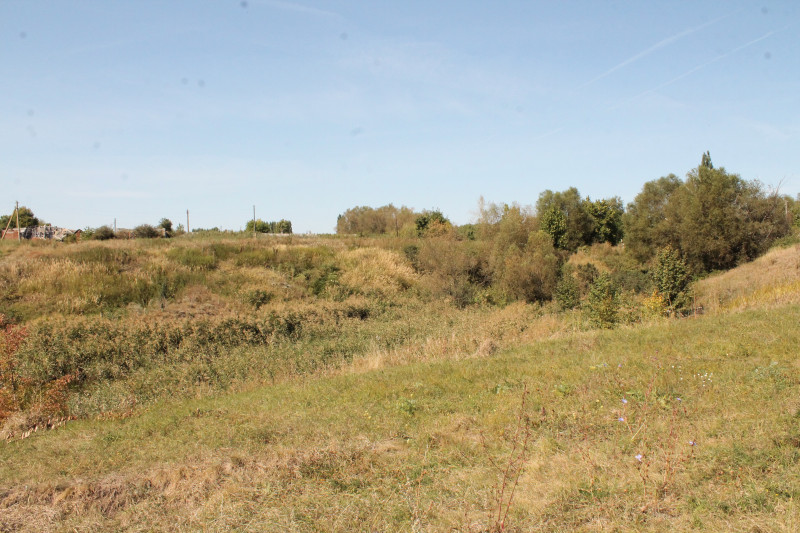 “I saw prisoners being led along the ravine in small groups, placed at the edge and shot. Then they brought other soldiers with shovels, and they covered the dead with earth,” recalled Nikolai Nedobezhkin, who was ten years old at that time. “According to my observations, at least 40 people are buried here. Nobody has ever reburied them, the grave has never been opened.”

In the fall of 2019, scouts of the Don Voronezh Search Association took interest in the burial. They arrived at the place, talked to the villagers. According to the head of the association Mikhail Segodin, they are going to carry out excavations in 2020. The terrain here is complex, the walls of the ravine have slid down, the remains may be under a five-meter-thick layer of earth.

Nikolai Nedobezhkin’s childhood memory has preserved many images of the war past. His tears are welling up when he recalls the requests of the prisoners: "Son, bring us something to eat." 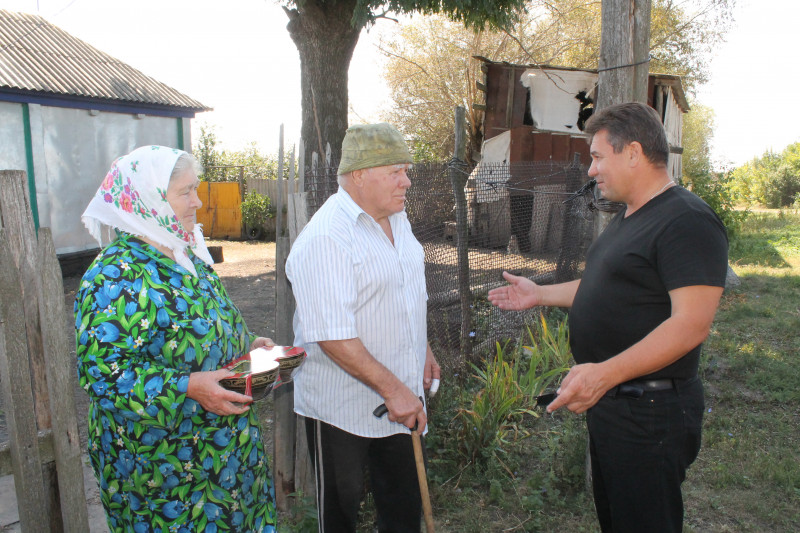 Nikolai Nedobezhkin with his wife and the head of the village

“What could I give them? We had nothing ourselves. The Germans drove us out of the hut, ate the chickens, took the milk. I would pull out several sugar beets from the ground in the vegetable garden, throw them through the wire - and run. The Magyars ran after me: if they caught me, they’d beat me with whips...”

The camp was located in a deep ravine, it was fenced with barbed wire. All who were kept there were forced to dig holes for sleeping in the ground. They were fed a stew made of rotten horsemeat. Food was cooked nearby in a large cauldron. Once a day, a line of miserable exhausted people with tins and cans was lined up at the gate. They were allowed to move around the camp during the day, but with the nightfall came the curfew, and they had to lie still. Those who raised their heads were shot without warning.

“Once a captured soldier started moving, the guard fired and hit a boy lying nearby. The old father found out about this, came to pick up the body of his son, and they shot him in the neck. He survived but remained disabled,” Nikolai Nedobezhkin told. 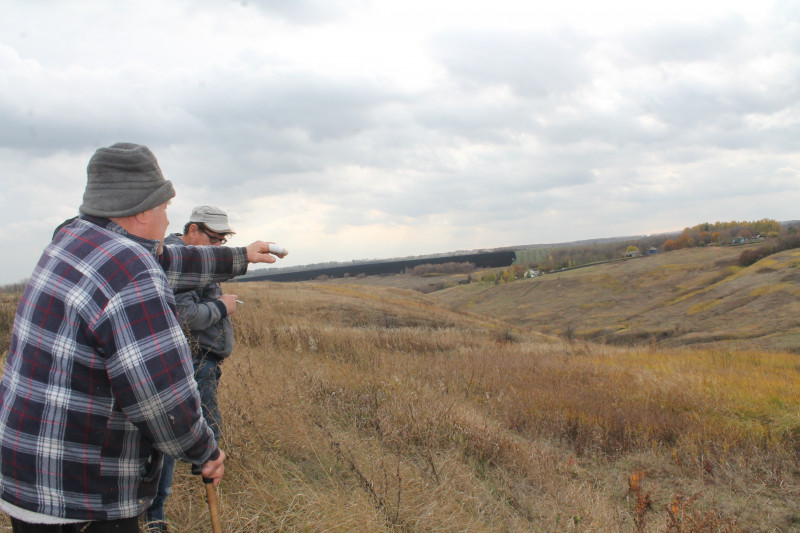 The place of execution

The rare lucky ones managed to escape. They left through the mud hole under the wire and further along the ravine to the sowed rye field, and from there it was walking distance to our people. Children saw the escapees several times and were silent about it. Once, three people ran away, and one of the prisoners informed the Germans. During the pursuit, one of them was killed, two were brought back, forced to dig a grave and shot.

“Another time, our soldier was wounded by the pursuers, he asked the local residents for help. An old man nicknamed Rooster refused and said: “Go away or I will hand you over to the Magyars,” but a neighbor old woman bandaged his wound. The soldier was from Istobnoye, he went there. And when the village was liberated, he returned and wanted to shoot that old man, but he was already dead,” Nikolai Nedobezhkin described another episode from the past.

There were three such camps in Semedisyatnoye: on the outskirts of today’s 9 Yanvarya Street, Asya Tarkova Street (Kozlovo) and behind the current store on Babenko Street. There is no exact data on how many soldiers and civilians had died there. According to the report from May 12, 1943, the camps "contained up to 7 thousand prisoners of war and civilians, mainly women, children and the elderly," local residents and refugees from neighboring villages and Voronezh. The villagers saw the Nazis shoot five to 20 people almost every day, dozens of people died of starvation. “About 170 completely decayed bodies were discovered during the examination of the ravines on the territory of the OSO Collective Farm,” the document says. 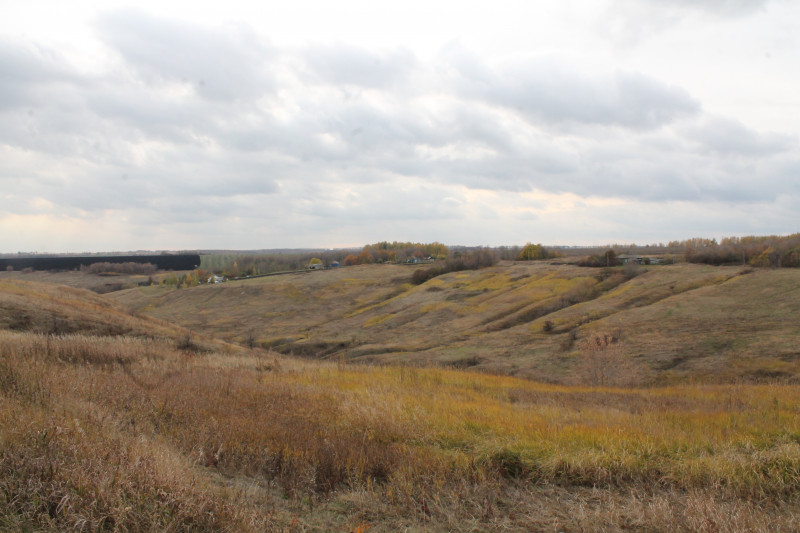 Near the execution site

Director of the “Don Frontier. Gremyachye” Museum Yury Kashkin noted that a monument, an open-air museum could be built at the site of the former concentration camp in the Kozlovo tract in Semedisyatnoye.

“Nikolai Nedobezhkin described in detail where the wire was, where the entrance was, where the guards lived. Based on his story, you can restore everything and bring people here for excursions so that our contemporaries, who have never seen a war, could lively imagine in what inhuman conditions the captured Red Army soldiers and villagers were kept by the Nazis,” Yury Kashkin noted.

No home, no garden to return to

Having occupied the village of Yablochnoye in Khokholsky District, the invaders gathered the residents, lined them up in a convoy and drove along the field road towards Staronikolskoye. Nina Bulatova, a witness of those events and a former minor prisoner of the Nazi concentration camp, said:

“I was six years old, but I remembered this endless road for life. It was very hot, the road was dusty, my throat was scratchy, I was very thirsty. But every request and complaint of an adult or child was interrupted by a blow to the head with a rifle butt. I, my mother, and my 100-year-old grandmother hardly reached the destination point.” 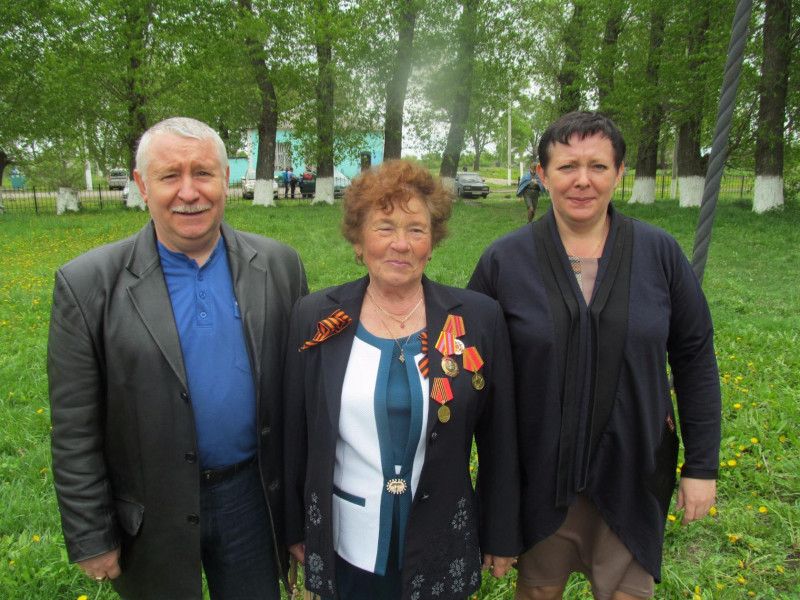 Nina Bulatova with her relatives

“Our clothes were worn out, there were almost no shoes. How do you go home in deep snow, in the cold? We took the boots off the killed Germans, tore waterproof capes into footcloths. We reached home on foot, on the last leg,” added Nina Bulatova.

They came to the village. There was nothing left of the home, there were only a well and a straw tub for grain. The garden was cut out.

“And in this empty place, we began to live anew. We dug out pit-houses, settled in the remaining huts with several families together. We worked tirelessly day and night: during the day - at the collective farm, and at night - in our the vegetable garden.”

Many trials and tribulations fell on women and children in the 1940s. They walked on foot for kerosene and grain seeds to the Latnaya Station, plowed the land on oxen, and manually mowed the fields of ripened rye.

“And our grandmother Solokha, whose official name was Salmonida, survived the German camp, suffered all the hardships of captivity, and died of agitation in 1943 when she was told: “There is your Mityushka walking on two crutches.” Her son returned home after being wounded,” Nina Dmitrievna concluded the story.