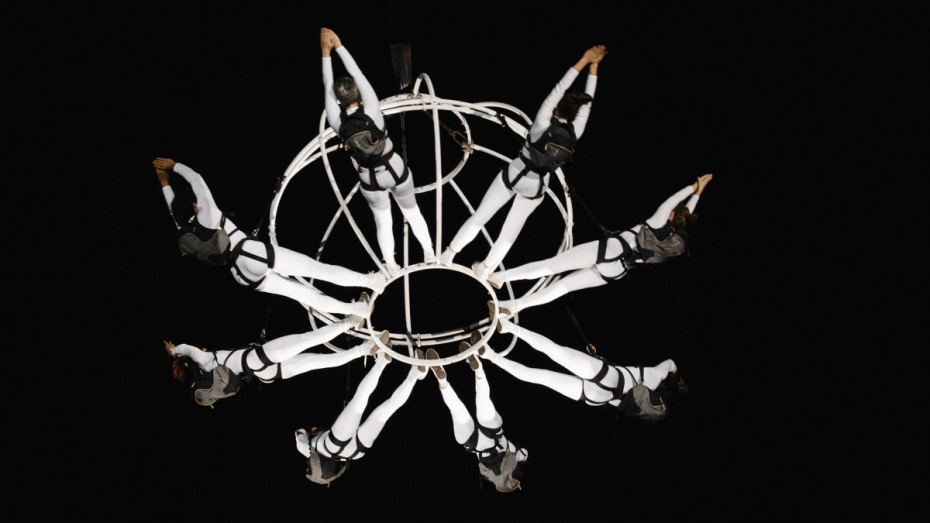 The performance of an aerial theater was shown on Admiralteyskaya Square.

The Ninth International Platonov Arts Festival began in Voronezh on Saturday, June 1. The official opening of the forum took place on Admiralteyskaya Square. The first performance of the festival was the street show Kosmos of the Spanish aerial theater Grupo Puja! 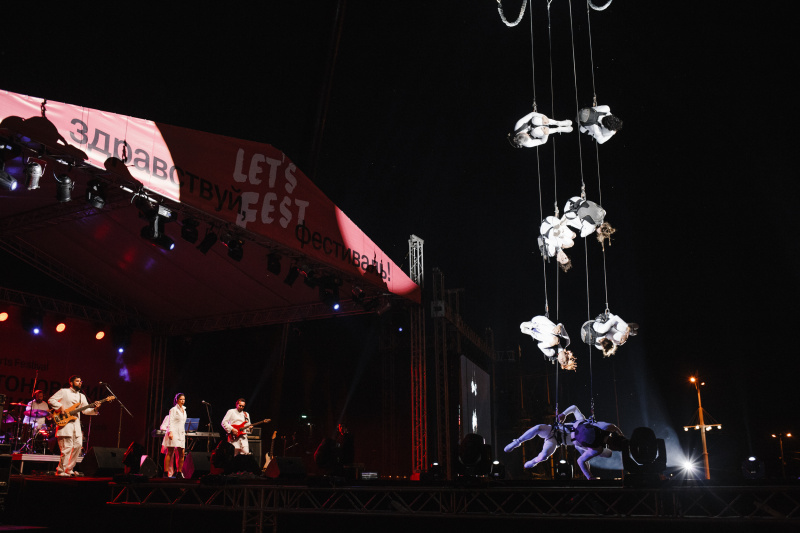 Before the start of the performance, the art director of PlatonovFest Mikhail Bychkov addressed the audience. He thanked all those involved in the preparation of the ninth forum of arts and wished the audience to find something that would tug their heartstrings in the Platonov Festival program.

During the opening ceremony, Governor of the Voronezh Region Alexander Gusev noted that the festival had become the hallmark of the region.

– Once again, a holiday of art has come to our city. For nine consecutive years, Voronezh has been the center of creativity, inspiration, and discoveries. Congratulations to all on the start of this long-awaited event. Every year our festival raises the bar, opens up new opportunities, and it has rightfully become the hallmark of our region – it raises the status of Voronezh and the entire region. For all this, I want to thank the festival management, Mikhail Vladimirovich Bychkov personally, the entire creative and administrative team of the organizers. This time, PlatonovFest confirmed its international character with the participation of more than 1.000 artists from 17 countries. Our festival starts here, in a place which is a landmark to many of Voronezh residents. The combination of the historical spirit of Admiralteyskaya Square and of modern art should bring a lot of vivid impressions and unforgettable emotions, – the Head of the Region said from the stage. 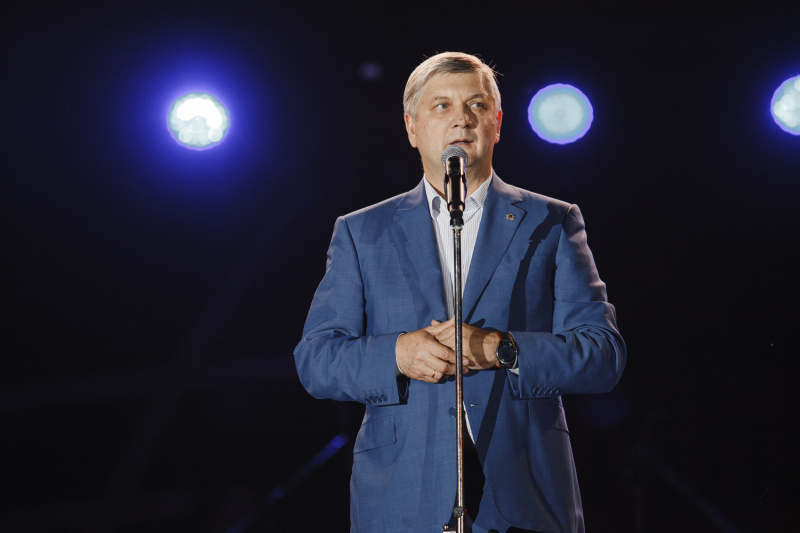 The Kosmos aerial show began on the square after the opening ceremony. Artists in white futuristic costumes demonstrated dance and acrobatic performances at the height of 40 m. A large metal ball to which the acrobats were fastened with cables was lifted into the air with the help of a crane. Once at the necessary height, the artists' bodies took the form of either molecules, or DNA chains, or simple organisms. And occasionally their backpacks were raining with "space dust". 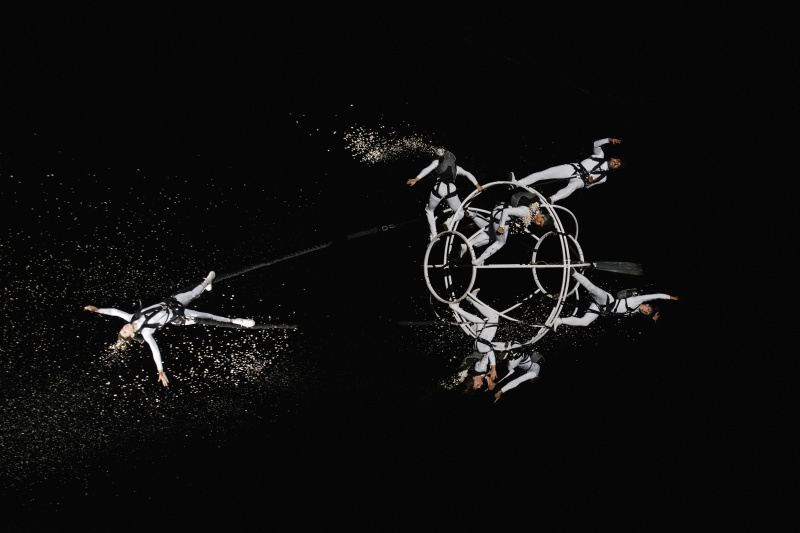 – Originally, in Spanish, our show is called not just Kosmos, but Chaosmos – that is, a mix of chaos and space. We wanted to philosophize about the emergence of our ordered universe from the infinite chaos that existed before, – Puja! actor Adan Garcia Navarro said.

Kosmos, just as other performances of the Spanish theater, combines theater, live music, circus, and dance. The artists told that the 40-meter crane is their trademark and permanent participant of all shows. The artists have also tried to do more “chamber” shows but realized that they did better with big ones. 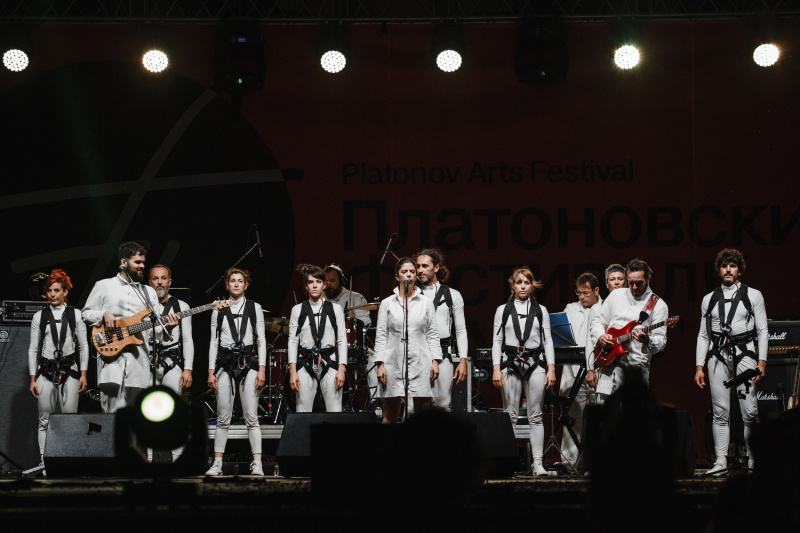 – It seems to us that our performance fits perfectly for an opening of an international art festival. When performing, the main thing for us is a large platform with a good overview for the public. We have performed in the snow and in the rain. If people do not leave, we always continue our performance, – actress Hema Segura Garcia stated.

Group Puja! is over 20 years old. Within this time, its aerial shows have been watched by more than 1 million viewers from 35 countries of the world.

The Kosmos show is the only street performance in the program of the Ninth Platonov Festival: because of the scheduled reconstruction of Revolution Avenue, the forum’s directorate canceled the traditional theater parade. The opening of PlatonovFest on Admiralteyskaya Square ended with fireworks. 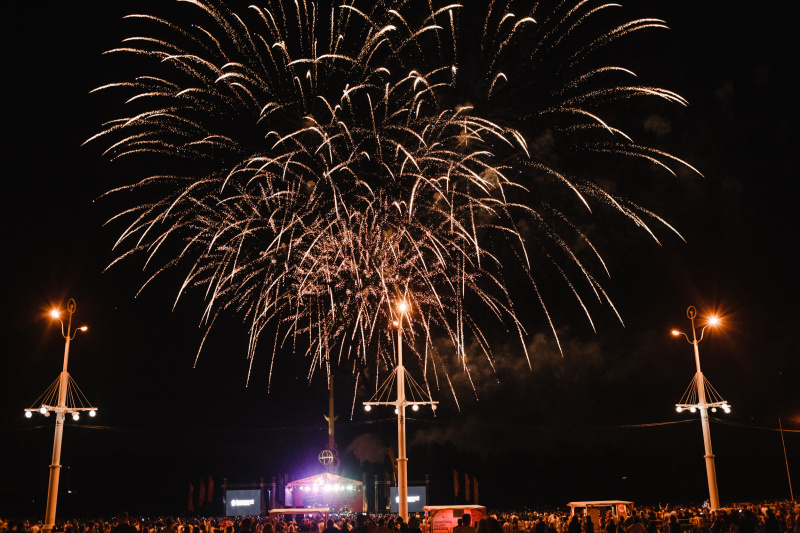 On the first day of summer, the festival also launched exhibitions "Circle of Artists" and "Geniuses in the Workshops. The Backstage of the Paris Art Scene” at the Kramskoi Museum. Installation by Moscow artist Artyom Stefanov “Platonov Is Looking at Us” has opened on Sovetskaya Square.

It was not the first time when the Platonov Festival opened with a street performance – in 2014, the art forum was launched with “Dance with an Excavator” by French team Beau Geste on Lenin Square. 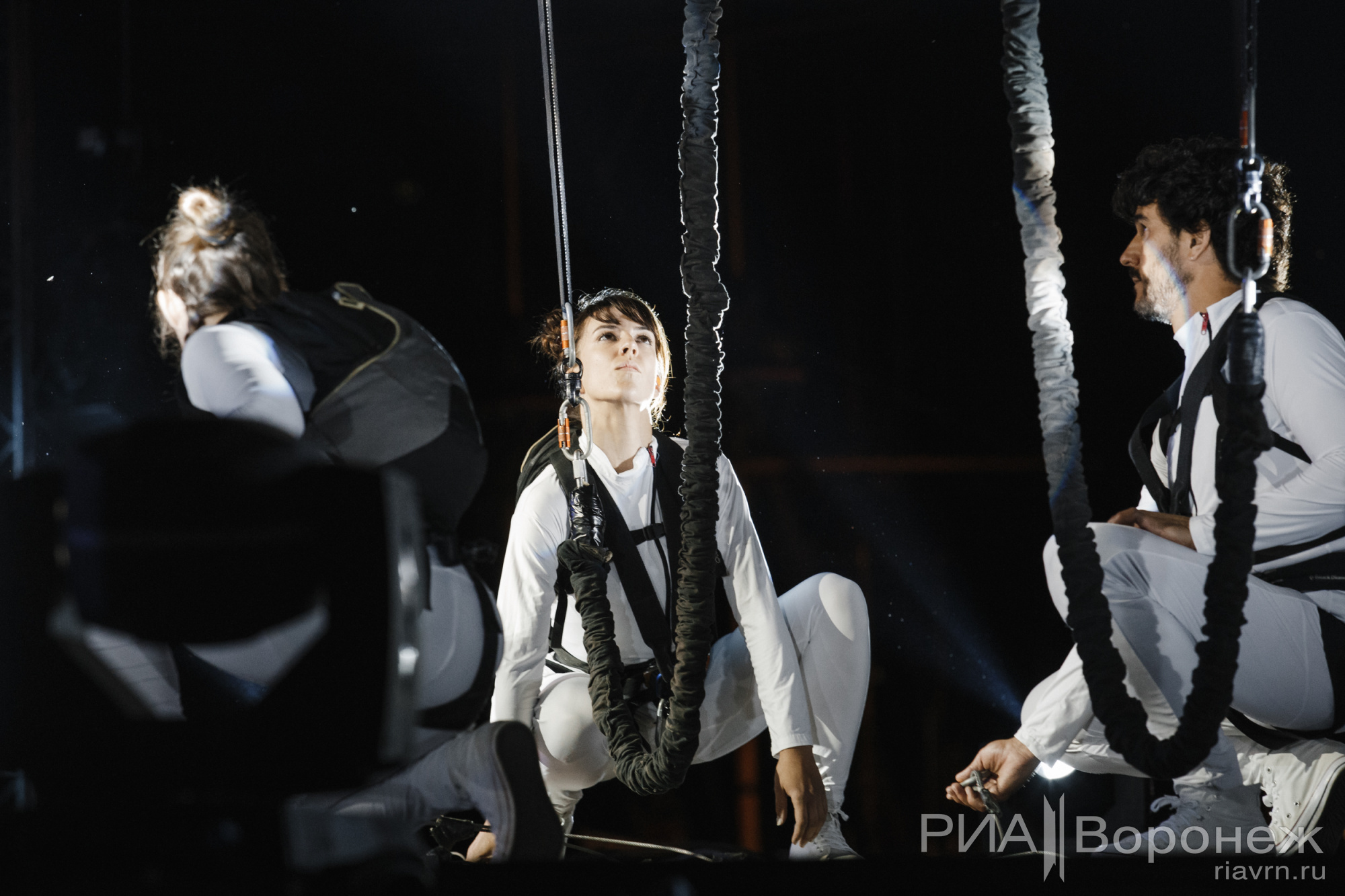 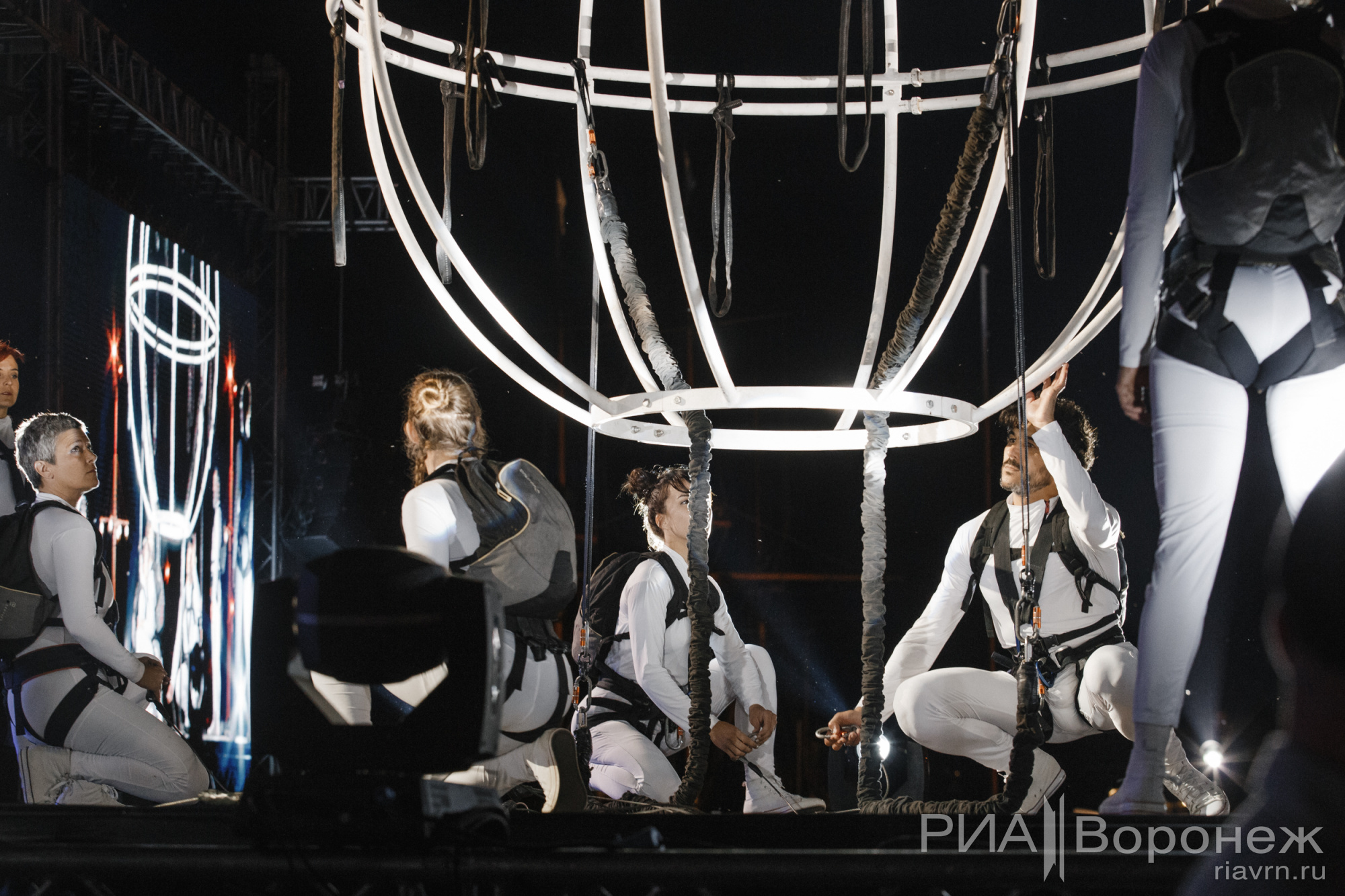 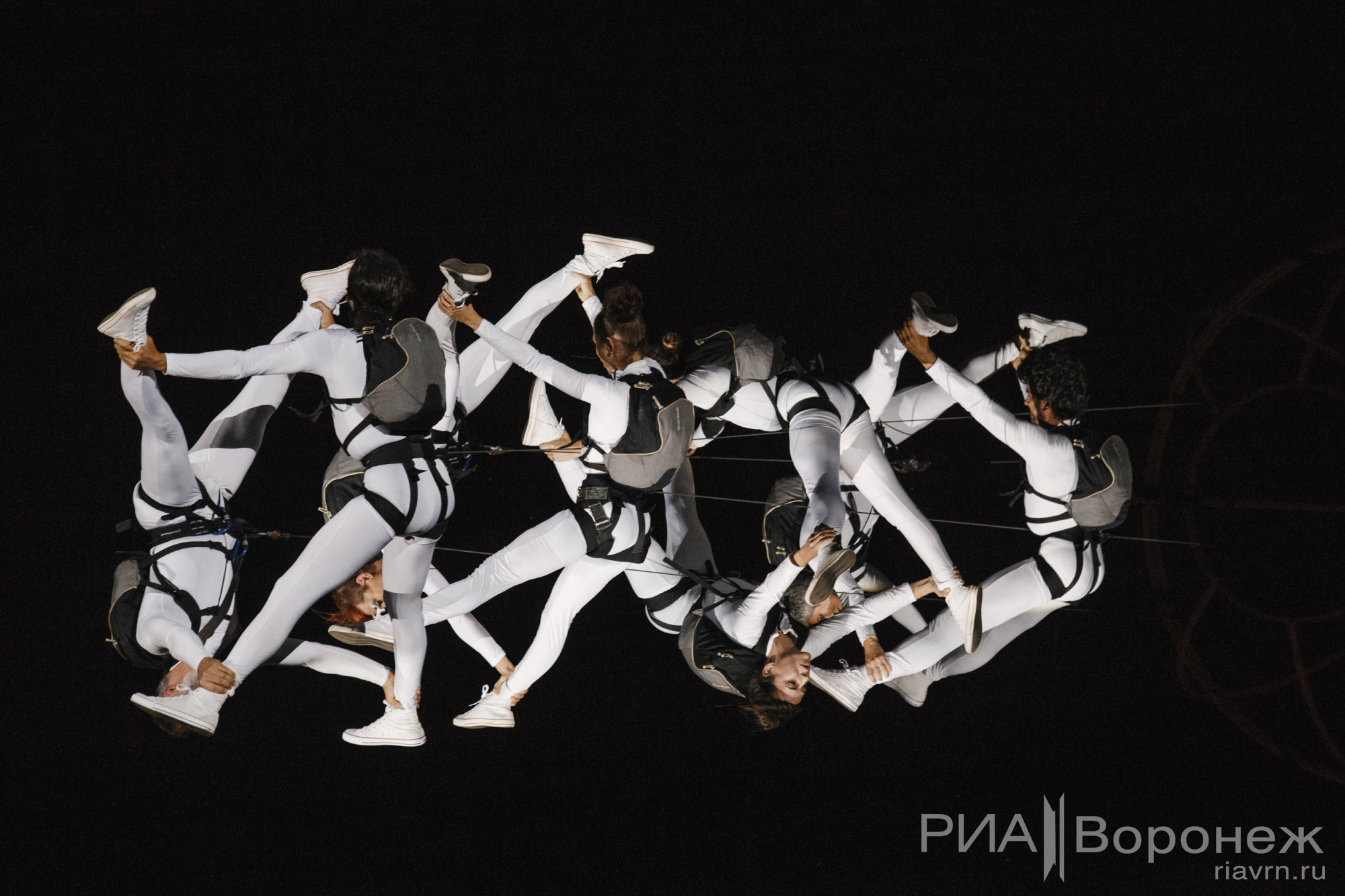 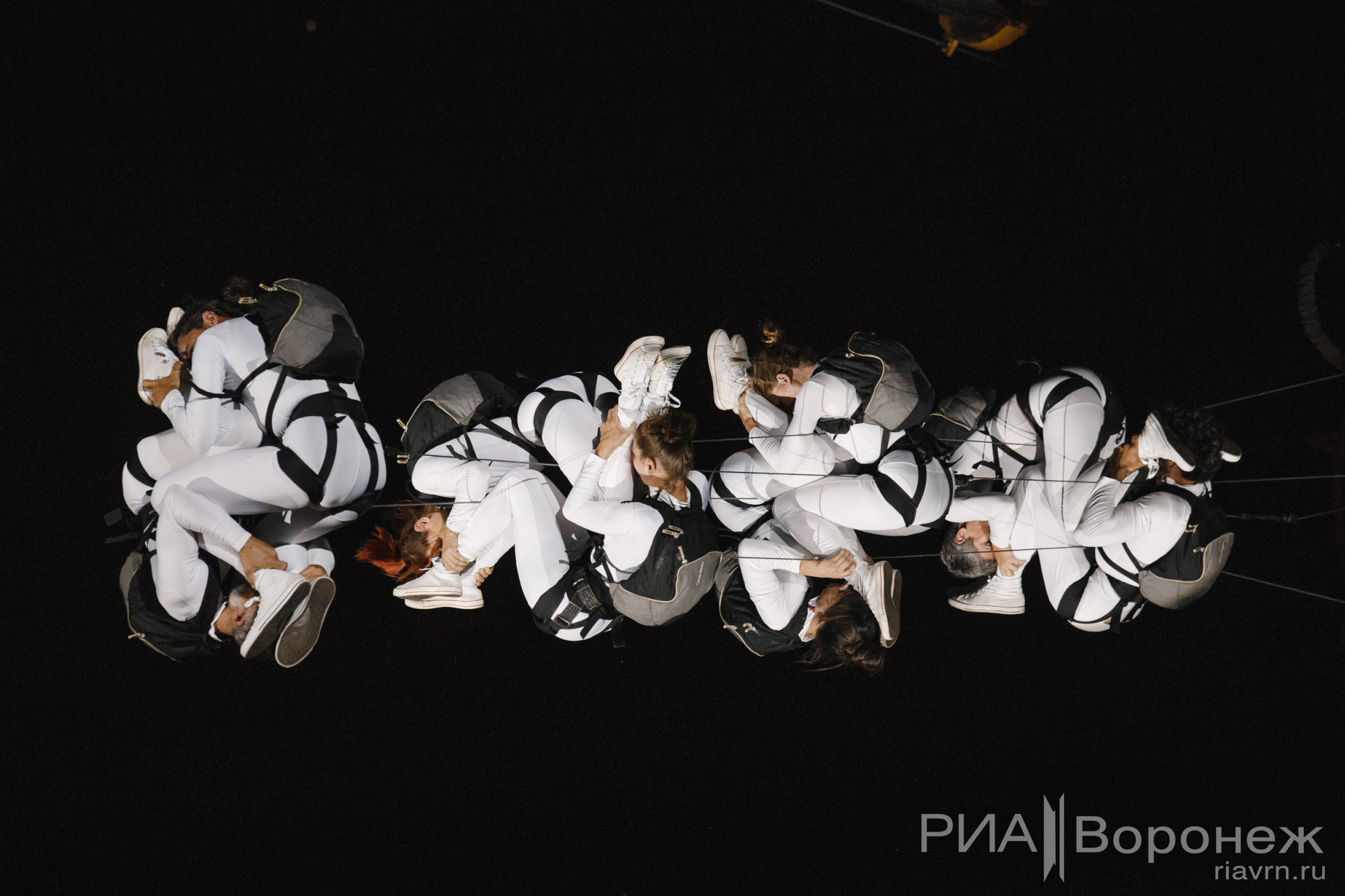 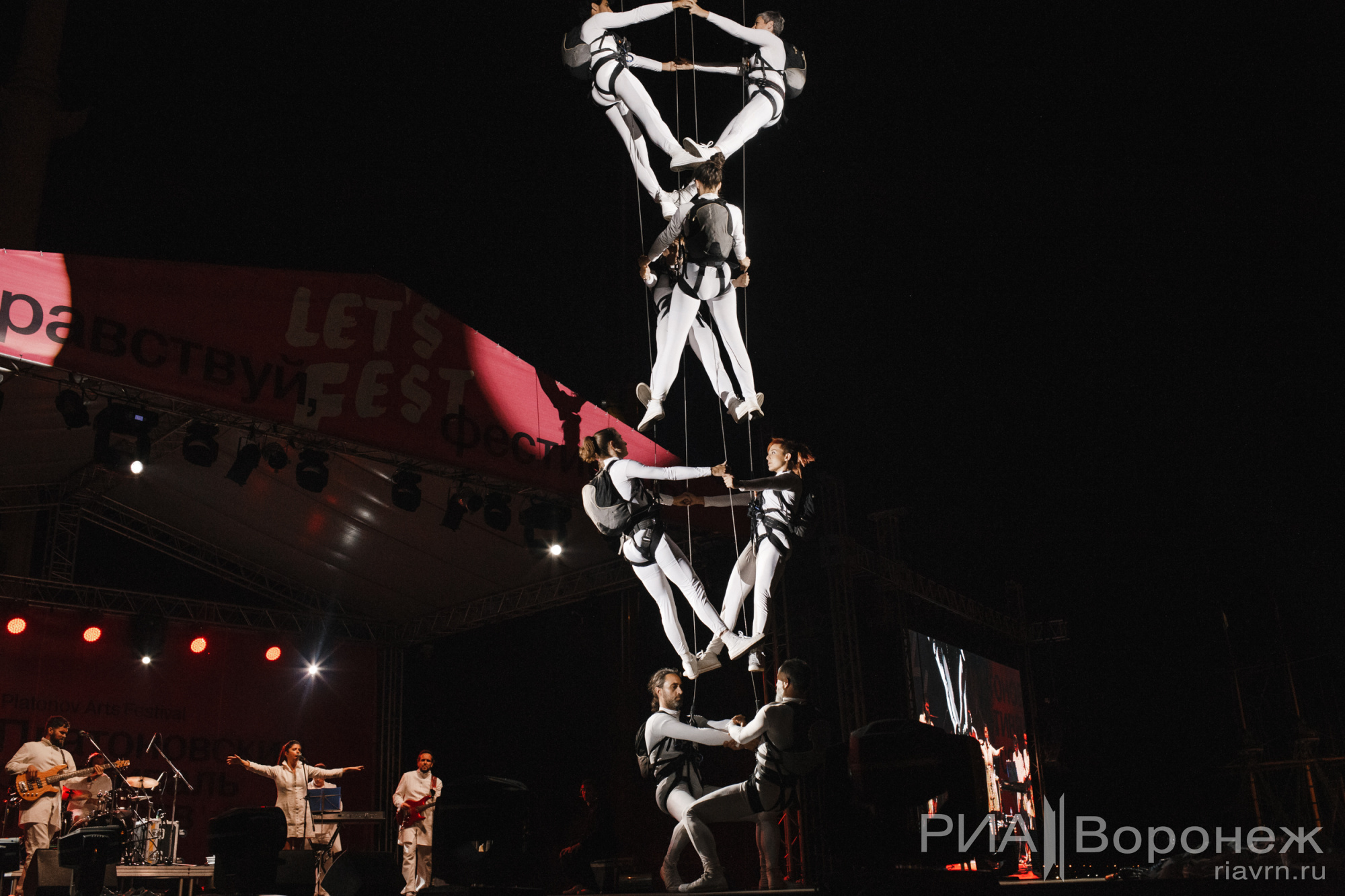 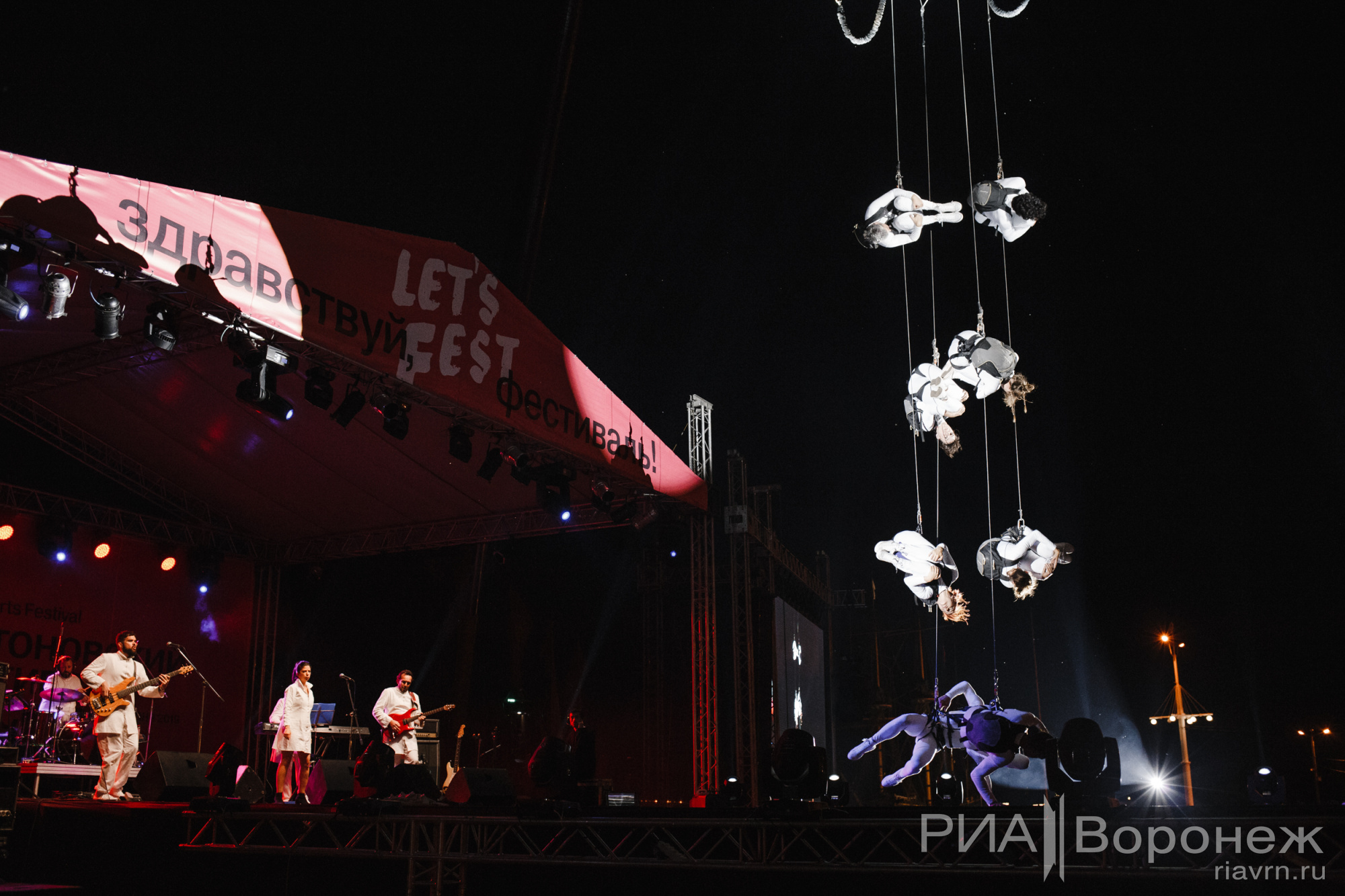 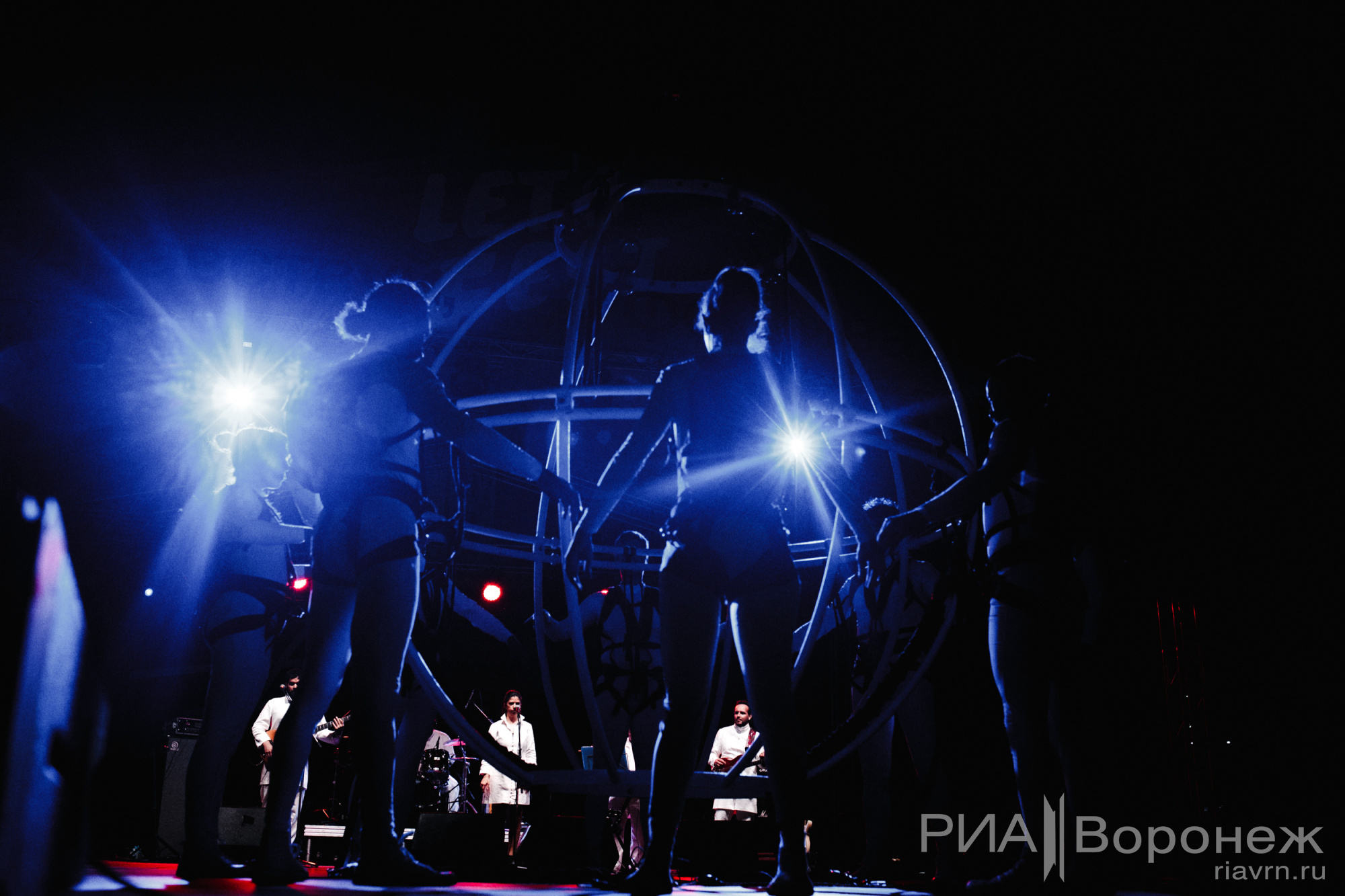 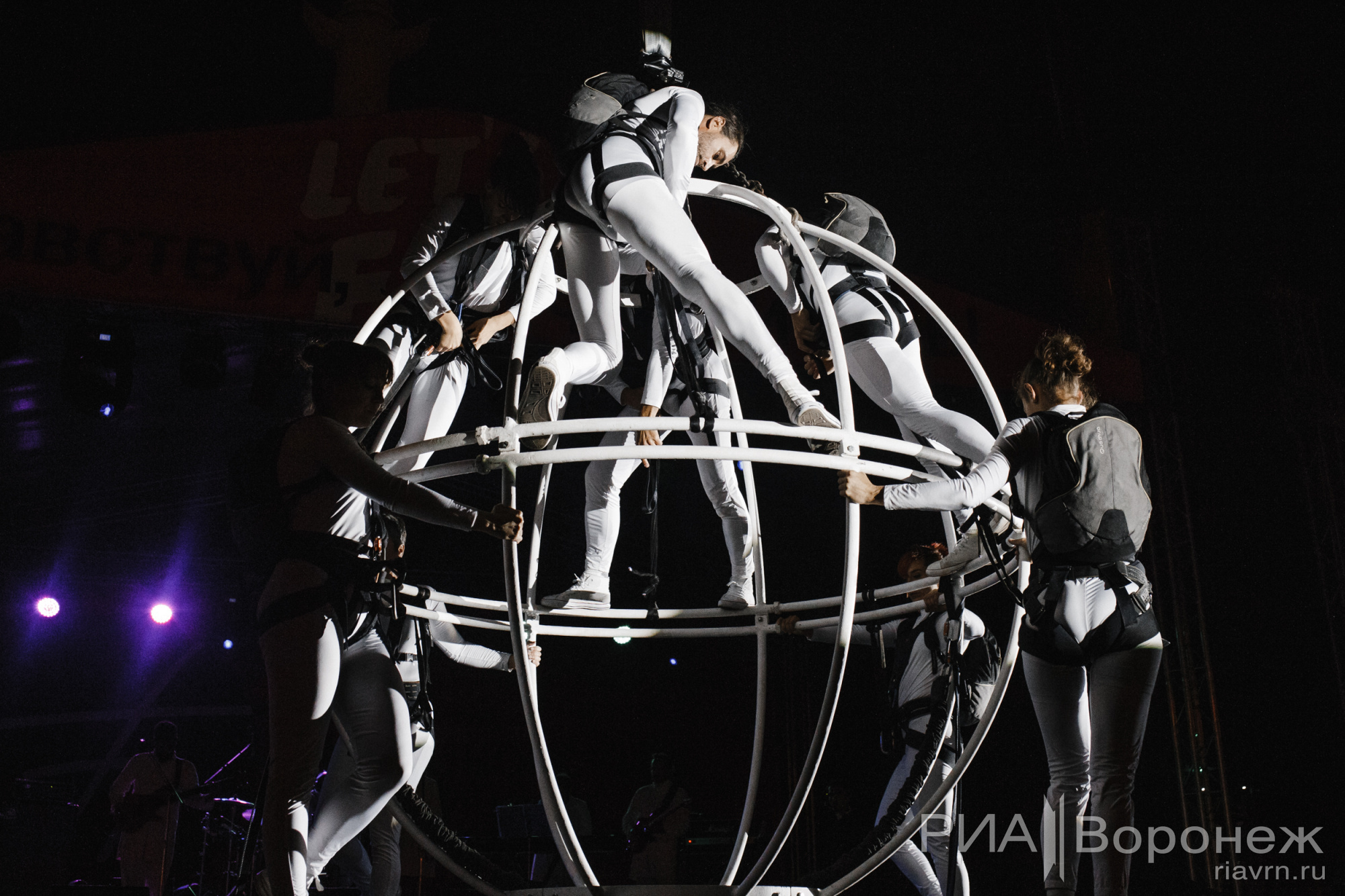 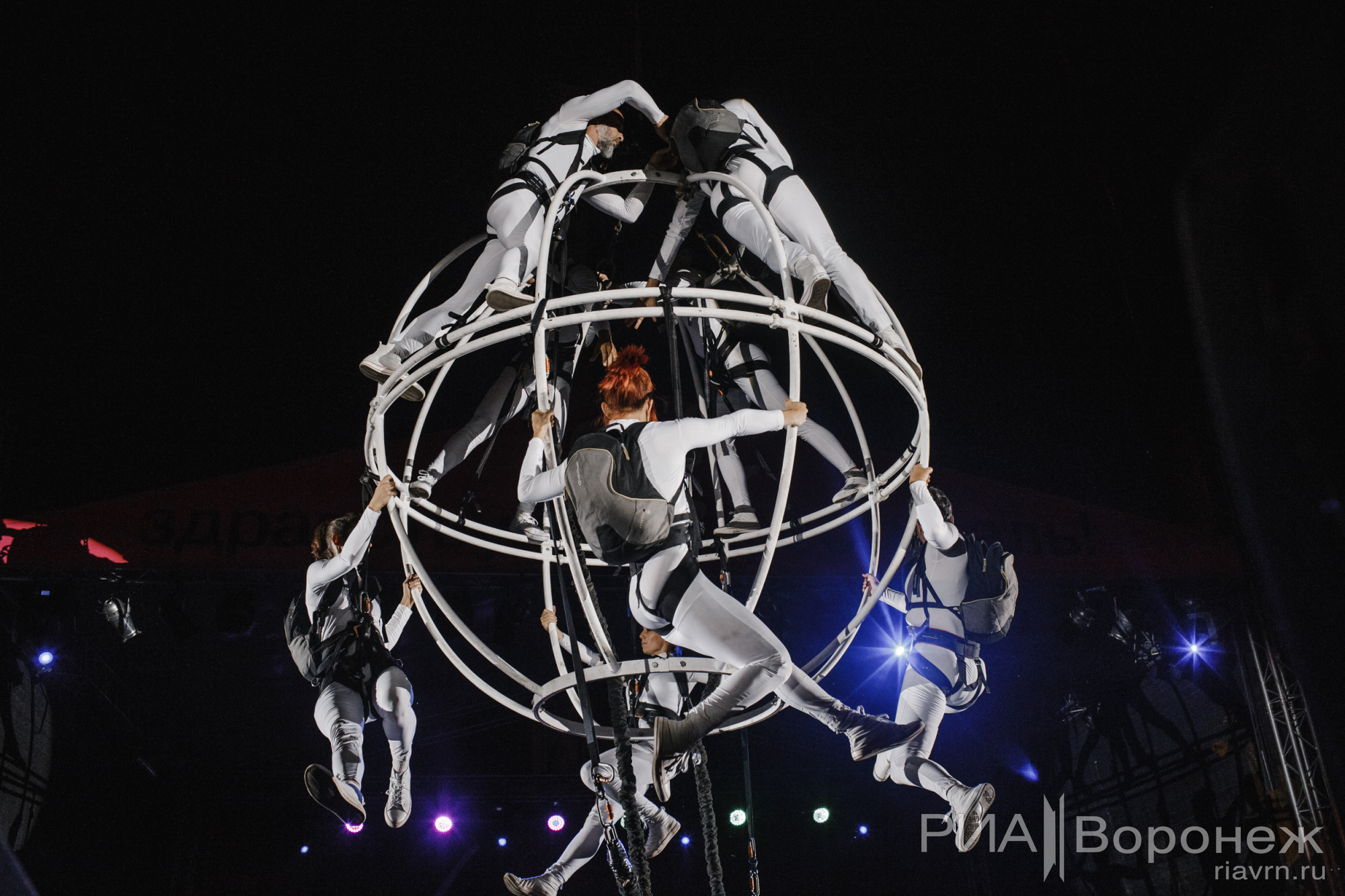 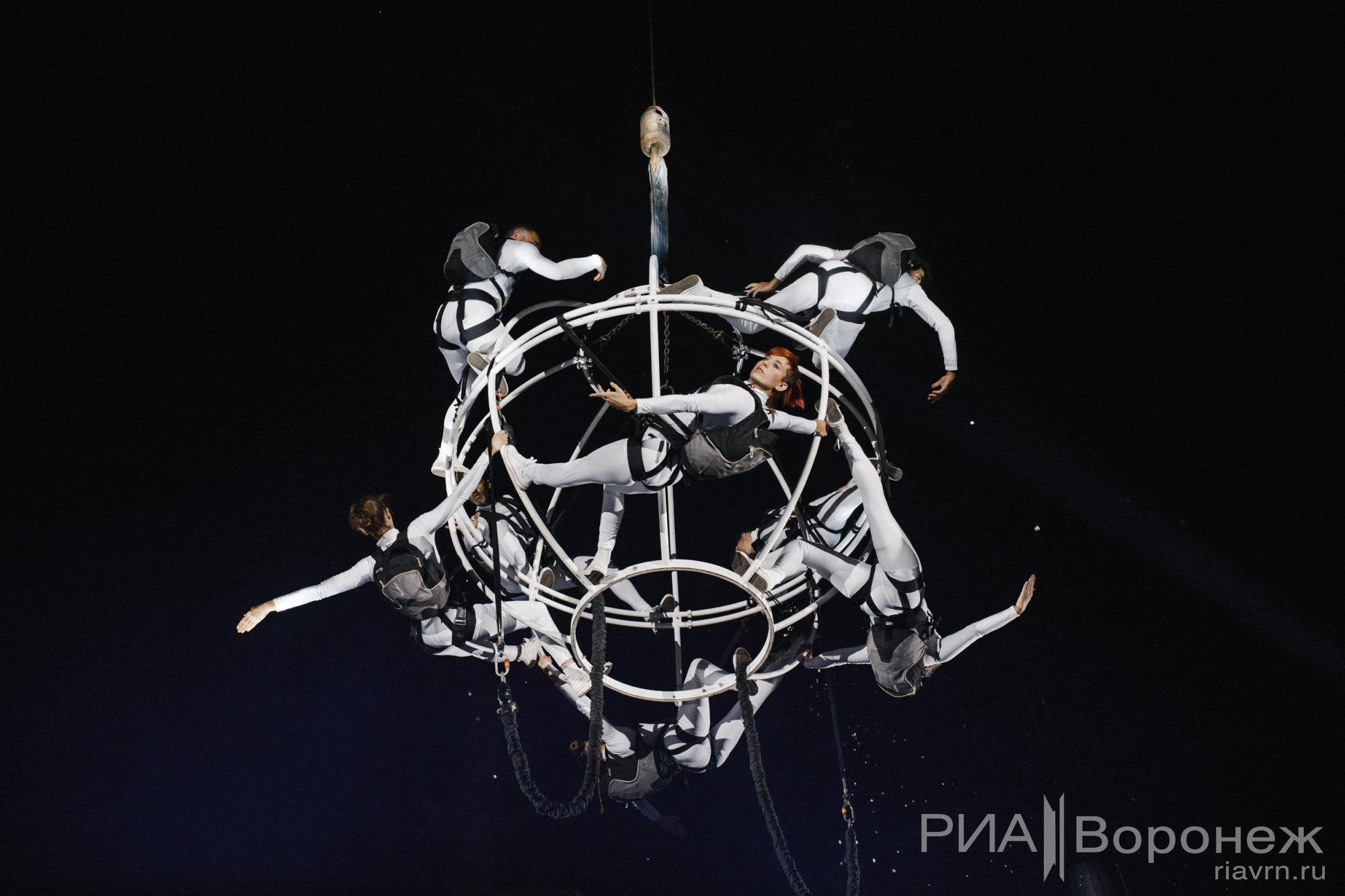 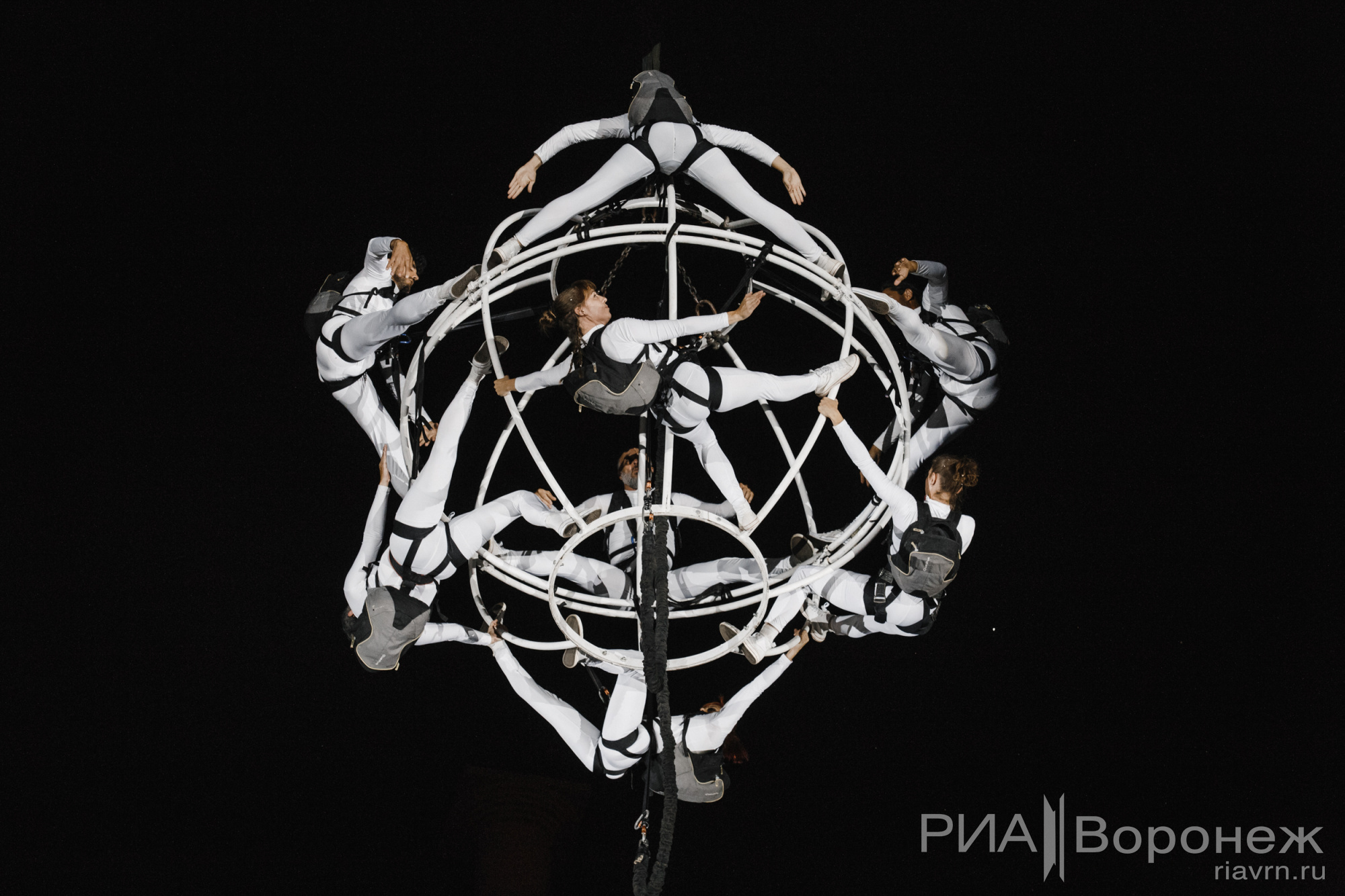 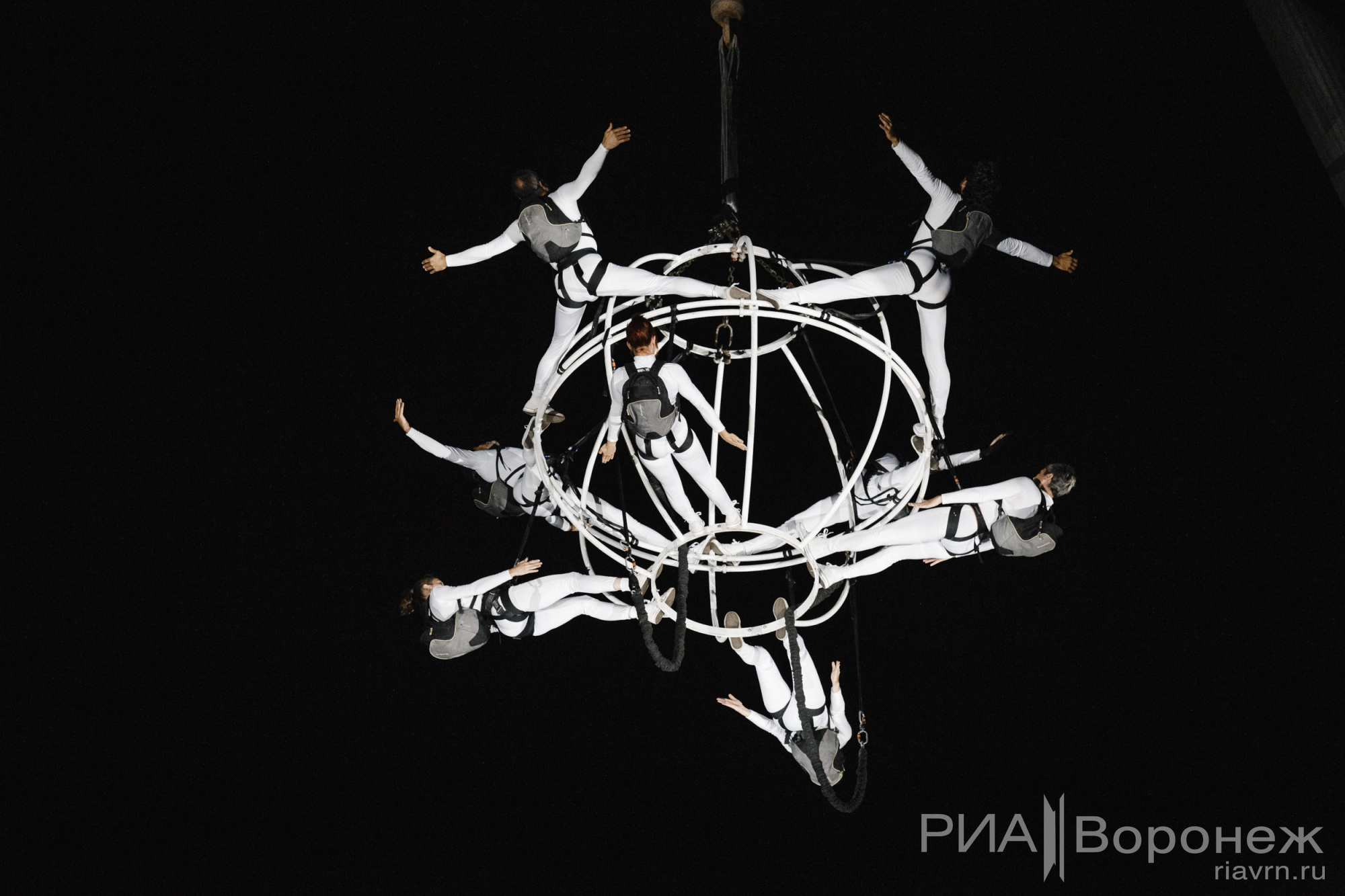 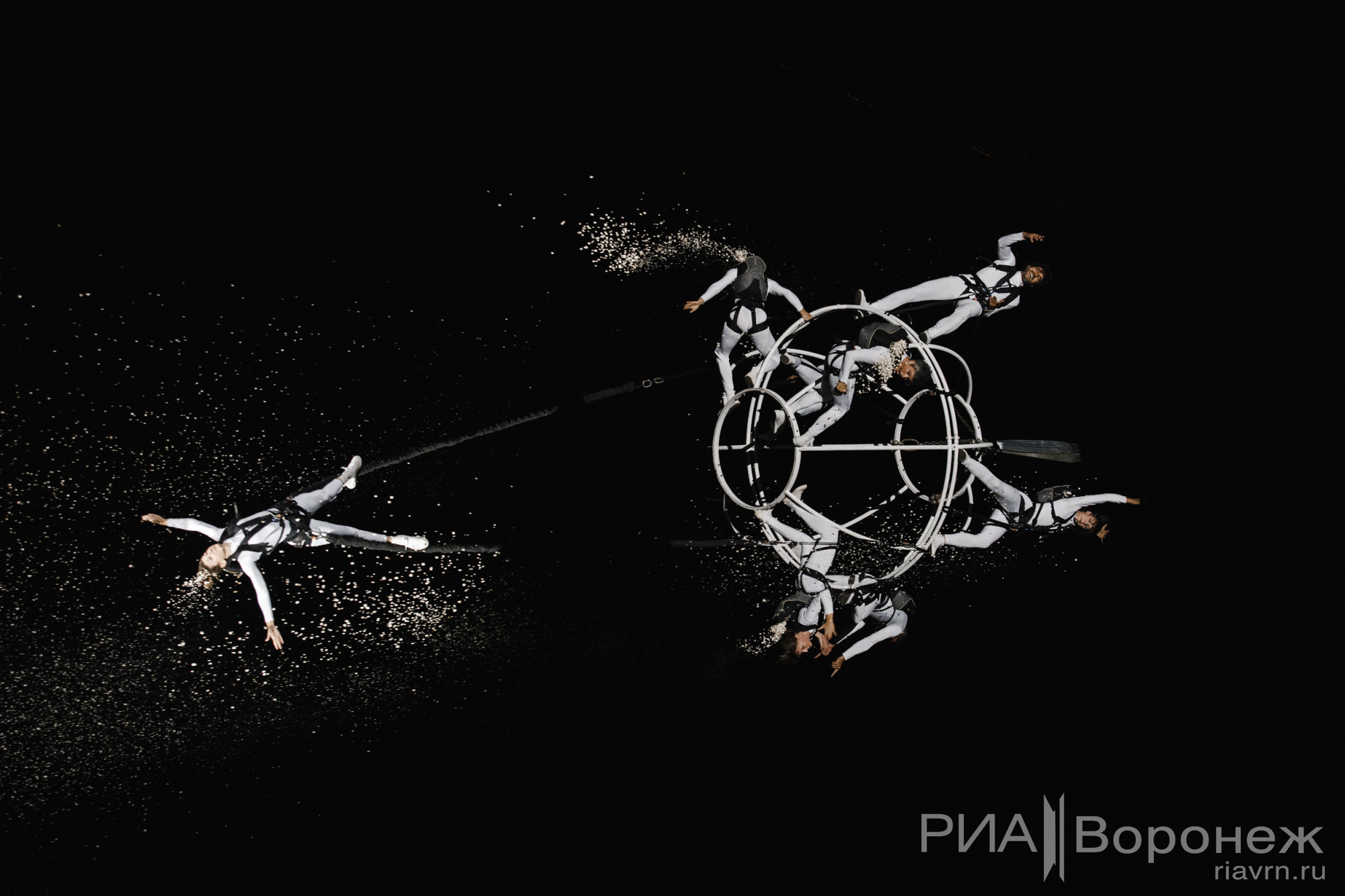 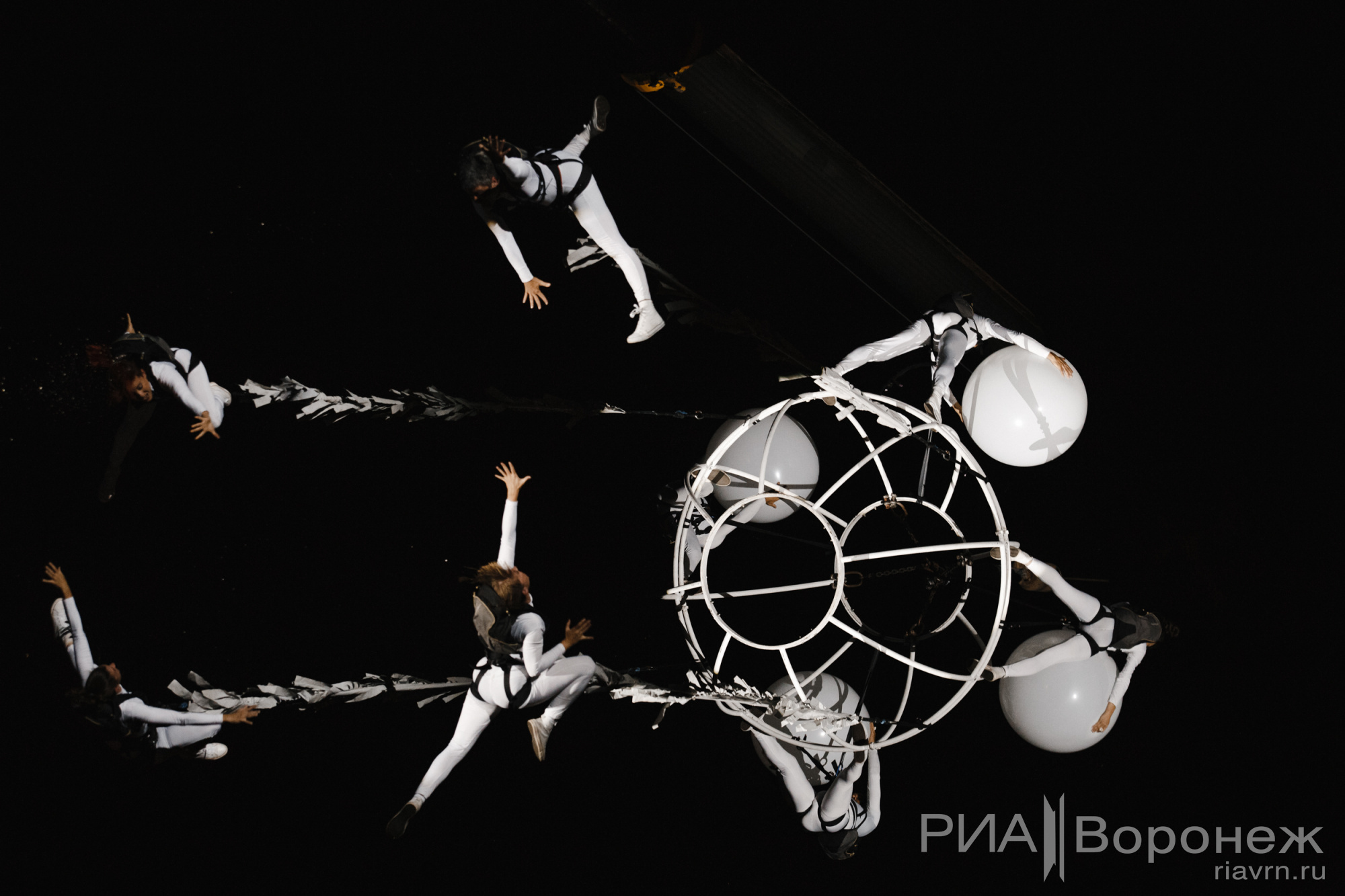 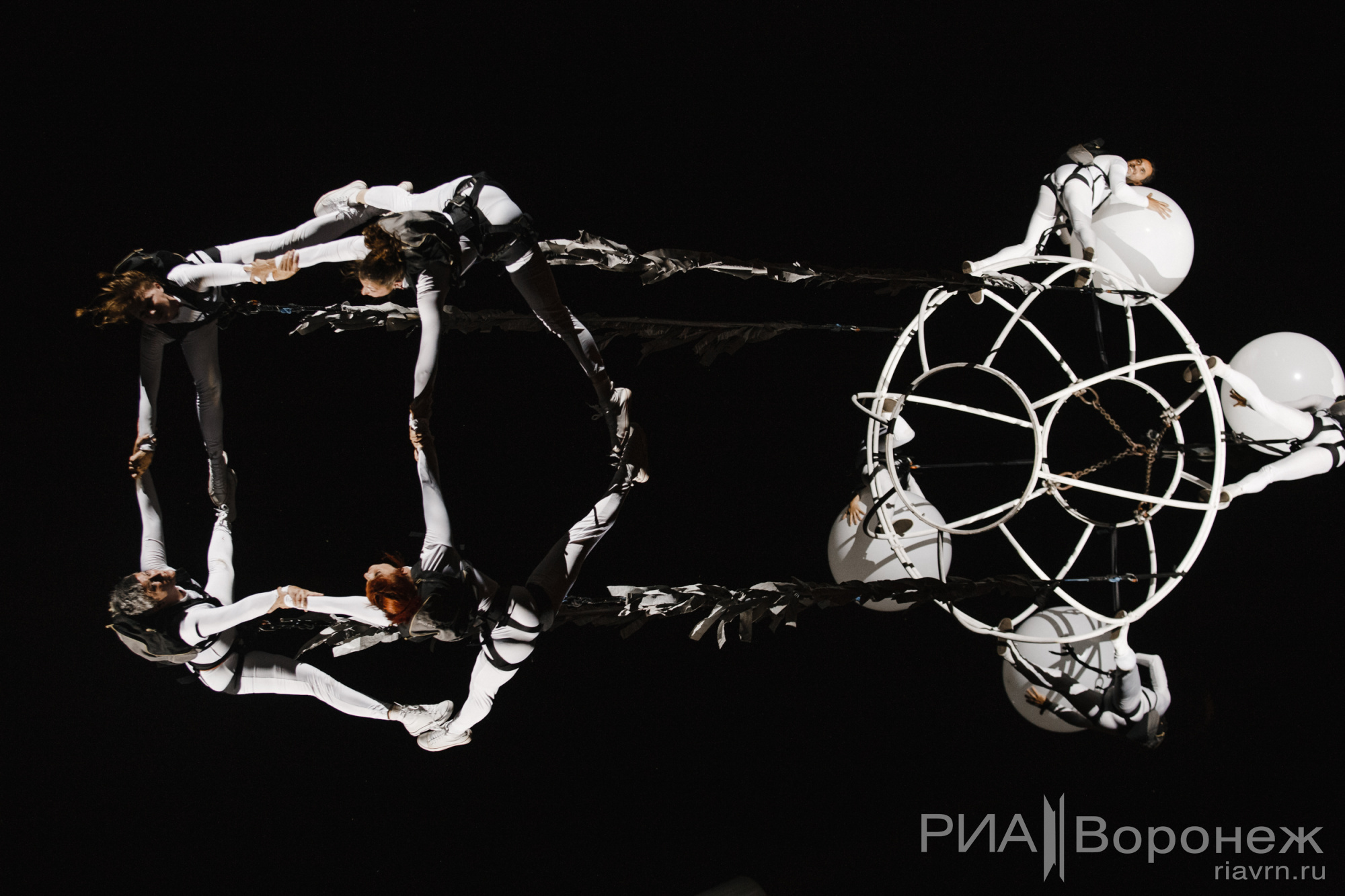 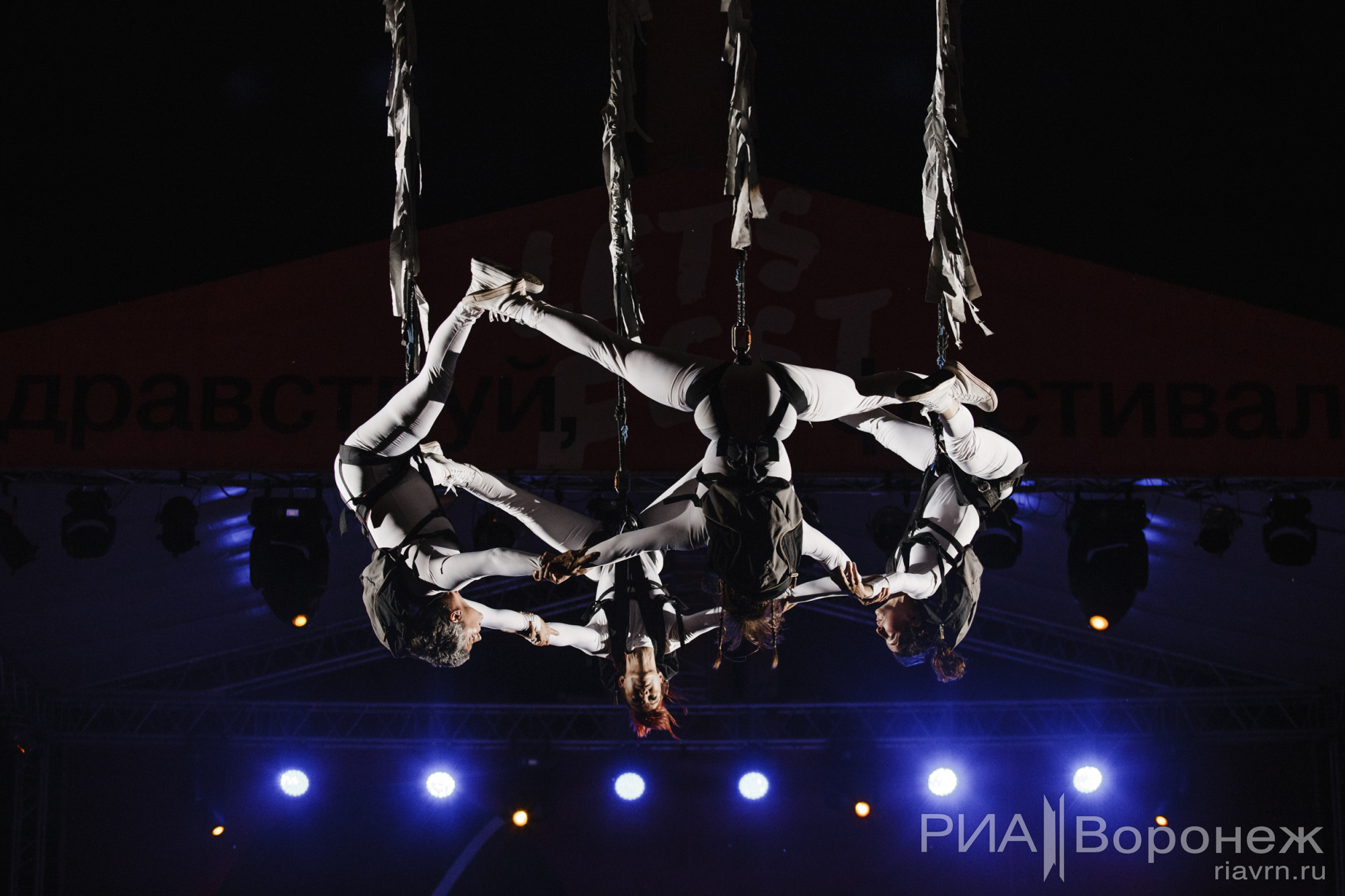 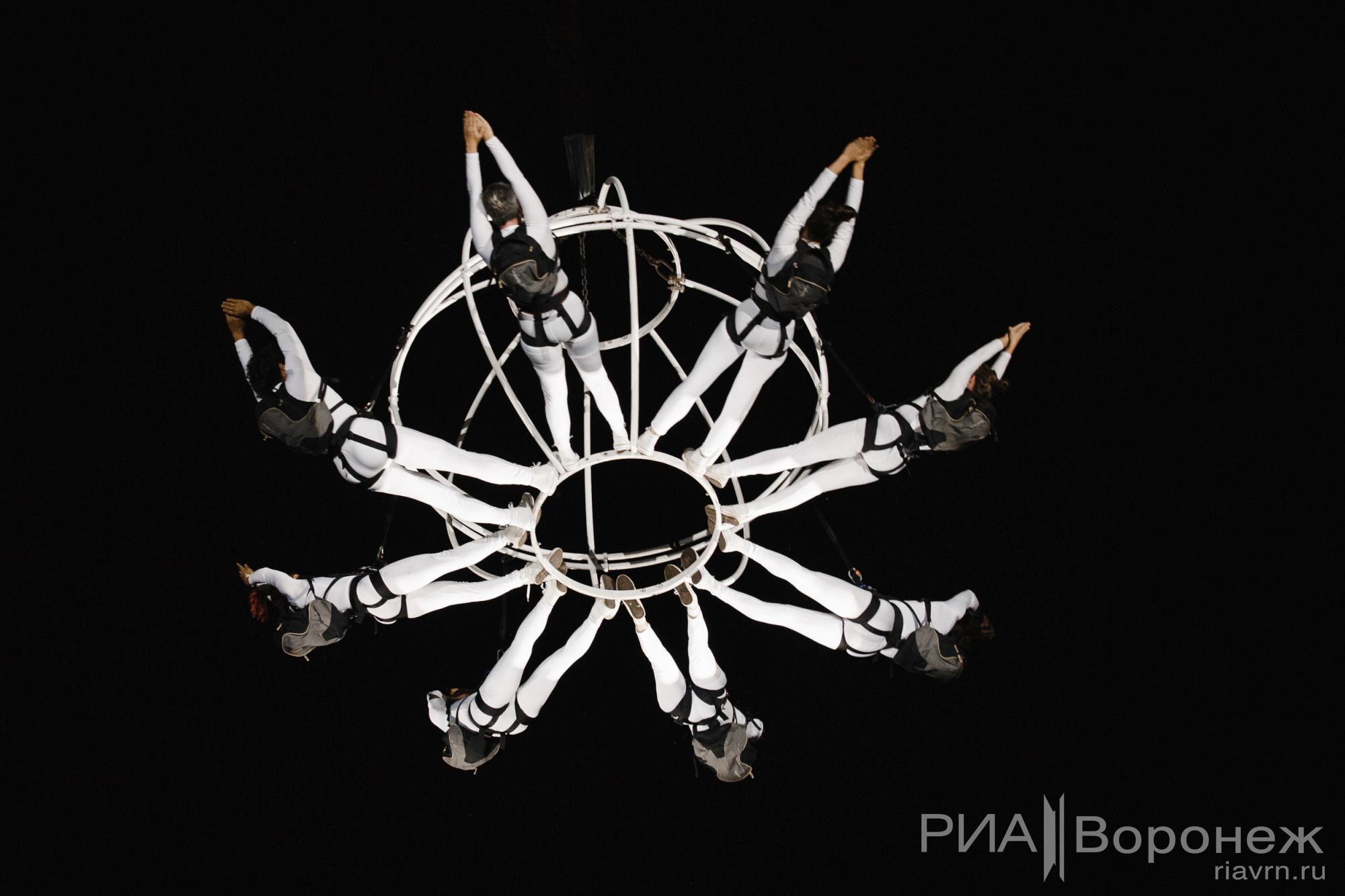 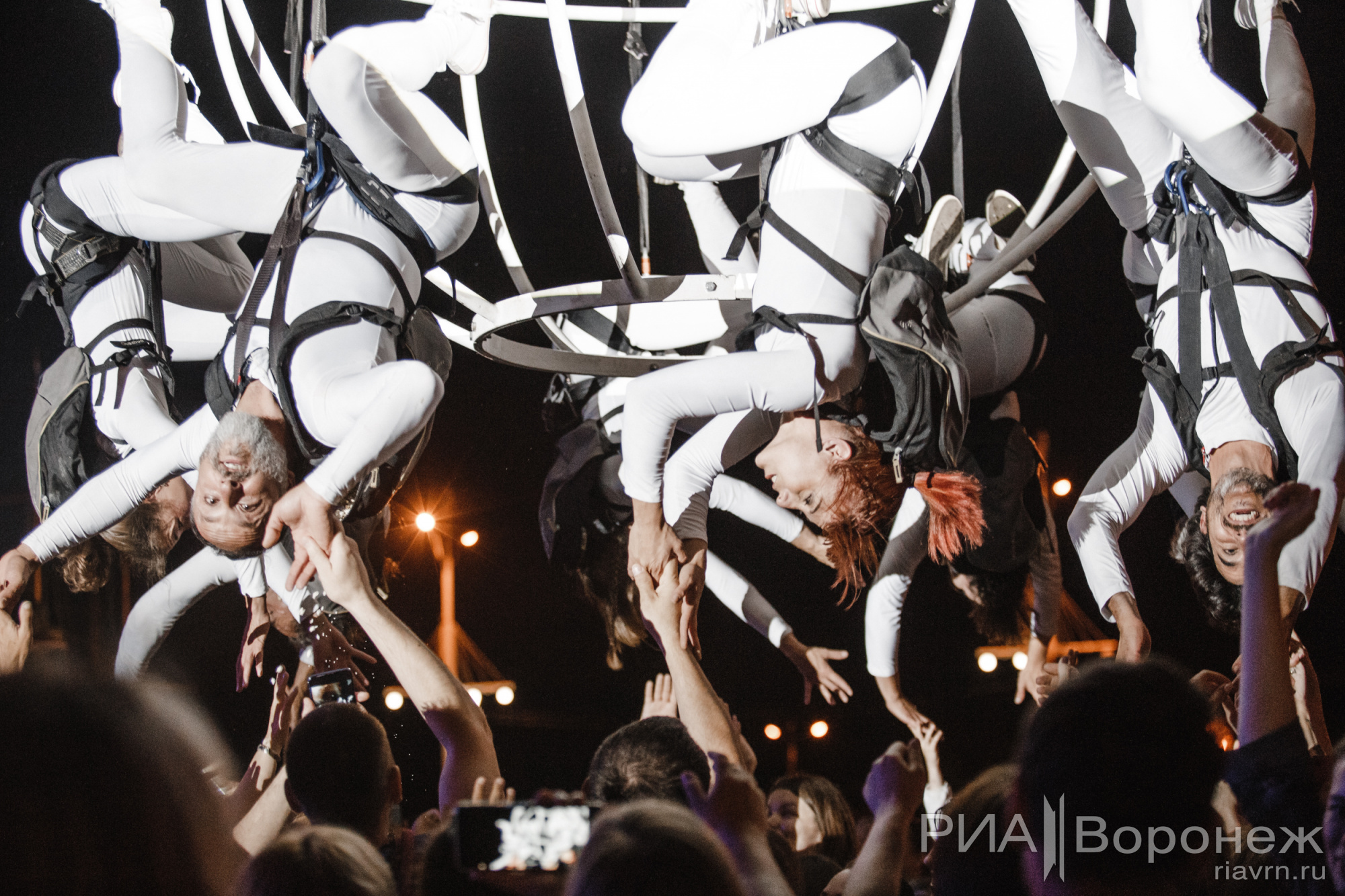 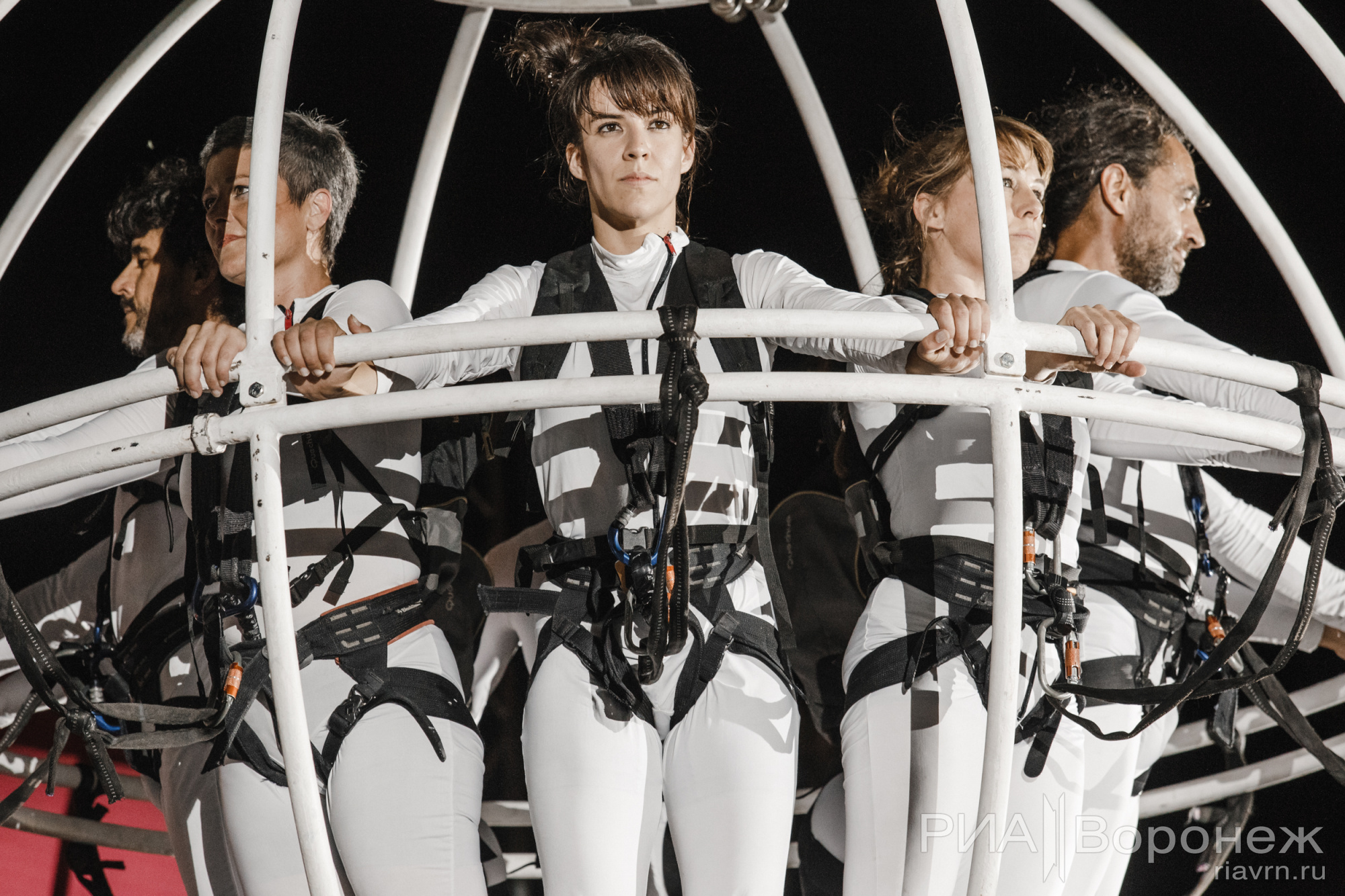 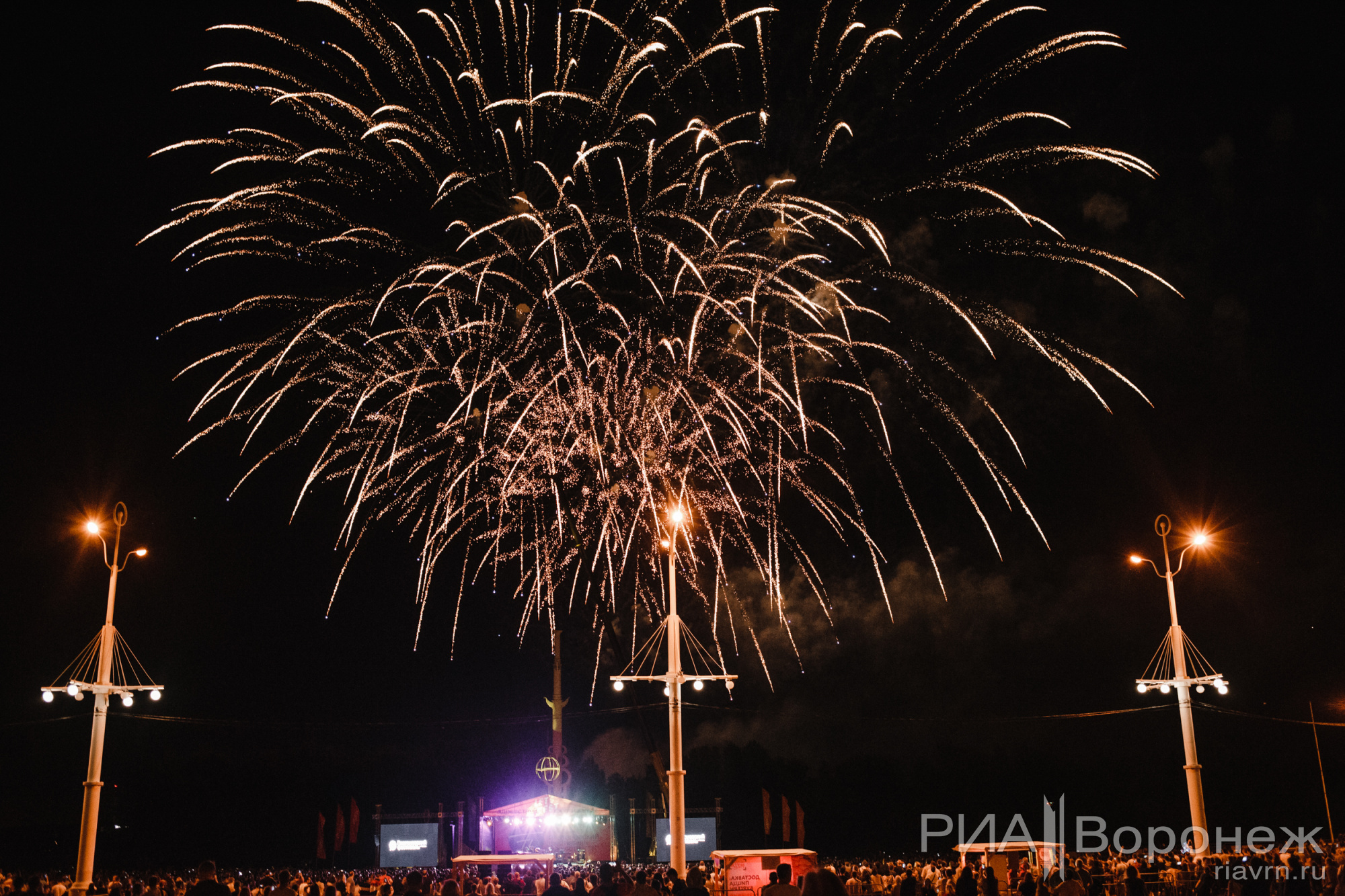