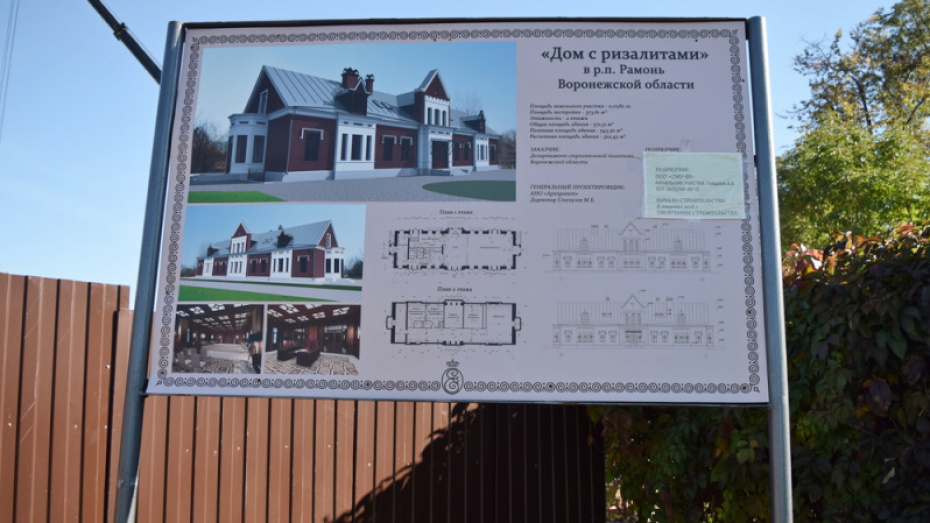 Up to 54.5 million rubles will be allocated for construction.

The Department of Construction Policy of the Voronezh Region began searching for a contractor to develop engineering documentation and build a house with risalits in the Oldenburg Palace complex, as follows from the documents published on the public procurement website on Monday, July 22. Up to 54.5 million rubles will be allocated for the works from the regional budget. The house with risalits will be recreated before the end of 2019.

According to the published documents, it is planned to construct a new building along with demolishing the existing two-story former residential building located on Mosin Street in Ramon. There used to be a house with risalits here – a building from the second half of the XIX century, which was a part of the Oldenburg estate. The contractor will have to recreate the historical appearance of the building.

The renovation work on the territory of the Oldenburg Palace complex in Ramon has been going on since 2010. The development of the park near the palace was finished in 2012. The repairs of the palace building itself began in 2017. The renovation of the house with risalits was scheduled back in 2016. The regional authorities wanted to open a wedding palace in this building. 75 million rubles were promised to be allocated for the reconstruction of the premises and creation of a Civil Registry Office in it. However, they never found a contractor with an interesting design project. In the spring of 2018, about 100 million rubles were planned to be allocated from the regional budget for the restoration of the house with risalits in the Oldenburg Palace. The authorities wanted to finish the repair works in the basement of the palace, restore the old staircase and the roof, and also equip the building with the power, plumbing, and sewage systems.