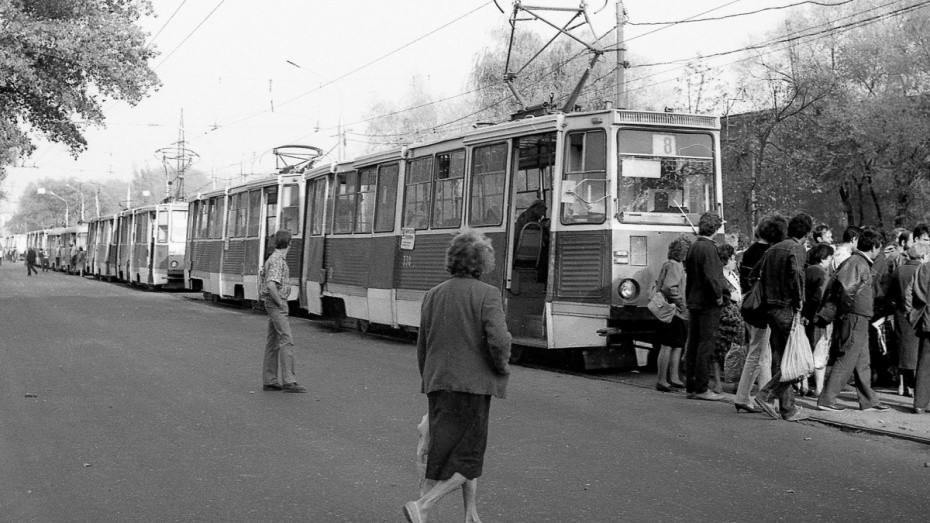 Memories of the townspeople about the first nation-wide election of the president.

On June 12, 1991, the first nation-wide elections of the President of the RSFSR were held in which Boris Yeltsin won. It was he who, in 1998, proposed renaming the Day of adoption of the declaration of state sovereignty of RSFSR into Russia Day. This was officially done in 2002 with the adoption of the new Labor Code. Residents of the regional capital told the journalist of RIA Voronezh what they were doing on the election day in 1991, what moods, expectations, and hopes they had.

“I remember the elections of the President of Russia in 1991 very well. By that time, I already had considerable experience as a secretary and chairman of district election commissions. And at that point, I worked as the first secretary of the district committee of the Komsomol.

At the referendum in March 1991, our fellow citizens voted to preserve the USSR and introduce the post of president of the RSFSR. The elections were scheduled for the day of the first anniversary of the adoption of the RSFSR Declaration of Sovereignty. For the first and last time, the vice president was elected along with the president. There were six pairs of candidates. The leader of the USSR, Mikhail Gorbachev, had by then completely lost his authority. Gorbachev supporters were represented by his unimposing comrade Bakatin with a program just as unimposing. As a result, he took the last place. People were looking for an alternative to perestroika and democratic reforms, which led to a decline in the quality of life. At the same time, society longed for a change. All this allowed the star of Vladimir Zhirinovsky to rise, who took third place in those elections. From the Communist Party, Nikolai Ryzhkov came forward together with Boris Gromov. He was already over 60 years old, he had retired from the post of Prime Minister of the USSR for health reasons shortly before the election. In addition, the Communists could not offer a meaningful alternative. All this weakened Ryzhkov's position, and in the end, he took second place. The current (at the time) chairman of the Supreme Council of the RSFSR Boris Yeltsin was nominated in conjunction with Alexander Rutsky. As a result, the Yeltsin-Rutskoi pair turned out to be the winners.

Despite the good weather, the beginning of summer, there was no festive mood at the elections. Personally, I had a sense of anxiety, an awareness of the dangers of Gorbachev’s and Yeltsin's policies, and an understanding of the need to look for a way out of the impasse into which the irresponsible leaders of the country had led us.”

Valery Chernikov, the Director of the Center for the Support of Non-Profit Organizations in the Voronezh Region, a member of the Regional Public Chamber:

“It was an interesting time. The words of Viktor Tsoi’s song “We Await Changes” were heard from open windows, the spirit of freedom was in the air, people stopped being afraid, and everyone expressed their opinion openly. Almost no one understood what was really happening and where we were going.

I was a student and lived in a dormitory of the Technological Institute in Beryozovaya Grove. My friends and I went to the polling station in a school in the morning because at that time, there were buffets working at the polling stations and you could eat something tasty, but everything was already eaten by noon. It was a time of massive deficit, awful inflation, coupons for basic foodstuffs. Today, young people cannot even imagine how it is possible for vodka and sugar to be given out by coupons and for people who decide to marry to have to take a certificate from the registry office to go to a jewelry store and buy wedding rings.

When the election results were announced, many were shocked, and after some time we woke up in another country. Historians and politicians will give an assessment of the activities of the first president of Russia for more than one decade, but I can say one thing for sure: we have lost a great country that cannot be restored.”

Victor Troynin, a retired police lieutenant general, the head of the Center for Forensic Non-State Evaluations:

“It is impossible to change the economic or political formation overnight. We realized this and reacted accordingly - we ensured order to the greatest possible extent without letting our emotions splash out.

I myself did not vote - I did not have the time because of a busy day. There were dozens of attempts to arrange unrest, which we had localized trying to prevent disputes from turning into internecine situations. For us, as law enforcement agencies, it was important that people would not kill each other and would not lead to undesirable consequences.

The hopes that prevailed in 1991 were not very objective because everything had changed so dramatically. Things never change dramatically in politics and in the economy. Sudden changes are tantamount to braking the car in a way that passengers die. We slowed down the development of a socialist way of life, industrialization, the planned economy. But we wedged into democracy, and democracy was not able to resolve the issues that arose at that time.”

Ivan Chukhnov, ex-head of the Department of Culture of the Voronezh administration:

“Everyone was tired of perestroika. Yeltsin made a speech that Russia would rise from its knees and we would live happily and well. Our cultural institutions have traditionally housed about 30 polling stations. I voted in the morning and then I had a working day until late at night. In the afternoon, I went around our polling stations, checked the technical specifications. In institutions or in adjoining territories, where it was possible, there were concerts of our ensembles in order to cheer people up. I remembered that there were groups of people of different ages and different views who argued fiercely practically at every polling station. It was sort of a colossal political club with debates. People tried to figure out what to do, whom to vote for.

The situation was very tense but peaceful. Naturally, the older generation spoke in favor of the Communist Party. There were opinions both for and against Yeltsin. The time of violent rallies with glass breaking in the regional administration and fights, when people poked flags into each other, came later. But at that moment, everyone wanted to vote in a way to make things better. Even those who were against Yeltsin counted on him in their hearts. This is why Yeltsin won with 57% of the votes.

There was an absolute feeling of fair elections. I had led the Department of Culture for 27 years and I had been at all elections all these years - I know what I'm talking about. At that time, everyone felt that life and fate depended on it. Some wanted to regain the lost hope - the Soviet Union. I know for sure that there were no violations at the sites, the turnout was high. In the next election, both turnout and interest were already different. People were disappointed.”

“It was a completely unusual time because there was no longer a communist dictate, propaganda, no one was pressing on you, and the people were on the verge of a new Russia. And it seemed that if we came and elected the president, vote for the new things that we were expecting, it would make things good - at least better than they were yesterday, the day before yesterday or all the previous, quite painful and difficult years. No one knew how it would be, how it would end, and what challenges lay ahead. The main mood of that time was hope and an optimistic aspiration for the future. It seemed that things would no longer be so bad, there would be none of this oppressive timelessness that had taken place in previous years. And, of course, no one knew that literally two months later the coup would break out after which everything would end. And June 12, 1991 is seen as a small door to the future that may be different: more reasonable and meaningful.”

Sergei Kovalyov, the Chief Visiting Cardiac Surgeon of the Department of Health of the Voronezh Region:

“On the election day, I was on duty and operated on a student who had a heart wound. It was some kind of unpleasant situation - a fight near the Technological Institute - just overnight from Saturday to Sunday. I managed to vote, however, I was tired from my duty.

Everyone was waiting for some changes, there was enthusiasm. At the turn of the 1990s, there were already many tense moments. For example, in 1989, we had the last specialization at the Bakulev Institute of the Academy of Sciences. There was a large international group of cardiac surgeons from the Baltic States, Moldova. We felt separatist attitude in them - we didn’t particularly see it, but when they went into the locker room, they gave out some newspapers among themselves. It was not very clear to us then. And when perestroika began to slow down, I perceived everything from the perspective of a 30-year-old man who was already the father of a five-year-old child and had been working for eight years. The aspirations were great.

Who knows if our hopes came true or not. The fact that we are alive is good. But the statehood and the Russian authenticity have been forgotten; young people do not remember their roots. We also loved and still love The Beatles and Queen, but people right now don’t know the history. This authenticity needs to be returned.”

“I was at this election. I was glad that we were taking a new path, rejoiced at Yeltsin. The elections were encouraging. The fact is that the Gorbachev system was already rotten and everyone was waiting for changes in the country’s life: it didn’t matter if it were the Soviet Union or the CIS (we hoped that the CIS would remain and those who were dissatisfied would leave). We thought there would be peace on earth. There was no pressure anymore, freedom of speech had appeared, censorship had collapsed. In those days, I had just become an entrepreneur and also felt hope. Then came the “Gaidar times”, during which I had personally lost a lot, the vouchers with which we were deceived. Well, we were naive. The people didn’t bother to sort everything out - they told us that everything would be fine and we believed it. But the 90s became a very interesting time - I put my heart in my work, did local history programs.”

At the first presidential elections in the RSFSR - a republic within the USSR - the vice president was also elected (similar to the US election system, when the president and vice president are nominated as a single ballot item). The President of the RSFSR was elected for five years. In 1993, the term of presidency was reduced to four years, and in 2008 - increased to six years.

According to the results of the voting in 1991, the first place was taken by the candidates (president and vice-president) Boris Yeltsin and Alexander Rutskoi, the second - Nikolai Ryzhkov and Boris Gromov, the third - Vladimir Zhirinovsky and Andrei Zavidiya.