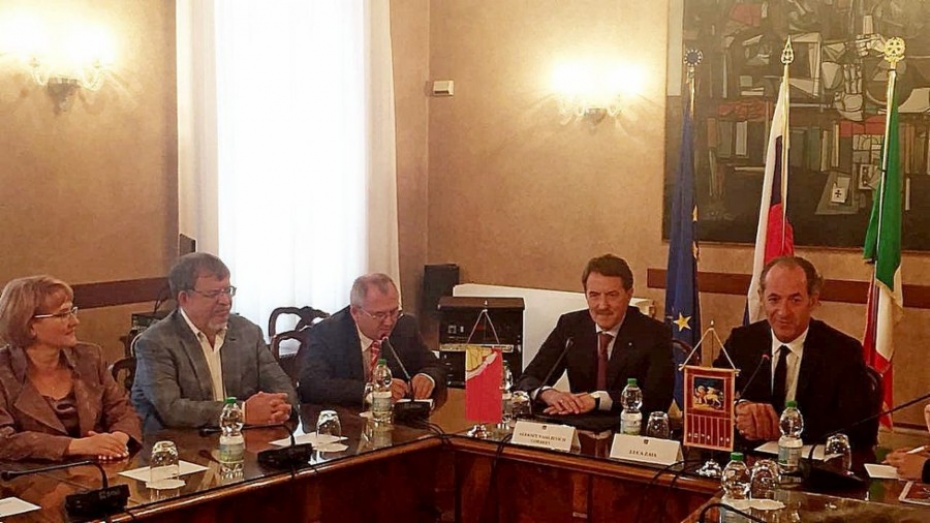 The regions will cooperate in such fields as trade, science, tourism and sports.

Governor of the Voronezh Region Alexey Gordeev and President of the Veneto Region (Italy) Luca Zaia signed a cooperation agreement – this was reported by the Press Center of the Voronezh Region Government on Tuesday, June 27. The regions agreed on cooperation in the fields of state administration and local self-government, trade and economy, health care, agriculture, tourism, sports and education.

The document was signed during the visit of the Voronezh Region Government delegation to Italy. The agreement implies establishing strong connections between the government agencies, research centers and educational institution of the regions, knowledge and experience exchange between specialists of science and research institutions at symposiums and work meetings.

It is no coincidence that Veneto became the place for international cooperation. It is one the most economically developed Italian regions with high level of agglomeration of industries. According to the 2016 statistics, the gross domestic product (GDP) of Veneto amounts to 9.4% of the GDP of Italy. As for economy sectors, the GDP is divided the following way: 25% - industry, 23% - financial and bank sector, 21% - service industry. An important place in Veneto’s economy is taken by the agricultural complex including cattle breeding, fishery and winemaking. The region extensively promotes its products on European and world markets.

Veneto is an Italian region located in the north-eastern part of the country with total area of 6% of the territory of Italy (18.3 thousand square kilometers). It includes seven provinces and 581 municipalities. The main administrative, economical and cultural center is Venice (270 thousand residents).

The region is in the first place in Italy in tourism – in 2016, the region was visited by 65 million tourists. Veneto’s annual income from tourism amounts to 8.4 billion euros. Venice is in the first place among Italian cities in the amount of tourist flows. The city has several universities as well as museum of world significance. The city’s cultural heritage is under the protection of UNESCO.