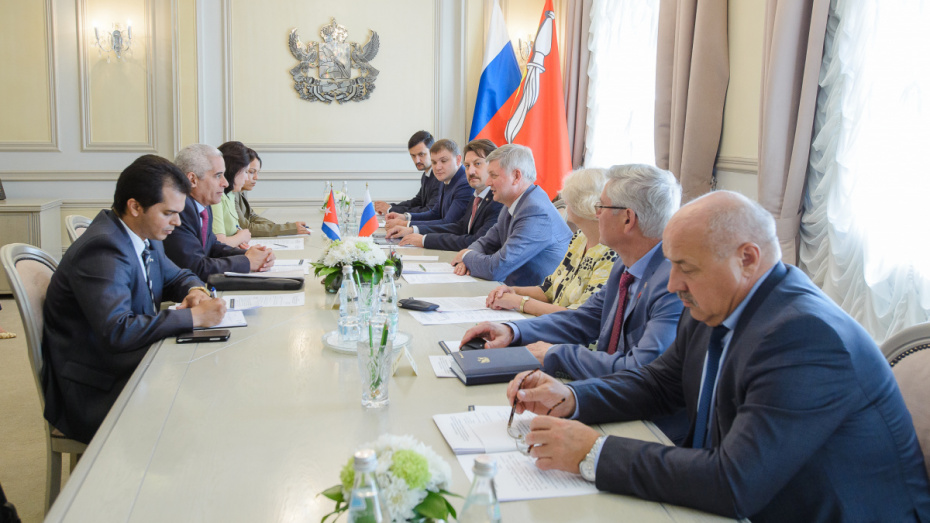 Alexander Gusev met the Ambassador of the Republic of Cuba in the Russian Federation.

The Head of the Region met Ambassador Extraordinary and Plenipotentiary of Cuba in the Russian Federation Gerardo Peñalver Portal on Thursday, June 21. Gerardo Peñalver Portal came to the region for the first time. Acting Governor of the Voronezh Region Alexander Gusev invited Cuban bands to the 2019 Platonov Festival, the Press Service of the Regional Government reported.

Alexander Gusev pointed out that the Voronezh Region “appreciates the experience of cooperation with Cuba”.

– Our fellow townsman Vitaly Vorotnikov used to be the Ambassador of the USSR in Cuba. We are ready to exert every effort in order to not only preserve our relationship but also to develop it. The Voronezh Region is interested in strengthening and expanding its partnership with Cuba in different areas, - the Head of the Region stressed.

– I would like us to advance our connections not just in terms of trade and economy, but also in education and culture. Last year Cuba was visited by over 100 thousand Russian tourists, - Gerardo Peñalver Portal noted.

The Ambassador Extraordinary and Plenipotentiary of Cuba in the Russian Federation invited Alexander Gusev to attend a major international exhibition in Havana – FIHAV-2018. The fair where businessmen introduce their new products and negotiate with their trading partners will be held from October 29 to November 2.