Chief Voronezh industrialist: “Despite the sanctions, we want to enter the world market” 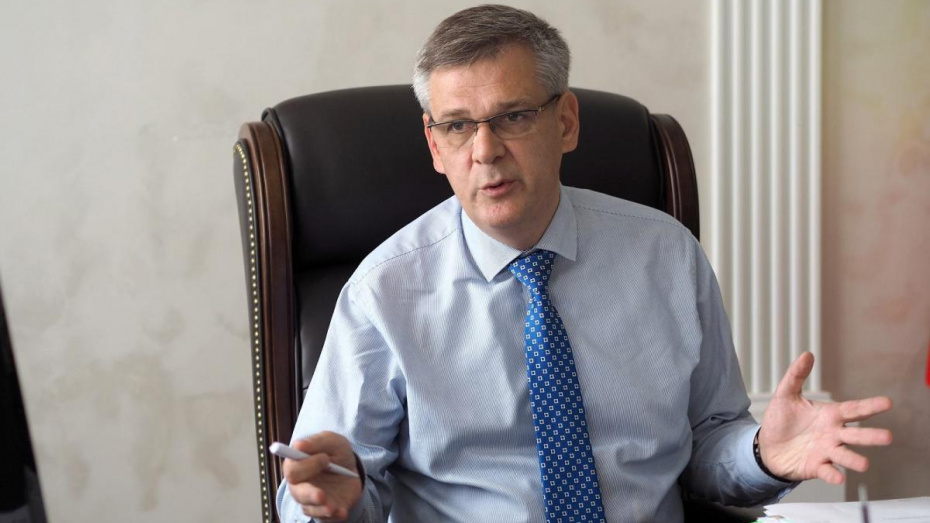 Alexander Desyatirikov spoke about the support of export in the region.

The Voronezh Region became a participant of the national project "International Export Cooperation". The Russian Government actively supports exporters of non-commodity goods, and by 2024, growth rates should be no lower than the world average. The contribution Voronezh can make to this goal was spoken about by Alexander Desyatirikov, the Head of the Regional Department of Industry and Transport.

– Alexander Nikolaevich, what kind of support from the state can export-oriented enterprises count on?

– The Ministry of Trade and Industry of the Russian Federation is making a lot of efforts. In particular, a support program has been developed for enterprises engaged in improving competitiveness. Information on the participating enterprises has already been collected. The program implies subsidizing part of the interest rate of commercial banks that issue loans for export development. Compensation will amount to 4.5% of the interest rate. This will be carried out by the Russian Export Center.

– For several years now, Russia has been promoting an import substitution policy. Is the national project linked to this trend?

– The issue has been repeatedly discussed at the Ministry of Industry and Trade. The developed concept suggests that import substitution will shift towards export orientation. In any case, export-oriented products are automatically import-substituting.

– How is the national project “International Cooperation and Export” implemented in the Voronezh Region?

– The visible part of the iceberg is the signing of an agreement on a special investment contract with Sibur, which is significantly increasing its export potential with the creation of a new enterprise. Tax incentives were provided in order to improve the economy and reduce project implementation time. The signed contract is governed by federal law. At the regional level, we have adopted all the necessary laws and regulations.

In the future, we plan to introduce state support measures in the region. We are talking about compensating a part of the cost of certification for foreign markets. This is a new measure. It is not enough just to bring the manufactured products to the region where we want to sell them. It requires obtaining certificates, thinking about the logistics, the customs procedure scheme. Foreign markets are closed to us namely by certifications, all kinds of permits. The cost of passing these procedures for our manufacturers is often quite high. We will compensate for their expenses from the regional budget.

According to customs statistics, the foreign trade turnover of the Voronezh Region in the first quarter of 2019 amounted to 539 million US dollars. The share of exports was 62%, of imports – 38%. As compared to the same period of 2018, the foreign trade turnover has decreased by 3.7%. At the same time, imports have increased by 1.5%, and exports have decreased by 6.7%. The trade surplus amounted to $ 129.6 million. In the first quarter of 2018, it was also positive – 156.6 million US dollars.

– The national project implies an almost double increase in exports by 2024. Will such an indicator be achieved?

– The task is ambitious, difficult, but achievable. In 2018, industrial exports totaled $ 870 million. By the end of this year, we are striving to reach the figure of 1 billion 41 million dollars. This is quite substantial growth. The sanction regime is introduced specifically to limit our integration in the international production line. We hope that we will be able to overcome this.

– What products are enterprises of the Voronezh Region currently offering to the world market?

– The main exporters are enterprises of the chemical complex. Among them are Voronezhsintezkauchuk, which intends to create a new production of thermoplastic elastomers, the Rossoshansky Mineral Fertilizer Plant. A number of engineering enterprises, as well as the well-known organization Kosmos-Neft-Gas, are oriented for export. In addition, we place a big stake on the Voronezh Aircraft Production Association (VASO). The IL-112 aircraft already has customers from three countries, which have runways with prime coat. This aircraft was created for solving transport problems in such regions as well. From the first flight of the Il-112, a new round of VASO development began. The aircraft is in demand even before the start of its mass production, both in the military-industrial complex of Russia and abroad. The test cycle is currently in progress. In the coming years, the aircraft will receive a certificate.

– There are Russian industrial zones on the territory of other states. Are there any opportunities for Voronezh companies to implement such projects?

– Assembly plants, or at least parts of them, are created on the territory of foreign states namely to overcome certification. State-owned corporations are the first to implement such projects. I think this measure will not be in much demand for Voronezh enterprises. We are focusing on the creation of high-tech industries in our region.

By 2024, the Voronezh Region should reach $ 2.006 billion in industrial exports. As compared to other regions, it is at one of the highest levels. Positive dynamics in the region were noted even before the start of the national project. In 2018, the volume of exports had increased by 32.6% as opposed to 2016.

327 billion rubles have been allocated to subsidize the banks’ commercial rate until 2024. The regional authorities have already conducted a qualified selection of enterprises that could be included in this program.

Export is also being developed through the creation of clusters and special economic zones. In addition, potential customers are attracted through exhibitions, fairs, and conferences. The 2019 Voronezh Industrial Forum alone was attended by 5.5 thousand people, including delegations from the Republic of Belarus and Germany.