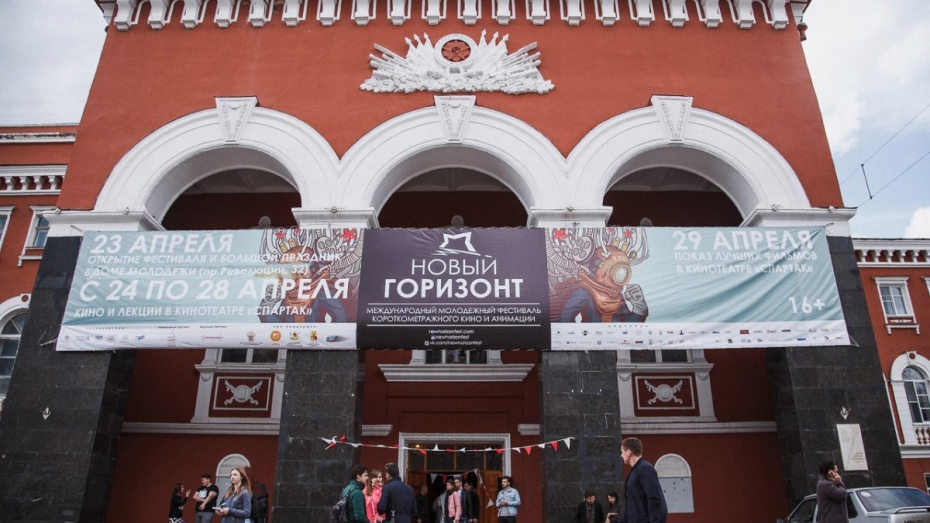 International Youth Festival of Short Length Films and Animation “New Horizon” has announced the 2017 awardees on Sunday, April 30. The short list of the Voronezh festival included 62 films among which the jury chose 15 winners.

The Grand Prize of “New Horizon” was won by German director Sophie Linnenbaum for “Pix”. The film depicts the life of a family in photographs. The first photo of a child in a maternity clinic, the first birthday, first grade, graduation, university, the wedding – everyone has such photo archives.

– I really liked this film: it involved a lot of work. The events in it happen with German accuracy. The most interesting part is the message: our whole life is just a series of photographs, – Director of the festival Yevgeny Lebed commented to the RIA “Voronezh” reporter.

The People's Choice Award was received by Russian film “The Time of the Last Romantics”. During the screenings, the viewers specified their favorite in a special booklet and passed it to the organizers. As a result, Svetlana Sukhanova’s film became the winner. It is a film about friendship, the will to live, about dreams having the right to be fulfilled no matter how much is left – decades or a minute.

Russian authors also won in ten other categories. Dmitry Krivoshchapov (“I Have a Brother”) became the Best Actor, Svetlana Khodchenkova (“Mother”) became the Best Actress. Dina Velikovskaya with her film “Kukuschka” won in the Best Direction category; “Dva Tramvaya” (“Two Tramways”) by Svetlana Andrianova won in the Best Children’s Film category. The works of artists from Alexey Medvedev’s film “Zalozhnitsa” (“Hostage”) became the Best Film Playbill. The Prize of the Council of Rectors of Universities of the Voronezh Region was received by Ilya Antonenko for his work “Chocolate Wind”, the Stal Penzin Prize – by Alexander Malygin for “Ascension”. The full list of winners of “New Horizon” Festival is available on festival’s social network webpage.

– There were many difficulties this year, but we still managed to hold the festival on a very high level. I was astonished by director Yury Bykov. He doesn’t consider himself a star and doesn’t like to talk about himself. He works just for the sake of it, for the love for art. You can really feel it when you talk to him, – Head of the Press Service of the festival Alexander Tishukov commented.