Greenpeace tells what shores of Voronezh water reservoirs are polluted with 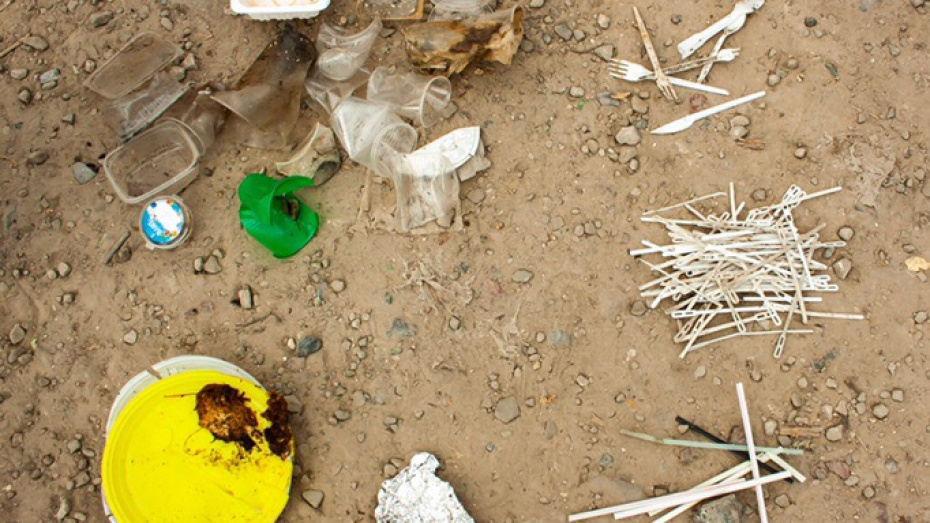 The organization summed up the results of the all-Russian Plastic Watching.

Residents of Voronezh took part in the all-Russian project of Greenpeace and the “Takie Dela” (There’s That) portal – Plastic Watching. They’ve cleaned the shores of local water bodies from garbage and determined what type of waste is found most often. This was reported by the press service of Greenpeace on Tuesday, November 5.

Voronezh volunteers sorted 10.2 thousand fragments of garbage into categories. The top 10 included, in particular, cigarette butts, bottles, caps, cups, wet wipes, cigarette packs, and plastic bags. Almost half of the trash found on the banks of local reservoirs (46%) is the remains of cigarettes. Interestingly, the share of cigarette butts in Russia, in general, is less - 29.7%. 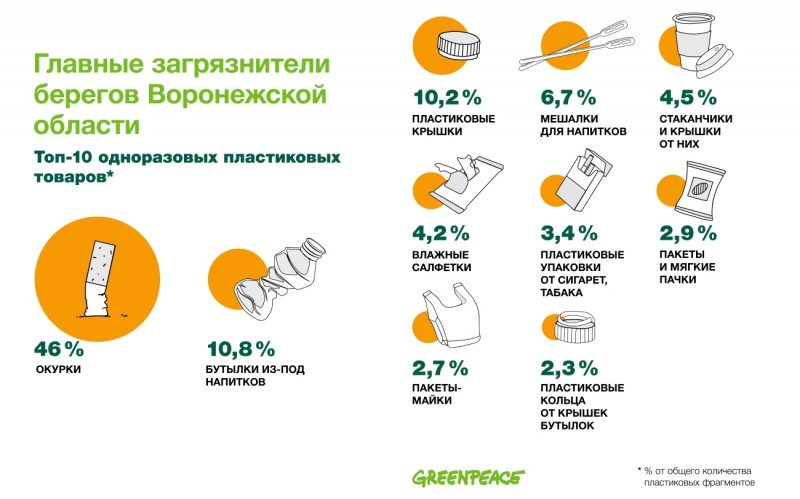 For detailed statistics across the Russian Federation, click here.

Plastic Watching is the observation and study of plastic found in natural areas. As noted by associate professor at the Department of Environmental Education of VSPU Kirill Uspensky, the difference between plastic-watching and other movements is that volunteers collect small garbage in a small area. The first rally took place in Voronezh in July-August 2019, the last - in September. There were six of them in total.

Greenpeace uses the data to draw a complete picture of pollution in Russia. The results of Greenpeace’s Plastic Watching and summer expeditions will form the basis of the list of disposable plastic goods, containers and types of packages that the organization will propose to legally restrict in the country.

Within a month and a half, hundreds of people across the country joined the Plastic Watch. Pupils, students, participants in environmental movements and company employees conducted nearly 300 “raids” in 171 settlements. Most of them were held in the Moscow Region (25), the Novosibirsk region (22) and St. Petersburg (18). The participants studied plastic pollution on the shores of White, Baltic and Black seas, of the Sea of Okhotsk, the Sea of Japan and the Pacific Ocean (Avacha Bay), as well as on the banks of the largest Russian rivers: Angara, Volga, Don, Yenisei, Irtysh, Lena, Ob and Oka.