Sewer hatches in Voronezh to be made stylish 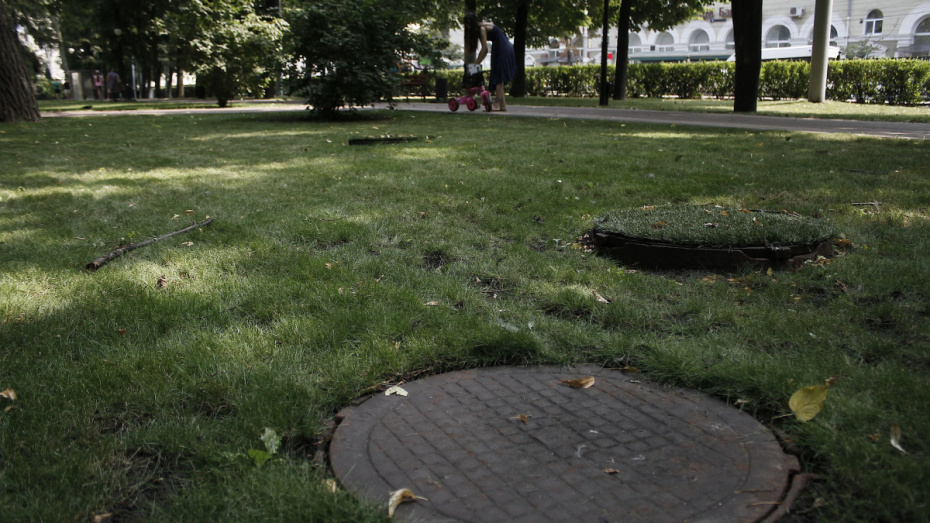 It will start with Orlyonok Park and Revolution Avenue.

The ordinary sewer hatches in Orlyonok Park will be replaced with unique ones. This was discussed at a meeting of the Mayor Vadim Kstenin, Assistant to the Governor of the Voronezh Region Konstantin Kuznetsov, and representatives of the contractor reconstructing the park, the press service of the city administration reported on Wednesday, August 12.

‘When the entire park will is given a new life with modern landscaping, it will be very great if the hatches are made in a special style of the park. At the same time, the production of unique hatches, as they will still need to be ordered for the facility in large quantities, will be comparable in cost to the production of standard ones,’ the Mayor noted.

The same idea is being worked out for Revolution Avenue. The improvement of the pedestrian part will begin in 2021.

‘Voronezh has its own production of hatches, and we have a clear understanding that a potential contractor of these works will be able to make unique hatches for a particular object, for a particular urban area at almost the same price as hatches without any special features. Typical designations are necessarily placed on them along the perimeter, and the central part can have absolutely any emblem, very interesting and beautiful. At the same time, if the volume of the hatches is large enough, the production of molds for casting will actually become free or extremely cheap for the city,’ Vadim Kstenin emphasized.

The Mayor has promised to submit the hatch designs on social media for public comment.

The reconstruction of the Voronezh Orlyonok Park will be completed ahead of schedule - the works will be finished by November 1. The earthworks in the park have been completed - irrigation pipes have been dug in along the entire perimeter, the necessary utility lines have been laid.