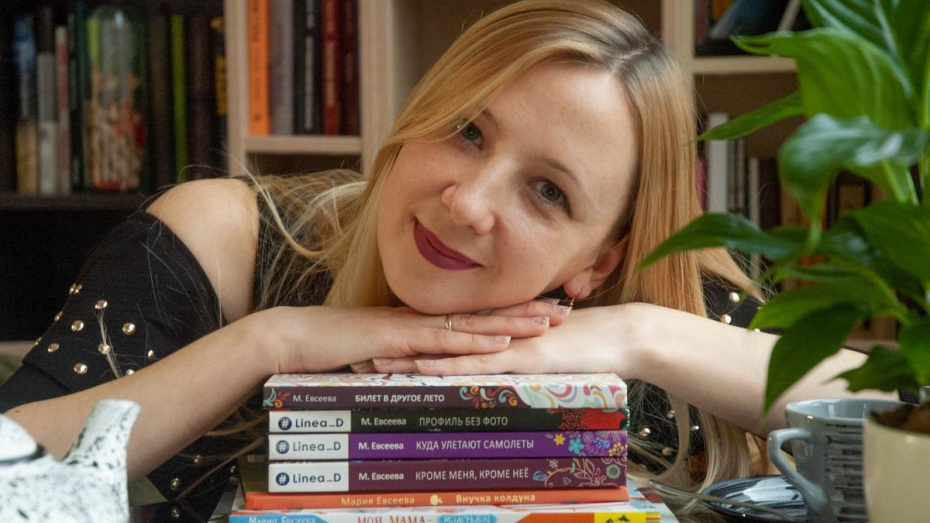 The young author speaks about the difficulties of promotion and the publishing business.

RIA Voronezh is opening a column on writers and books related to the capital of the Black Earth Region. The journalists will interview interesting local authors, write about books published by Voronezh writers, as well as the works that feature Voronezh.

The first issue is dedicated to Maria Yevseeva, a 32-year-old resident of the village of Olen-Kolodez of Kashirsky District, the author of a couple of dozens of books. Maria is raising two daughters - Sveta and Vera, finishing the construction of a house with her husband and writing stories about teenage love in the morning. The correspondent of RIA Voronezh talked with the writer about her work and promotion opportunities for young authors. 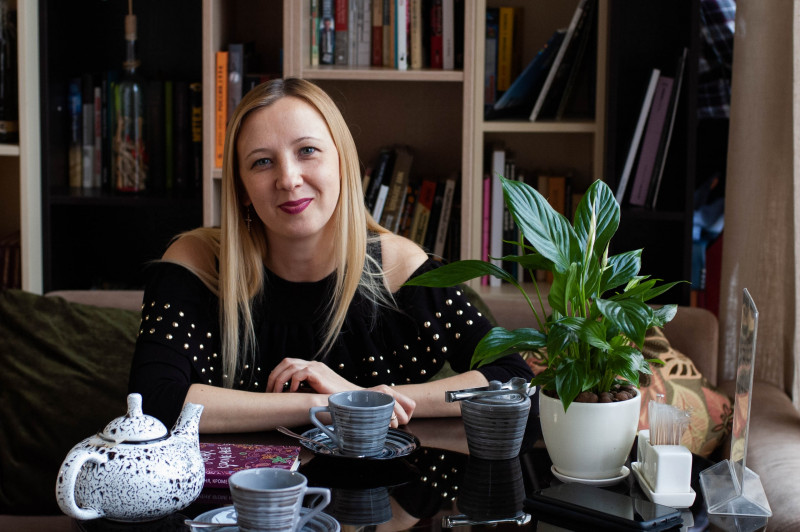 “How do you prefer to be introduced? Children's writer, teenage writer?”

“How many books has “just a mother” published?”

“About 20, several more are being prepared for printing, I’m working on several. The books and the invention of different stories were created by using the "by contradiction" method. My mother is a physicist, and she saw my future in the exact sciences. In addition to the regular school, I studied in absentia at the Physics and Mathematics School at MIPT. I worked on endless exercises and tests. Even then, and maybe, therefore, I could not stand physics. Still sick of it! In the ninth grade, I rebelled and started writing in a local newspaper. There was a separate youth column, something like a paper chat. The column was full of correspondence vigorous: people met, fell in love, and sorted out relationships. The newspaper came out once a week, we skipped physical education lessons to get it from the nearest kiosk. At first, I wrote on my own behalf, published poetry. Then it became boring and I came up with an alter ego - a boy. The editor handed me bags of letters for the fictional author! When I disclosed my incognito people, of course, were offended, but I continued to write for myself.” 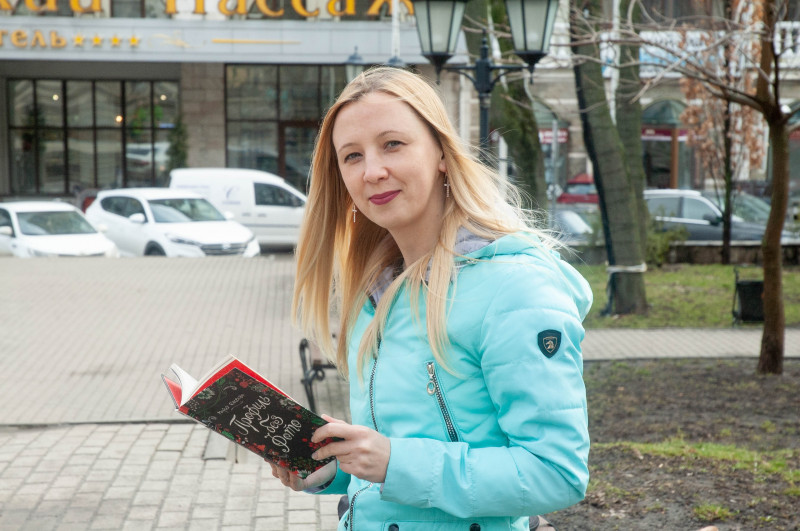 “Times had changed, and the newspaper changed the format. I entered the Faculty of Philology of the Voronezh Pedagogical University. A completely different life began. In parallel with my studies, I taught Russian for three years in a rural school. I guess, I realized in time that I didn’t want to be a teacher: my lessons in the eighth grade were attended by repeaters almost my age from dysfunctional families. I had no common ground with the aged school staff; salaries began to be charged depending on the number of students. The load grew, the pay decreased. One day I quit school and took my documents from the university.

Later I got married, I had children, and the notebook with stories came into my life again. On the Internet, I stumbled upon the New Children's Book contest and in the first year, I took part in it as a reviewer. My review was recognized as the best, and I decided to try myself as a writer. I persistently sent out my works for about three years in a row. I wasn’t discouraged because I wrote for myself in the first place, I could not help but write.

Moi Praded – Samovar (My Great-Grandfather the Samovar) became the laureate of the Alexander Kuprin Crimean Literary Competition in 2015. I met novice authors in the contest’s social media community. They advised me other resources for promotion, introduced me to samizdat (self-publishing of book) platforms.” 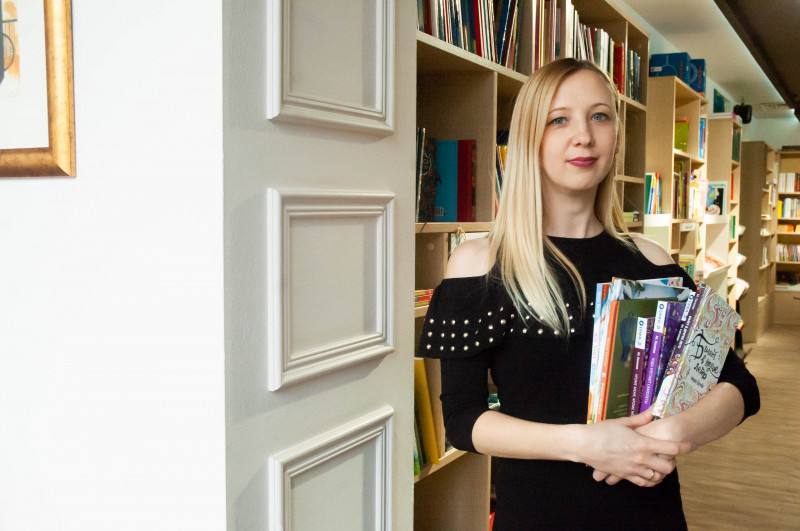 “Which of your books can be called the most successful one?”

“The novel Krome Menya, Krome Neyo (Besides Me, Besides Her). The total print run amounted to 13 thousand copies. An entire community had formed on the Internet around the series about the love of high school students. My characters are the most ordinary people, real teenagers can relate to their feelings. The reviews I hold most dear are when people, without saying hello, write to me: “Do you have other works I can read?”

I sent Krome Menya, Krome Neyo to a Russian publishing house but they refused me, criticizing the characters and the plot (I still have this letter, by the way). Instead, I was immediately invited to the Rosman publishing house’s new youth series. It inspired me a lot, I finished writing Kuda Uletayut Samolyoty (Where Planes Fly Away To) at full tilt which was also included in the Soul Line series.

Authors who already have some publications in their portfolio are treated with more attention. Publishers to whom I sent tons of texts in the previous years remembered me and began to place orders for informative children's books. 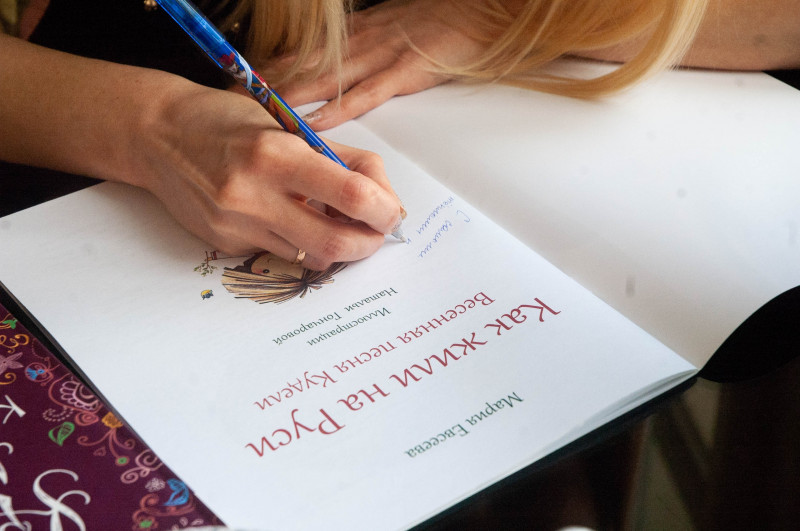 “What is it like to write on a by-order basis?”

“It’s quite difficult because no one gives you clear “design specification”, but they have their own vision of the topic. You have to rewrite the written texts five to seven times. One time, a large publishing house came to me and offered cooperation. And they immediately rolled out a list of requirements. They asked me to send them chapters as I wrote. This is where the problems began: the character is too angry, the buttons on the shirt are not the right color. I realized that the story was no longer mine and refused to work together. I finished the book nonetheless and uploaded it in the public domain. The publisher once again got in touch with the recommendations but I broke off the collaboration completely. Almost immediately, the text got rained down on with negative reviews from “empty” accounts. This business does not always use fair methods.

“Your characters are very young. Is it difficult to switch from your 32 years of age to the mind of a teenager?”

“At heart, I’m 15-17 myself. It's hard to say where my characters come from. I always write in the first person, whether it’s a boy or a girl. It’s easy for me to communicate with teenagers, although I am a non-public person in general. I try to answer all the readers on the Internet, but I mostly refuse live meetings. I love my cozy rural burrow, I rarely get out even to Voronezh which is very close. My husband and I are conservatives, we don’t like change. For example, he’s been working in one place all his life.

In Voronezh, there is a branch of the Terra Incognita reading club for teenagers. They gather two or three times a year, do quizzes, communicate with local writers. I feel comfortable in such a close circle of five to seven people. 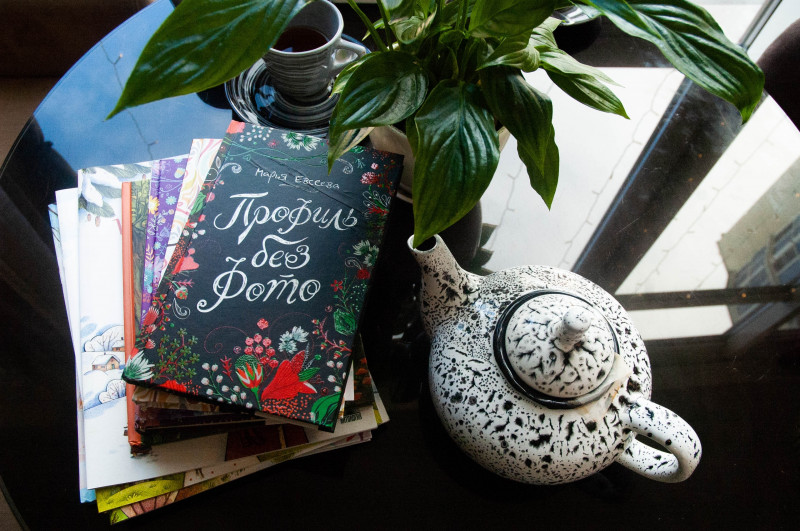 “What do you read yourself?”

“Foreign authors who write on related topics. I’ve always loved the English classics: Elizabeth Austin, Elizabeth Gaskell, Charles Dickens, Thomas Hardy. I read Russian classics - Ivan Turgenev, Alexander Kuprin, Leo Tolstoy. I even administrate several communities: “Na Chai K Dzhein Ostin” (“To Jane Austen for a Cup of Tea”), “Na Chai K Turgenevskoi Devushke” (“To the Turgenev’s Girl for a Cup of Tea”) - we exchange impressions, postcards, books. As a child, my favorite books were Eight Children and a Truck by Anne-Cath. Vestly, The Children of Noisy Village by Astrid Lindgren. I very much relate to the latter - I also lived in the country and went to school through the forest.”

“How can a young writer make headway?”

“Competitions - there is no other way now. You need to decide on the audience you are writing for and find a suitable contest on the Internet, there are a lot of them. There is always a crowd of the same "promising" authors formed around them. You can hear something new through the grapevine, learn something, make friends with someone. For example, I met the future co-author this way. We wrote a joint book just for laughs and then released it under a pseudonym. It was hooliganism of sorts.

I write early in the morning. From 8:00 to 11:00, while the children are at school, I have three hours of free time. When time is limited, you have to work more efficiently because the amount of ideas is immense! Sometimes, of course, an important thought may come at night. I this case, I jump up and write down in a notebook with a flashlight, for example, how the character will emerge from the current conflict. I have a “beta reader” - my friend who reads every passage. Sometimes we argue with her very much, we almost fight. At first, I feel offended sometimes. But then I “cool down” and think: “Ah, hell, you’re right!”

It’s impossible to live on the income from books. It’s a hobby. At first, I thought that when I had ten books, I would wake up rich and famous. I’m still waiting for this to happen.” 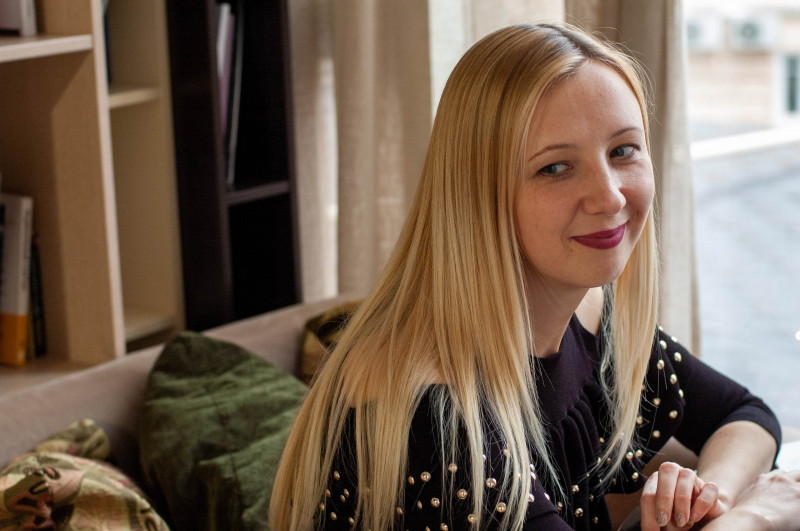 The works of Maria Yevseeva published by various publishing houses: 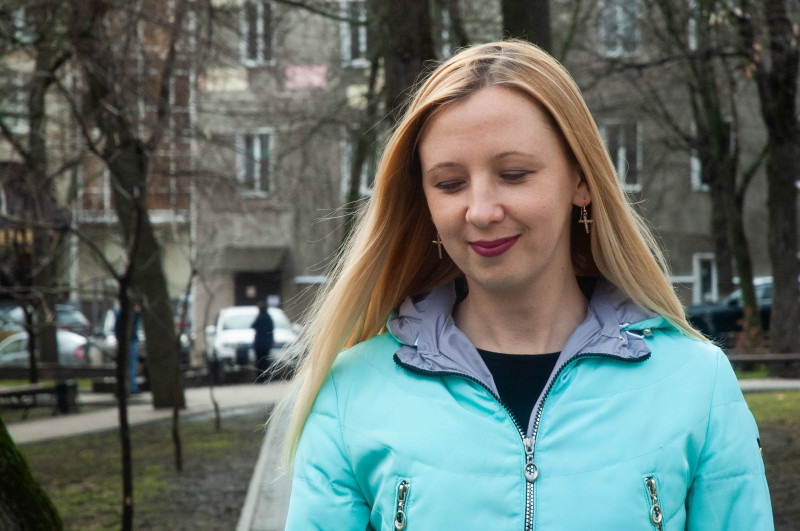