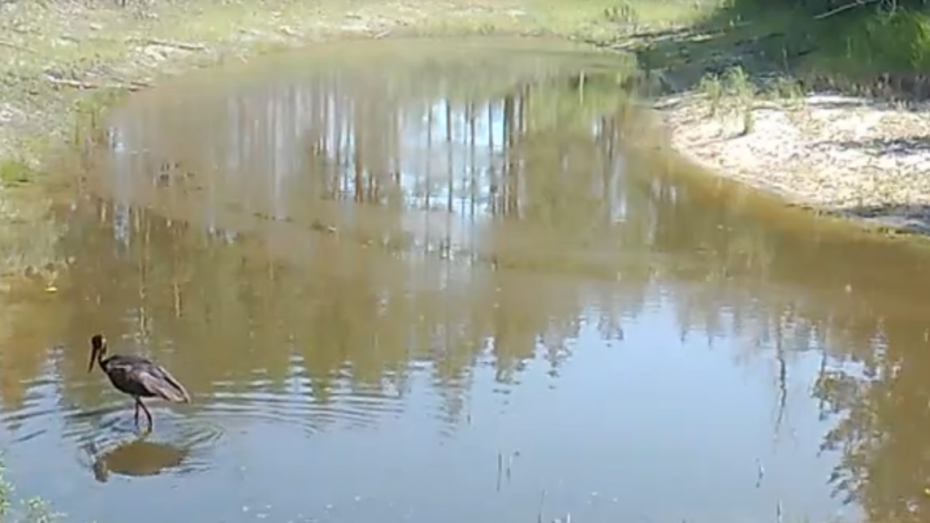 The rare bird was captured by a trap camera.

A black stork has been captured by a trap camera in the Khopyor Reserve. The rare bird was last seen on the territory of the reserve in the 1980s. The videos were posted on social media. The bird is listed in the Red Book as an endangered species.

The black stork is a large bird: its wingspan is 152–158 cm, it weighs about 3 kg. Its back is black, with a greenish and copper-red metallic tint. The ventral side, except for the neck, is white. The beak, legs, the spot on the lore and by the eyes are bright red, the claws are black.