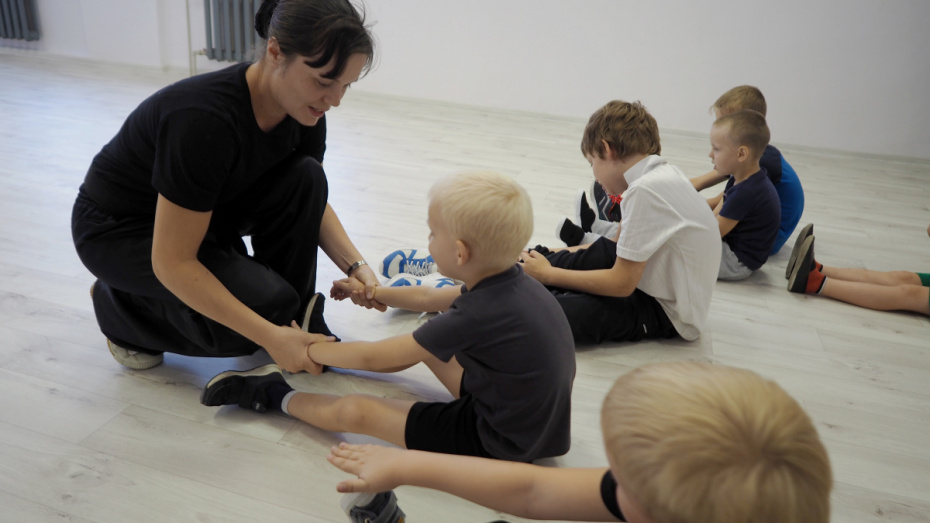 The athlete talks about children's sports, the path of a warrior, noncontact fights, and charity.

In an interview, the athlete told the RIA Voronezh correspondent why she had left the acrobatics sports club as a child, explained what the beauty of demonstrative noncontact fights was and why she trained children from a social shelter and children with disabilities. 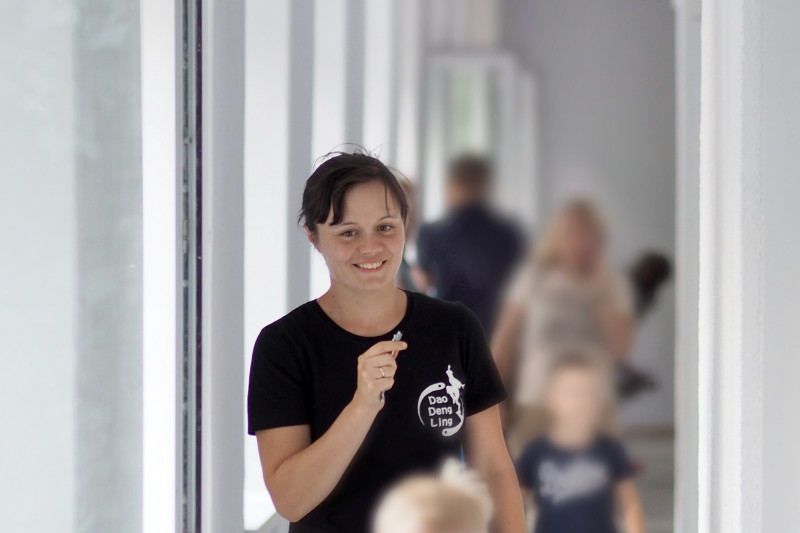 ‘There is no universal recipe for how to do it right’

- I read that you got engaged in sports very early. You must probably come from a sports family?

‘I can't call my family sports-oriented. At the age of four and a half, I went to Sports School № 2 for acrobatics - I lived nearby. I was very active, climbing with the boys on roofs, trees, garages. I was engaged in acrobatics until the age of 11, became a candidate for master of sports. During the first year, they played with us like with children, but later everything became much more serious. I was transferred to a group where full-fledged sports training was already in process.’

- In sports acrobatics, gymnastics, figure skating, and other "young" sports, children work hard from a very young age. Is it appropriate?

‘I have no definite answer. There is no universal recipe for how to do it right. There are children for whom it suits. These kids have so much energy that you put them on sports tracks - and they run like a train. Maybe the child will grow up and decide to leave the sports club over time, it will be his decision. But you, as a parent, gave them a direction - maybe they will choose something similar themselves. And some, on the contrary, need more free time, playing outside, communication. My son is two years old and is changing rapidly. In a couple of years, we will start thinking about what to do, finding out what there are a predisposition and interest for. Three-year-old children come to our Tao Deng Ling Sports and Development Center too, but we play with them. This is more of physical education.’ 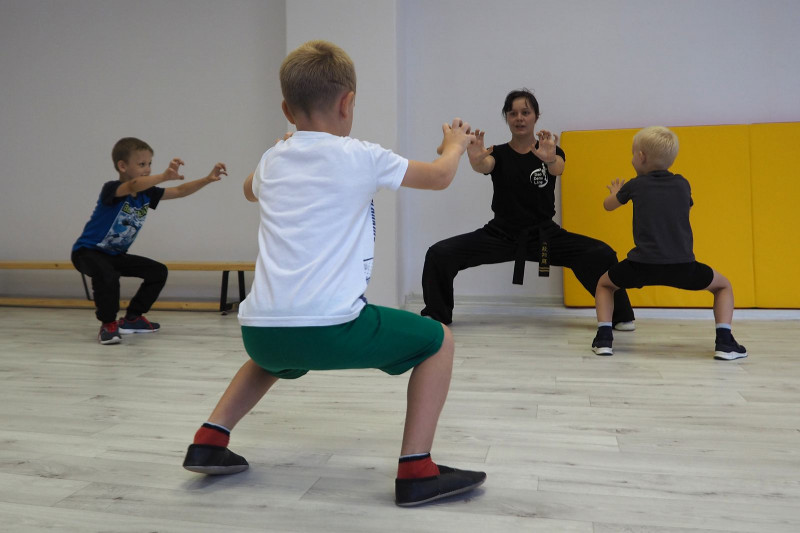 - But children themselves often cannot unambiguously say whether they like this activity. If people choose the wrong university even at the age of 17-18 and later - a profession, then what to expect from the children of elementary school age?

‘It is true as well. My mother often asked me if I liked acrobatics, and I answered affirmatively. But the dialogue with my bottom partner did not work out. I was the top one, and the bottom partners are always older, so I could not contradict my partner, we had a four-year gap. She was lazy and she forced me to work hard. I must also say that the bottom partners have to carry the top ones, and my partner did not want to pump her strength, she hinted that I needed to lose weight. I got to the point where my mother wanted to send me to a hospital. There were also cases when I was pulled out of school for the sake of sudden demonstrational performances. I began to feel that there was no hiding from acrobatics, it would find me everywhere. So I left.’

- Do your acrobatics coaches of the success you have achieved in Wushu? Maybe in acrobatics, you would become a champion and help someone receive the title of Honored Coach.

‘Quite possibly, by the way. They know how things turned out for me. But I came to that school once, they talked to me well, they invited me to come if one of my trainees needed some acrobatic training. I respect the coaches who had worked with me.’ 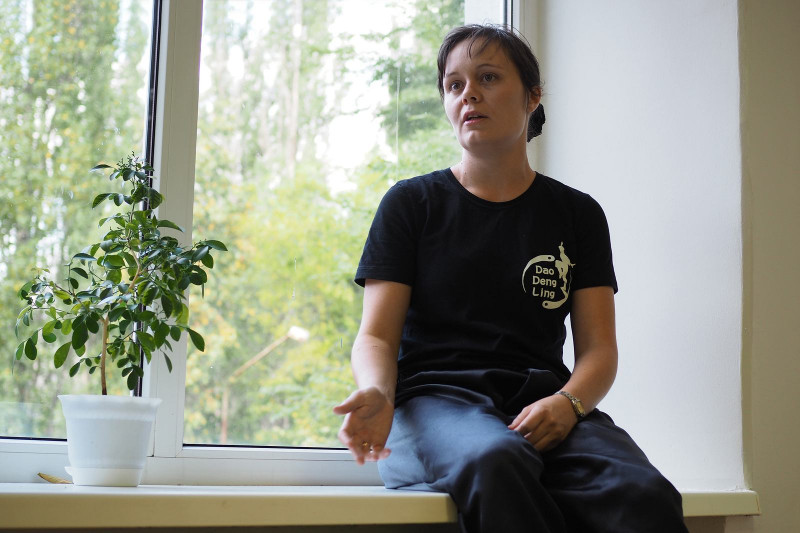 ‘The most pacifist kind of martial arts’

- Did you stay out of sports for long after leaving the acrobatics school?

‘I spent a year without sports at all due to an injury. And then, for the sake of interest, I came to Wushu, which my older brother was engaged in. There, the kids were preparing for the exams, I attended two trainings with them, and the coach told me: ‘You are ready for passing the exams yourself.’ I had the motion and coordination baggage left over from acrobatics and I quickly learned the movement set. It struck me that it was a completely different approach to sports. There was a lot of communication, attention, smiles. I still did not understand what Wushu was but I saw that there was no monotonous hard work and routine during training.’

‘It is very difficult to describe it in a nutshell. My husband and I are now making films about Wushu. I'd like to comprehend what people find in certain sports that speaks to them. Wushu is a martial art. It has its own philosophy. Yes, I understand that Taekwondo fighters, Judo fighters, and boxers can tell you the same. But different martial arts have their roots in different places: Wushu comes from China, Taekwondo - from Korea. It cannot but leave an imprint. In general, Wushu is not about learning to fight. It is about training the spirit. A Wushu fighter initially tries to avoid a collision. We have perhaps the most pacifist kind of martial arts.’

- MMA fighters, for example, look like people who, if something happens, are capable of bringing much pain. I wouldn't say that about those who practice Wushu.

‘Yes, it probably is so. We are peaceful guys. Wushu is not only about fighting skills. Initially, it included calligraphy, versification, archery, horse riding. That is, a self-respecting warrior had to be able not only to crush the villain but also to write a beautiful letter to his beloved. There are many types of our martial arts: wushu-sanda is a full-contact type; wushu-tsinda - light contact; wushu-taolu - a set of exercises without an opponent. I was most successful in taolu – the Shaolin and southern styles.’

- How does one evaluate it? It turns out that yours is an aesthetic sport.

‘You could say that. The speed, the technique, the filling are evaluated – it is easy to see if you are just waving your hands. A true master does not just memorize the sequence of movements, he invests himself in each blow. Everything needs to be done so that it is clear: if the opponent was near, he would go flying off. Not everyone can do it.’ 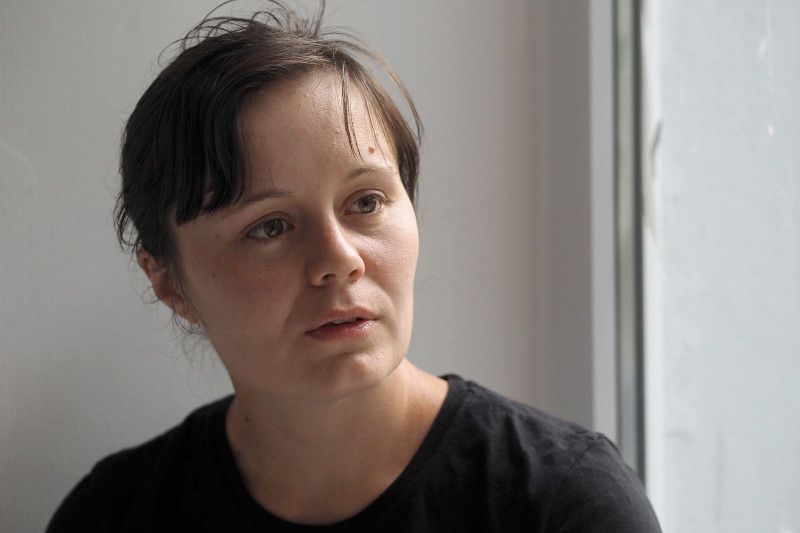 - There is a certain artistry to this.

‘It depends on what you mean by it. I cannot portray someone else, make an impression, I have big problems with that. But if by artistry you mean the ability to be reborn, to truly become who you play, then yes. When entering the arena, you should not portray a warrior but become one. This is right according to Stanislavsky. My dad says that you have to do your job in a way as to convey something to the world. If you are a skater, do not just skate but shock everyone, tell us about what is valuable to you. And I always thought about it when I went out on the carpet. I imagined injustice, some kind of evil, and fought with it so that peace would reign on earth. The judges had always seen this. If you don't splash yourself out on the carpet, if you're tense or don't have the courage, everyone will understand that the performance is average. In this case, the movements should be such that the judges clearly see - this will work with an opponent. No matter what they say, Wushu is an applied sport.’

- But would your movements work in a street fight?

‘If you have a large arsenal, you will choose the simplest and most effective techniques in a fight and not the beautiful and sweeping ones. Fortunately, I never had any conflicts, I didn't have to fight. I am convinced that the use of force can almost always be avoided. When I was a child, we lived near a brewery, I often met a crowd of drunk guys when coming home from training. You have to go through them in a way so that no one bothers you. You need to work yourself up so that your energy is felt. You need not be a victim from the very start - believe me, it works.’

‘I would like to unite all adherents of Wushu in Voronezh’

- How many times have you become world champion?

‘I have been to five world championships that took place in China. Seven gold medals, several silver and bronze ones. Russians are good at Wushu. There are simply more Chinese people, it is developed on a very large scale there. But it is quite possible to compete with them and win.’

- How many Wushu schools are there in Voronezh? 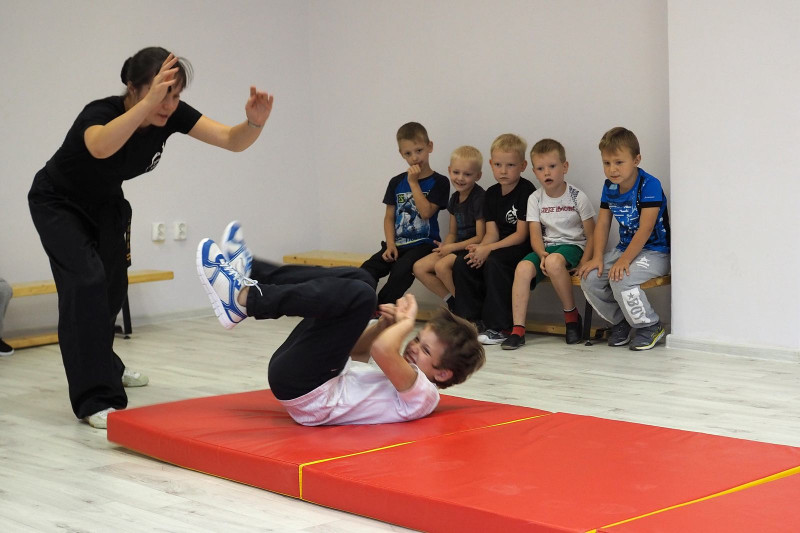 - You are a coach now. Was it hard to stop competing?

‘I wanted it myself. At some point, I felt that I no longer understood why I was performing. It was a conveyor, but other people felt not a blind bit of difference from my victories were neither hot nor cold. I wanted to be useful to someone.’

- Is this where your charitable work came from?

‘Yes, it was an important step. At first, we began to train children with disabilities. We thought that sports always bypassed such children and that this was unfair. Now we see what they like. Their parents say that they are getting stronger and fitter. We also work with the kids from the social shelter for children and adolescents. They are very lively, active, you just need to point their energy in the right direction. When children from prosperous families come, they must first be stirred up. And the kids from the shelter are very spontaneous, they react immediately. They are also physically stronger - apparently, life forces them to be like that. If they are carried away, everything turns out to be easy and great. But there is definitely no point in punishing them, there will be no trust. Punishment is not the best approach at all, in my opinion.’ 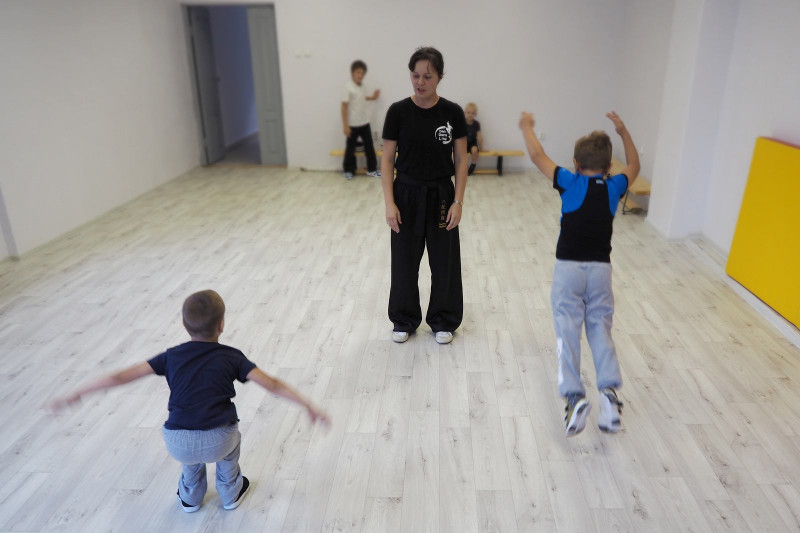 - You are a multiple-time world champion, a coach - what are your dreams?

‘You took me by surprise. I haven't thought about life for a long time, haven't listened to myself. Probably any young parent will understand me now. Only after putting my son to bed, I can rest a little, think about something. I would really like to unite all the adherents of Wushu in Voronezh, this would push the development of our sport. I also have a more global dream. I want to be able to stay off the wrong path. When creating their own business and achieving success, people sometimes go astray, I have seen this more than once. I dream that I will be able to remain a doer and help someone find their true self.’