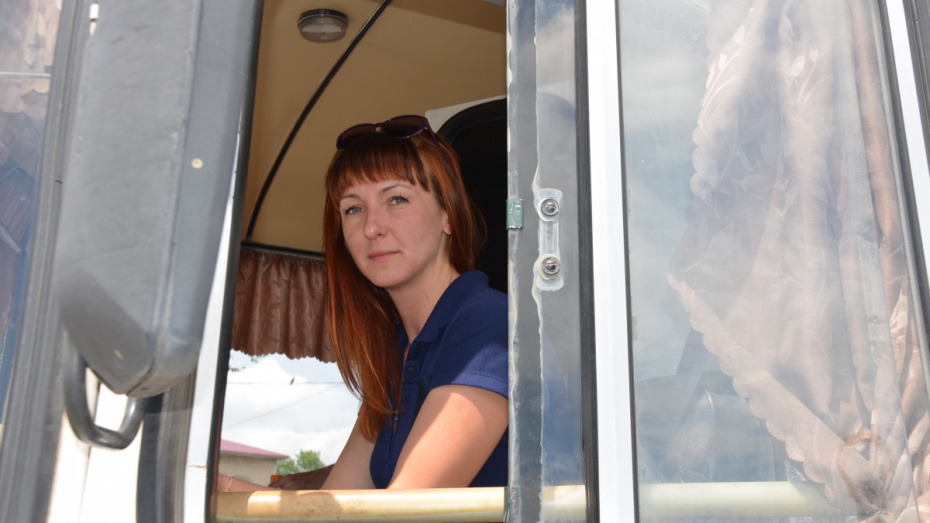 A woman has become a bus driver in Pavlovsky District for the first time in 30 years.

To get up to do her favorite job, Yelena Kucherova, 33-year-old resident of the city of Pavlovsk, Voronezh Region, sets the alarm clock for 3:00 a.m. At 5 in the morning, she already takes her shift at the Pavlovsk Motor Transport Enterprise. Yelena is the first female bus driver in the area in the last 30 years.

‘In the entire history of our enterprise, only two women have worked in the truck fleet. But this is the first time in the passenger transport field,’ said Dmitry Prishutov, General Director of Pavlovskavtotrans. ‘Lena is an experienced driver, does not give herself any indulgences. She passed both the theoretical and driving parts of the exam on the first try. Looking at her, many male drivers have redefined their work potential having received an additional incentive for growth.’

From a seamstress to a driver

Yelena starts a white PAZ-3205, the bus travels along the Mikhailovka - Petrovka route. Her total driving experience is 11 years most of which Yelena has spent as a taxi driver. She treats her work with feminine accuracy and has not had a single accident in all these years.

‘On March 7 this year, I received a driver’s license with the new D category and started my internship at the motor enterprise on March 10,’ said Yelena. ‘During the three weeks of training, I carefully studied all the routes: I went to Lozovoe, Zhuravka, Vorontsovka, Perezdnoe, Losevo, Gran. Being new to this, it was hard at first, but then I got the hold of it. A bus differs from a car in size. Slightly wider, slightly longer, does not enter a turn as a car does. Once you get it, it is not difficult.’ 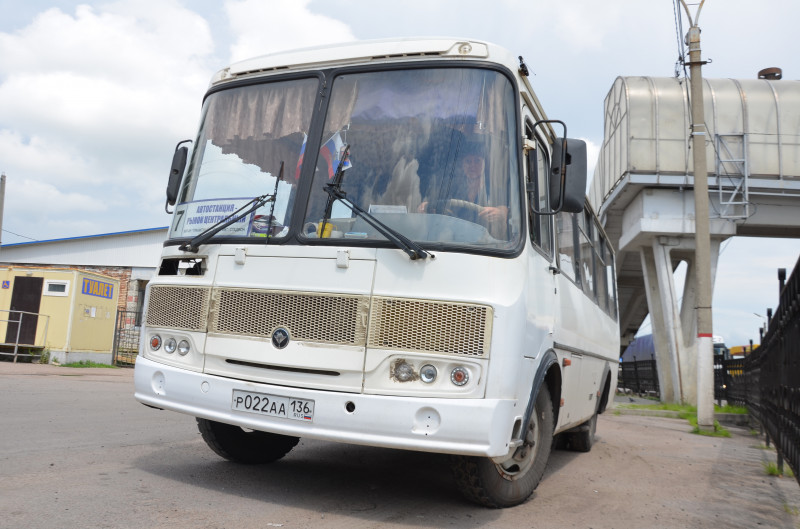 Yelena is a tailor and dress cutter by education, she graduated from the Professional Vocational School № 52 in the city of Pavlovsk in 2002. She worked as a seamstress in Pavlovsk, Voronezh, and Pskov, trying herself in factories and in ateliers. And 11 years ago, when she received a B category driver’s license, she decided that working in one place was not for her and got a job in a city taxi. At first, she combined the two jobs working in shifts for a long time, but then she left the sewing chair for the driver's seat for good. 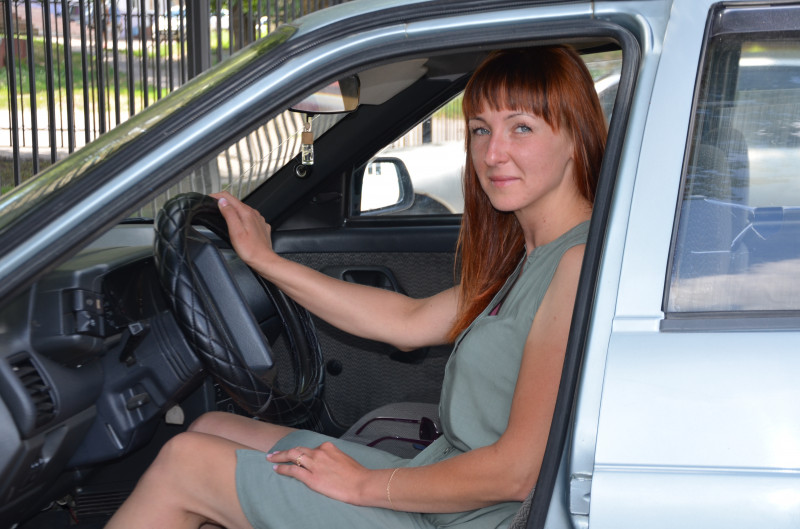 Lena herself explains her interest in technology simply: her mother, Lyudmila Vasilyevna Kucherova, worked as a turner at a car repair plant all her life, her father Leonid Alexandrovich - as an ambulance driver.

Five years ago, Yelena intentionally got the C driver's category for driving trucks and even tried to get a job, but the fragile girl was refused everywhere. And at the end of 2019, she saw an ad in social media - a driver was required for the Pavlovsk Motor Transport Enterprise. Re-training from the C to D category was promised at the expense of the enterprise.

‘I thought: why not?’ Yelena recalls. ‘I called the HR department, made an appointment. At the interview, I was treated incredulously at first. They asked me why I wanted it. My friends also dissuaded me. The only person who supported me at that moment was my friend Olga.’

Yelena studied at a driving school for three months. She worked in a taxi during the day and attended classes in the evening twice a week. And this is despite the fact that the woman is raising daughters of seven and ten years of age alone.

Yelena is working at the Pavlovsk Motor Transport Enterprise for the fourth month. She works by the “two working days and two days off” scheme. She gets up at 3 a.m. and has to be on the route at already 5:30.

‘Many passengers are surprised although the overall reaction is positive. I’ve never been refused help on the road. Male colleagues are also supportive. Vladimir Snegirev and Sergei Kruglikov became my mentors during the internship. They taught me a lot. By the way, I’ve already learned to lip-read the phrase ‘A woman at the wheel’. I am often asked about my choice of profession, I get photographed. I’ve even had some drivers get ahead of me, turn around and wait at the bus stop to make sure they weren’t mistaken,’ Yelena noted.< 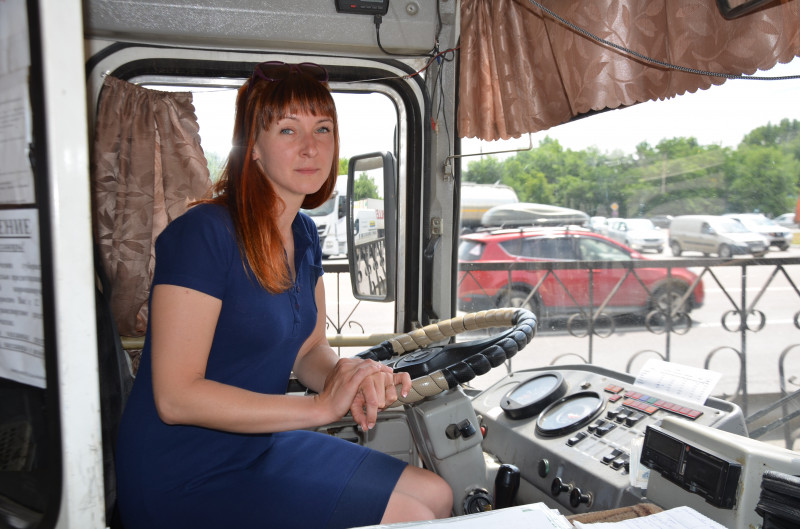 While we were driving, many passengers slimed looking at the beautiful driver - especially the elderly people. When someone got off at a bus stop, they thanked her and wished a good trip.

Despite the tough schedule, Yelena loves her profession. She changes oil and filters on the PAZ herself, she can replace a tire without anyone's help. In the future, she plans to pass for E and A driver’s categories.

‘Do you have a difficult job? Look for the one the complexity of which you will enjoy,’ Yelena advised. ‘I, for example, can see the sunrises thanks to the early wakeup.’/p> 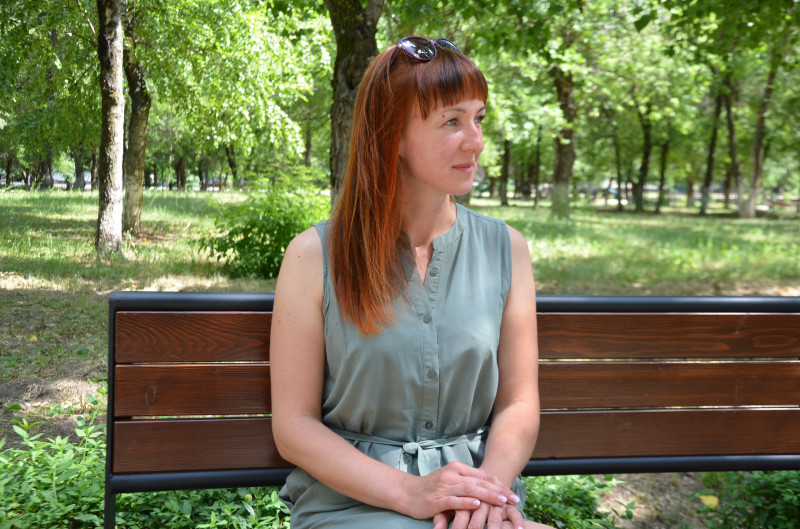