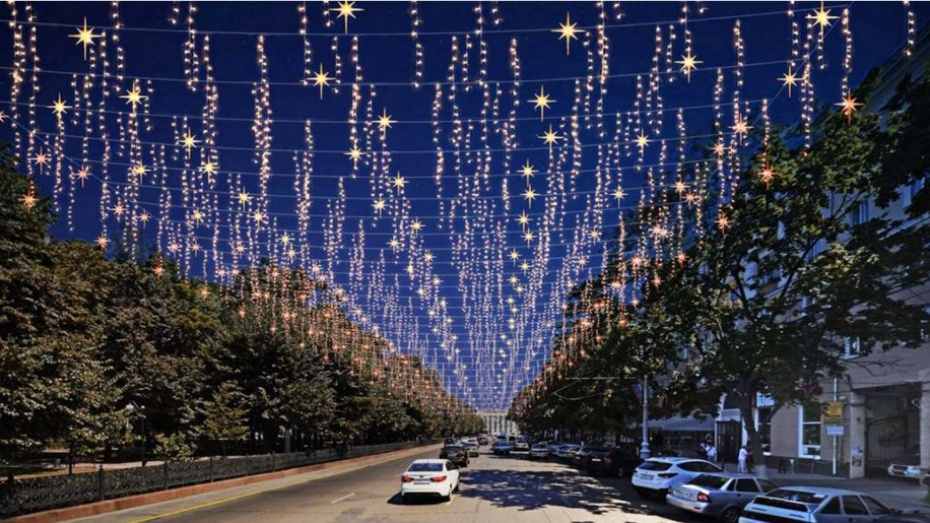 Experts have developed a new concept for the design of the central streets.

Hundreds of new light structures will appear in public gardens, on the streets and squares of Voronezh, the Press Service of the City Hall reported on Friday, April 19. The Head of Voronezh, Vadim Kstenin, presented a new concept of illumination of the city to the Governor of the Region, Alexander Gusev. Alexander Gusev approved it and ordered to implement it for the celebration of the 2019 City Day. 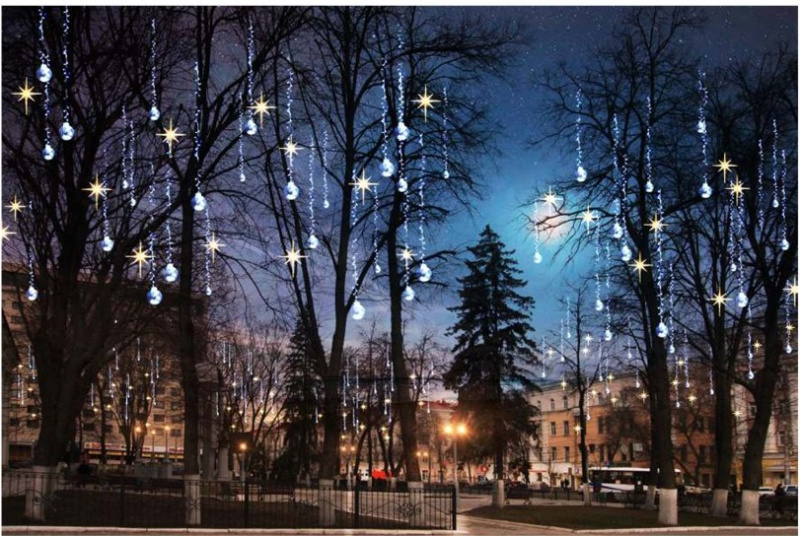 – Our beautiful city deserves to be the most beautiful, especially during festive events. Therefore, on my instructions, the Voronezhgorsvet municipal enterprise has developed an entirely new concept of the illumination of central streets, squares, and public gardens, – Vadim Kstenin said.

Over 600 new designs will be mounted in the central part of the city. They will appear on Lenin Square and Chernyakhovsky Square, near the main building of VSU, on Revolution Avenue, Plekhanovskaya, Kirova, and Stepan Razin Streets, Chernavsky Bridge and Dam - outdoor lighting pillars will be decorated with new consoles and banners.

Mira Street, Lenin Square in the direction of Spartak Film Theatre and Koltsovsky Public Garden will be decorated in a special manner, with “star-shaped sky” suspensions. Architectural illumination will be used for other objects - the "Proletarians of All Countries, Unite" stele at the main building of VSU and "Glory to Science" at the ringway on Feoktistova street.

- Some pillars had previously installed illumination elements which had served for many years. I have instructed to carefully dismantle them, to repair them and to work out the issue of placing them on the main streets of the city’s districts which do not have such decorations yet – this way more areas will delight Voronezh residents not only during celebrations, but simply in nighttime, - Mayor Vadim Kstenin noted.