“The myth has collapsed”. Deceived customers of Gaus meet with new Volkswagen dealers in Voronezh 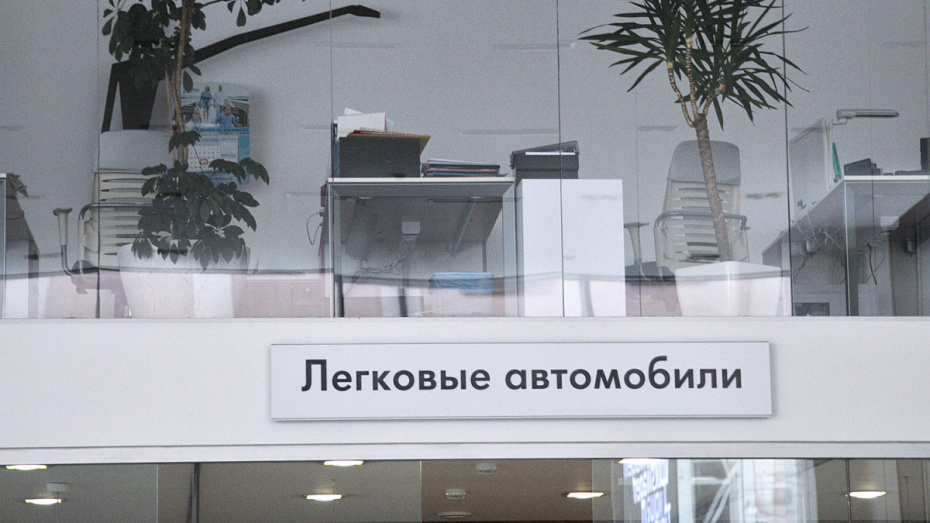 Not everyone was promised to have his money returned.

The new Volkswagen dealers in Voronezh – representatives of the Ring and Aurora Avto firms – met with the initiative group of customers of the former Gaus Volkswagen Center dealership on Friday, May 24. At the meeting, they announced what the people who had paid money six months ago but never received a car were to expect.

The executives of the dealerships do not talk about the meeting results - the RIA Voronezh journalist was offered to call back in “two or three weeks”. The other party, on the contrary, actively comments on what they have heard. To find out what the deceived customers of the car dealership who came to the editorial office of RIA Voronezh told, read the article.

According to the deceived buyers, at the meeting, the representatives of the new dealerships promised to return the money only to those who had not gone to court.

– Out of 72 people recognized by the police as victims, 37 already have positive court decisions in their hands, – Stanislav Bondar, one of Gaus’s deceived clients, told RIA Voronezh. 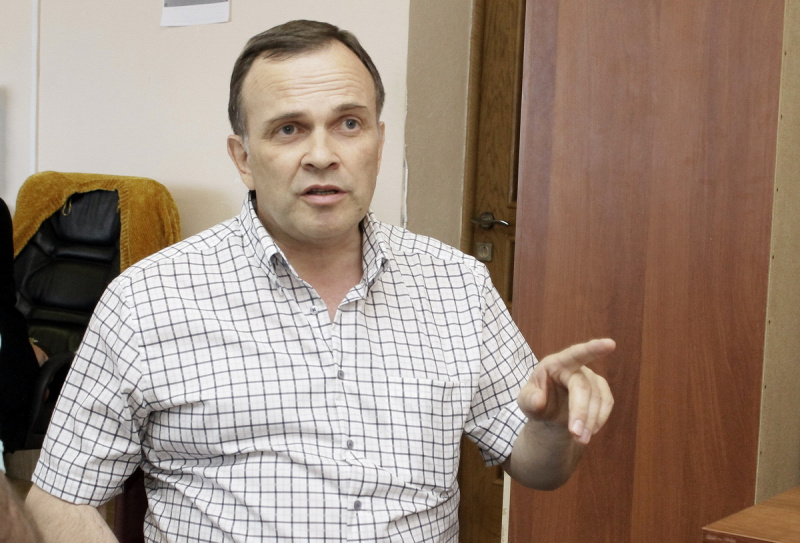 In August 2018, he paid 1.8 million rubles in cash for a Volkswagen Tiguan, which is more than 90% of the cost. The crossover was promised to be delivered in October, but the plant did not receive the prepayment. The Central District Court of Voronezh sided with Stanislav. The man does not know what to do next.

– Now people have court decisions, but Gaus has no property. The new dealers will redeem the debts from those 40-50% remaining customers who did not want to sue. In the event of bankruptcy, they will also qualify for Gaus property. It means that, by finding new dealers, Volkswagen Group Rus did us an ill service, – Stanislav Bondar says.

The man closely follows the investigation, goes to all the sessions:

– The prosecutor at the Gaus trial stated that Shvydchenko (Mikhail Shvydchenko, the owner of Gauss – RIA Voronezh) did not cooperate with the investigation and was not going to compensate for the damage. By now, not all of the 72 victims have been questioned by the investigation. The damage amounts to over 20 million rubles. They opened a second criminal case in relation to Shvydchenko on the non-payment of wages to the Gaus employees. Those who have a court decision seem to be protected by law – the court made a ruling on the return of all the money plus the legal costs and moral damage. But the Gaus’s bank account, as its lawyer said at the trial, has enough money only to pay off the salary debts to the company's employees. The property is pledged. Shvydchenko has personal property of a 160 sq. m. three-room apartment in the quiet center of Voronezh and two mediocre cars. The police said that if it is established that it was his only place to live, it was not subject to withdrawal. He has prepared. If bankruptcy happens, we are left in the lurch.

I took a car loan hoping for a refund

The story of the second Gaus client, Yury Lyamin, who has addressed to RIA Voronezh is typical. In September 2018, he ordered a Volkswagen Tiguan with a diesel engine. He made an advance payment of 905 thousand rubles – half of the cost of the car. The agreement said that the wait could not take more than six months.

– An official dealership of such a solid company did not raise the slightest concern, – Yury explained. 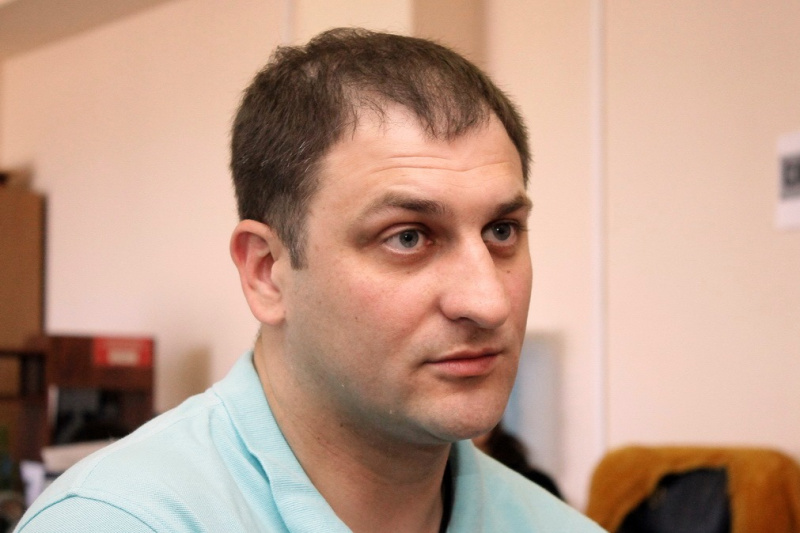 In late November, he was informed that the production of diesel Tiguans had been discontinued.

– They called me from Motor Land. They said that they were Gaus’s new partners and asked what I would pick: another car or money? And on December 11, I came to Motor Land who promised to return the money before December 31. We signed a refund agreement, and on December 12, I went to another car dealership where I bought the car I wanted. I took a loan thinking that the money was about to be returned.

As a result, the man has been paying 34 thousand rubles a month for a car loan for four months already.

– I went to the Central District Court and won. According to the execution writ, I must be given back all the money plus the legal costs and a fine with a penalty – more than a million rubles in total, – Yuri told. – But it is not clear who will pay this money. The people from Volkswagen Group Rus answered to all our complaints like this: “Gaus is a separate LLC, sue him." They announced a competition for a new dealership. They cannot legally force them to pay the former dealer’s debts but, as they explained to us, this will be a priority condition in the search for a new one.

When the dealers were found, Volkswagen sent a letter to the victims and informed them that “they were elaborately working out the procedure for working with the customers of Gaus LLC”. And on May 24 of 2019, the new dealers met with the initiative group to tell about this “procedure”. The next day, May 25, the session results were announced at the general meeting of the victims.

– They decided this: those who sued and won were to seek a refund on their own. At the same time, Volkswagen Group Rus itself urged us to go to the courts! And that what most of us did. The list of victims includes 72 people, about 35-37 (not only in Voronezh but also in Lipetsk and Yelets) have already won the trials. Three people bought their cars on a trade-in, they were also denied help on the grounds that third-party claims could arise. Those who purchased commercial vehicles were also shot out. More than half of the victims were thus left out in the cold, – Yury resents.

He has conned 72 people

According to Gaus's clients who came to the editorial office of RIA Voronezh, they had knocked on all the doors: the presidential administration, the Ministry of Industry and Trade, deputies.

– We even wrote a letter to Angela Merkel and to the Volkswagen headquarters in Germany. From there, the reply was forwarded to the Volkswagen Group Rus. They just distanced themselves from us. And during the investigation, some bad things have surfaced – fake victims. No one can tell for sure who they are and how many of them there are. I heard that the financial director of Gaus is also a victim. Mikhail Shvydchenko had the Gaus stamp, and it is unknown how many more victims can emerge. During the investigation, it turned out that the director of the dealership had not paid taxes. If I had known this before, I would not have taken my money to such a firm. But we did not have an ability to find this out. We were blinded by the Volkswagen brand, we trusted him unconditionally. There is a reputation – the German decency. And this myth has collapsed, – Stanislav Bondar laments.

The men have no moral satisfaction from the fact that Mikhail Shvydchenko is in a pretrial detention facility. 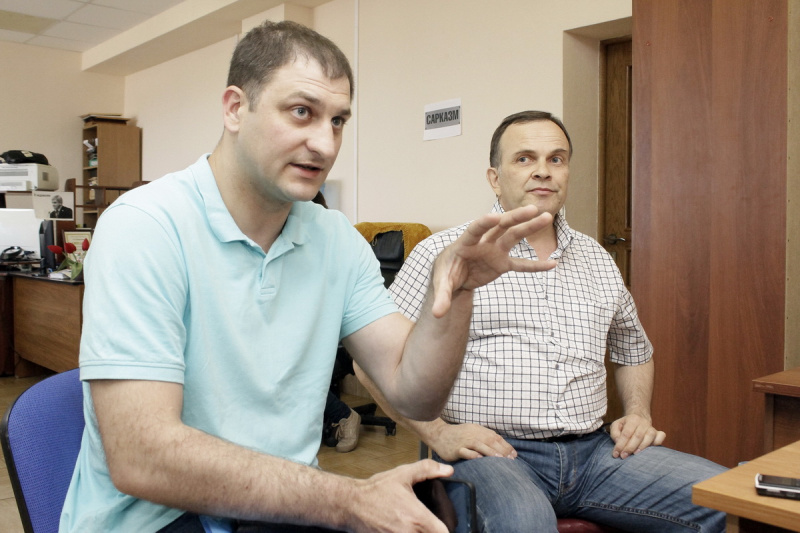 – The maximum prison time he is facing is ten years. He has conned 72 people. People have different situations: I know that among the victims there is a disabled person with ICP, he’s in a wheelchair. There are people who have run into debt, there are those who have given their last ... If he was only stuffing his own pockets – that’s one thing. But, maybe, there was some kind of a scheme in which other people are involved. The police are working on it. As far as I know, they have been working for three months without days off. Of all the government agencies that could help us, only the police are currently helping, – Stanislav says.

The press service of the Main Directorate of Internal Affairs of the Voronezh Region refused to promptly provide the RIA Voronezh journalist with information on the number of victims of actions conducted by the management of the Gaus Volkswagen Center car dealership and the amount of damage. The editors sent a written request - by law, the reply must be given within a week.

The customers of the Voronezh Gaus Volkswagen Center car dealership who did not receive their cars began to seek the truth in December 2018. As a result, in January 2019, Gaus lost the status of an official Volkswagen dealer; in February, the police of the region opened a criminal case on the fact of funds appropriation (part 4 of Article 160 of the Criminal Code of the Russian Federation). The head of Gaus, Mikhail Shvydchenko, was put under arrest until July.

Volkswagen Group Rus LLC, which unites the concern’s work on the Russian market, has announced a dealership competition. At the end of April 2019, the competition was won by the dealership groups Ring owned by Igor Ryabukha and Aurora Auto owned by Arkady Zalan. Now they own the right to sell Volkswagen cars in Voronezh.