Soap for queen. How artist from Voronezh decorates goods ordered by Elizabeth II 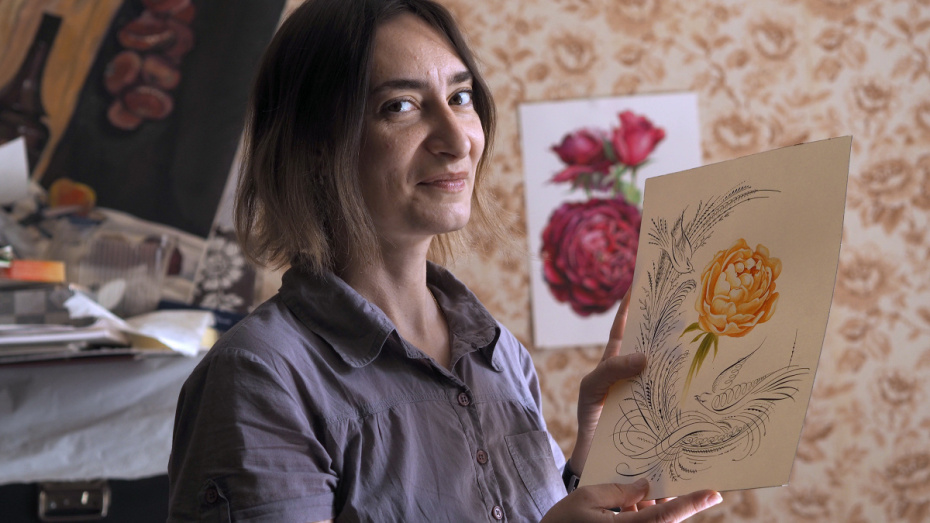 England has been inspiring Alexandra Shkarupa from her early youth upwards.

The life of Voronezh artist and designer Alexandra Shkarupa is full of good chances. Thanks to her daughters, she began to cooperate with Zapashny brothers. A few years later, the tamers asked her to illustrate their book in the fantasy genre and draw historical costumes for their shows. One day, while walking in England, Alexandra found her illustration on a package of soap, manufactured by order of Queen Elizabeth II. The artist told the correspondent of RIA “Voronezh” about her creative work and inspiration, acquaintance with Zapashny brothers and the “soap for the queen.”

Alexandra has been fond of English culture and music since her youth. There is a Freddie Mercury doll, the vocalist of the legendary British rock band Queen, is on the table at her house.

Several years ago, Sasha went to England to visit her friend. In one of the local souvenir shops with luxury goods, the artist saw a soap, which was manufactured by order of Queen Elizabeth II in limited quantities especially for the New Year. The bright packaging with bullfinches caught the buyers’ attention.

- Her friend said: “Look, what lovely little birds!”. And I answered: “These are my bullfinches!”, Alexandra recalls. 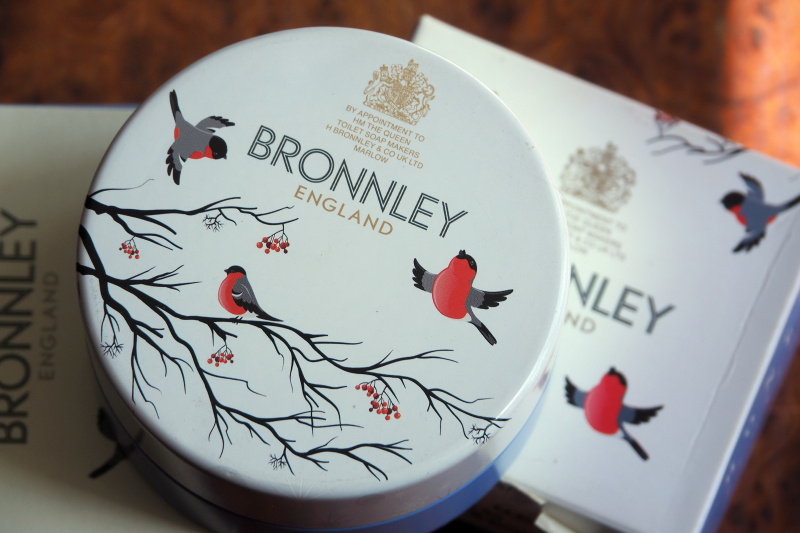 It all began when Alexandra posted the sketches on her web page. Soon, she was contacted by the buyer, an eminent British company, proud of the Royal Order, which was granted to it by King George VI, and then by Queen Elizabeth II. The cosmetic company is one of the Royal Court suppliers in the UK.

- The status of the Royal Court supplier can be assigned by the Queen of Great Britain Elizabeth II, her husband Duke of Edinburgh Philip and Prince of Wales Charles. Thus, the soap was manufactured by the company approved by the queen. It was unexpected and pleasant for me. I could not have seen it and found out about it, Alexandra told. 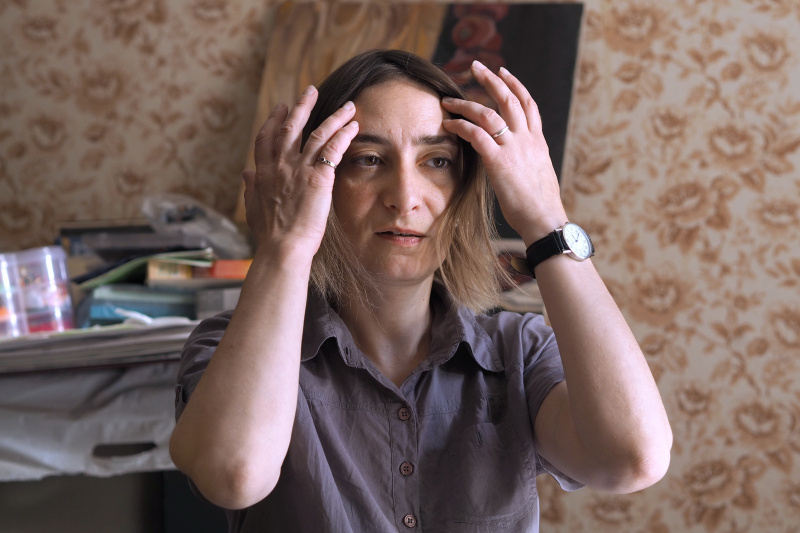 Visiting the Foggy Albion another time, Sasha found a book in one of the shops, which used the elements of her design.

- Most likely, many similar products are sold in the world, and probably my works are used in their design – I simply do not have the opportunity to track it, the artist explained.

The photos on the girl’s page “VKontakte” resemble fantasy shots: Alexandra, her husband Stepan and their daughters Tonya and Marusya each year participate in cosplay at the anime festival. Stepan is one of the organizers of the All-Russian Festival of Japanese Anime in Voronezh and the creators of the company that produces anime in Russia. 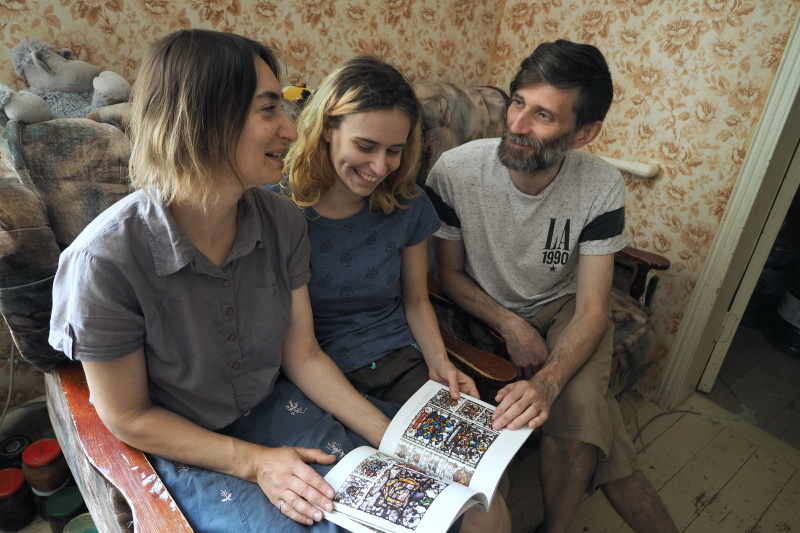 Thanks largely to her children, the artist met brothers Edgard and Askold Zapashny in 2004.

- Zapashny were giving a circus performance in Voronezh. My daughters and I went to watch the performance, and after that I got the courage and decided to write the showmen an e-mail with a proposal to collaborate. The guys were surprisingly open to communication and agreed to meet and discuss the terms, Alexandra recollected.

Sasha began to design all the advertising and printed products for the famous tamers – business cards, banners, posters. The Voronezh artist also created comics about Askold and Edgard. Her first graphic novel about the brothers-tamers was published in “K9” magazine. Later, a whole series of comic books was born, in which the Zapashny brothers appeared in the image of medieval knights. With these works, Alexandra participated in the exhibitions of the All-Russian Comic Book Festival “KomMissia”, the ideological inspirer and organizer of which was a cartoonist and comic artist Pavel Sukhikh (pseudonym – Hihus JHA).

Soon, Zapashny broters instructed Sasha to illustrate their book “Camelot. The Shards of Legends”, written in the fantasy genre in co-authorship with the Russian writer Anastasia Takki. The book includes 30 illustrations by the Voronezh artist. 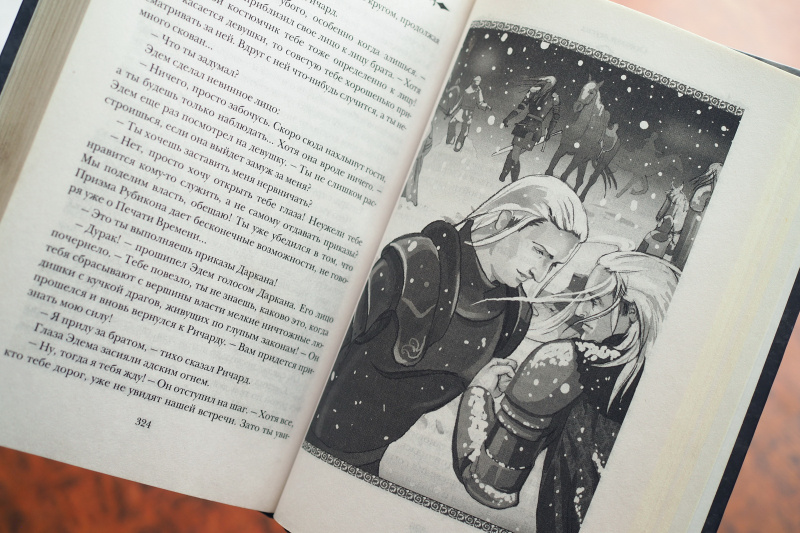 Simultaneously with the publication of the book, brothers Edgard and Askold presented the audience with a grandiose costume show “Camelot”, based on the plot of their fantasy novel. Especially for this show, Alexandra drew sketches of historical costumes and even the family knightly coat of arms of Zapashny. She had to study books on heraldry to do it.

The cooperation of the Voronezh artist with the circus artists continued from 2004 to 2009.

Alexandra Shkarupa lives in inner suburbs in the quiet center of Voronezh. English flowers, including roses, grow in her garden near the house.

- It’s my own English garden, which I planted under the influence of traveling to the UK. So, there are the same flowers as in the Foggy Albion: David Austin roses, lavender, boxwood, lilies, butterfly-bush, the artist told to the reporters. - In England butterfly-bush, reminiscent of our lilacs, grows everywhere: on vacant lots, along railways, in parks. This is a classic English plant with a sweet scent that attracts flocks of butterflies. Now they flutter in my garden all the time. 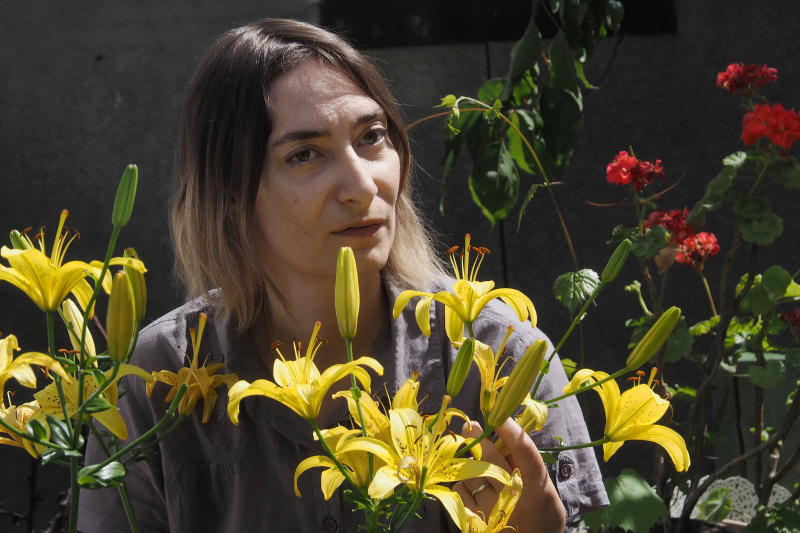 English roses not only please the eye, but also inspire Alexandra. Her last works are painted in the style of botanical illustration. The center of attention is everything that belongs to the flora: plants, flowers, mushrooms, branches, tree bark and moss. The roses bloom in the artist’s garden until the frost, so she has many opportunities to draw from nature.

Botanical illustration, or “botany,” as Alexandra calls it, is at the peak of popularity in the UK and around the world, and Russia is only catching this wave. The “botany” has its own rules and canons. For example, a flower should be depicted on a light background (white or light cream). The displayed object does not cast a shadow.

- “Botany” is very popular in interior design. Practically everyone who draws in this style, create drawings on good paper, make copies and sell them later, Alexandra told.

Sasha prefers to draw on special cotton paper, which is different in quality from cellulose paper.

- The paint on it penetrates deep into the sheet. The brightness of the picture is achieved through layering. Cotton helps to achieve the realistic effect, the artist explained.

Alexandra is sure: summer is the most productive time of the year for the artists working in the style of the English botanical illustration. August, generous for fruits, vegetables and flowers, will inspire her to create new artistic images. 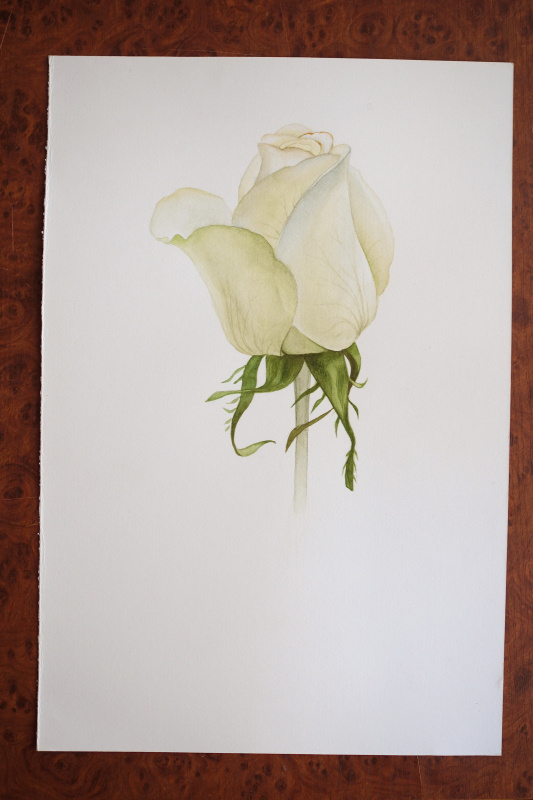