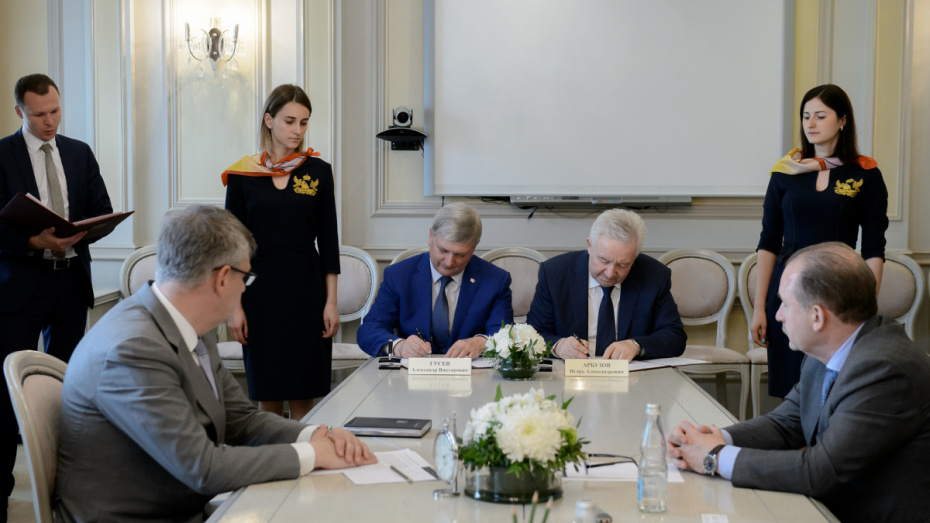 Governor Alexander Gusev and Igor Arbuzov, the Director General of JSC NPO Energomash n.a. Academician Valentin Glushko, discussed the creation of the Voronezh Rocket Engine Building Center (VTsRD) on Wednesday, May 22. The VTsRD will be opened as part of the Chemical Automation Design Bureau and the Mechanical Plant at the expense of the both enterprises. The planned project implementation period is 2019-2027.

Alexander Gusev and Igor Arbuzov signed a cooperation agreement between the Government of the Voronezh Region and JSC NPO Energomash. The Governor noted that the Regional Government would provide the project with full support.

The meeting was also attended by Deputy Prime Minister Artem Verkhovtsev, Head of the Regional Department of Industry and Transport Alexander Desyatirikov, First Deputy Head of the Regional Department of Economic Development Igor Kumitsky, as well as Executive Director of the Chemical Automation Design Bureau Igor Belousov, Head of the Voronezh branch of JSC GKNPTs n.a. Mikhail Khrunichev and Director of the Voronezh Mechanical Plant Sergeyi Kovalyov, and Head of the Department for Cooperation with the Authorities of JSC NPO Energomash n.a. academician Valentin Glushko Anatoly Zayarny.