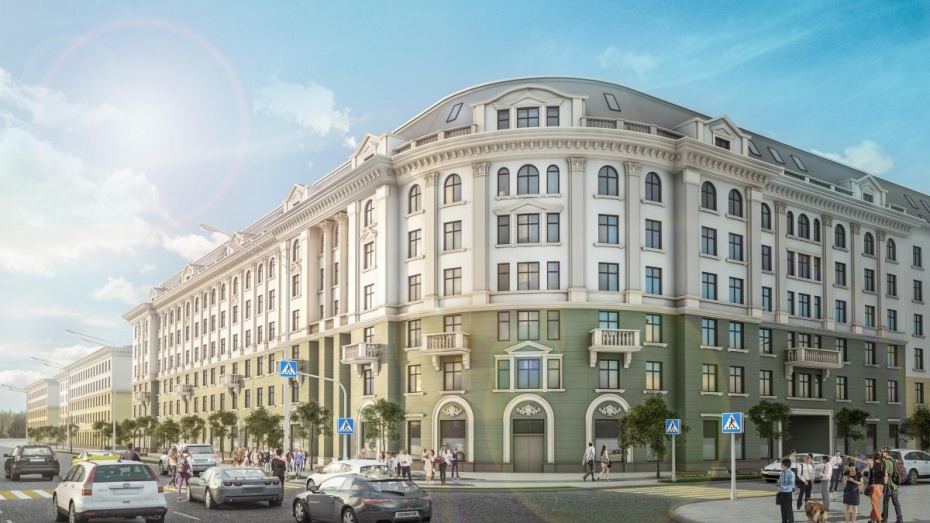 The project is at the design stage.

Dangerous residential building No. 6 on Lenin Square in Voronezh will be demolished in the near future, the engineering company told the journalist of RIA "Voronezh" on Thursday, December 7. There will be a six-story house on the place of the dilapidated building. The beginning of the project is scheduled for the first half of 2018.

The new facility is being designed by Voronezh LLC Zhilproekt. The Government of the Region has set the designers the task of preserving the historical appearance of the building, and also the architectural ensemble of the main square of the city.

The new project provides for the construction of a six-story residential building with two mansard floors. The height of the cornice line will remain unchanged, thus avoiding new architectural accents in the existing ensemble of the square.
On the ground floor there will be public facilities: for a restaurant, trade and public services institutions. The residential floors will be given for spacious apartments ranging from 50 to 100 square meters with the possibility of alteration and uniting several neighboring apartments into one. The entrances will be arranged from the ground level and will have spacious elevator halls with natural light.

The main architectural feature of the new house will be its style unity and visual identity with the historic building. The specialists working on the project, recreated the key elements of the facade, decorative elements and color solution on the basis of the drawings and archival photographs as a sign of respect for architect Troitsky’s work.

Photo – provided by the engineering company

According to RIA "Voronezh", the developer will be Vybor company.

House No. 6 on Lenin Square was built according to the drawings of architect Myasnikova in the early 1930s. During the Great Patriotic War, the building was almost completely destroyed. In 1951, with the efforts of famous Voronezh architect Nikolay Troitsky, the building was restored with a number of changes.

The rounded off house, was originally interesting as a construction in the style of constructivism, with the internal layout that took into account the socialist changes in the city. Among the 52 pre-war apartments, there were two communal apartments with ten rooms each. The first project also provided for a department store, a nursery, a laundry and a gas shelter in the house. When the house was restored, elements of the monumental post-war "Stalinist" architecture were added: columns, various stucco moldings in the spirit of classicism.

The house has been in disrepair since the beginning of the 2000s. For safety purposes, the building was fenced, a temporary passage was built for pedestrians. In order not to frighten the residents and visitors of the city, the facade was covered with a banner that eventually worn out.