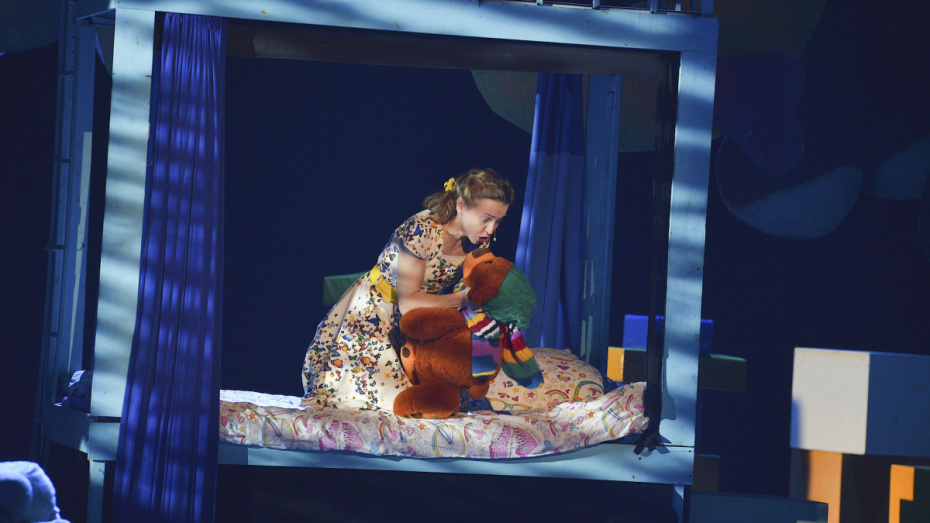 Theaters from Belgium and Israel, as well as from different cities of Russia, will give performances at the Voronezh Marshak Festival. The program of the children's festival, which begins on October 26, was published on the Marshak’s website.

Spectators will be able to see 19 productions at four venues. These are the Youth Theatre, the Koltsov Drama Theatre, the Opera and Ballet Theatre, and the Voronezh Concert Hall. The festival will open with a performance based on a fairytale by Swedish playwriter Hjalmar Bergman. The Moscow Theater "Snark" will bring to Voronezh the micro-musical "Anna-Lisa and the Bear" about a girl who made friends with a bear "because she did not know what it looks like." The final show will be a performance by the Russian Academic Youth Theater - "I Want to Go to School" - about an institution "where nothing is the way it's supposed to be."

The NYASH Co Theatre from Belgium will perform a dance production about the "micro-world of a school yard" named "10:10". The Train Theatre from Israel will present "The Lost Crown" "lost by a night fairy." It will also present “The Hungry Sandwich”. This is "a play about a man and a woman who wanted to write a story about how they trusted their fate, swam, dove, ate their heads off and, in general, lived happily ever after." Viewers will be able to see the performance of another Belgian theatre - Foule Théâtre. This is one-man show “Daraya”, in which they will talk about Syria in times of peace and war.

The 2019 Marshakfest was organized by the Youth Theater. The festival is currently looking for volunteers.

Tickets for the Marshak Festival will go on sale on September 10.