“You have to know how to love life.” How Moscow resident settled with her family in Voronezh outback 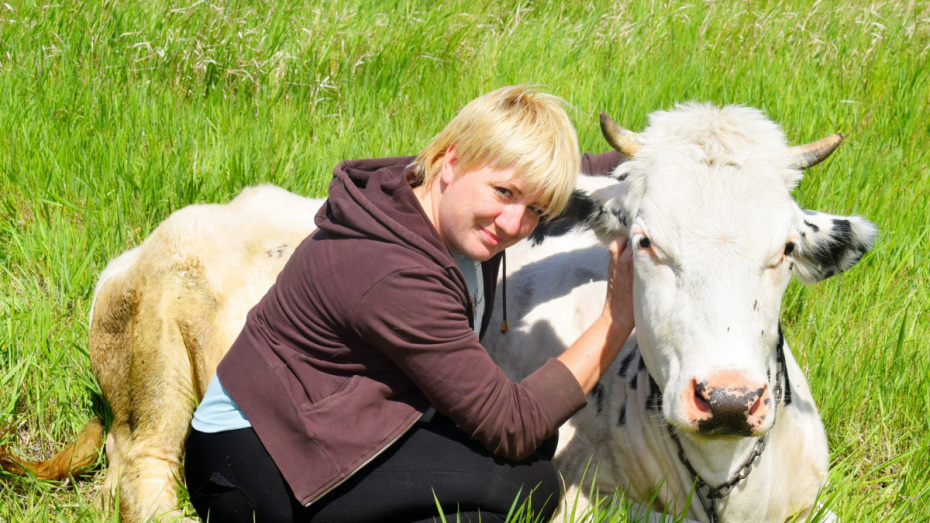 Alexandra Artemyeva has a husband and three children.

The family of Alexandra Artemyeva and Sergei Peregudov lives in a small house on the outskirts of the Gribanovo village of Novogolyelan. The spouses are raising three children. Alexandra moved to the village from the bustling Moscow. Sergei used to work in the capital too and goes to work now too, but to Voronezh, closer to his family. Nevertheless, Alexander is alone with her children and the household almost all week. It’s a great deal of work, but she seems to like such a life.

To learn how a Moscow woman grew attached to rural life, read the RIA Voronezh story. 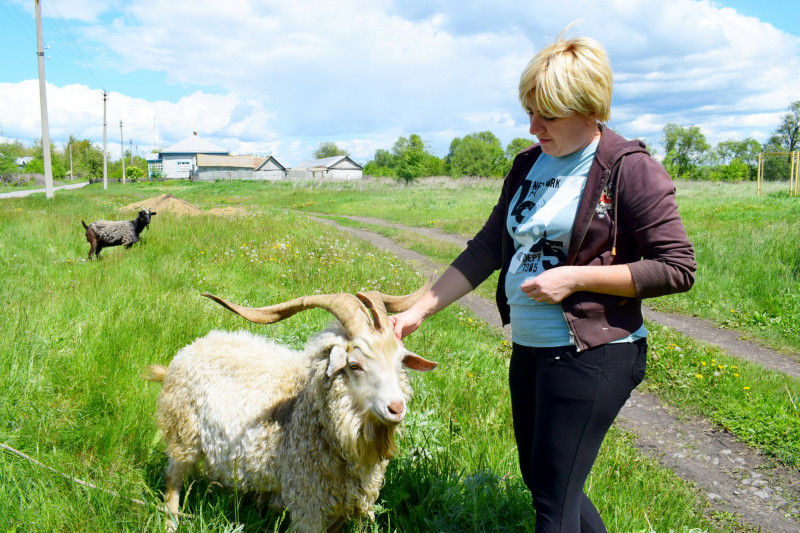 “I removed the manicure, took off the high-heeled shoes, picked up a pitchfork, and went off to feed the animals,” Alexandra Artemyeva recalls her deurbanization.

She arrived in Novogolyelan in 2008 with a small daughter. Her parents’ friends lived here. She bought a small house, got a job as a seller. The strong-willed character helped her overcome all difficulties. In the outback, Alexandra met her fate. Sergei immediately sunk into her soul. After some time, they began to live together.

“Sergei was attentive to me and my daughter,” Alexandra recalled. “He tried to help with everything, to support me. Somehow Masha started called him dad right away.” 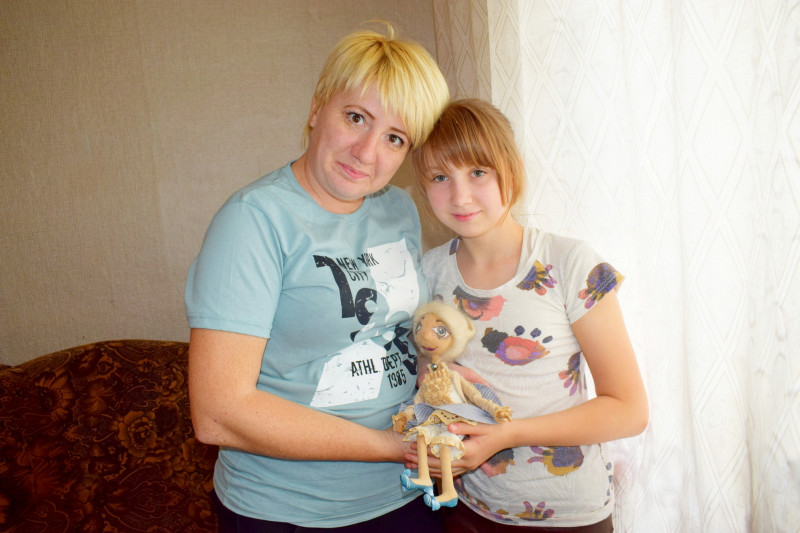 Eight years later, the couple had a son.

“Rodion is a long-awaited child. With his birth, our family became stronger. And we had another son after him. We named him Mark, in honor of a saint,” while talking with the RIA Voronezh correspondent, the energetic woman managed to bake rolls and decorate a cake with cream without forgetting to look after the children. 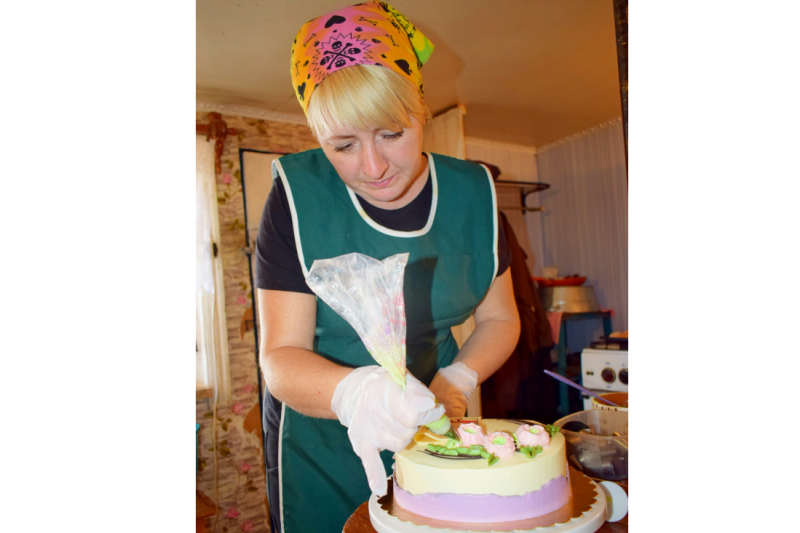 While the mother did her magic in the kitchen, everyone went about their business: Masha, the eldest of the children, sat at the computer, Rodion and Mark played with the toy construction kit.

From early morning, the young mother hurries to feed her pets, clean up in the sheds, see what is going on in the garden.

“You can’t survive In a village without farming. We used to own sheep so that we had our own meat, now we have switched to cattle. We have a cow, a heifer, calves. In addition, we keep goats and poultry,” Alexandra Artemyeva listed.

Together with her husband, she procures animal feed, mows, and stores grass. The spouses have to transport it on an old Dnepr motorcycle, they only dream of having their tractor – the family doesn’t have this kind of money. But Alexandra is doing her best to increase the family budget: she knits and sells downy shawls, makes cakes, cheese, painted gingerbread cookies, colorful photo albums if anyone asks her to. 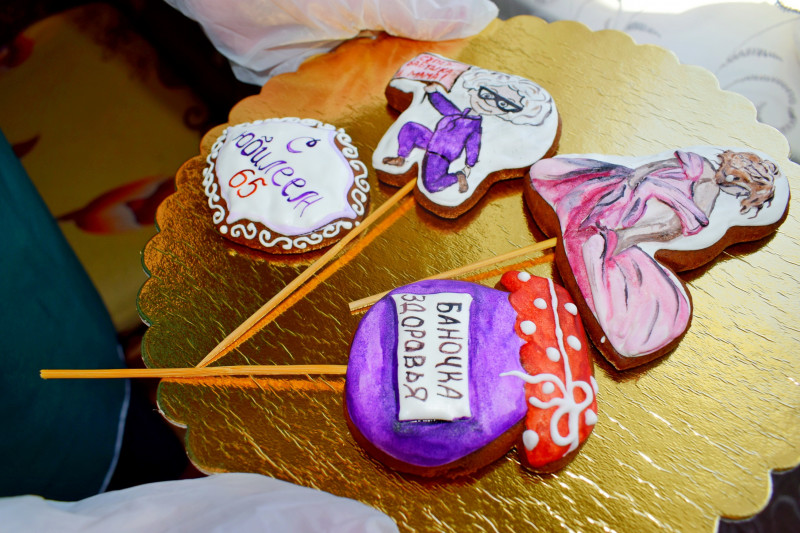 The woman often spoils her own children with home-made ice-cream.

“There is practically no free time,” admitted Alexandra. “We go to the garden with the children. While I process potatoes or vegetables, we have time to study beetles and weed with Rodion and Mark, we sing songs. My sons are very curious. They are interested in everything. They do not shut up for a minute. We craft things with them...” 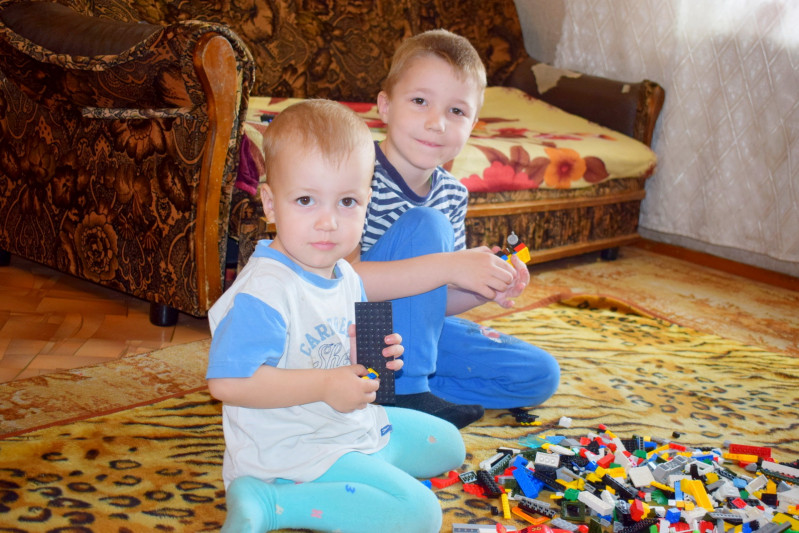 Her daughter Masha, in addition to doing homework, monitors the incubator, helps her mother around the house.

“My daughter is my wings,” Alexandra says. “I want her to know how to do everything too, I have been accustoming her to household chores and making pastry since she was a child. I ask for her advice so that she develops taste. I try to teach even the boys to cook: you never know when it may come in handy in life.” 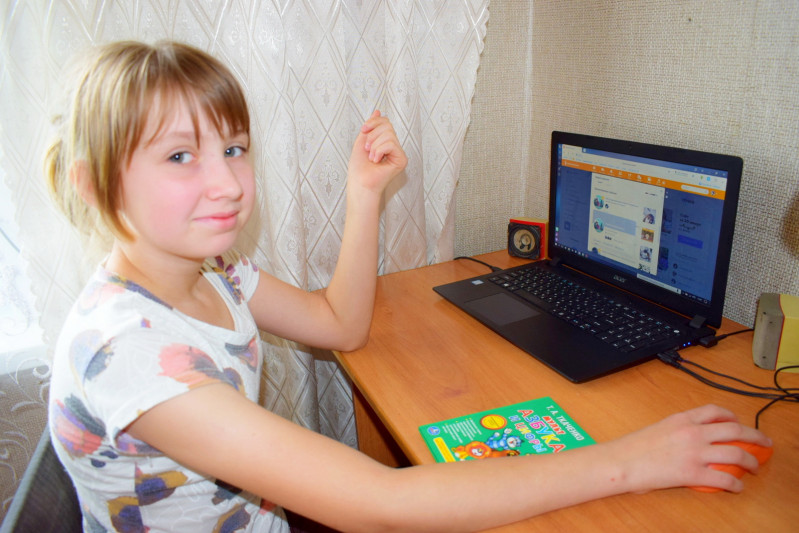 Lately, Masha, like all other children, has been studying remotely. There is quite a lot of tasks to do, and now creativity classes have been added. Her mother has to put off all household chores and help her.

The large family waits for weekends, when the father returns home, with great impatience. The children rush to meet him and do not let him go even for a moment during these two days. But most of all, the head of the family is awaited by Alexandra herself.

In the future, Alexandra Olegovna and Sergei Viktorovich plan to buy a new house - it became too crowded in their small one. The maternal capital is unlikely to be enough, so the young family is trying to save money. 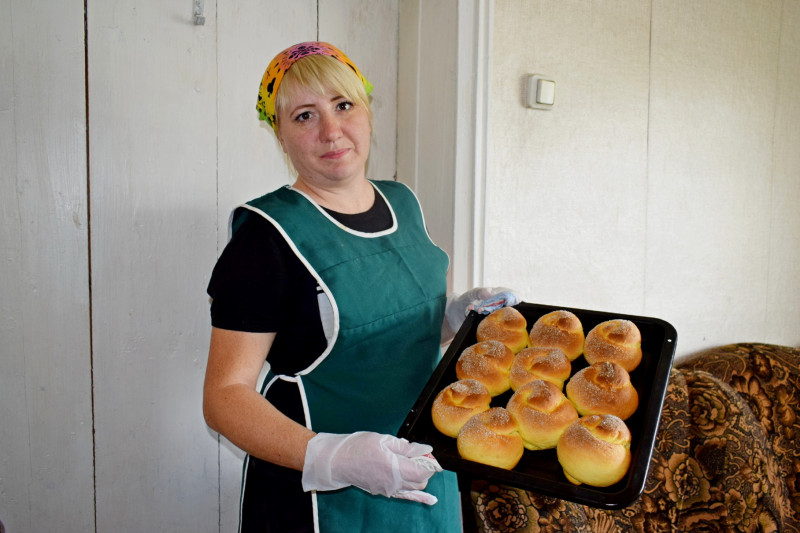 The family honors Orthodox holidays. On Easter, Alexandra Artemyeva bakes cakes and gives them out to relatives and neighbors, and on Christmas, the relatives gather at the festive table, and the hospitable hostess treats them with her signature dish – duck stuffed with buckwheat.

Alexandra admitted that she wanted to break out into the city in the first five years in Gribanovsky District, but over time, she grew to appreciate the advantages of the rural outback:

“I'm so glad we're in the village! The children breathe fresh air, eat ecologically clean food, enjoy life. And this is the most important thing for me and my husband. You have to know how to love life, and it will repay you the same way.”