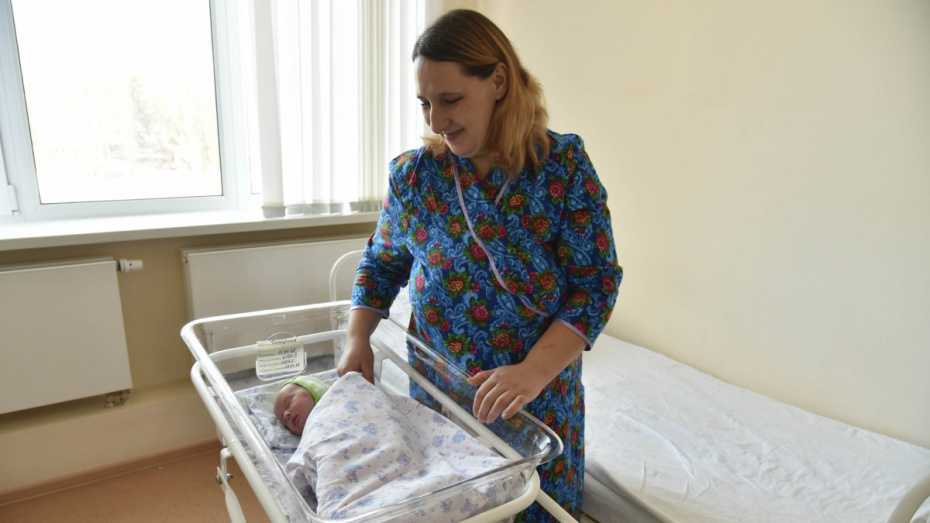 This is the 18th birth of a living baby under such pathology in 150 years.

Doctors of the Voronezh Perinatal Center performed a unique surgery on January 17, which resulted in the birth of a healthy girl born outside the uterus. The Department of Health Care announced this on February 4, when it became clear that the conditions of the mother and child were not life-threatening. Now the baby, who was named Anastasia (the name means "returned to life"), weighs already 2.45 kg. She turned out to be a calm child, she eats and sleeps well. The girl and mother will most likely be discharged on Tuesday, February 11.

The details of the extraordinary birth were found out by the journalists of RIA Voronezh.

"I haven’t suspected it until the last moment"

Thirty-eight-year-old Yevgenia Baturina from Bogucharsky District had not known about the pregnancy until she felt the fetus move and abdominal pain. The woman turned to the Bogucharsky District hospital. After an ultrasound scan, the doctors said that she was pregnant and the gestational age was 34 weeks, which in turn meant that the pregnancy was coming to an end. They had no idea that a pregnancy at such a late stage could be an ectopic one. 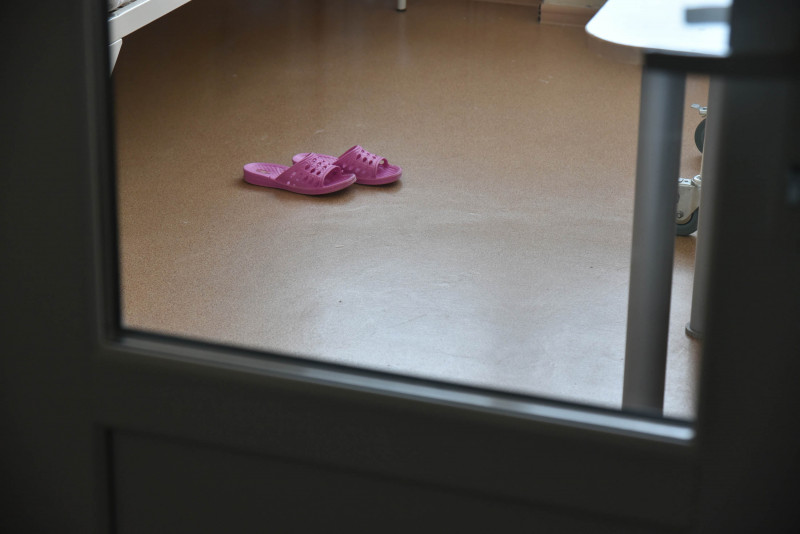 “An ectopic pregnancy would be easy to identify at an early stage. But the fetus was already large, it developed normally, and it was difficult to even assume that it was in the abdominal cavity. The tissues enveloping the fetus created the appearance of a normal uterus during the ultrasound scan. An ectopic pregnancy at this period is casuistry, there may be one case per million. The specialists of the Bogucharsky District hospital have never encountered anything like this,” explained Tatyana Gushchina, an obstetrician-gynecologist and the head of the Obstetric Department of the Perinatal Center. 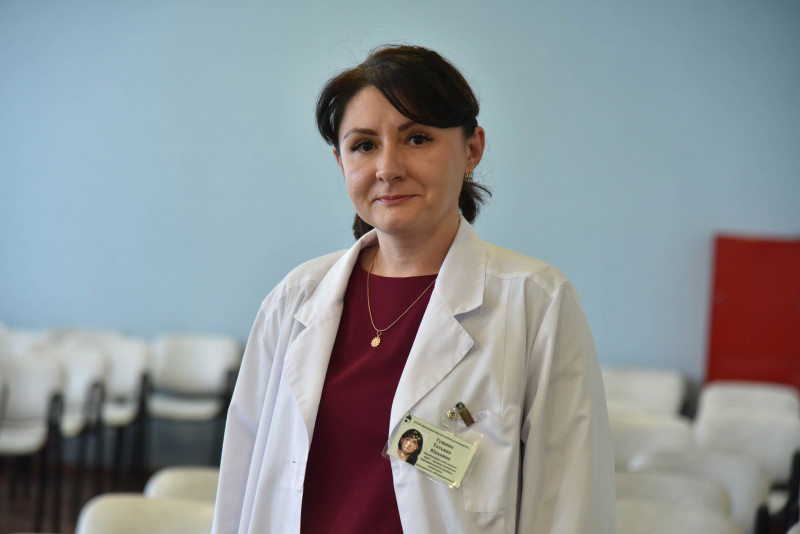 According to statistics, the cases of ectopic pregnancy amount to no more than 1-2% of the total number of pregnancies, and the localization of the fetus in the abdominal cavity amounts to only 0.4% of this number.

“This is my third child, but the pregnancy did not proceed like the previous ones at all. Rather, there were no signs of it at all, so this news was a shock for me, for my husband, and for children,” Yevgenia told. 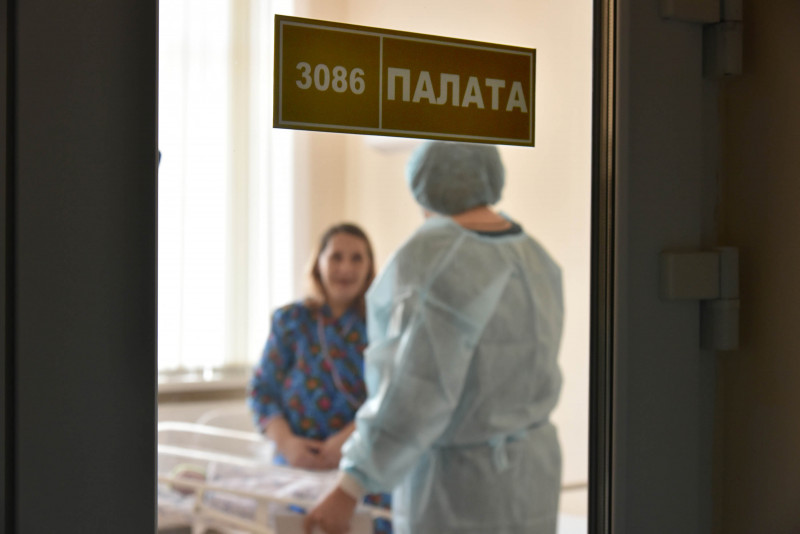 The woman had been going to work until almost the last moment - she is a pastry chef by profession. Yevgenia learned about the danger she had been facing only after the birth of her daughter.

"Found out only during the surgery"

The patient with complaints of abdominal pain was sent to the Voronezh Perinatal Center, where the doctors found what they were facing only during the C-section surgery. The one and a half hour surgery involved 11 specialists: surgeons, anesthetists, neonatologists, pediatric resuscitators, and nurses. Yevgenia lost 3 liters of blood, partly these losses were replenished with her own blood thanks to special equipment. The baby was born healthy, 46 cm tall and weighing 2.15 kg. 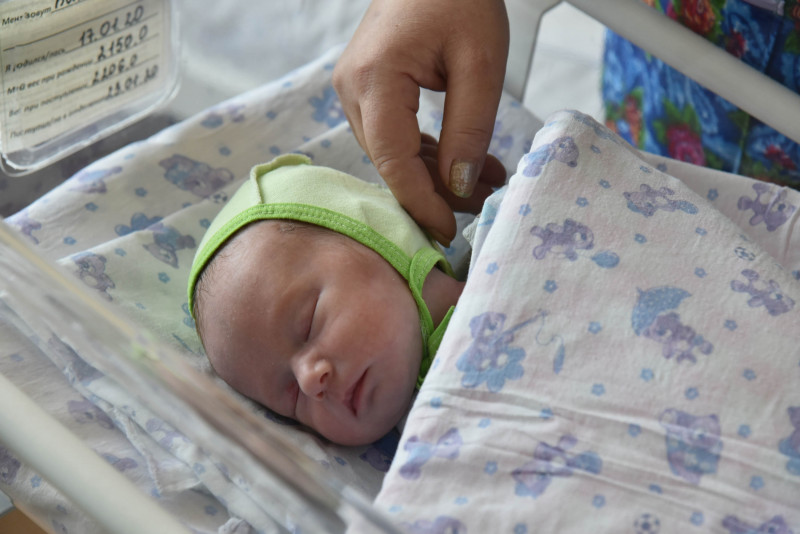 “Such a miracle happens extremely rarely. In my 44 years of work, this is the fourth case when a baby had developed outside the uterus and the first one when the baby had survived. I remember all these cases: in Pavlovsky and Verkhnekhavsky districts and in Africa where I had worked. An ectopic pregnancy is usually terminated at the gestational age of no more than 12-15 weeks, and in doing so, the mother’s life can also be in danger. Diagnosing an abdominal pregnancy is very difficult. In this case, we were lucky that the placenta was attached to the fallopian tube and ovary and not to the intestines or other vital organs that would have been damaged in this case,” explained Galina Nikonova, head of the obstetric center. 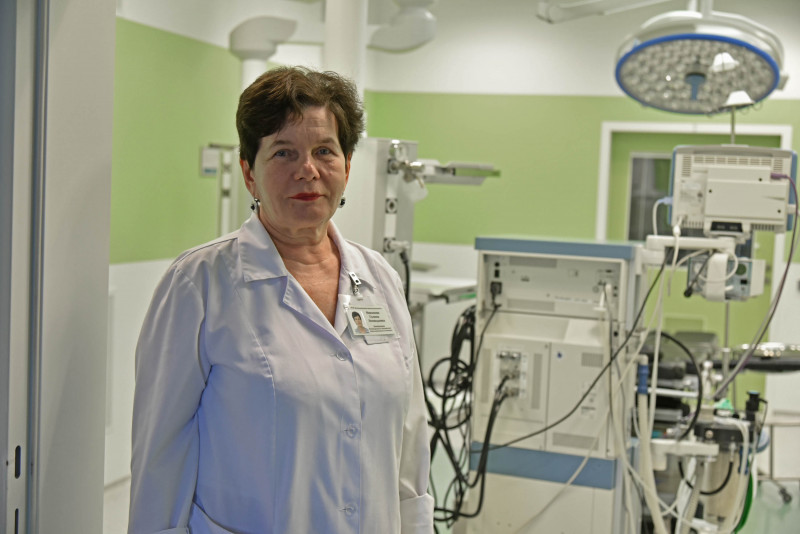 “This case will fall into textbooks”

The main freelance neonatologist of the Department of Health Care of the Voronezh Region Lyudmila Ippolitova noted that this case would certainly fall into the medical literature. Its uniqueness lies in the fact that the child had developed to a late stage during an ectopic pregnancy, its development corresponded to this stage, and that everything ended well - both the mother and the baby are alive. According to Lyudmila Ippolitova, she studied this issue and found that so far there had been only 17 cases of the birth of a living baby under such a pathology recorded in the world over the past 150 years.

“The competence of the doctors allowed saving the life and health of mother and child. The abruption could happen at any moment, and in such a case the child dies is 100% of times, and the doctors would have literally 7-10 minutes to save the woman from heavy bleeding,” Ippolitova explained. 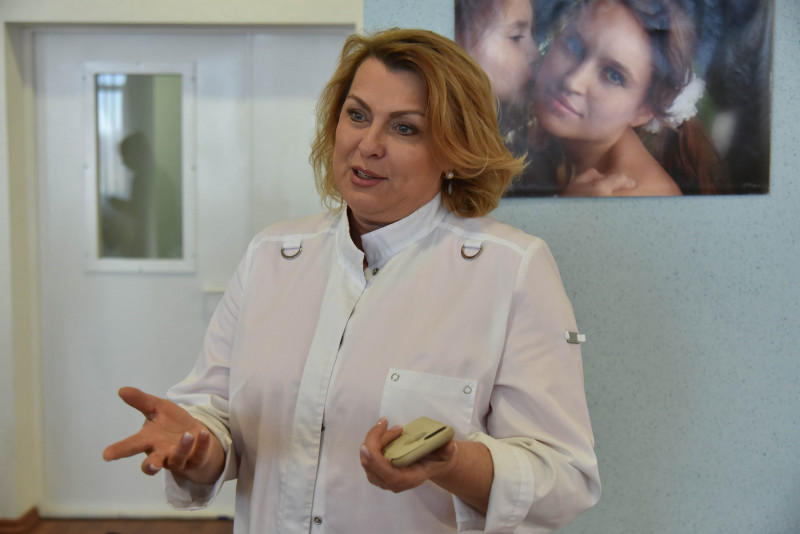 According to the chief neonatologist, the infant remained in intensive care for five days under dynamic supervision.

“But the situation did not require any serious invasive procedures. The child received light respiratory support with oxygen. On the sixth day, the baby was transferred to the second stage of nursing. Today the girl is in the ward with her mother,” added Lyudmila Ippolitova. 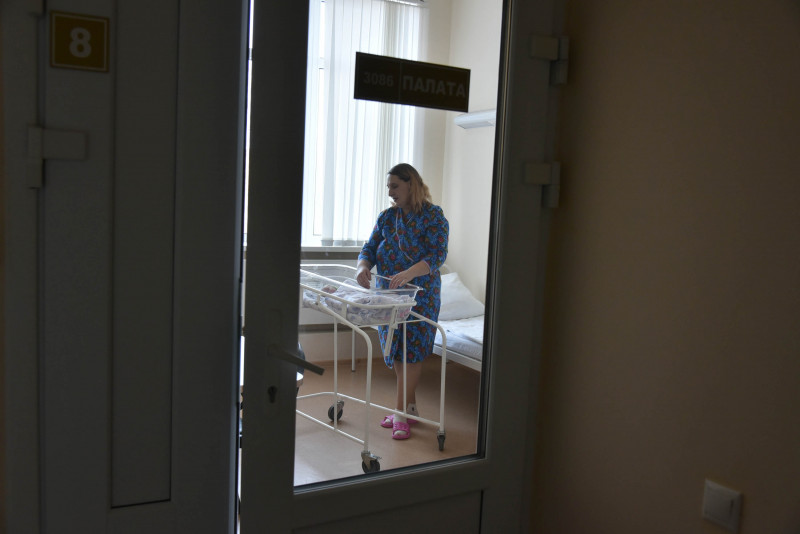 “There is no large family status”

Yevgenia has a 19-year-old daughter, a six-year-old son, and even a little grandson. Since the oldest child is already an adult, the family will not be considered large. But it will be able to take advantage of all the social benefits legally due to it. 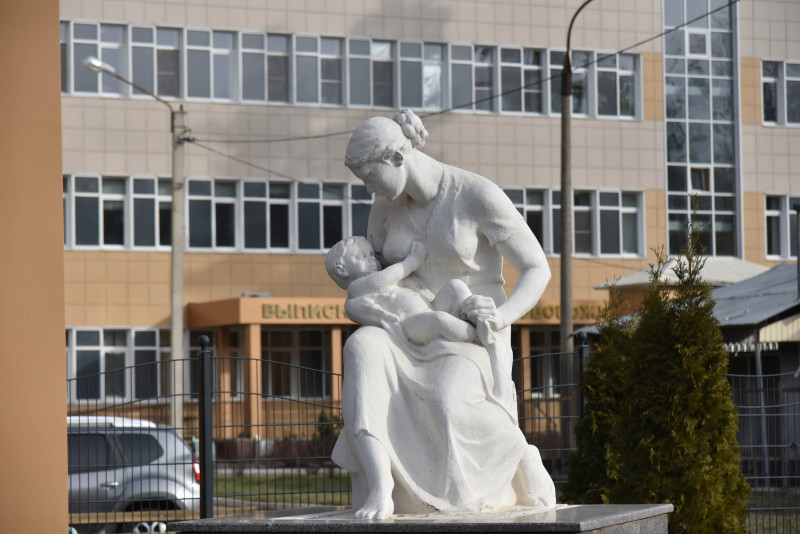 “Firstly, it includes our regional maternal capital - it currently amounts to 150 thousand rubles. As a family with a small income, they will receive monthly payments for the baby. Plus, the benefits that were voiced by the President of the Russian Federation in his Address to the Federal Assembly (the Russian government is already working on the implementation of these measures),” said Lyudmila Ippolitova.

Yevgenia Baturina herself says that money is not the case – the main thing is for the children to be healthy. 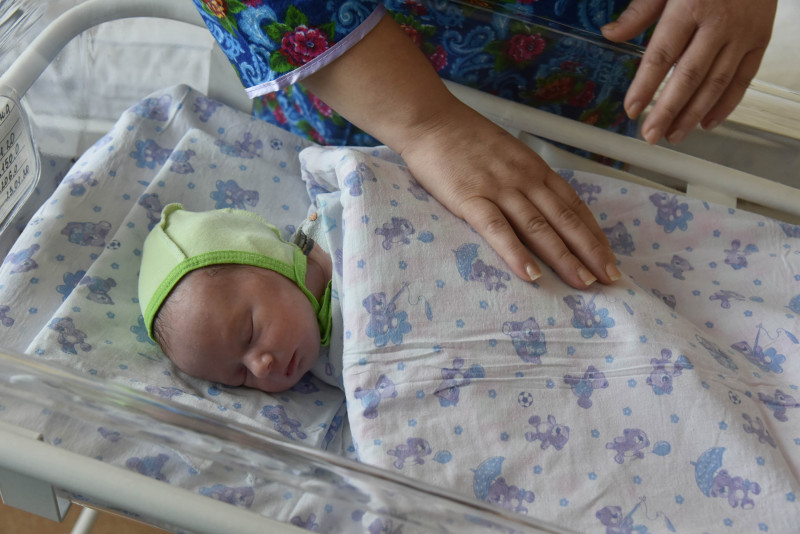 “The first two weeks after the birth of my daughter, of course, I was overwhelmed with emotions. I could not believe that this had happened. Now I'm used to it. I thank the doctors for saving us, constantly supporting me and not leaving me after such a complicated surgery even for a minute. I feel good now, we are preparing to be discharged on Tuesday,” the woman said.