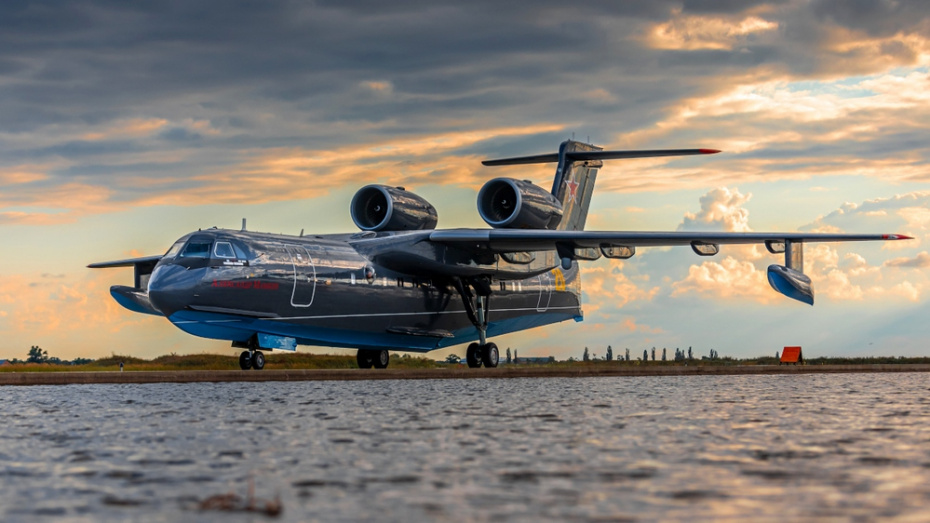 The event will take place in St. Petersburg on Sunday, July 26. The name of the legendary pilot was immortalized in a Be-200ES amphibious aircraft. Veterans and ethnographers, including the Voronezh Regional Council of Veterans and professor and local history writer Alik Abassov, petitioned the Ministry of Defense to assign the name of Alexander Mamkin to the military aircraft.

The aircraft was created by Taganrog aircraft manufacturers. On July 14, the aircraft was solemnly handed over to the Center for Combat Training and Retraining of Flight Personnel of the Naval Aviation of the Russian Navy deployed in the Krasnodar Territory. Using the aircraft, its pilots will provide emergency assistance in areas of extreme disasters, conduct search and rescue on the water, perform ambulance and cargo transportation and extinguish fires.

Right now the crew of ‘Alexander Mamkin’ is preparing for the parade in St. Petersburg.

Alexander Mamkin was born in the khutor of Krestyansky in Repyevsky District in 1916. During the Great Patriotic War, he participated in the evacuation of over 150 pupils of a Polotsk orphanage. In late March - early April 1944, the pilots of the 105th Separate Guards Aviation Regiment of the Civil Air Fleet, where Guard Lieutenant Alexander Mamkin served, ferried the children across the front line to the rear. Mamkin made eight successful night flights. On the night of April 11, 1944, 13 people were to be evacuated, including ten children and three adults. The plane was hit by the Germans. The pilot crossed the front line on an already burning plane. Mamkin received fatal burns. The pilot managed to land the plane and save the passengers. He died six days later from his injuries. There is footage showing Mamkin putting the children on the plane. The documentary footage was included in the films People's Avengers, The Road without Rest, the epic series The Great Patriotic War (fourth episode), as well as in the seventh film of the Belarusian documentary cycle War. Known and Unknown. In Repyevka, the bust of the pilot was installed on May 9, 2019.