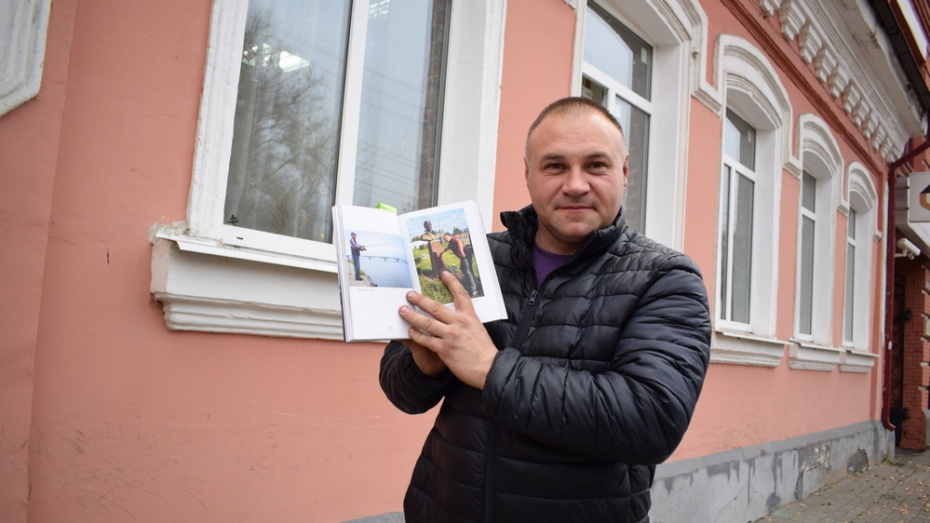 Margot Flügel-Anhalt and Valery Grigorov met in the summer.

A German traveler, 64-year-old Margot Flügel-Anhalt, dedicated a chapter of her book “Über Grenzen” (Across Borders) to the resident of Borisoglebsk Valery Grigorov. The woman met him in the summer during her long trip through Russia. A copy of the book was handed over to Valery by representatives of the Borisoglebsk Society of Russian-German Friendship.

“It came to me as a complete surprise,” the man admitted to the RIA Voronezh correspondent.

The Borisoglebsk resident and the German woman met by chance.

“I saw a motorcycle with German plates on the street and went up to ask if any help was needed. The driver took off the helmet and I saw that this was a woman. It turned out that she was traveling alone. She stopped in Borisoglebsk to rest and also to change the oil in the motorcycle. I escorted her to a car service, helped her check into a hotel and then gave her a tour around the town. We started from the central square, visited a museum, an art gallery and a theater. I showed Margot the railway station, the building of the military school, the "Motherland" Memorial. We walked along the Borisoglebsk “Arbat”. I bought her a clay whistle as a keepsake. At first, she refused because she did not want to take unnecessary things along with her on a long trip, but in the end, she agreed,” Valery told. 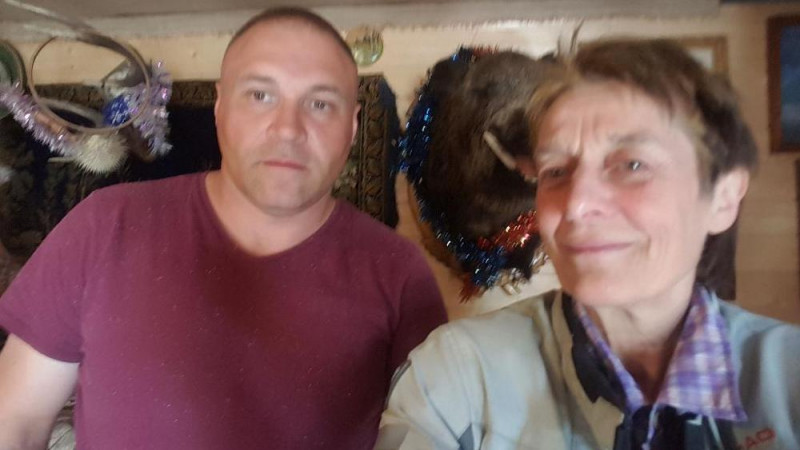 Then the Borisoglebsk resident invited Margo to his home and showed her things from the USSR times. The German woman placed a selfie with a portrait of Lenin in her book. There is also a photograph of Valery Grigorov on the territory of a military grave.

Margot Flügel-Anhalt lives in Thurnhosbach (the State of Hesse in central Germany). The woman has two adult sons and a grandson. In the summer, she decided to fulfill an old dream - to go on a great motorcycle trip. Before the trip, Margot started a blog where she shared her impressions. These notes later formed the basis of the book.

“I decided to feel that everything was alright with the world,” Margot Flügel-Anhalt wrote.

The German woman covered over 18 thousand km on her motorcycle in 117 days. She has visited Ukraine, Russia, Kazakhstan, Turkmenistan, Iran, and Turkey. When she passed the 7 thousand km point, documentary filmmakers famous in Germany took an interest in her journey. They made a film about the Central Asian part of Margot Flügel-Anhalt’s trip.

In the book “Across Borders”, Margot described her adventures in each of the 18 countries she had visited. The collection includes descriptions of nature, thoughts on cultural differences, stories about people with whom she has met. 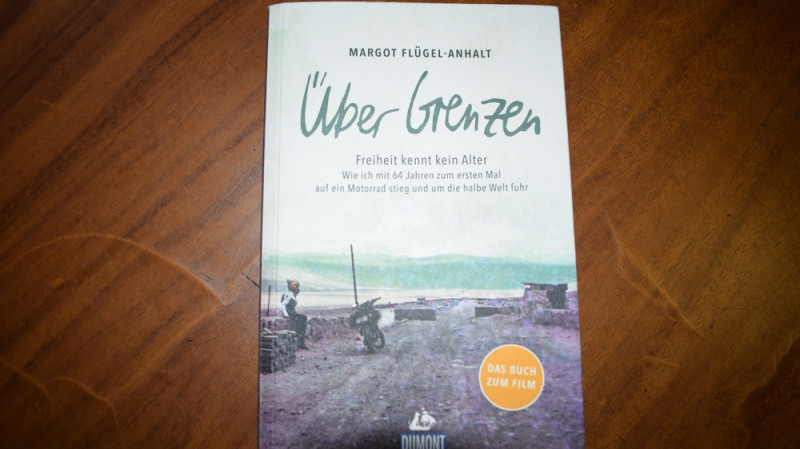 “I will not forget this man soon. Thanks to him, I got acquainted with this city within a day to the utmost possible extent,” Margot wrote about Valery Grigorov in the chapter “June 8th. Borisoglebsk. 3049 km".

Margot especially remembered the excursion to the memorial and the military burial place, as well as Valery’s story in incorrect German about his veteran grandfather.

“We stood silently, I sympathized. If we had then come not as conquerors, but as travelers, we could experience the great hospitality of the Russians,” Margot Flügel-Anhalt shared.