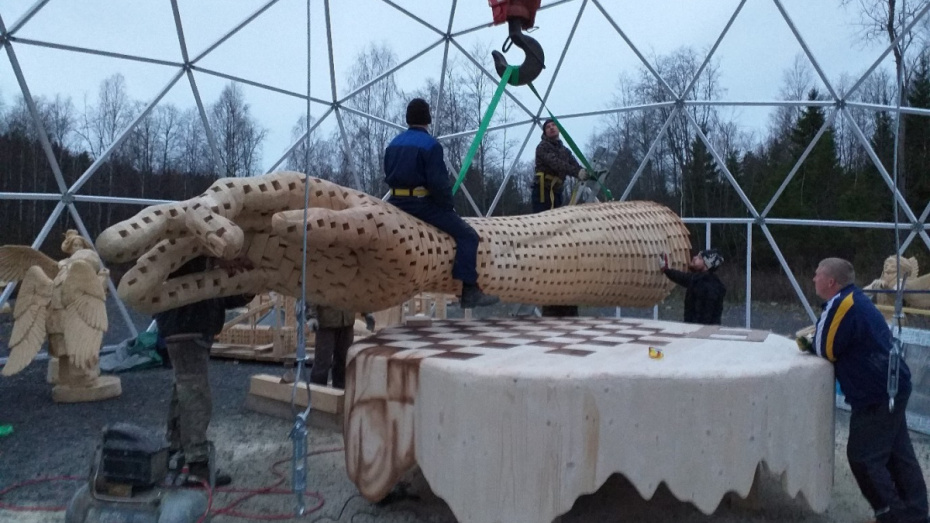 The installation covering 150 square meters is located in Karelia.

Russia’s champion of park sculpture Alexander Ivchenko has finished the work on his largest composition, the Abode of the Angels, with an area of 150 square meters. The Voronezh citizen had worked on the art object with his partner Alexander Alferov for 14 months. The exposition will open in the Ruskeala Mountain Park in Sortavalsky District of the Republic of Karelia on Saturday, November 2, and will become part of the future museum, which will be launched by the 100th anniversary of the republic in May 2020. 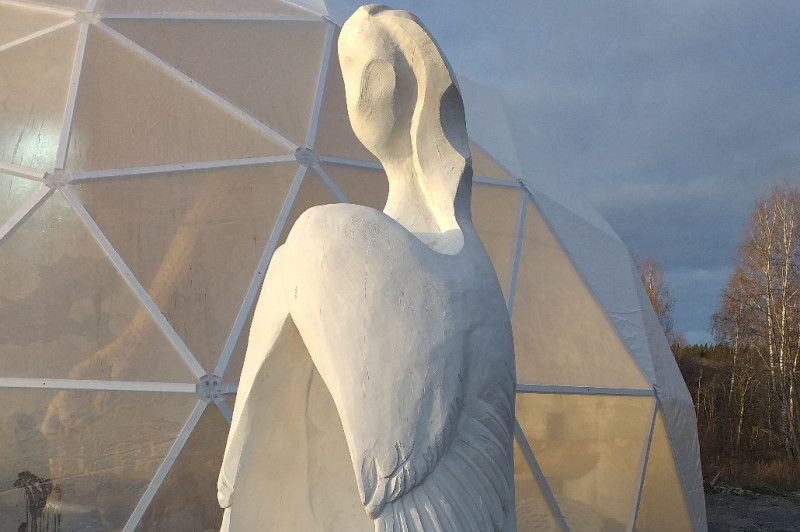 The figures are protected from rainfall by a translucent dome. 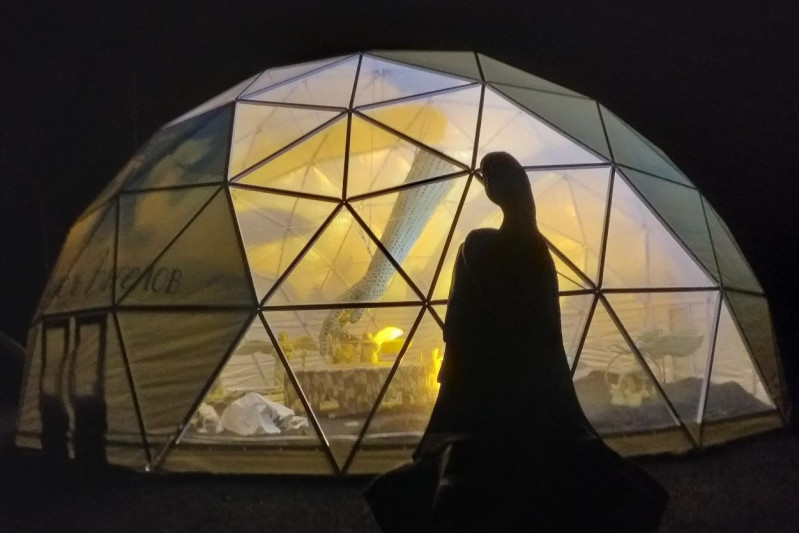 In the center, there is a 25-square-meter chessboard with over 30 wooden sculptures on it. Alexander Ivchenko divided them into three parts: the level of people, the level of angels and the divine level. The smallest figures are people. For example, the height of a boy fishing on a shore is only 13 cm. The sculptures with human height are angels. And above the board rises the 7.5-meter-high hand of the Creator. Made out of 4 thousand wooden elements, it puts the sculpture of the Savior in the center. 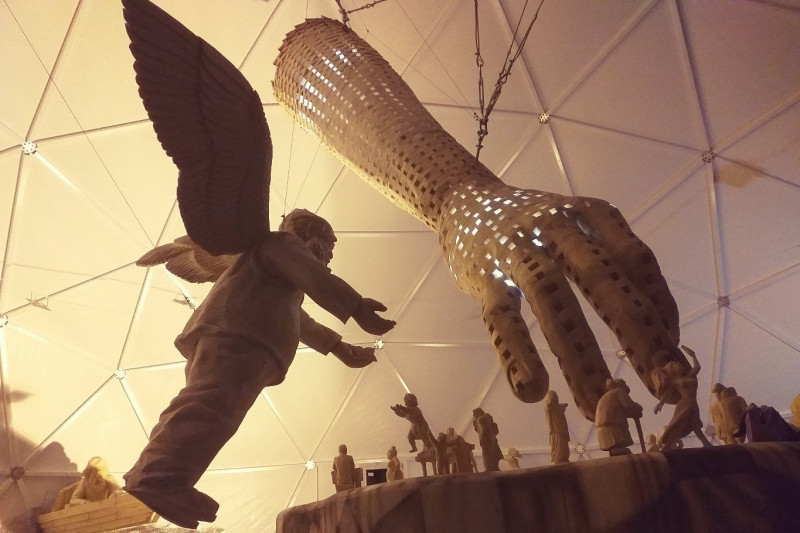 When creating the Abode of the Angels, Ivchenko wanted the visitors of the park to look at their problems from the side. The whole chessboard is filled with everyday situations - birth and death, wealth and poverty, love and betrayal.

One of the most striking stories is Farewell and Encounter. At the miniature level of people, Alexander created a hospital table with a sheet-covered body lying on it. The inconsolable relatives are standing over it. And the soul of the deceased grandmother is walking upstairs, into the large palm of her husband, who became an angel in human height. In his other hand, the grandfather holds small wings for his beloved.

Another plot depicts the duel of Pushkin and Dantes. The wounded poet falls into the river from where he, along with other figures, is swept by a janitor angel. 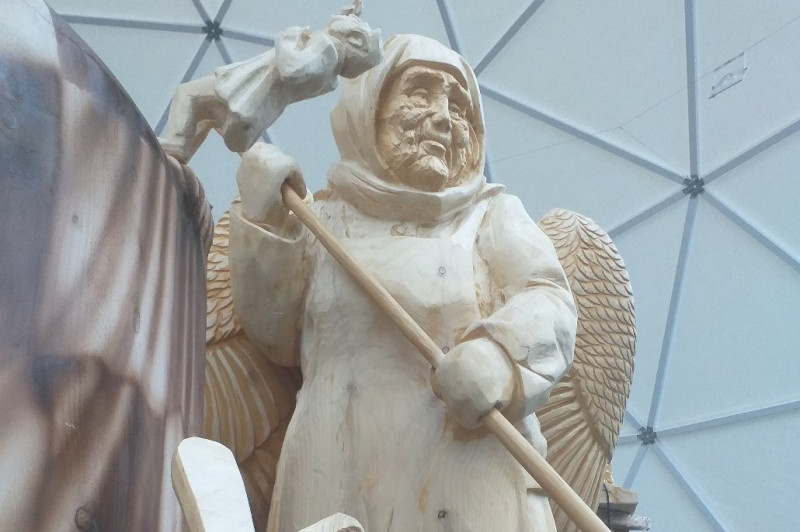 Behind her, the figures are picked up by a boy and a girl who, while the janitor does not see them, put them back on the playing area. 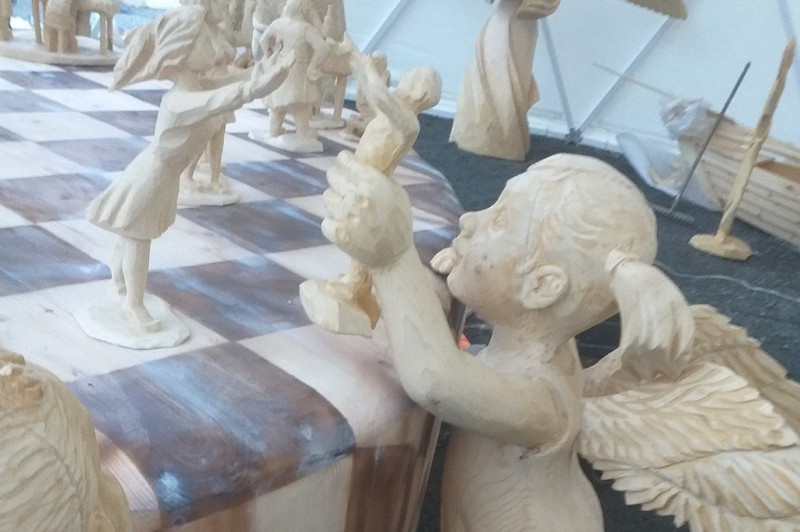 Alexander Ivchenko made the composition without the foolproof traditional for wooden sculptures. This is why the Abode of the Angels is a pure art.

– Usually, when you cut out a park sculpture, you don’t add tenuous details so that they don’t get broken off by children or drunk. However, when creating the Abode of Angels, we carved as finely as possible, adding such details as eyelashes and fingers of a pianist, – the author told the RIA Voronezh correspondent. 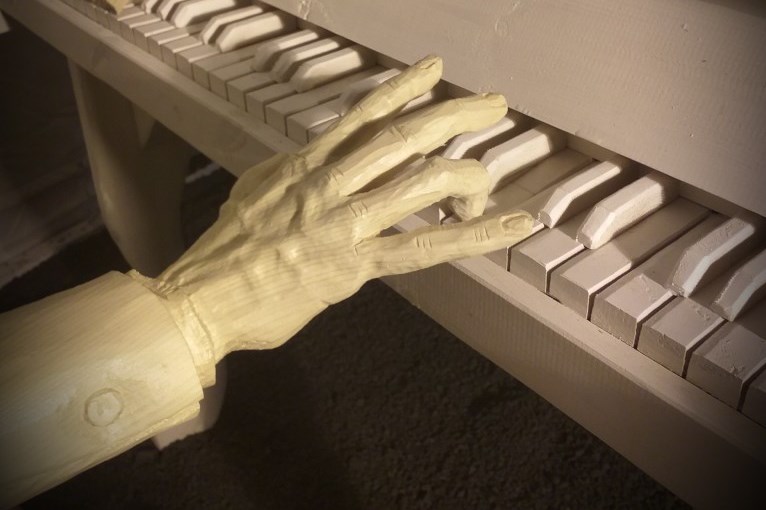 According to the artist, the Abode of Angels is the first attempt in the world to create a theatre with wooden actors telling their dramatic story about life and eternity, about good and evil. For more information about the work of Alexander Ivchenko, read the large article of RIA Voronezh.