“The clouds look like cotton from above.” Story of Voronezh paratrooper with 124 jumps 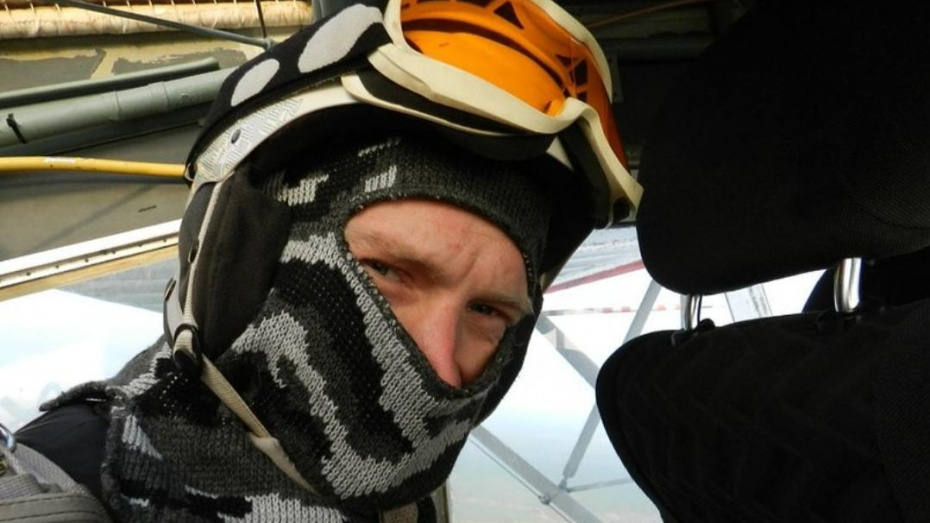 Sergei Malyugin talks about the charms and dangers of the extreme sport.

Sergei Malyugin from Semiluki has 124 parachute jumps under his belt. His page on social media is full of photos from airfields, he even has a picture of a parachute on his T-shirt. He is a high-rise installer by profession, but this does not mean that the man is not afraid of heights: according to his own statement, everyone is afraid of it.

To find out how Sergei brought himself to make the first jump and what he experienced at that moment, what force majeure made him forget about parachutes for five years, and whether such a sport is accessible to everyone, read the RIA Voronezh story.

“Once my friend and I were driving around Voronezh - it was summer, hot and boring,” Sergei Malyugin began. “Passing by the flying club, we thought: why not try to jump with a parachute? And we jumped. It was in 2011 - my first three-second jump from a height of 800 m. Then there was a second, a third ... And I realized that I wanted to connect my future life with this sport. Whoever says he is not afraid of heights is lying impudently. Height is fraught with danger. I have friends who have done over 2 thousand jumps, but even such experienced paratroopers feel scared before the next jump. And this is understandable because this is a risk.” 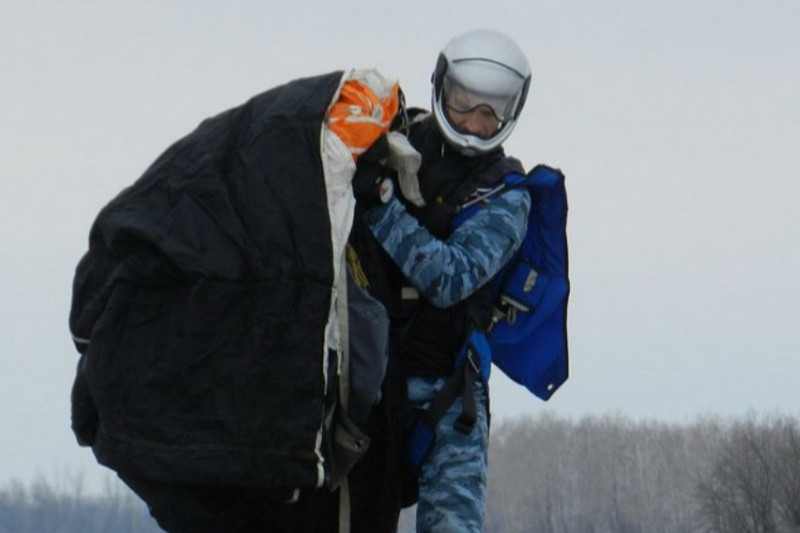 Sergei’s profession also involves risk and danger. When asked about what attracts him to height, the man replied: "I cannot imagine my life without adrenaline."

“When you jump out of an airplane, something incredible happens to you, it is impossible to experience such sensations on the ground. It is difficult to explain, you have to try it yourself to understand. Pilots have a saying: a person who has once approached a plane will either not approach it ever again or will not leave it. The same is true here.”

According to the paratrooper, the brightest moment is separation from the plane: when the door opens, you cross the threshold and jump into the void:

“This is a very strong sensation. And even after hundreds of jumps, the feeling of going into nowhere does not go away. As for fear, it’s always there, but after about the 30th time, it transforms into something else. You no longer writhe in hysterics looking for the ring and thinking about how to pull it out correctly. For example, I reconfigure myself, focus only on the jump, and how to perform it correctly.” 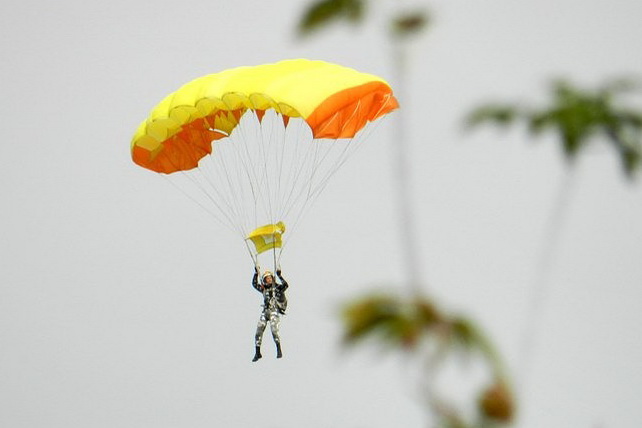 According to Sergei, parachuting is not a cheap enjoyment:

“It will come out a pretty penny. The jump itself costs about 3.5 thousand rubles plus mandatory insurance of 500 rubles. You can order video shooting - although this is only for tandem jumps (together with an instructor): the operator will circle around you like a bee the entire flight and shoot you on camera. This costs about 2 thousand rubles.”

During the first 50 jumps, Sergei Malyugin photographed himself from all angles.

“Then I got tired of it,” he admitted with a laugh. “By the way, sunflowers look very cool from a height. Landing on them is very unpleasant though - they prickle. And the clouds look like cotton from above, like the cotton they throw on a Christmas tree on New Year's Eve. It’s beautiful.” 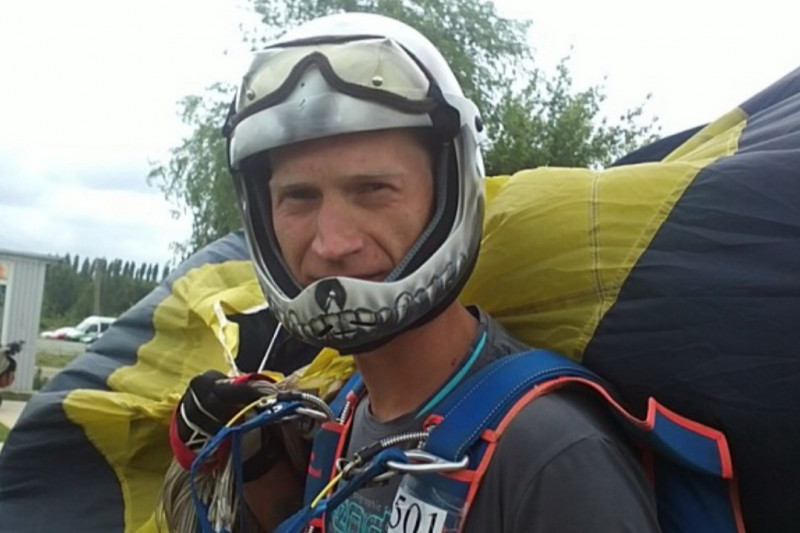 They say parachuting is among the safest among the extreme sports, and injuries are mainly suffered by professionals who have overestimated their capabilities.

With Sergei, the force majeure occurred during the 118th jump. He was not even going to jump at all on that day.

“My niece came to visit me,” Malyugin recalled. “We were going to simply go to the airfield, take some pictures, chat with the guys. But at the last moment I thought: since we’re already going, why miss out on the opportunity? I’ll jump. It was a jump that threw me out of parachuting for five years.”

That day Sergei decided to parachute from the wing of the plane. After the aircraft rose to a certain height, he had to get from the cockpit on to the wing. But Sergei did not have the time to exit the cockpit - he was suddenly pulled out and thrown aside. 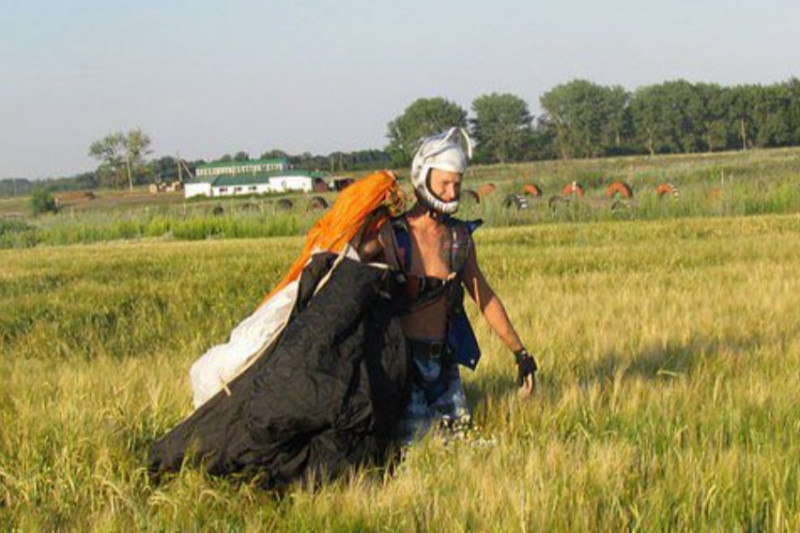 “My first thought was: "I didn’t manage to hold on." And it was already during the flight that I realized that the parachute opened prematurely. With my lateral vision, I saw that the board was going lower to the side and the dome was open. Everything happened in a split second. My shoes flew off me, my helmet flew to smithereens. I tried to raise my left hand - it did not work, although there was no pain. My head began to spin, my thoughts were only about how to land without losing consciousness,” this is how Sergei described the incident.

The weak wind that day played in his favor.

Already on the ground, the man felt a sharp pain in his arm. As it turned out later, he suffered multiple splintered fractures. Doctors of the Regional Hospital literally assembled the parajumper‘s arm bit by bit.

“At first I was tormented by terrible pain. Now everything is fine thanks to the doctors: they managed to save my arm. But all these years I did not stop going to the airfield. I watched, talked with the guys, but did not jump. I waited for my time,” said Sergei Malyugin./p> 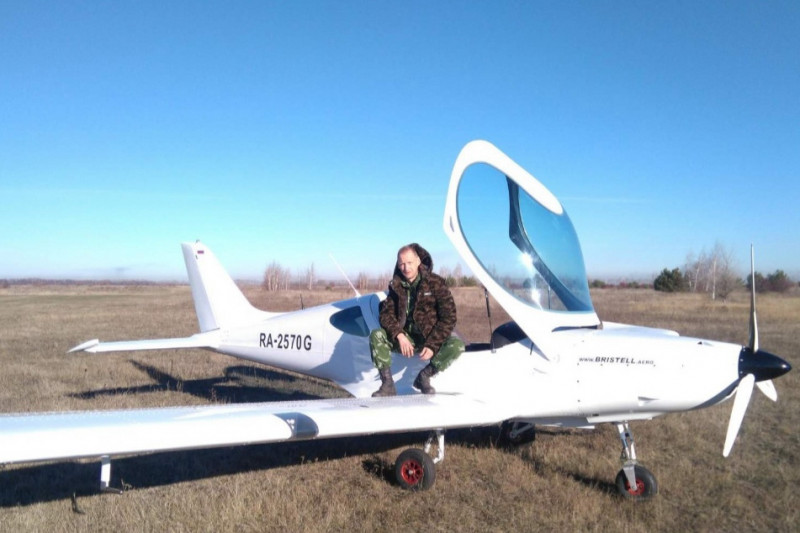 Sergei’s answer to the question of whether he had thought of abandoning this sport for good was definite: “Never!”

“I will say more: I will definitely jump from the wing of that same plane. And I believe that I will succeed.”

Sergei noted that having jumped once, the majority of people return to the airfield, but there are exceptions:

“Some go to the airfield to assert themselves. But it happens that a person is weak and goes there to prove to himself and to everyone that he is worth something. Such people do jump, but no one ever sees them at the airfield again.”

Altitude control and champagne on the plane

According to the paratrooper, the most important thing is to listen to the instructor and strictly follow his instructions:

“Then, most likely, nothing will happen to you. But do not forget about another point that is just as important – the altitude control. There is an altimeter on the left hand of each paratrooper. With it, you control the fall. Be sure to keep track of it.” 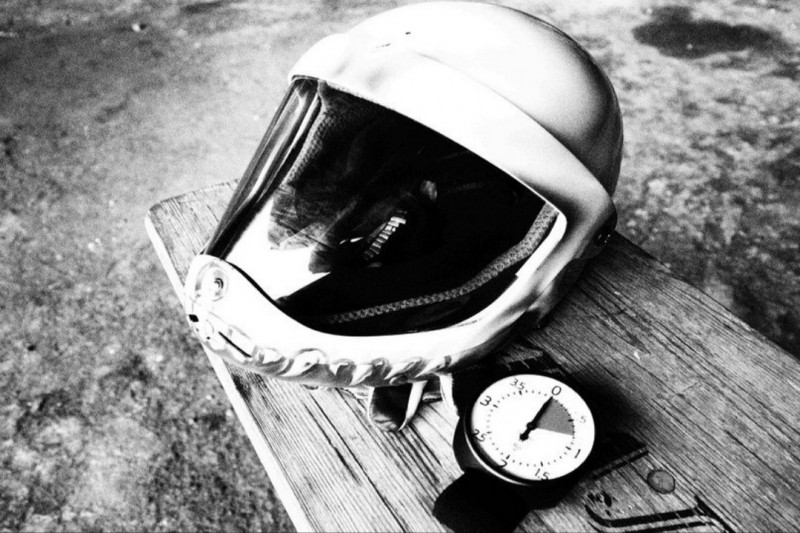 The maximum height Sergei has jumped from is 4200 m (this is the maximum permissible height from which one can jump without oxygen equipment). The minimum is 200 m, and this, according to the parajumper, is “completely different sensations”:

“You can see people’s faces from such a height. And you don’t have the right to make a mistake. It’s very scary. This, by the way, was my only and most memorable jump.”

Some are afraid that the parachute will not open. The RIA Voronezh journalist asked Sergei if this fear was justified.

“The probability is very small,” he answered. “And even if this suddenly happens, there is always a reserve parachute behind you that you can use manually. And if you don’t do it either, the automatic equipment will work... In short, everything will be fine in any case. And if a person suddenly gets scared and decides not to jump, no one will force him out. This is not the army.”

Parachutists have their own beliefs and traditions. For example, you can’t say "last jump". 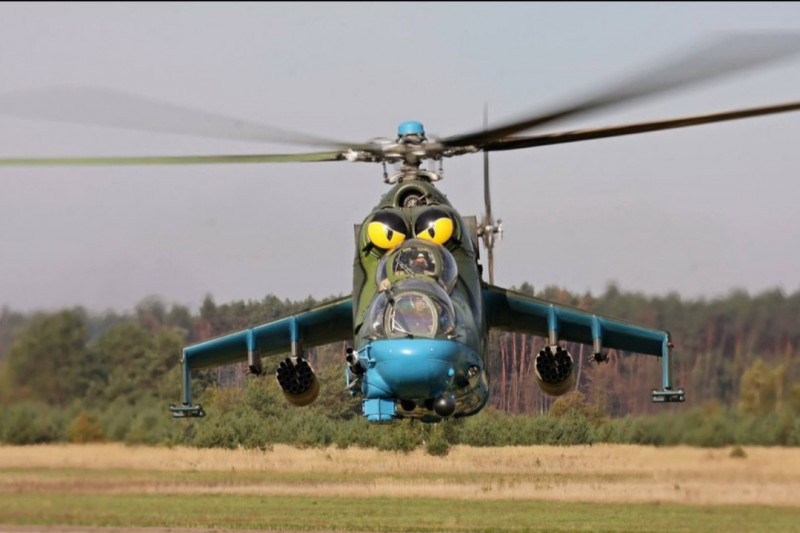 “If you are a beginner, they will forgive this misstep,” Sergey smiled. “But if an experienced parachutist says it, he can get a slap on the head. There is no word “last” at an airfield, there is only a “definitive” jump.

Each anniversary jump is celebrated by parachutists in a special way.

“Every hundredth, two hundredth and subsequent jumps are considered anniversary ones,” Malyugin explained. “The parachutist takes a bottle of champagne with him on the plane, uncorks it, throws the cork into the air, then takes a sip, treats all crew members, and then jumps. And after landing, he sets the table for his comrades. This is a long tradition that everyone adheres to without exception.”

Apparently, Sergei still has more than one anniversary jump ahead.

“I really want to visit the airfield more often. In fact, I will keep jumping as long as my health and age allow me to. All in all, as long as I can crawl down to the airfield,” he assures.