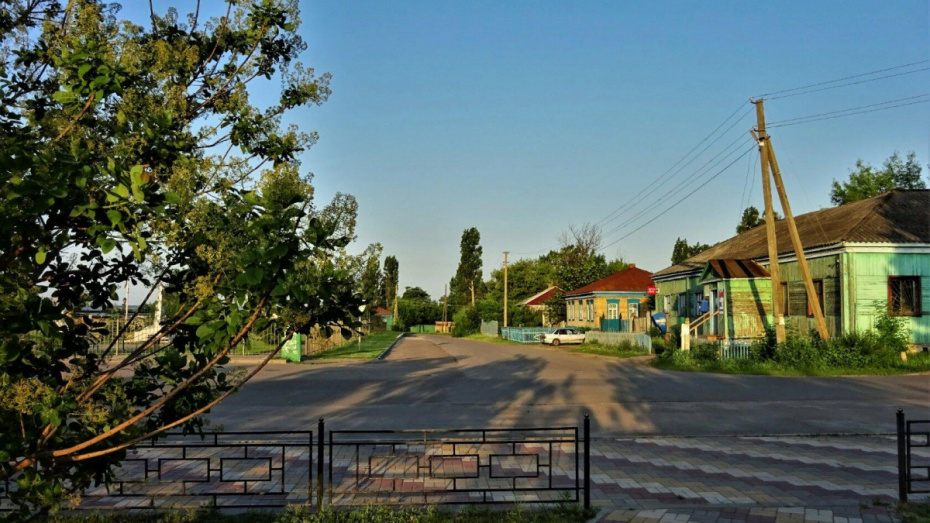 It is located in the village of Yelan-Koleno in Novokhopyorsky District.

In the village of Yelan-Koleno of Novokhopyorsky District there is a street named Krasnaya Ploshchad (Red Square). For Russia Day, local residents told the RIA Voronezh what was happening on the street named after one of the main symbols of the country. 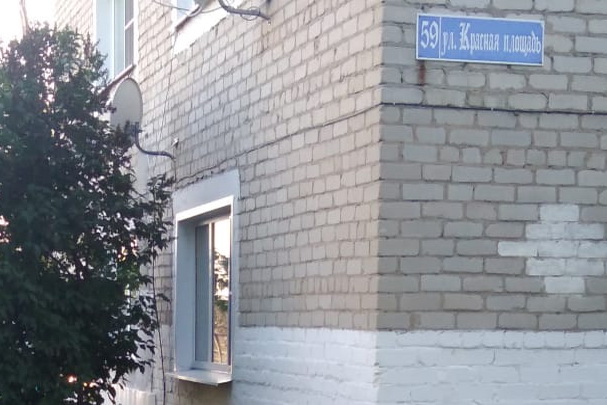 In ancient times, Red Square in Moscow served as a marketplace - temporary and permanent trading rows were erected on it for many centuries in a row. According to the local historians of Novokhopyorsk, in pre-revolutionary times, there was a bazaar in place of their Red Square as well. People from all around came here with goods.

The residents of Red Square note: their street is "twisted" - it consists of several lanes in the form of the Russian letter "P" which looks like «П». This letter also has a continuation - a new part of the street built in the 70s. 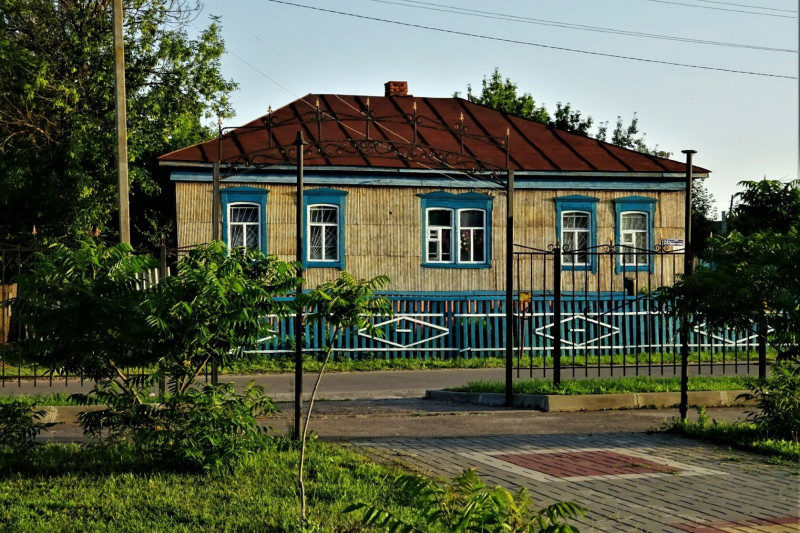 Legacy of the Raevsky family

Pensioner Alexei Ivashchenko, a former police investigator, lives on Red Square in a house that was built by the topsman of the Raevsky family - Safonov - before the revolution. The Ivashchenko family bought a house in the early 60s from the topsman’s daughter, Agnia. Under the building there is a basement - basically a whole another floor.

“There was one Russian stove upstairs and another one downstairs. When we bought the house, Agnia Dmitrievna brought out a whole bunch of old photographs and wanted to burn them but we persuaded her not to do this and to leave them in the house. At that moment, she told us a lot about the story of her family: that they were dispossessed, that their house was taken away, how they later wrote a letter to Kalinin and returned under their home’s roof. We learned that one of the Safonov sisters was married to the head of the government of Kabardino-Balkaria in the 30s. By the way, another sister, Yevgenia Dmitrievna, a participant in the war, was a famous doctor in Yelan-Koleno. We still keep the photos of the family of the first owner of the house,” said Alexei Ivashchenko.

When he decided to buy an old house, he called a carpenter with an ax. The carpenter examined it and made a conclusion: the stained wood from the walls are made of will last forever. And so it happened. 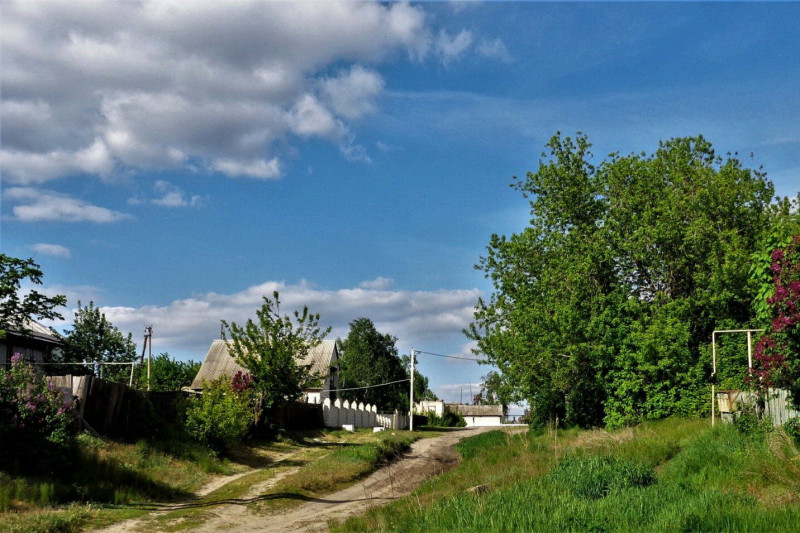 Until recently, the village administration was located in another merchant's house on Red Square, and now it is the local housing and utility office. This is the only administrative building on the street – all the others apart from it are private houses. There used to be a veterinary clinic, a kindergarten, a library, and when Yelan-Koleno was a district center, the editorial board of a district newspaper.

Lyubov Machneva lives in one of the apartments of a two-story building. She admitted that when she had to give her address, people were always surprised: "Wow, you live on Red Square itself."

“It’s just a street like all others— by the way, it would be nice to renew the asphalt,” smiled Lyubov Machneva. 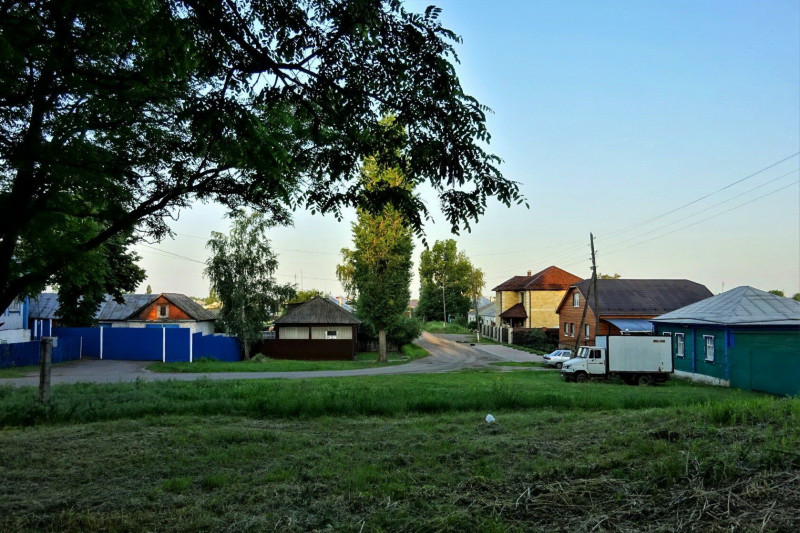 Nina Nikitina’s father-in-law and a mother-in-law lived their whole lives on Red Square. According to her, the street got its big name even before the war.

Maria Maximova, in turn, lives in the new part of Red Square.

“As they used to joke before, it was a “swamp square”: there used to be meltwater here and it was always damp. And then they started building houses. Groundwater here is close to the ground, so almost everyone have their own wells. The water on is very tasty,” Maria Maximova noted. 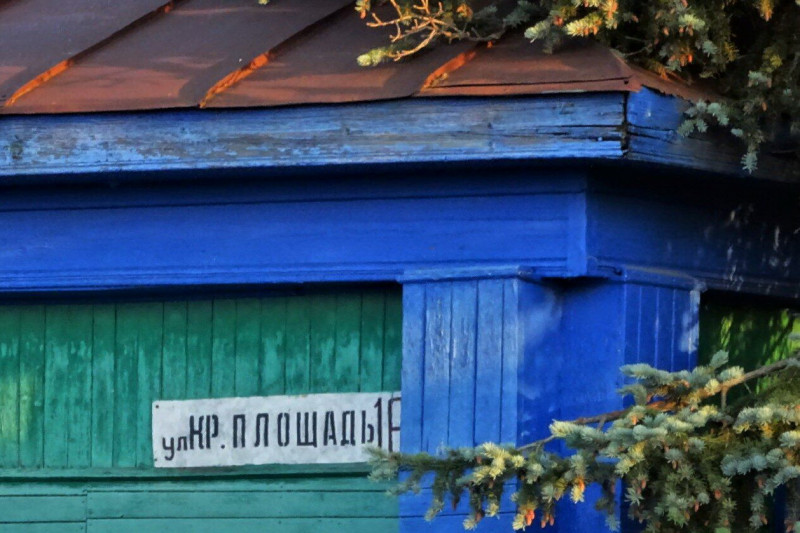 On Red Square, there also used to be Lenin Film Theatre built instead of the wooden Kaganovich Film Theatre.

“The building in the Stalinist Empire style was erected somewhere in the late 50s,” said Svetlana Konchakova, director of the Yelan-Koleno Culture and Recreation Center. “The decoration of the film theatre was rich for its time, everything around it was beautiful and clean. Near it was the only paved area in the village. It was the place for dances and holiday celebrations. The film theatre has not been preserved, now there is a park and a children’s playground in its place.”

Red Square is decorated with flowers grown by the locals in fretted front gardens.

Yelan-Koleno is one of the most populated settlements in Novokhopyorsky District. About 5 thousand people live here. The village, located on the banks of the Yelan River 32 km away from Novokhopyorsk, was founded in late XVII - early XVIII century by immigrants from Yelets and Yefremov and named after the bend (a "knee" which is called “koleno” in Russian) of the Yelan River. It was inhabited by state peasants.

The village was famous for its good climate – it had many long-livers: for example, two 130-year-old local residents died in 1832. During the Civil War, the village was visited by Mikhail Tukhachevsky, the commander of the Southern Front. During the Great Patriotic War, there was an operating military hospital in the school of the village of Yelan-Koleno. Two natives of the village - Vasily Khromykh and Igor Kreizer - received the title of Hero of the Soviet Union during the war years.