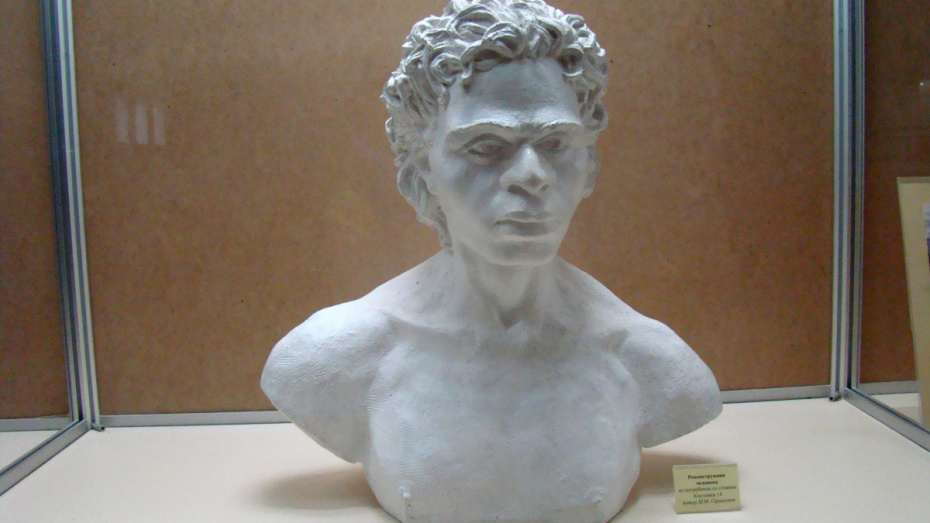 The person the remains belong to died before turning 30 at the hands of his fellow tribesmen.

Russian anthropologists Alexandra Buzhilova and Maria Mednikova revealed the secret of the life and death of a man who lived 32-33 thousand years ago on the site of today’s village of Kostyonki, Khokholsky District, the Voronezh Region. The results of the recent research were reported to the RIA Voronezh correspondent by Acting Director of the Kostyonki Museum-Reserve Irina Kotlyarova on Wednesday, October 2.

– The remains of “the man from Markina Mountain” were found at the Kostyonki-14 site in 1954. Since then, the attention of archaeologists, historians, and anthropologists has been riveted to them. With the advent of new methods of analysis, more data becomes available. A new article, authored by Alexandra Buzhilova and Maria Mednikova, was published this year in one of the Russian scientific journals. It summarizes the data from different years and provides the latest conclusions and assumptions, – said Irina Kotlyarova.

The article says that "the man with Markina Mountain" was relatively small for a man of that time - 160 cm instead of the average 175-180 cm. The age was estimated at 25-30. The analysis of the load distribution on the bones of the skeleton showed that the person was a hunter, or rather, a professional thrower of spears or darts. Judging by the condition of the teeth without caries, which are perfectly preserved, the ancient man ate mainly hard food.

The condition of the skeleton indicates health problems. Inside the tubular bones, there was almost no bone marrow space. This indicates a lack of calcium in the blood and a sensitivity disorder. The young man often had backaches, cramps, numbness of the extremities. Nowadays this disease is called the Kenny-Caffey syndrome. 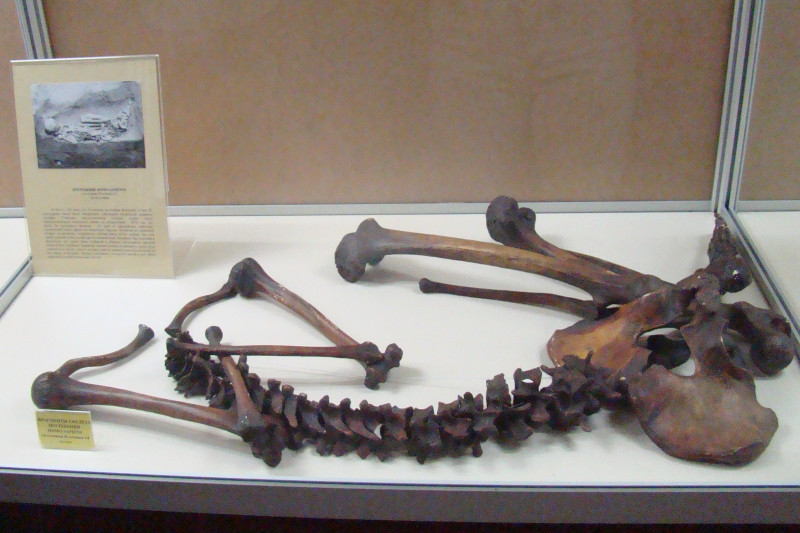 The hunter had few injuries, but one of them - on the spine - was a serious one. Anthropologists have suggested that the man was attacked by a large animal. Today similar injuries are suffered by cyclists when falling at high speed or in a collision with an obstacle.

Traces of the inflammatory process, possibly the result of a wound, were found on the skull. Because of this, the bone tissue began to grow inward, the gray matter of the brain destroyed by inflammation. Therefore, scientists conclude that “the man from Markina Mountain” had communication problems: he had difficulty choosing words, poorly understood his companions and probably kept himself apart. Such serious head injuries could provoke an early death, but this man died for another reason.

The researchers' attention was drawn to two wounds on the pelvic bones. They were suffered by the primitive hunter shortly before death - an X-ray analysis showed the absence of healing signs. Evidently, the stab was struck in the stomach with a piercing weapon. Archaeologists noted the same wounds to a person from the Sungir site in the Vladimir Region and to soldiers from medieval collective graves.

The death of “the man from Markina Mounstain” came from great blood loss caused by damage to internal organs and large blood vessels. Scientists suggested that the man had died at the hands of his fellow tribesmen. Perhaps the head injury caused him severe pain. He could scream, lose consciousness for a long time, behave inappropriately, and he was killed so that he would not suffer. Alternatively, at some point he became a danger to others. According to other versions, this could be a human sacrifice or a tragic accident.

The burial site itself is markedly different from the others. In the Paleolithic Era, the dead were laid either on their back or on the side in the position of a sleeping person. The dead man from Markina Mountain had his legs pressed to his stomach and his hands to his chest, his whole body covered with ocher. 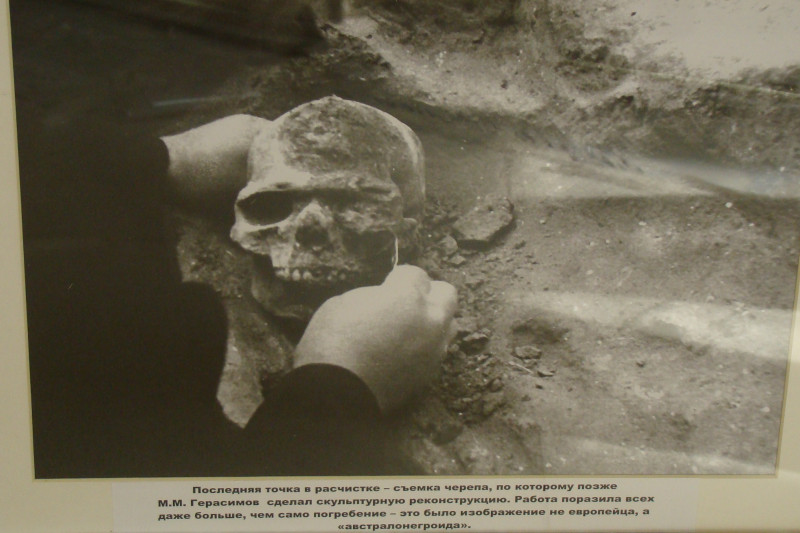 Paleogenetics deciphered the genome of the ancient hunter and made some interesting conclusions. They did not find direct family ties between the inhabitants of the near-Don plains and the inhabitants of the equator. The male genome is closer to the genome of the population of Western Europe and North Africa. Similar combinations of genes are found in the Paleolithic population of Siberia.

Close relative relations were not characteristic of our distant ancestors. The number of hunter-gatherers in each group was quite large - from 200 to 500 people. DNA analysis of several skeletons found in Kostyonki demonstrated a complex process of interaction between various human populations that lived on a rather vast territory.

The burial ground with the remains of a young man was discovered in 1954 by archaeologist from Leningrad Alexander Rogachev. He conducted excavations at the Kostenki-14 dwelling site, or Markina Mountain. In the history of the study of the Paleolithic era, this was a unique case when archaeologists found the most complete human skeleton of the modern type.

The skeleton lay in an oval pit, there were no objects in the burial. However, But stone tools of the beginning of the Upper Paleolithic were found in the same cultural layer. The exhumation of the grave, the clearing and preservation of the skeleton was carried out by Soviet anthropologist Mikhail Gerasimov. 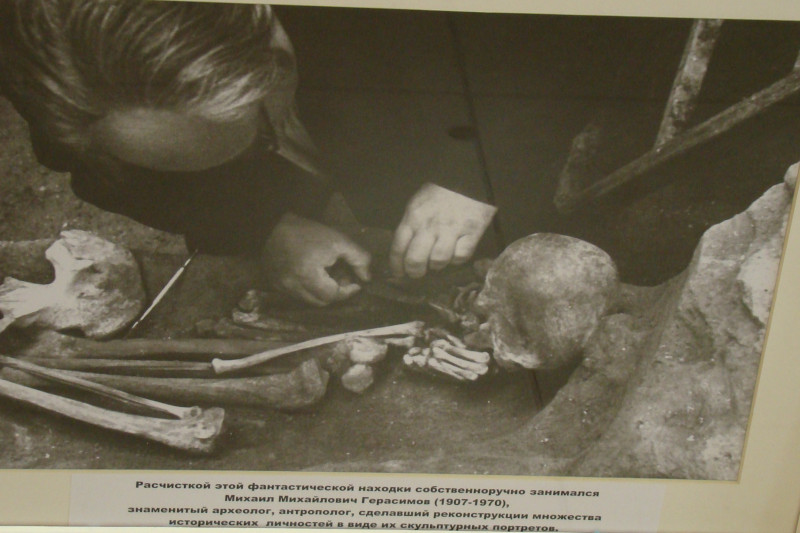 Since then, scientists have constantly studied the find: they subjected it to radiocarbon analysis, examined it using x-rays and computerized tomography. A plaster cast of the brain was made, a copy of the skull, plastic reconstruction of the face.

A bust of white stone with a face similar to an Australian aborigine was seen by everyone who attended the Kostyonki Museum-Reserve. The photograph from the excavation, where the skeleton sprinkled with ocher lies in the fetal position, has gone around many publications, websites, and scientific collections.

It was the remains of “the man from Markina Mountain” that suggested that the people who inhabited the Don Region tens of thousands of years ago were relatives of Aboriginal Australia. The similarity was provided by the narrow skull box, the jaw protruding forward, the wide nose. Recent DNA studies have shown that it has nothing to do with the Australians, however it is the oldest representative of European civilization.

Alexandra Buzhilova is Doctor of Historical Sciences, a Corresponding Member of the Russian Academy of Sciences, the Director of the Research Institute and the Museum of Anthropology of the Moscow State University.

Maria Mednikova is a leading researcher at the Institute of Archeology of the Russian Academy of Sciences, candidate of biological sciences, doctor of historical sciences.