30.05 10:51 , Region , text – Andrei Korolyov , photo – press service of the regional branch of the Central Bank of the Russian Federation 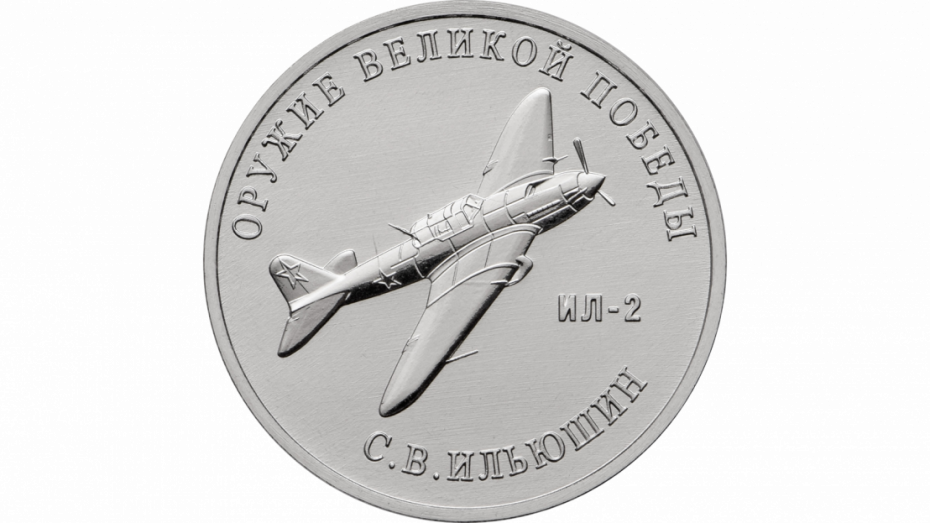 It also states the name of designer Sergei Ilyushin.

The Bank of Russia has issued a new batch of coins of the “Arms of the Great Victory” series in circulation. Among them, there is a coin with an image of an Il-2 attack aircraft manufactured in Voronezh, the press service of the regional branch of the Central Bank of the Russian Federation reported on Thursday, May 28.

The Il-2 attack aircraft was first manufactured in February 1941. It was designed by Sergei Ilyushin. A copy of the attack aircraft now adorns the entrance post of the Voronezh Aircraft Plant.

“Coins of the “Arms of the Great Victory” series dedicated to aircraft such designers as S. V. Ilyushin, S. A. Lavochkin, A. N. Tupolev, A. S. Yakovlev, and the creator of the anti-tank gun M. N. Loginov, are put into circulation through credit organizations,” said Sergei Chernyshev, Deputy Manager of the Voronezh branch of the Bank of Russia. “These coins are legal means of cash payments on the territory of the Russian Federation and are required to be accepted at face value in all types of payments without any restrictions.”

The coins of the series can be found at the virtual exhibition on the Central Bank website. You can learn more about them in the ”Commemorative and Investment Coins” section.