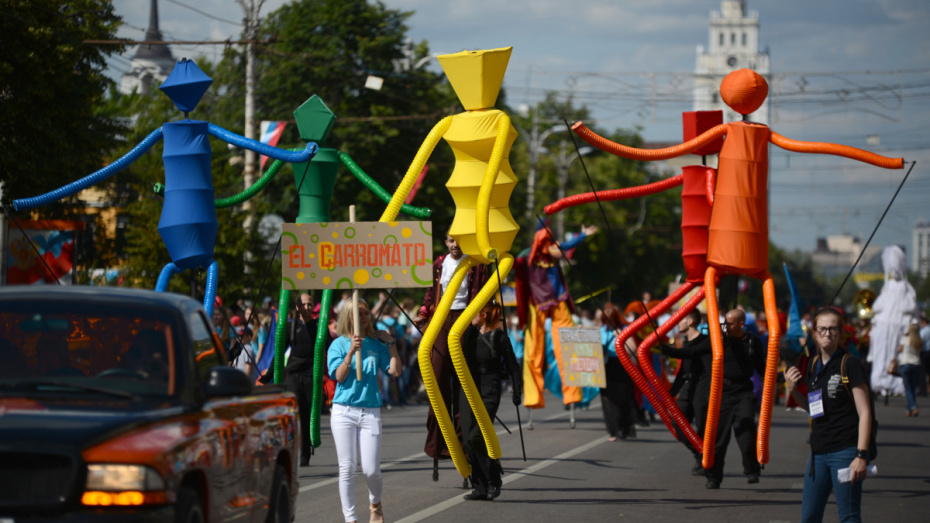 The spectators are promised a show of lights and light.

Residents and guests of Voronezh have been promised a night parade of street theaters, which will be held as part of the Tenth Platonov Festival. By tradition, it will be held on Russia Day - June 12. This was announced at a press conference by the art director of Platonovfest Mikhail Bychkov on Thursday, February 6.

“We will hold a parade of lights and glow for the second time - it is very beautiful. Although, due to the fact that nights in Voronezh are short in June, it will be late in the evening. Nevertheless, we have no doubt that a lot of citizens and guests from the region and other regions will come to Voronezh to see this parade with their own eyes,” said Mikhail Bychkov.

The show of lights and glow will involve six groups from different countries: the French Remue manage, Spark from Great Britain, Pavana from the Netherlands, Stelzen art from Germany, Diamond from Kazakhstan, as well as a Russian one - “Fire People”.

The parade of street theaters has been at Platonovfest held annually since 2014. But in 2019, it was replaced by the Cosmos air show of the Spanish high-rise theater Grupo Puja! due to the scheduled reconstruction of Revolution Avenue, which was later canceled.

The anniversary International Platonov Festival will be held in Voronezh from June 5 to 21, 2020. It will be attended by artists from 19 countries.