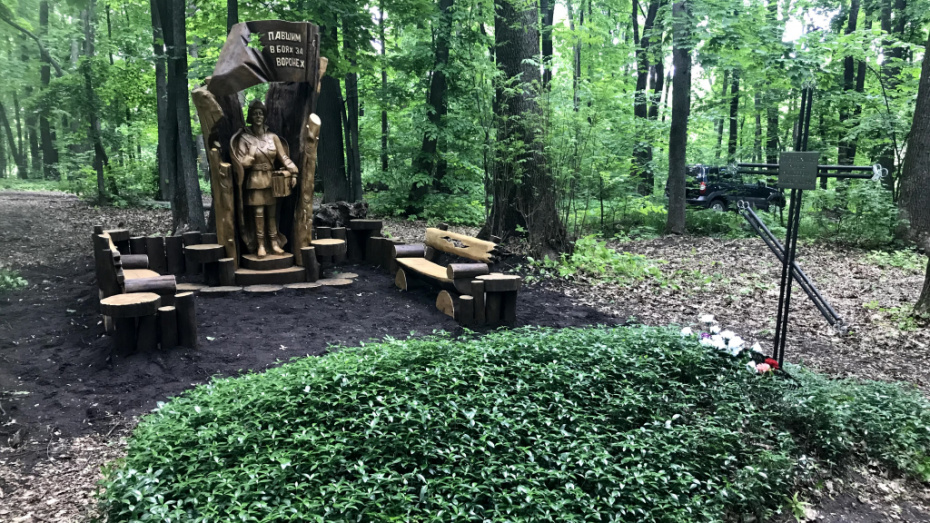 Activists have impoved the grave of a female military doctor.

The first monument has been erected on the Great Voronezh Ecological Trail for the 75th anniversary of the Victory. This was reported on the website of the tourist route on Monday, May 25.

The sculpture was dedicated to the image of a female military doctor. The author of the monument was Victor Dorovskoi, a master of woodcarving. Nearby stands a cross under which lies the remains of Maria Plutakhina. According to some historians, she could have been a physician and died in the battles for Voronezh in 1942. Activists are planning to place four more sculptural groups on the route as well as more than 100 other objects.

In December 2019, Governor of the Voronezh Region Alexander Gusev ordered to allocate 9 million rubles for the implementation of this project.

The Great Voronezh Ecological Trail is a circular route with a total length of about 60 km, with a radial route to the “Olimpic” Sports and Recreation Complex and an area of more than 100 hectares covering the territories of the Central, Kominternovsky, and Zheleznodorozhny districts of Voronezh as well as Novousmansky and Ramonsky districts of the Voronezh Region. The trail will consist of three main sections: Nagornaya Trail, Chertovitskaya Trail, and Usmanskaya Trail.