President calls Voronezh Region one of leaders in agriculture 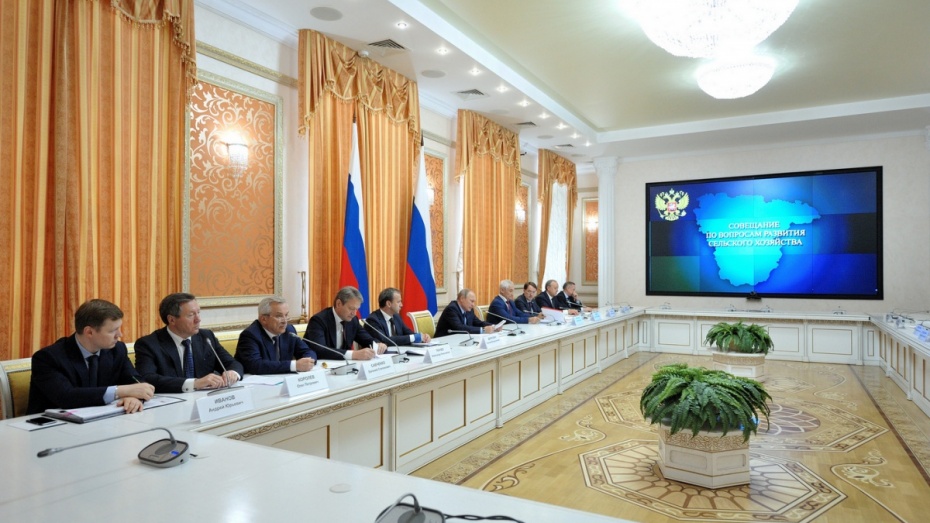 Vladimir Putin pointed out the development of cattle breeding and dairy production in the region.

President of Russia Vladimir Putin called the Voronezh Region one of the undoubted leaders in the agriculture growth rate during the session of the Regional Government on Friday, October 13. The growth rate amounted to 9% in nine months of 2017.

Vladimir Putin pointed out that in addition to crop growing the Voronezh Region was intensively developing cattle breeding and dairy production.

– As for dairy production, you are in fact number one. Well done. My congratulations, - the President said.

He noted that the harvested cereal crop in 2017 may become the record-breaking one in the whole Russian history and is expected to amount to approximately 130 million tons. Vladimir Putin reminded everyone in 2016 the cereal crops amounted to 120.7 million tons, and in 1978 the RSFSR had collected 127.4 million tons of grain.

– Agriculture in general is demonstrating steady and qualitative positive dynamics. Today, it really is a modern and attractive industry sector in terms of investments, one of the driving forces of country’s economy development. In this respect, I remember the discussions in the early 2000s, when everyone said that agriculture was a “black hole”. No matter how much money you invest, they disappear without a trace without actual result. Now the situation has changed dramatically. The average growth rate in 2014-2016 amounted to 103%, - the President noted.

Vladimir Putin added that according to the data from the Federal Tax Service the export of agricultural production has increased by 18.8% within seven months of the current year.

Vladimir Putin’s briefing was moved to Voronezh from Lipetsk due to bad weather conditions. According to the federal media, apart from Vladimir Putin, the briefing involves Minister of Agriculture Alexander Tkachev and Plenipotentiary to the President in the Central Federal District Alexander Beglov. Voronezh was also visited by Lipetsk Region Governor Oleg Korolev.

In the morning, Voronezh residents reported about President’s arrival in social networks. The information about a motorcade of 15 vehicles escorted by the secret service heading for the Glory Monument along Moskovsky Avenue appeared in “Vkontakte”. The eyewitnesses also noted a great number of policemen on the M-4 “Don” highway towards Moscow.