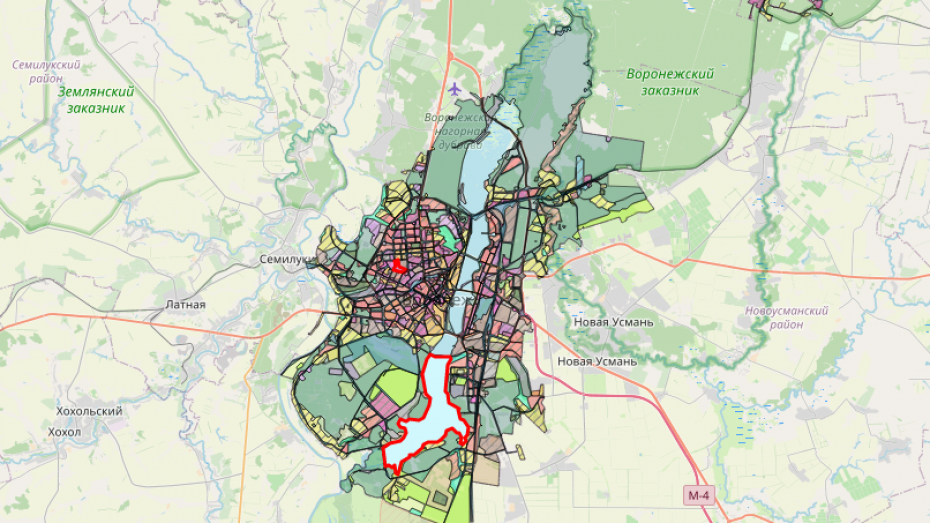 Citizens can add their comments and suggestions.

The Moscow General Planning Research and Project Institute has created an interactive map that will allow the public to understand the design project of the general plan of Voronezh. It reflects exactly how the functional and planning structure of the city will change and what innovations await the transport and social infrastructure, the institute representatives reported on Tuesday, September 1.

The draft general plan was developed for 2021-2041. It implies the implementation of the Compact City concept. It primarily means developing the central part of the city but also taking account of the development of certain peripheral territories. Much attention is paid to the development of public transport and the transport hub system. The developers claim that after the implementation of the general plan, up to 70% of all trips will be carried out by public transport.

‘An important task is improving the reliability and sustainability of urban transport. The planned circular and semi-circular lines of the road network will increase the connectivity between districts and reservoir shores, lessen the traffic load of the existing roads and allow residents to move around the city much faster. The duration of a single trip should not exceed 40 minutes,’ said Alexander Kotenkov, head of the architectural and planning association of territorial development of the Moscow General Planning Research and Project Institute.

Public discussions on the Voronezh general plan project started on August 21. The full version of the document is posted on the mayor's office website. From August 28 to September 29, everyone can make comments and suggestions on the Active Electronic Citizen website as well as via the electronic reception desk of the city administration. You can also send an appeal to the Land Use and Development Commission. All applications will be reviewed by October 9. Based on the results, the mayor's office will prepare a conclusion on the results of public discussions.