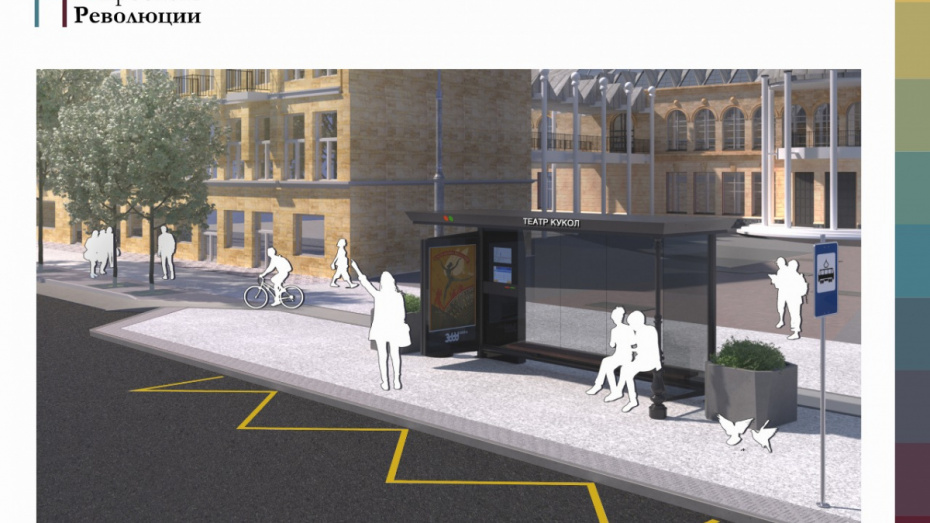 Trees will be replanted instead of being cut down.

According to the design project for the improvement of Revolution Avenue in Voronezh, there will be bike lanes placed on both sides of the road. Social activists discussed the future of the avenue at a meeting with the mayor of the city Vadim Kstenin, the press service of the city administration reported on Saturday, September 5.

The bike lane was planned to be placed on the roadway, the bike path - on the sidewalk from the side of Victory Square. There are also plans to create bus bulbs at public transport stops:

‘Bus bulbs do not take away the width of the carriageway since it is already occupied by parked cars – instead they increase safety. Today a very good proposal was made by Konstantin Kuznetsov - to consider the possibility of raising the pedestrian crossings. Another option is to make them from paving stones, on the same level with the road, but from different types of pavement. This will stimulate drivers to slow down,’ said Andrei Fursov, a member of the public workgroup for the improvement of Revolution Avenue.

The idea of raised pedestrian crossings was also supported by the State Traffic Inspectorate: as long as they do not create problems when cleaning roads in winter. The participants also unanimously refused the idea of pedestrian barriers on the avenue.

Social activists suggested planting conifer trees on the central street of the city:

‘This is an interesting idea from the point of view of the appearance of the avenue; however, if we will clearly understand that conifers will not survive here, we will not spend money on planting trees that will immediately die,’ the mayor replied to the proposal. 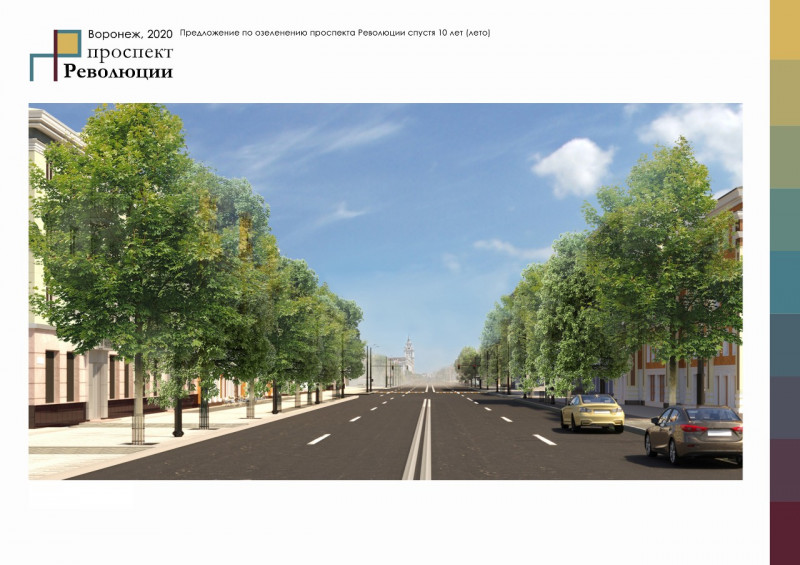 Trees that fall under the lines of transfer of utility lines are planned to be replanted. To do so, the possibility of purchasing special equipment will be considered. The places for replanting are to be discussed.

The mayor also asked the design company to evaluate the possibility of equipping an open-air cinema in Petrovsky Public Garden, despite the fact that this territory is not included in the design area:

‘If people want such a cinema to be made so badly, we must work it out,’ Vadim Kstenin noted. 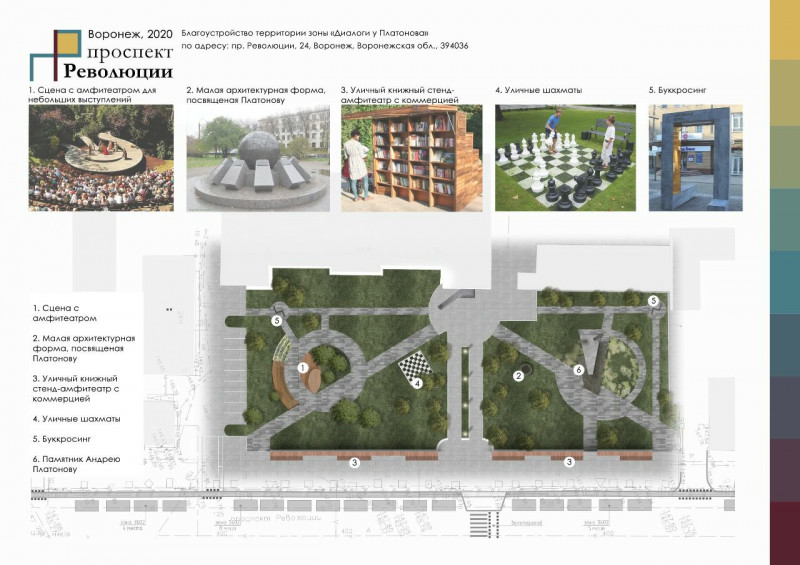 Earlier, the receipt of applications for the competition of ideas for the best decoration of the city sewer hatches had begun. Expressive and cost-effective city hatches are planned to be placed in the renewed Orlyonok Park and on the refurbished Revolution Avenue.