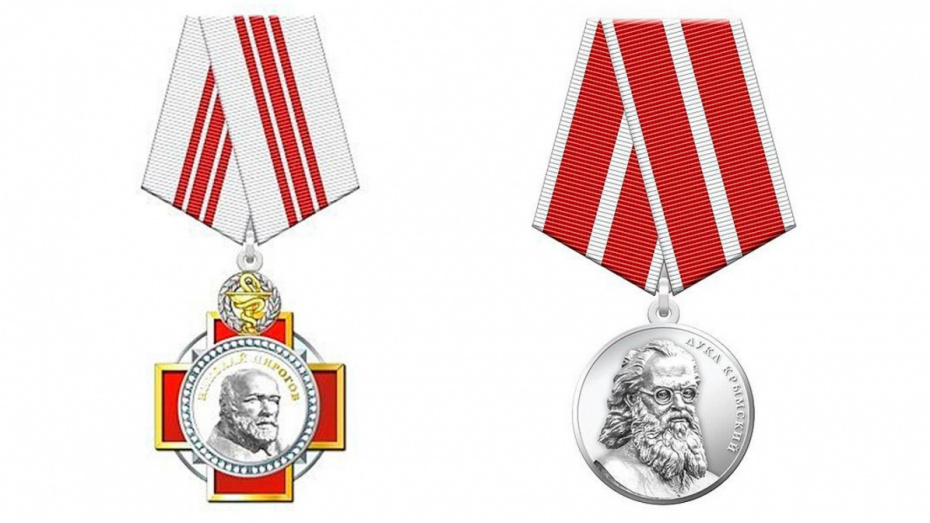 They will be awarded the Order of Pirogov and the Luka Krymsky medal.

Russian President Vladimir Putin signed a decree rewarding Russian healthcare workers for the fight against the coronavirus infection. The list included 35 doctors from the Voronezh Region, the press service of the presidential administration reported on Sunday, June 21.

The Order of Pirogov “For the Great Contribution to the Fight against the Coronavirus Infection (COVID-19), Dedication and High Level of Professionalism Shown in the Performance of Medical Duty” will be awarded to:

The Luka Krymsky medal will be awarded to:

The full lists of the awardees can be found on kremlin.ru.

Nikolai Ivanovich Pirogov (1810–1881) is an outstanding Russian surgeon. He is the author of the first atlas of topographic anatomy. During the Crimean War, he developed the basics of military field surgery and applied a plaster cast for the first time in the history of Russian medicine. He is the founder of the Russian school of anesthesia.

Luka Krymsky (Voino-Yasenetsky, 1877–1961) is the Archbishop of Simferopol and Crimea, a Soviet surgeon, the author of works on anesthesiology and purulent surgery, doctor of medical sciences. He combined scientific work and religious activity. He is the author of over 1.2 thousand sermons. In 2000, he was glorified by the Russian Orthodox Church as a saint.