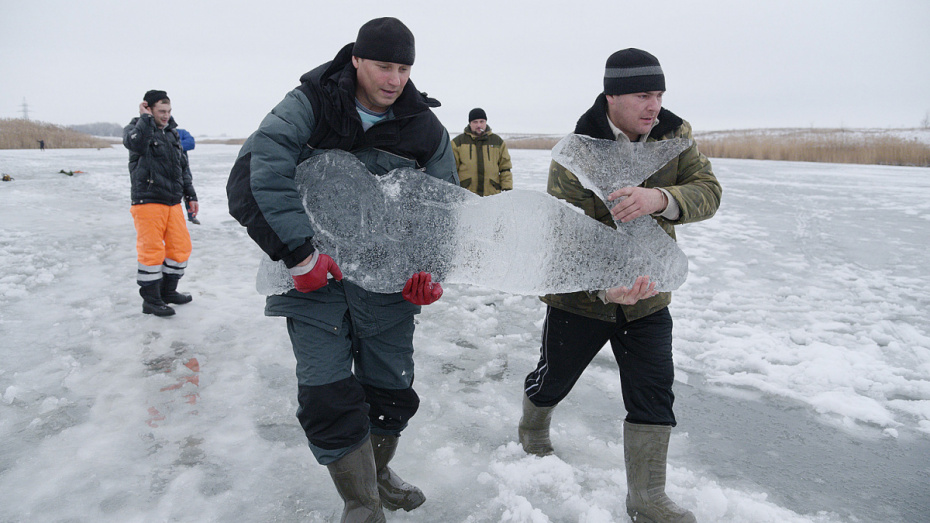 Residents of Paninsky District made statues of Jesus and Virgin Mary and an arch with a fence.

Residents of the village Mikhailovsky in Paninsky District of the Voronezh Region carved out an ice town with an area of ​​about 70 square meters near the baptistery on the banks of Pond Novy on the eve of Epiphany Day. The place for future dunking was fenced with ice blocks decorated with statues of angels. The villagers made a three-meter-high arch and installed sculptures of Virgin Mary with a baby, Jesus on a cross and a mermaid near the baptistery itself. All this took about three days. And overnight into Sunday, January 19, about 500 people will dunk into this baptistery - not only the residents of Mikhailovsky but also of the surrounding settlements. 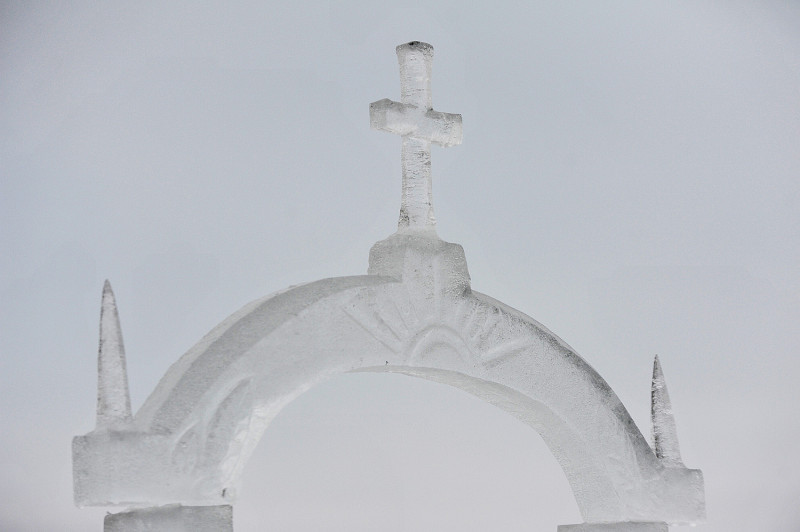 Once on Epiphany night...

In the middle of Saturday afternoon, January 18, most of the residents of Mikhailovsky are heading to the Novy Pond, from which the sounds of chainsaws are heard. People are carrying water with them because a priest traditionally comes to the place of future dunking to bless the reservoir itself and the contents of bottles and cans. 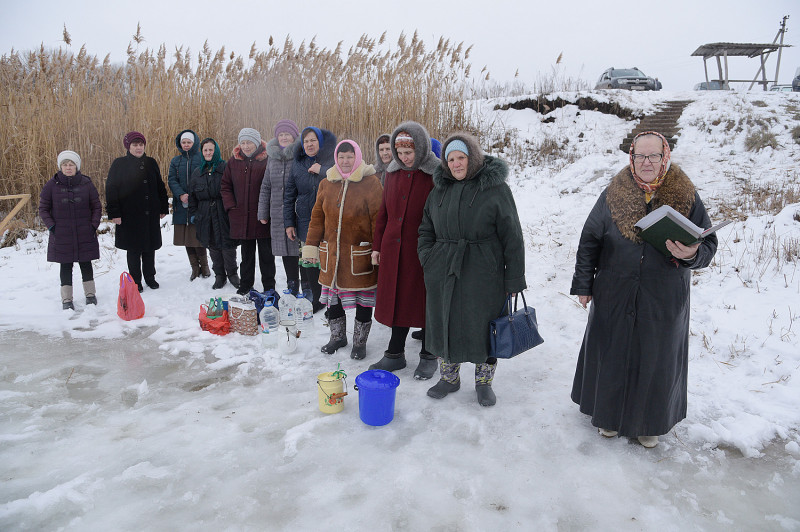 Another group of residents has already been coming to the bank of the pond for several days - the baptistery for Epiphany dunking is being decorated by 49-year-old Andrei Tsukanov and his fellow-thinkers. The guys installed a fence of ice slabs around the 3x1-meter ice-hole, cut out an arch, and placed some of the ice statues. 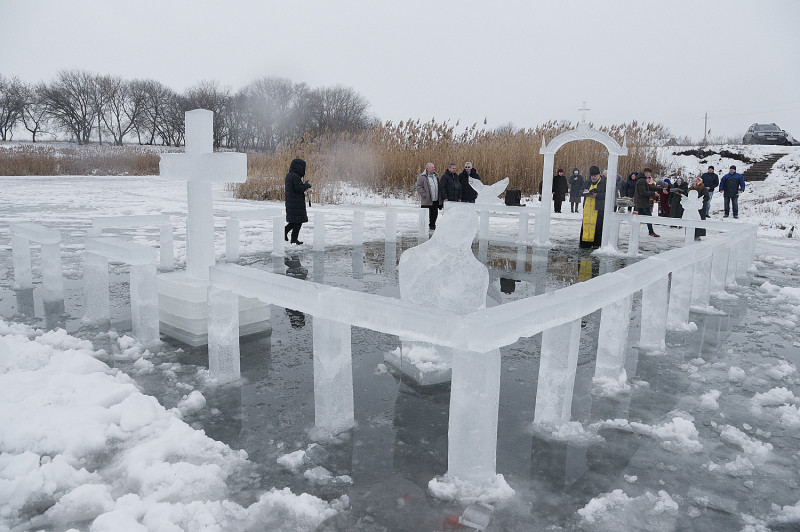 “I have many professions, I have been working as a security guard in Moscow recently and am very glad to have managed to get home on the eve of Epiphany Day,” Andrei admits. “For 17 years in a row, my friends and I have been equipping the Epiphany baptistery by carving an arch, a fence and ice figures. It all started when I went down to our pond in 2002 and saw a guy near the bank breaking the ice with a crowbar. When I asked what it was for, he replied that he was making a baptismal font. But I decided that we could come up with something more interesting than a simple hole made in ice with a crowbar.” 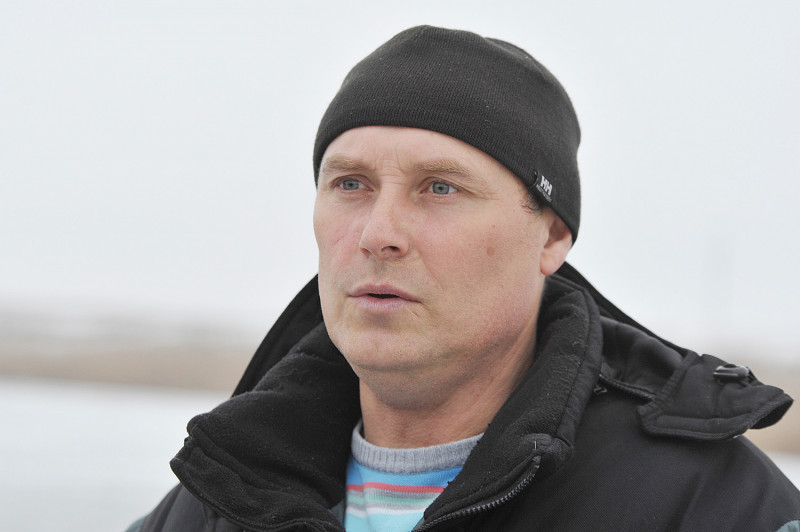 Everyone will get carved out!

The Novy Pond at the very edge of the village stretches for 7 km, even residents of the neighboring Lipetsk Region come here to fish. People from all around come here to dip themselves on Epiphany Day.

“This year’s winter is a bad one. Although the ice on Pond Novy is now 13-14 centimeters thick, the very structure of ice is such that it is very difficult to work with it. First, we cut out pieces of ice with a size of 1.5x1 meters with chainsaws, take them out of the water with special hooks and shape them roughly with chainsaws. Then we set about performing detailed shaping with special tools - like those used by woodcarvers. Ice is more malleable than any piece of wood, but also more fragile, which is why it often cracks or breaks during the work,” Andrei Tsukanov warns. 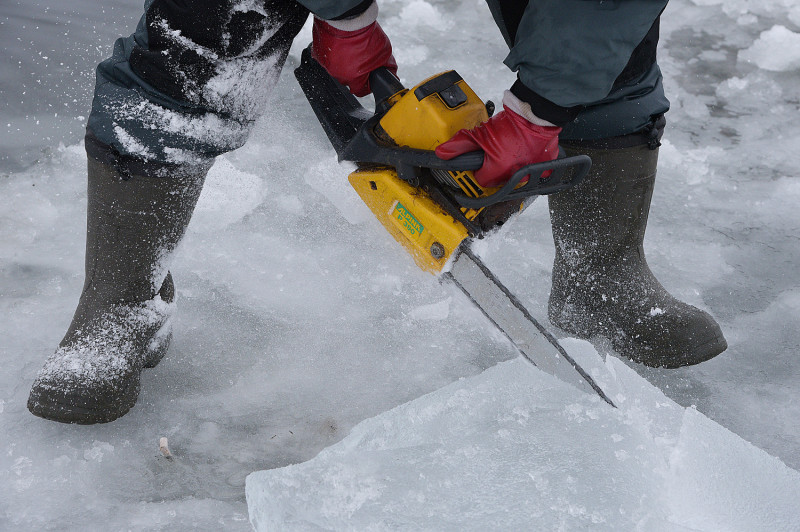 The baptistery was ready around noon on January 18, on the ice 7 meters from the shore, fenced with ice railing, decorated with an ice arch and a cross. The only thing left was to refine the statues of the Mermaid and Jesus, as well as lower them into the water and fix a wooden staircase on the edge of the ice hole (the depth of the Novy Pond there is about 2 meters). 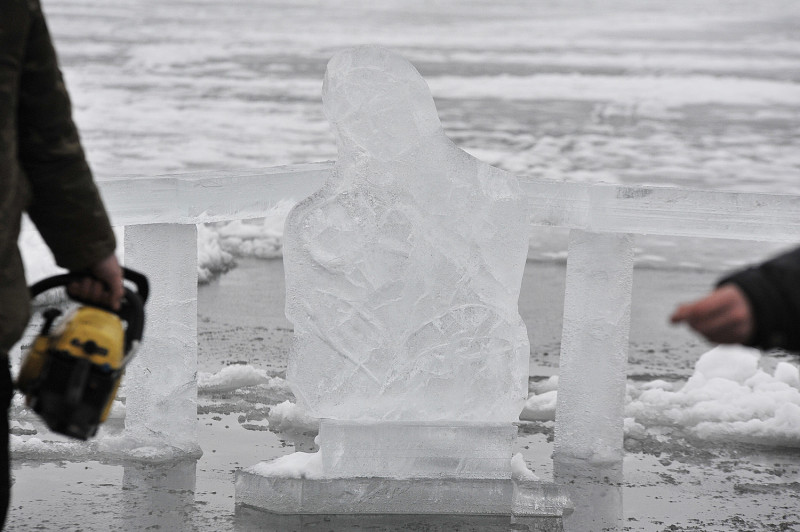 Andrei Tsukanov’s wife - Oksana – is a psychologist. She is the main assistant to her husband in his preparations for Epiphany. For example, during the RIA Voronezh reporters’ stay by the pond, Oksana carved out the scales of the Mermaid already cut out of the ice. 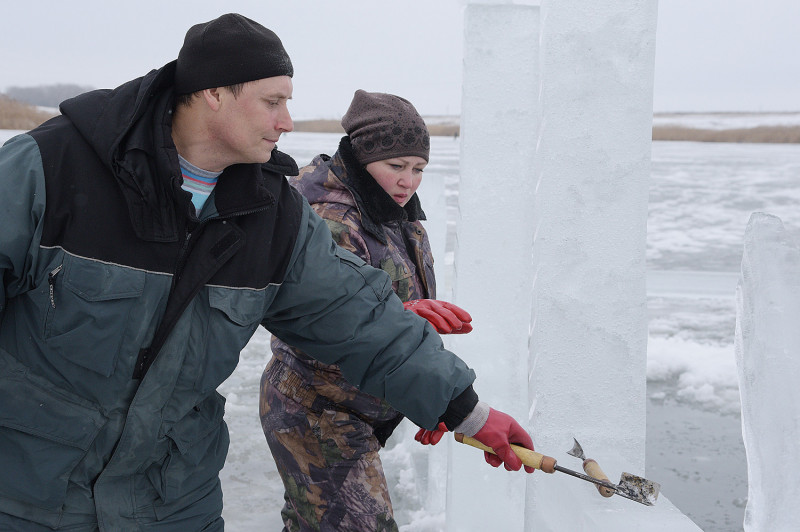 “This is the second time of me helping my husband in arranging the font, I really like doing it. Of course, I’m basically something like an auxiliary worker here, doing small work with ice. I tried to cut statues out myself, but so far it hasn’t worked out very well. Although, for example, I've carved out an angel on my own, but it has already melted a little,” Oksana notes. 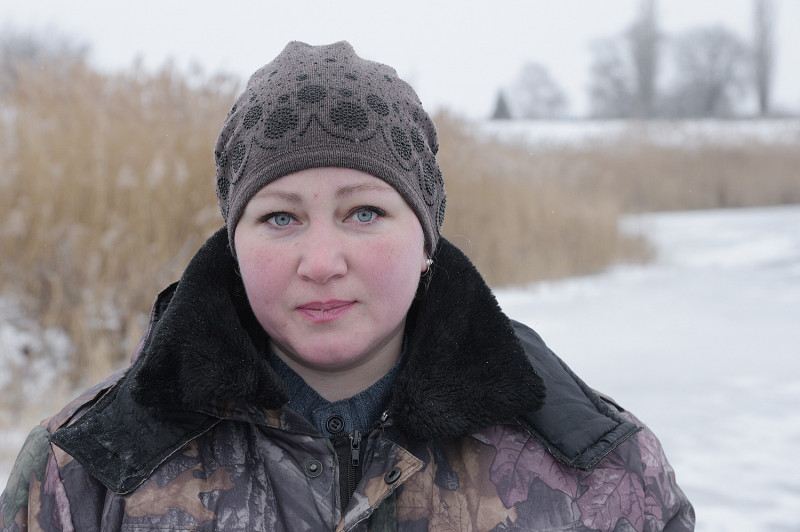 The most difficult physical work is done by Artyom Chernyshov, Alexei Zelenin, Roman Shalyakin, Vladimir Kudin, Alexei Brykov, and Ivan Merkushov. Together with their “foreman” Andrei, they need to cut out a block of ice weighing 100–150 kg, hook it out of the water and shape it into a future figure so that Andrei would then put the finishing touches with his carvers. And then they need to carefully drag the statue on the sled for 50 meters to take it to the place of the future baptistery and install it. 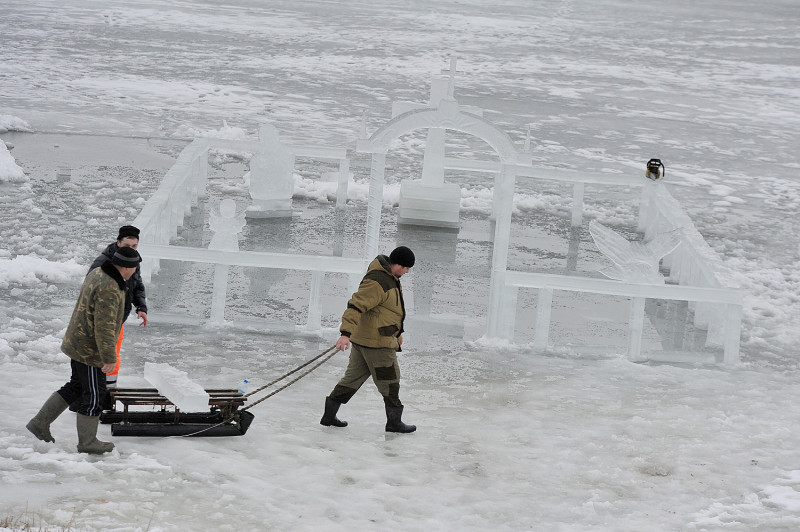 “I’ve been helping Andrei for six or seven years. Today I specifically took leave from work to finish all the ice statues for Epiphany with the guys. We are running out of time. I’m interested in participating in this, it all looks very beautiful, especially if the frost hits and the sun comes out,” Ivan Merkushov assures.

Each winter, the ice on the pond is different, which determines the work complexity. 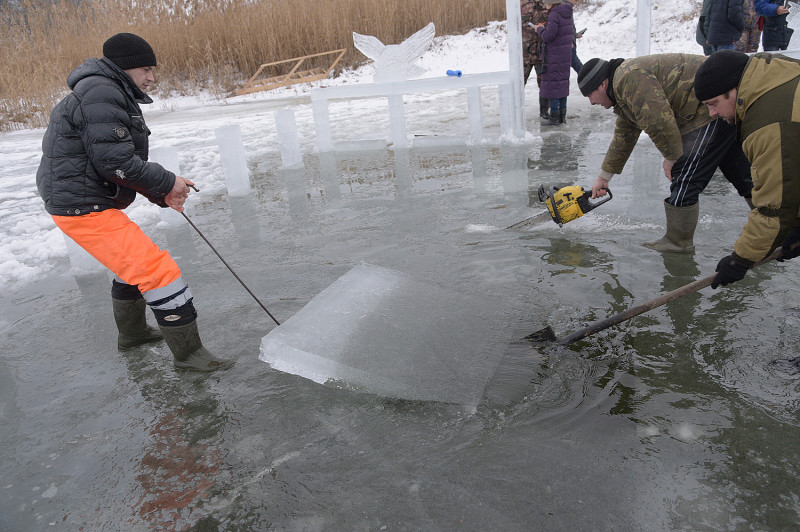 “Just now, the almost finished statue of Jesus lost an arm. If there was a frost, we would attach back it in 15 minutes. But now the temperature is above zero, so this will not work. This means that we will make do in a different way - for example, cut off the second hand, press the sculpture on to the finished cross, so it looks as if the arms grow out of its parts. Because of the vagaries of the weather, we often have to change a lot in our process on the go,” explains Andrei Tsukanov. 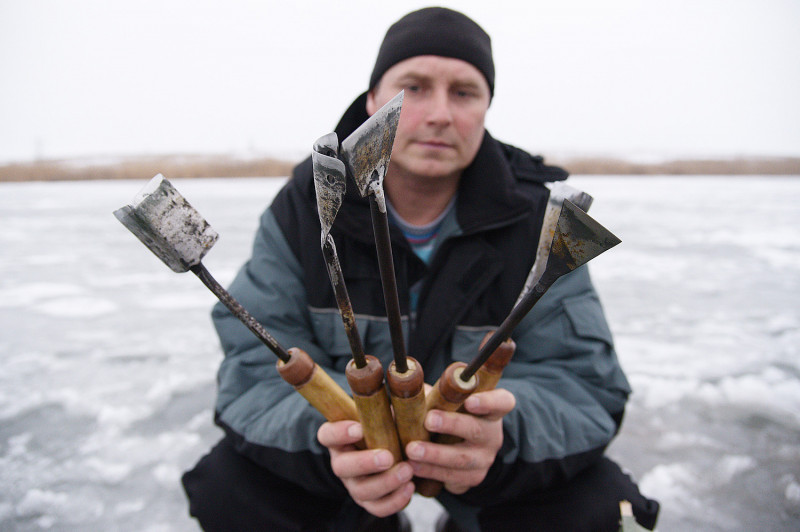 According to the deputy head of the Mikhailovsky rural settlement, Vladimir Yurin, the local skillfully equipped baptistery has become the winter trademark of the entire Paninsky District. 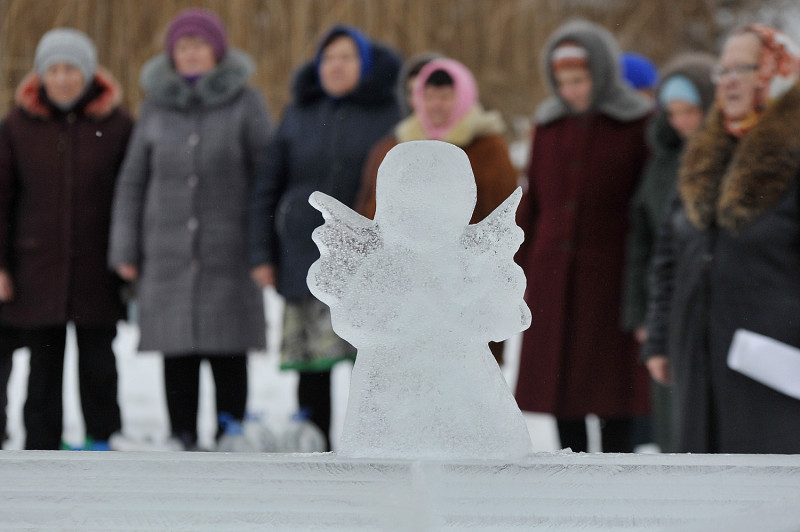 “Many residents of neighboring villages come to this baptismal pond for baptism thanks to the true art that our guys demonstrate. Every year they create a celebration for the whole district!” the official notes. 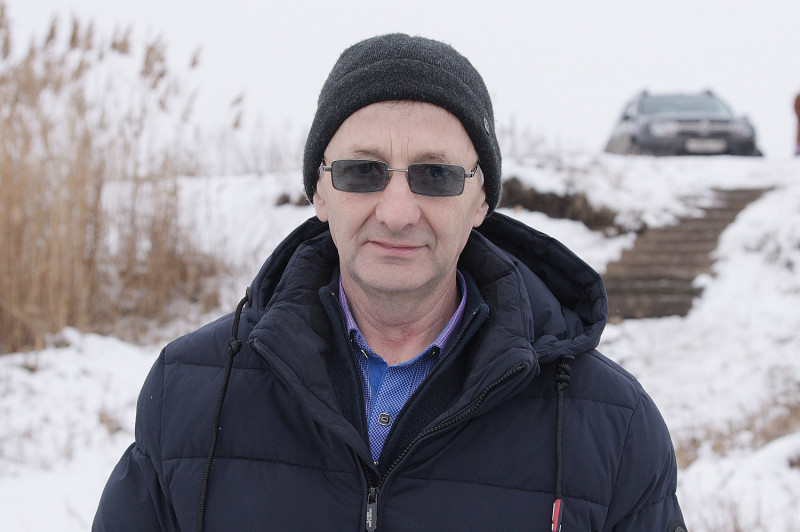 The rector of the Paninsky Church of the Kazan Icon of the Mother of God, Nikolai (Babiy) has consecrated this baptistery for many years in a row:

“Every year I come here and do not cease to be surprised. Everything is done by talented people with great love. One would wonder, what can you come up with by a baptistery? But the residents of Mikhailovsky always create a true fairy tale, every year they make something new, add some sculptures, change the shape of the ice fence railings.” 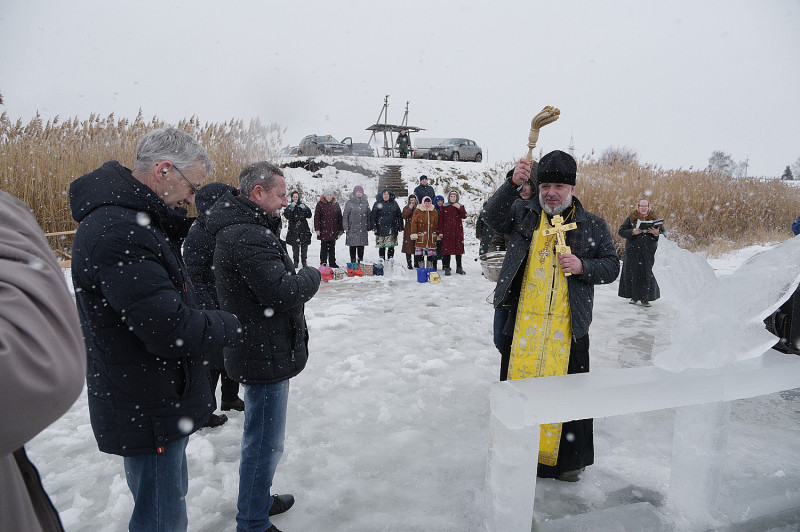 About fifteen winter fishing enthusiasts are sitting a couple of hundred meters away from the baptistery rather admiring the ice sculptures than looking at their floats. They take pictures of the true winter fairy tales with ice figures with their smartphones and delightedly click their tongues – you can hardly see something like this anywhere else! 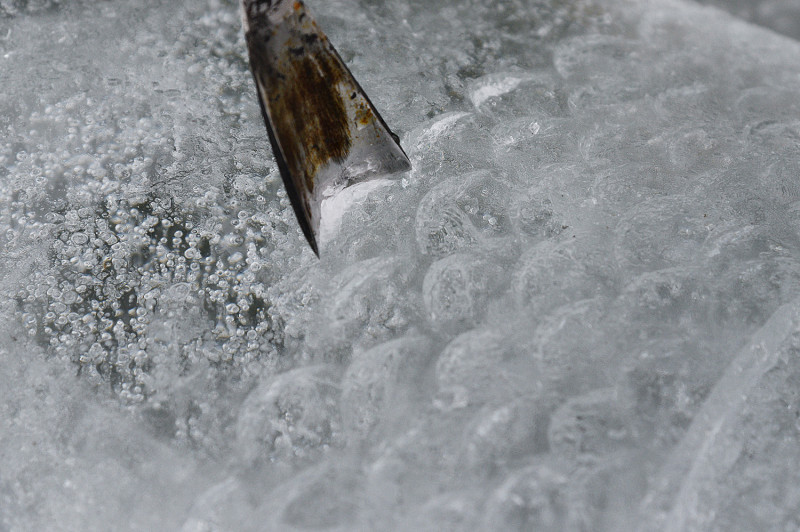