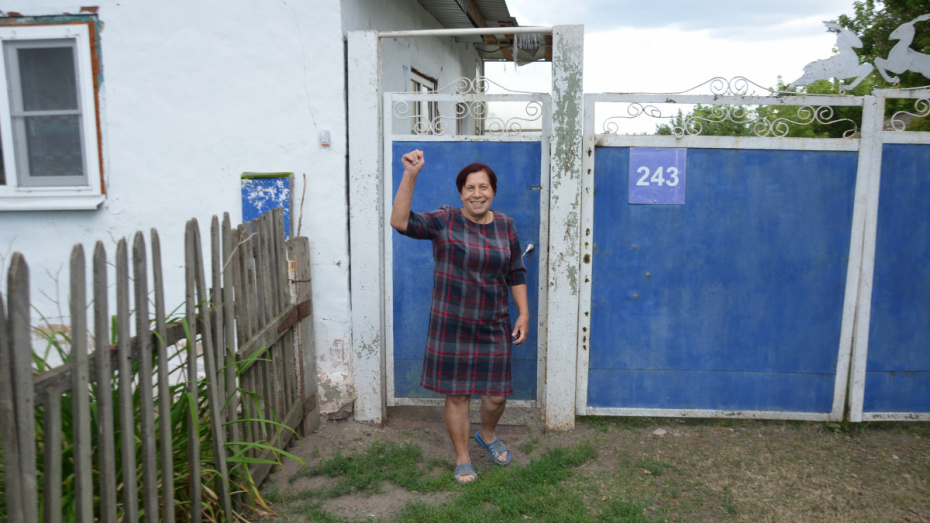 Tatyana Lyashko skeaks about illness, love, and her struggle with difficulties.

Tatyana Lyashko from the village of Gavrilsk in the Pavlovsky District is a smiling, cheerful 60-year-old woman. It's hard to believe that she doesn't see anything at all - so quickly and dexterously Tatyana Sergeevna moves from room to room, stepping over the doorsteps and making the turns.

The village woman went blind 15 years ago. In her family, her father and aunt had glaucoma, but they were diagnosed after the age of 50. Recently, the disease was diagnosed in Tatyana's middle son.

To find out about the trials and tribulations that fell to the lot of the Gavrilsk resident and about what gave her optimism, read the RIA Voronezh story. 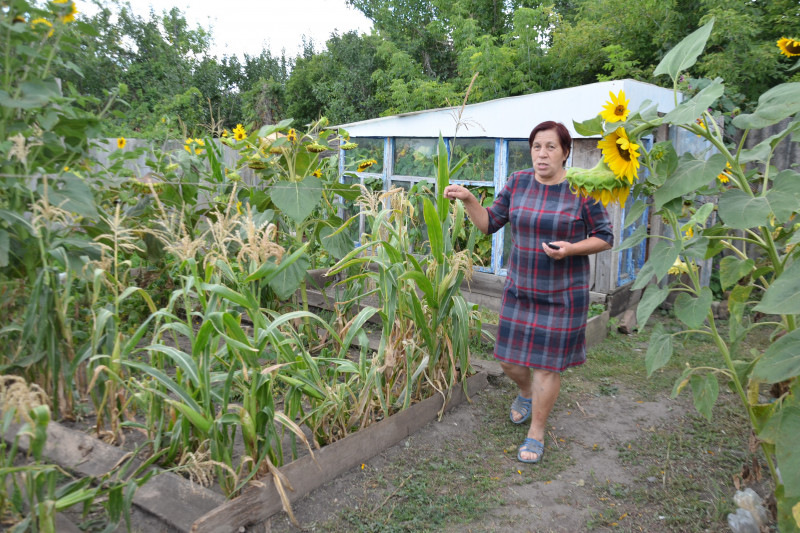 Tatyana Lyashko is from Udmurtia. After a while, her parents with three children settled in the Gavrilsk settlement of the Pavlovsky District, in Sakirovka. Tatyana completed eight school grades in the village of Tsarevka, the ninth and tenth - in Gavrilsk. She studied in Voronezh as a sewing machine operator, got a job at the Rabotnitsa Factory in a cutting shop.

‘I went to the hospital once every five years,’ the woman noted with a laugh.

Once, having come home at an inopportune hour, Tatyana found a drunken company there.

‘I got angry, of course, made some noise, spoiled their snacks. And then my husband taught me a lesson.’ 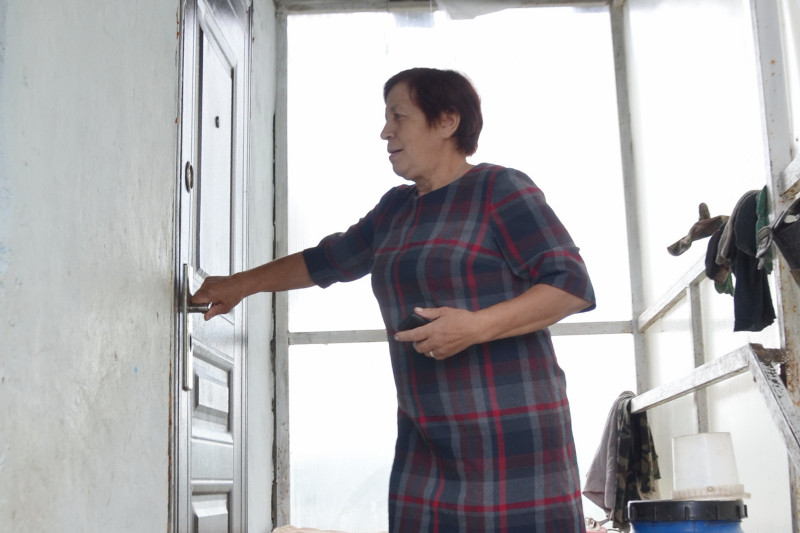 That unfortunate blow, as the woman suggests, provoked the early onset of the disease.

Her vision faded gradually, the objects in sight lost their clearness. At this time, Tatyana was carrying her third child under her heart and, having registered, was visiting the doctors. The ophthalmologist, seeing a problem, sent her to Voronezh for examination. They offered an urgent surgery, but the woman refused.

‘The cost of my sight was to be the life of the baby. First, artificial childbirth, then surgery. How could I agree?’ Tatiana recalled.

She bore and gave birth to a son. When he was one year old, his mother underwent a surgery. In 1992, she was officially registered disabled, the first non-working category. After the surgery, she remained sighted for another 13 years. She became blind in 2004 - first one of her eyes “went out”, then the other.

At the same time, Tatyana divorced her husband.

‘I filed for divorce earlier, in 1992, but we didn’t get one - they said, the children were too small. And at that point, I realized that the children had grown up and I didn't want to stand the drinking anymore. As for me being blind - well, there are people living this way, and so I can,’ the woman reasoned. 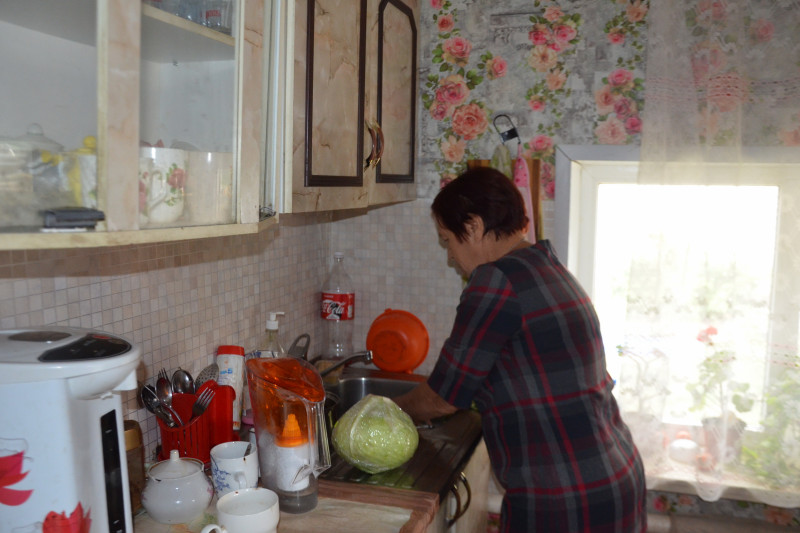 Tatyana temporarily settled with her mother. She did not remain alone for long. Once, she listened to the Radio Match program, and they read a letter from a disabled man from Liski named Boris: he was looking for a life partner. A friend helped Tatiana write him a letter. Soon Boris came for Tatyana and took her to his place.

‘We got married. Five years with him were the time of my true woman’s happiness. We did everything together, looked after each other, supported one another. Where he was, I was. My children felt at home with him... On that day, we were going to visit our relatives, we bought gifts. Borya told me - let's postpone the trip. He lay down to rest and died - his heart stopped. A heart attack,’ Tatiana Lyashko told with grief.

Widowed, the woman returned to Gavrilsk. The house had fallen into disrepair over the years. Tatyana's relatives rallied to help her: they replaced the old boiler, the roof, put in the windows, installed electrical equipment...

‘I was in no hurry, I would save some money and do one thing, then another. And so gradually I put the house in order,’ Tatyana Sergeevna noted. 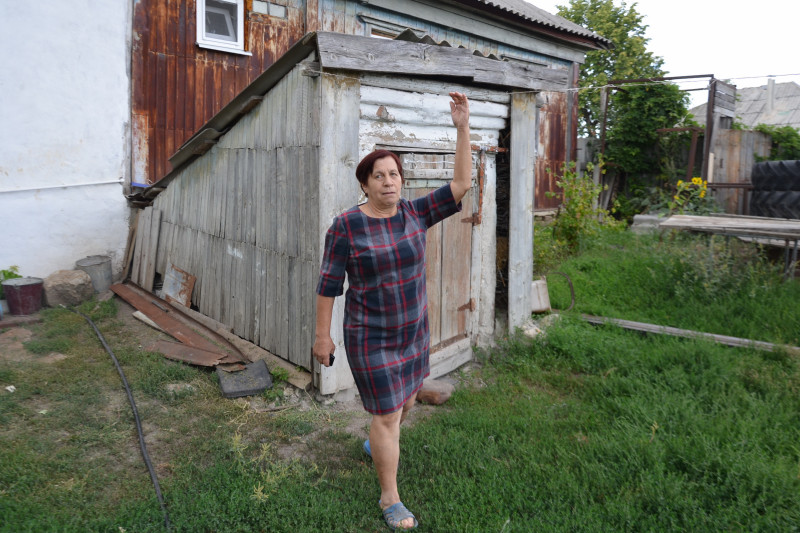 Her house is clean and comfortable, there are flower pots on each window. In the courtyard, there are flower beds; in the garden, the beds are fenced with plank walls, a dozen chickens with a rooster cackle behind a net.

‘Of course, I have those who help me: my grandson Daniil comes, my son Misha does too, daughter Larisa has just left, she was visiting. My sister Galina often visits. But in general, I cope with all matters myself,’ the woman shared. ‘The main thing is for all things to be strictly in their right places. Both my children and grandchildren know: if you take something, put it back where it belongs. Sometimes, they stay with me, leave, and then call: ‘Mom, I put the shovel in the wrong place.’

Tatyana plants and waters vegetables and flowers, feeds the chickens, the dog Druzhok and the cats - the snow-white Bars, the black Kuzya, and the smoky Businka. 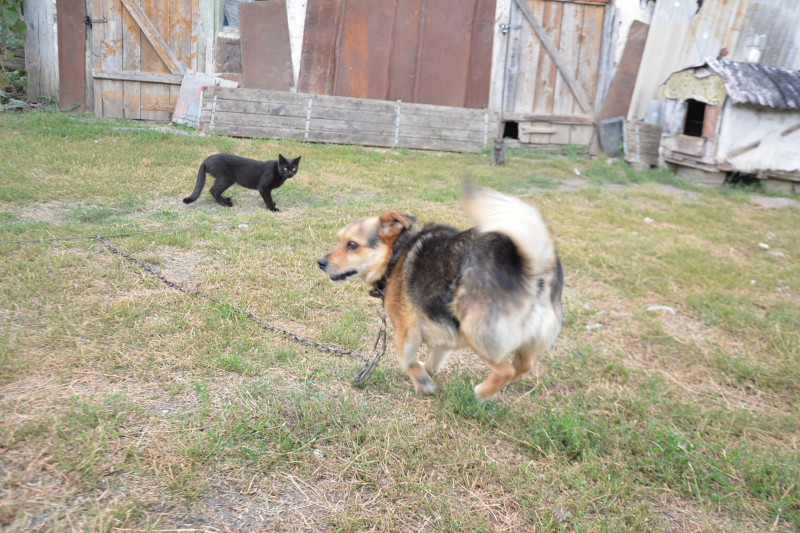 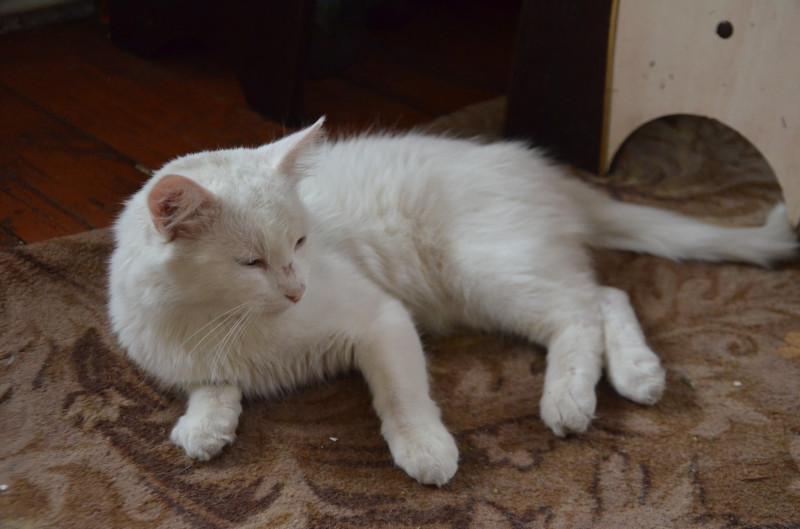 She always does everything around the house herself. If she suddenly gets confused, when familiar landmarks disappear, and she does not know where to go, a cell phone helps out with all the named in a strict alphabetical order. Tatyana Sergeevna remembers everyone’s number: if she needs to call, for example, her sister, she needs to press the button that lists the numbers 19 times. 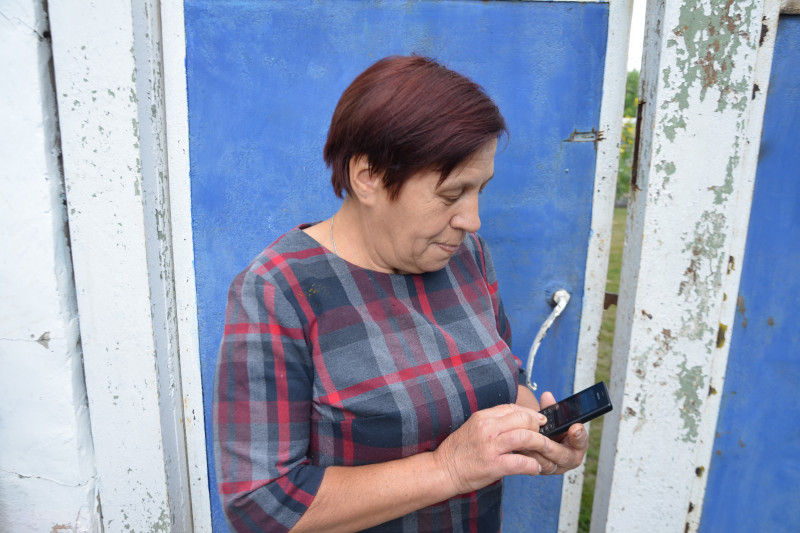 ‘I make the dough, pour it into the pan, he turns it over. Or I bake a cake and take it to them counting my way along by the posts,’ Tatyana told.

She learned how to switch channels. If something needs to be written down, she takes a piece of paper, looks for a corner, presses a ruler against it and writes with it. She writes to the end of the line, flips the ruler - and starts again. Tatyana Sergeevna also sews - she has learned to thread a needle in a special way (the most important is for the eye not to be small), can mend a hole, sew on a button, or make soft seats for a kitchen bench. She has mastered the washing machine. 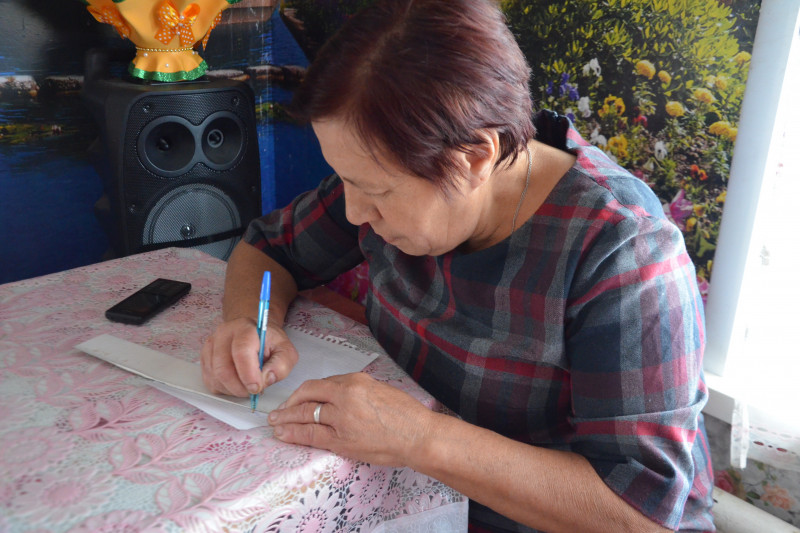 ‘Of course, at first, when I had just lost my sight, it was not easy: I walked along the walls, got bruises. But gradually I got used to it, adapted.’

In recent years, she has developed simple rules that help her not to lose heart:

‘You need to look for positive aspects in everything. When it gets bad, do what makes you happy: listen to music, an audio-book, talk to your family. And find something to do, because when you load yourself with work, there is no time left to be distracted by bad thoughts.’ 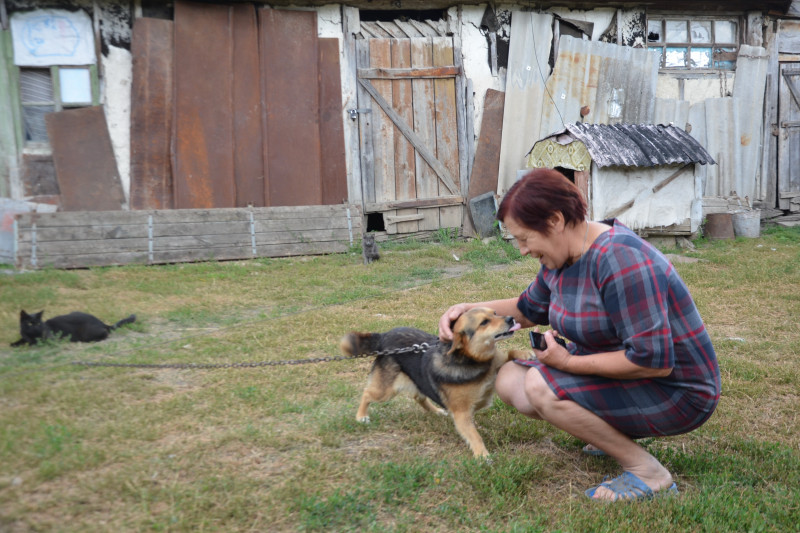