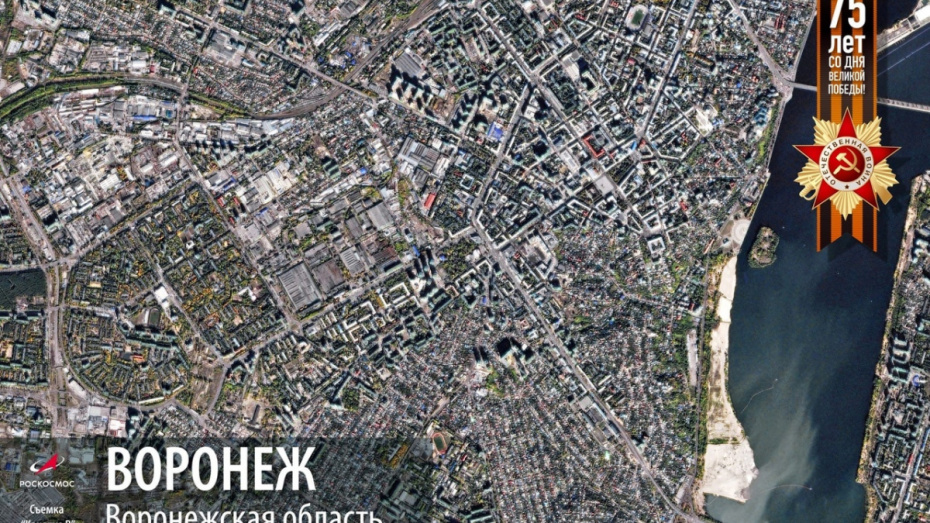 The pictures were taken as part of an event dedicated to the 75th anniversary of the Victory.

The Russian Canopus-V satellites took pictures of Voronezh from an altitude of about 500 km as part of an event dedicated to the 75th anniversary of Victory in the Great Patriotic War. The pictures were posted on the official Instagram page of Roscosmos on Saturday, May 9.

Voronezh was photographed along with other cities of military glory. The event lasted 45 days.

“Every day, this project brought us closer to the great date honored by all the citizens of our country - the anniversary of the Great Victory,” noted the Russian Space Agency representatives.