‘No time for arguing.’ "Golden Family of Russia" from Voronezh talks about recipes for ideal marriage 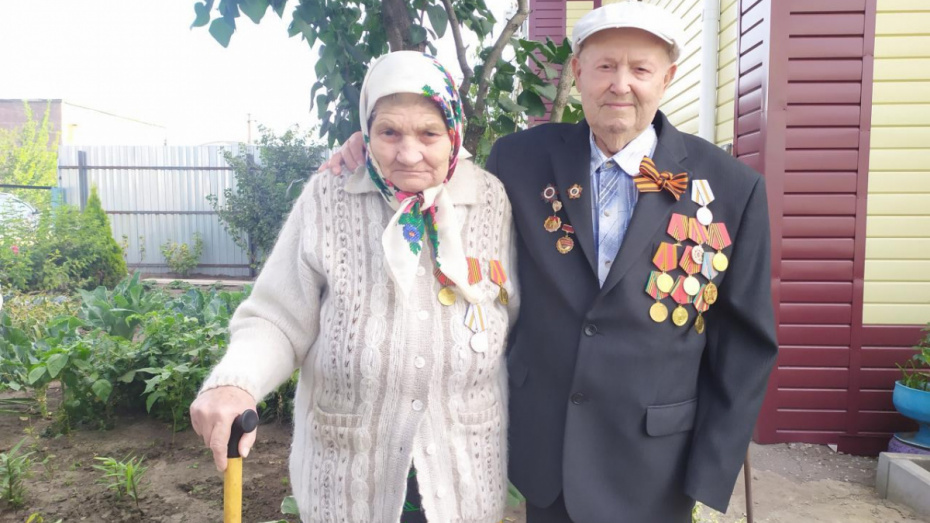 Grigory and Matryona Pashkovs from the village of the 1st branch of the Maslovsky State Farm in the Novousmansky District of the Voronezh Region won the all-Russian competition "Family of the Year 2020" in the Golden Family of Russia category. Experts assessed the portfolios of families, their calling cards, and active participation in the social life of their native land in an online format. The organizing committee of the competition named 89 winners on August 20, applications had been submitted by a total of 3 thousand Russian families.

Grigory Pashkov was born in 1926 in the Buturlinovsky District. He was the eldest of six children. Presently only Gregory and his younger sister Vera are alive.

In the pre-war years, his parents worked at the Udarnik State Farm in the village of the same name, Buturlinovsky District; the children gradually grew up and became their helpers. The father was drafted to war in 1941, and 17-year-old Gregory was sent to Ussuriysk to the border in 1943. It is where he served seven years in a heavy mortar brigade.

In 1945, Grigory Pashkov took part in the last campaign of World War II - the war between the USSR and Japan. It lasted less than a month - from August 9 to September 2, 1945, but it became a key moment in the history of the Far East. Grigory Pashkov received one of his medals for organizing the crossing of heavy mortar equipment on hand-made rafts.

The head of the family does not like to talk about that time but he nevertheless shared one memory:

‘During the fighting, a shell fragment wounded my fellow villager in the stomach. He was lying on the ground, and next to him were his fallen entrails. He was alive and suffered so much that he asked to shoot him. But the orderlies took the soldier to the hospital and, to everyone's surprise, the doctors saved him. After the war, he worked as a chief accountant on a collective farm.’ 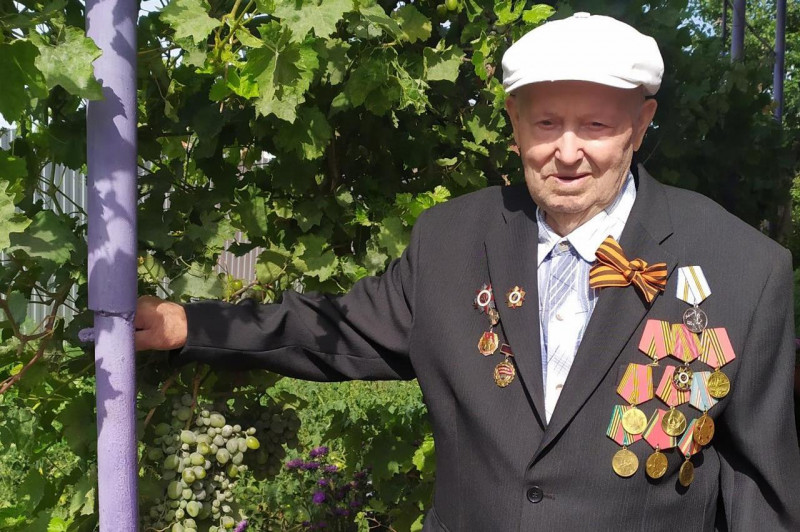 After being demobilized in 1950, Gregory returned home to work at the same Udarnik State Farm. The young man fell in love with a neighbor's girl Matryona with heavy braids, a month later they had a modest wedding.

The wife's family also had six children - five daughters and a son. Matryona was born in 1930. During the war, she, like her brothers and sisters, did what at times was backbreaking work along with adults: she worked in the field, helped to plow, sow, and harvest. She tied up and dried sheaves and then put them in large heaps and stacks. For this she was awarded the medal "For Valiant Labor during the Great Patriotic War of 1941-1945". 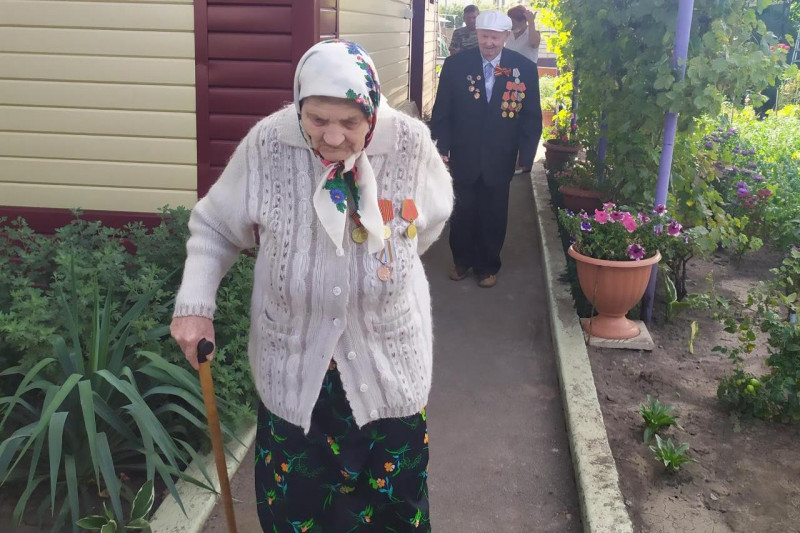 The first-born of the Pashkovs was born in 1952, and then, four more sons were born one after the other every two or three years. While the children were young, Matryona took care of the house and the large household - they always kept livestock. In her free time, she did needlework late at night: she knitted downy shawls, socks, mittens. Later, when the children had grown up, the woman began working on a pig farm.

The head of the family worked as a driver on the state farm. During the harvest, he had to carry the harvest for days on end, so Gregory has not only many military orders and medals but also awards for labor feats.

‘Life was hard but fun,’ the man recalls. ‘In the evenings, numerous neighbors gathered in the street. Some with a guitar, some with a balalaika, some with an accordion. We sang and danced until late at night. And early in the morning, everyone went to work with joy.’ 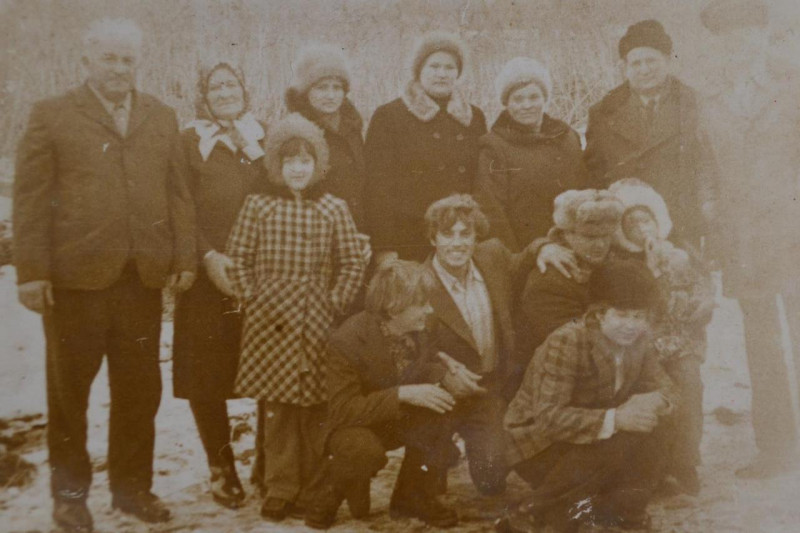 The sons of the Pashkovs grew up friendly and hardworking.

‘From school years, we worked as combine operator's assistants and helped my mother take care of pigs at the state farm,’ recalls the youngest son Yuri. ‘As a boy, I loved driving a car, and my father would sometimes let me do it: I sat behind the wheel with my father next to me. But I knew that first I had to weed five beds in the garden. Only after that I ran to drive.’ 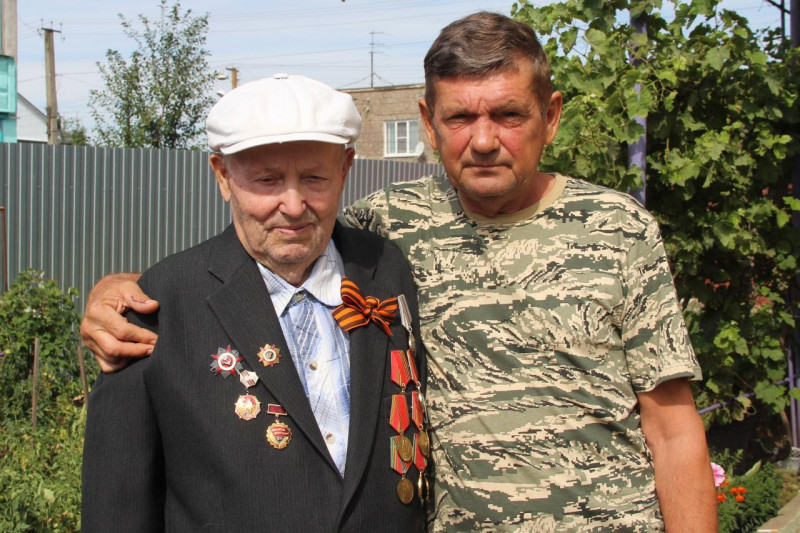 In the summer evenings, when he managed to get home early, Grigory Pashkov put his children and neighbors in the dropside car and drove them to the river to swim and fish. And after the harvest, the chairman of the state farm would buy ice cream for all the children.

‘The neighbors were surprised at the close-knit boys we had, at them helping us with the housework,’ Grigory recalls.

The youngest son admits that the brothers did argue but they did not fight. And the parents lived in perfect harmony, without quarrels, took care of each other.

Grigory Pashkov assures that in the past, the thought of divorce did not even enter family people’s minds: 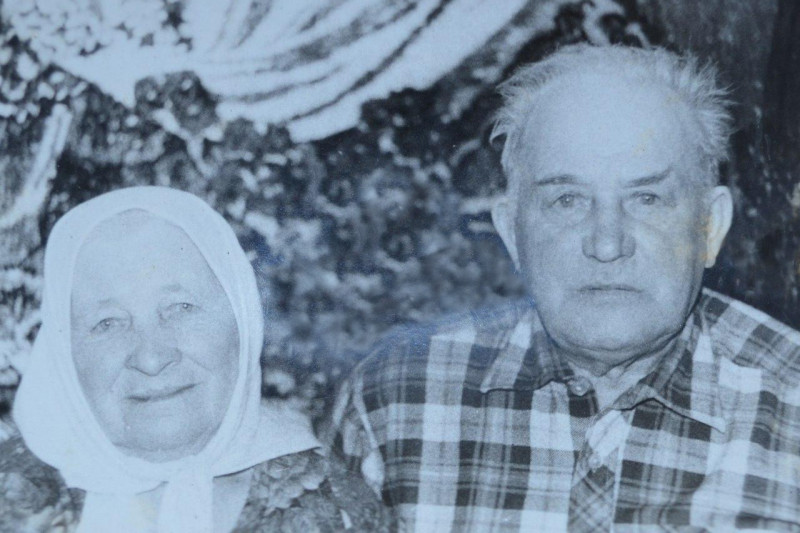 The head of the family considers children respecting their parents the most important thing: if the children are obedient, they will be all right. Grigory and Matryona live in the family of their youngest son Yuri in the village of the 1st branch of the Maslovsky State Farm.

‘Old age comes quickly,’ warns Grigory Pashkov, ‘and health must be taken care of from a young age. You begin to understand this as you get older. After all, this is so very important - I also want to help my grandchildren and great-grandchildren in some way.’ 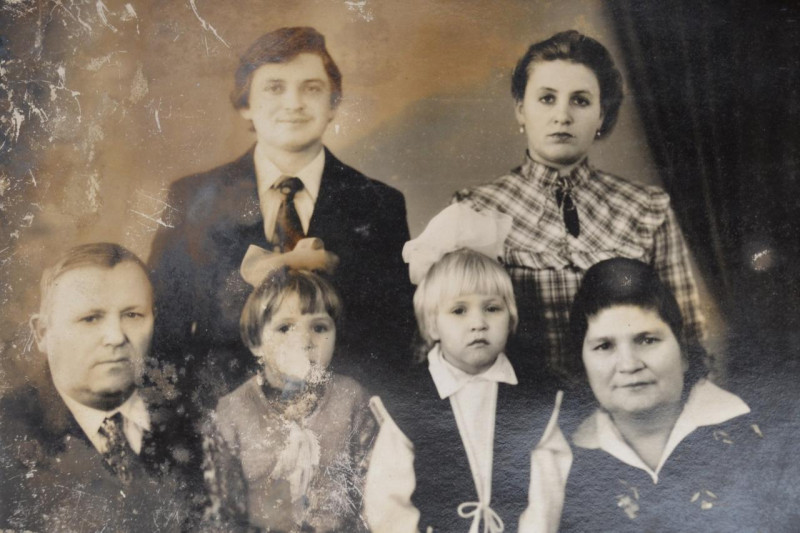 Today 89-year-old grandmother Matryona is weak and lies down for most of the day, and 94-year-old grandfather Grigory helps his son and daughter-in-law manage the homestead. He is happy to feed the dog or pick grass for chickens. And recently he even dug potatoes together with Yuri. 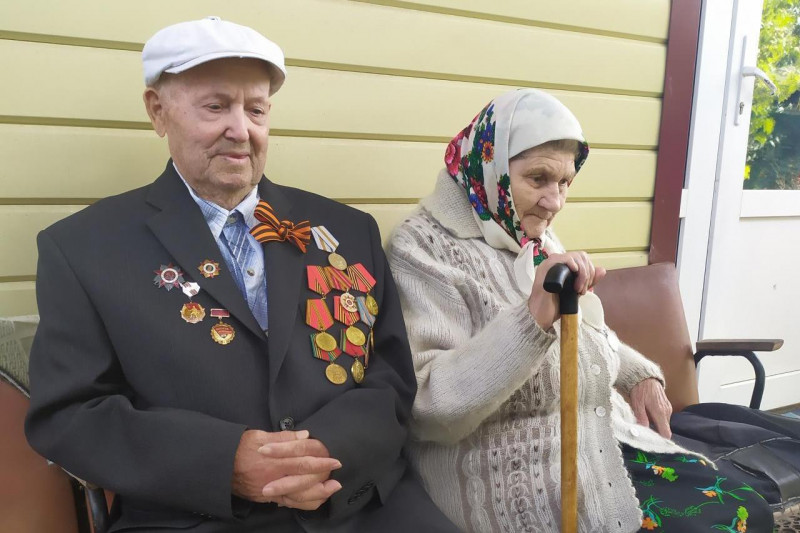 Almost all of the Pashkovs' sons are already retired. One son lives with his family in Moscow, one in Rossosh, two in Voronezh. Everyone comes to visit their parents with their children, grandchildren, and even great-grandchildren. An especially great number of guests gather for birthdays.