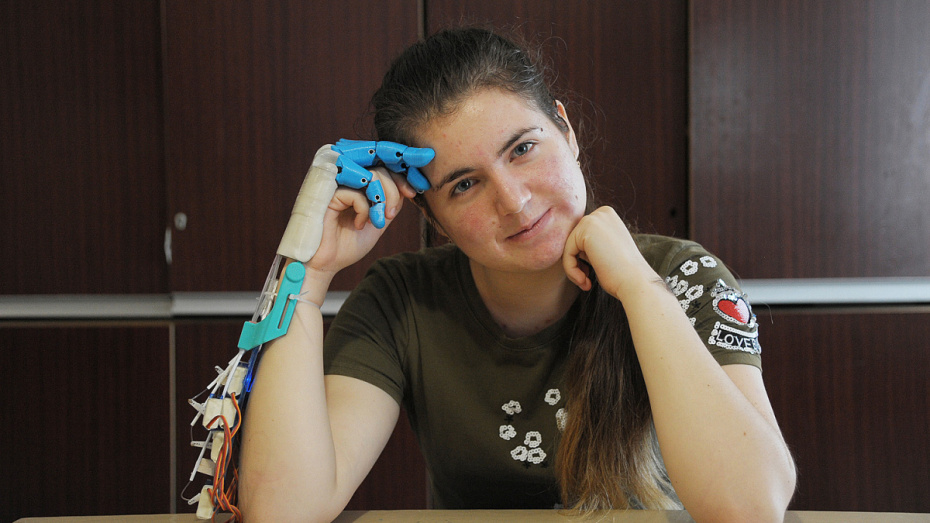 The implant from Daria Semina is cheap and allows picking up even heavy things.

Daria Semina, a fifteen-year-old resident from the city of Liski of the Voronezh Region, designed a unique bionic prosthetic arm. Its unique feature is an incredibly low production cost. The girl spent about 3 thousand rubles on materials on creating a prototype, and, according to the inventor, a model of better materials that can be implanted to a person will cost about 15 thousand.

The prosthesis is intended for people who have lost a hand. It must be implanted surgically and replace the lost limb in the full sense of the word. A sensor on the prosthesis picks up the motion signal transmitted by a person’s nerve endings. 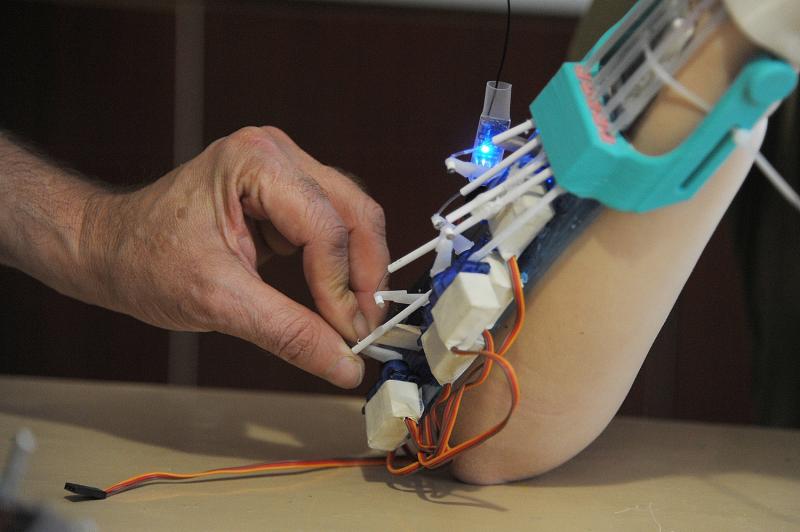 A special program helps the electronic device to decrypt it. As a result, a person can use an artificial hand in the same way as a real one. For now, however, this is just a prototype, and the movements of the plastic hand are controlled by the remote control for aircraft models.

To find out why a schoolgirl decided to create a prosthesis and how she managed to succeed, read the RIA Voronezh.article.

“I wanted to help children with disabilities”

Dasha was not interested in technology before she became a teenager.

– I was engaged in dancing, gymnastics, figure skating. But at the age of 12, I saw a master class in aircraft modeling from the head of our Liski Technical Creativity Center Alexei Mikhailov and decided to try it.

Daria became the second girl to enter this class in the entire history of its existence. Making her first plane took a long time.

– At first, I didn’t really want to go. But then Alexei Nikolaevich offered to participate in competitions, and somehow I grew on it, – the schoolgirl admitted. 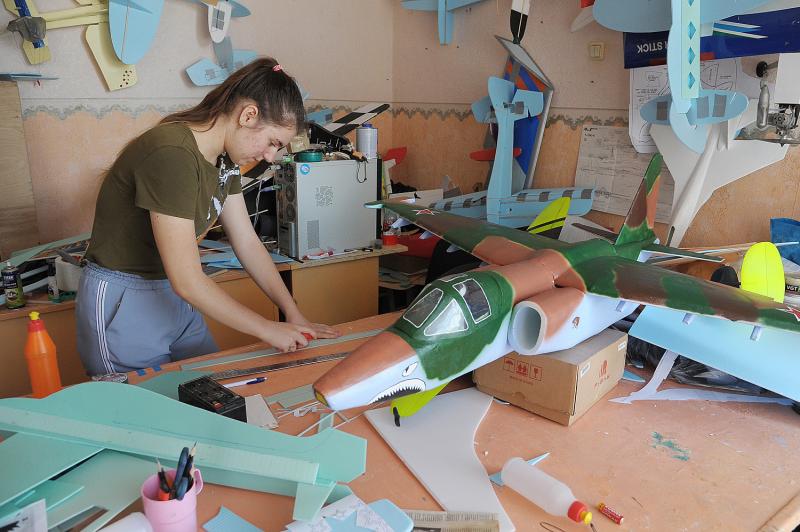 Over time, the girl left all the sports clubs and concentrated on modeling. When the teacher saw that the student was making progress, he invited her to host free workshops for children together.

– We often host classes for children with disabilities. And sometimes there are children without a certain limb. I just wanted to help them somehow, – the girl explained. 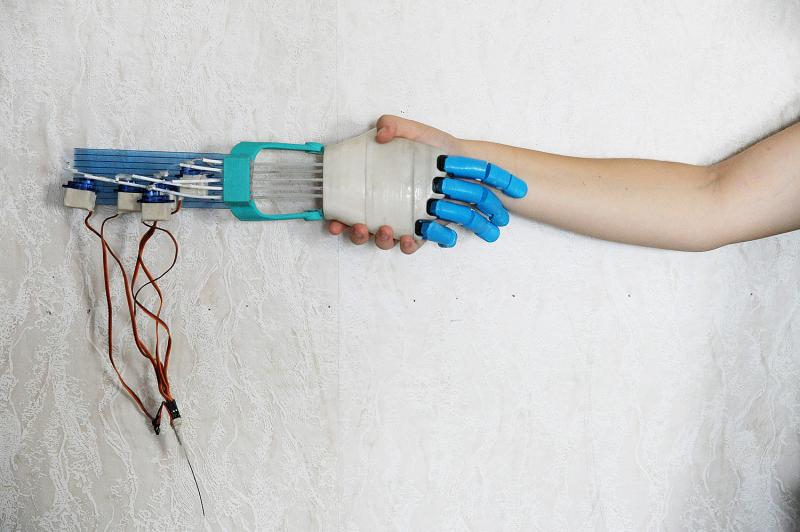 Simplicity is the soul of genius

Daria discussed her idea with the teacher. After consulting, they decided it was better to create a prosthetic arm.

– We thought that it would be in demand, because there are similar projects abroad, but none have been launched in Russia. We use mainly well-known prosthesis brands, and they are expensive. I, on the other hand, wanted to make a high-quality and cheap one, – the girl explained.

Daria googled the information on how bionic prostheses worked:

– There are many encyclopedias on hand prosthetics on the Internet. They tell about the mechanism of the prosthesis, about how it works, about the human hand, about how human limbs work and what remains after the amputation of a hand.

She decided to make a prosthesis using a 3D printer. The device was at hand – it is used in the aircraft modeling class to print out aircraft parts.

Dasha designed the palm and fingers in a computer program and printed them out of plastic. She used a fishing line as muscles. 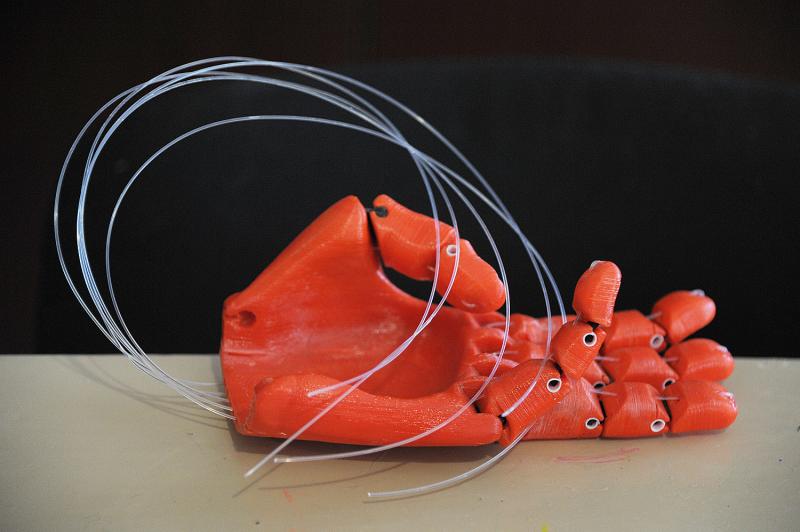 The role of the joints is played by servos (control devices for moving elements in various models – for example, in robots). Sophisticated programmable electronics are responsible for transmitting the “nerve impulses” through the arm.

Dasha spent about 3 thousand rubles on creating the prototype.

– Of course, a person will need to use better and more expensive materials to manufacture a prosthetic hand for implantation. So its production cost will increase and will be somewhere between 5 thousand and 15 thousand rubles, – the young inventor calculated. 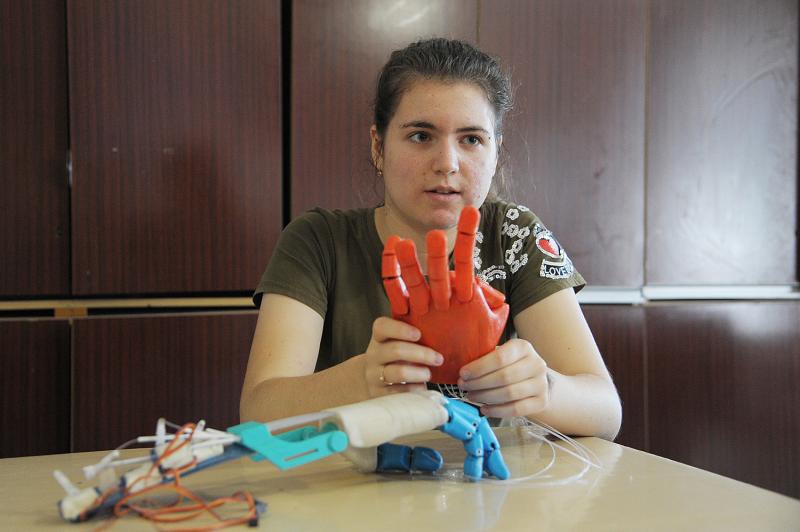 Does it have a future?

In addition to cheapness, the prosthesis from the Liski girl has many advantages. The first is that it is easy to duplicate.

– The “hands” that are being manufactured now without the use of 3D printing technology cannot be duplicated. In my case, however, all the elements are saved, so the “hand” can be printed out as many times as necessary, – Daria explained.

In addition, the prosthesis does not have the significant drawback inherent in other similar developments. Usually, a “hand” that is made via a 3D printer cannot hold heavy objects, as it has an imperfect grasping mechanism. In the prosthetic hands created by the schoolgirl, the work of the human muscles is reflected more accurately, so they can grab and hold heavy objects. 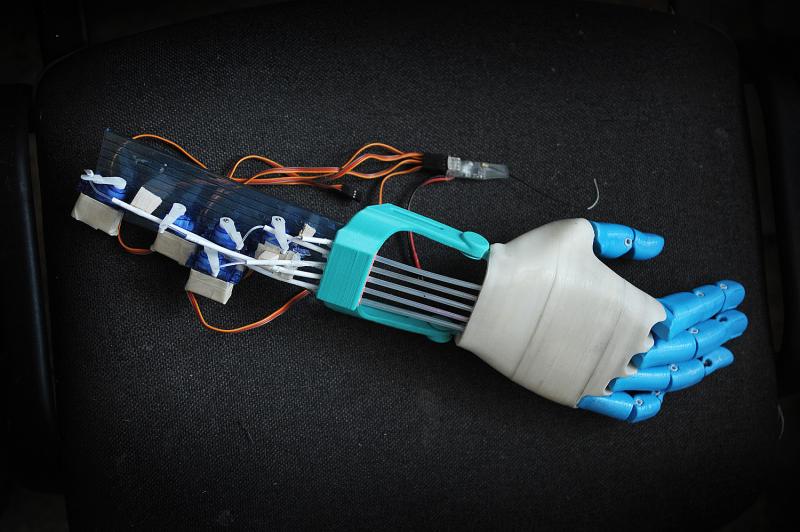 – Thanks to this feature, our prosthesis is suitable even for sports, – the girl stressed.

With her invention, Dasha has already taken part in several competitions, won the All-Russian “Young Technicians and Inventors” conference, and attended an award ceremony in the State Duma.

– Dasha’s development is highly estimated. It often causes admiration among ordinary people. Everyone wants to come up, give the prosthesis a “high-five”, find out how it works. They ask about the future of the project, about whether we have found investors, – Alexei Mikhailov told. 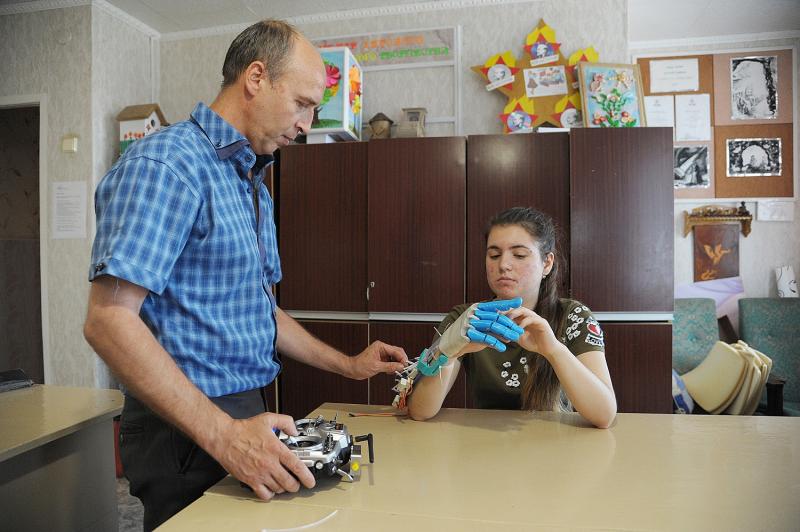 However, sponsors who want to help launch Dasha’s development into mass production have not been found yet. The girl herself and her teacher are not yet aiming for it.

– In order to further implement the mass production of such prostheses, you need to completely switch to the implementation, make it your life, prepare a huge amount of documents. But I had a different goal – to develop a child’s engineering thinking and make her want to help people who find themselves in a difficult life situation, – Alexei Mikhailov admitted. 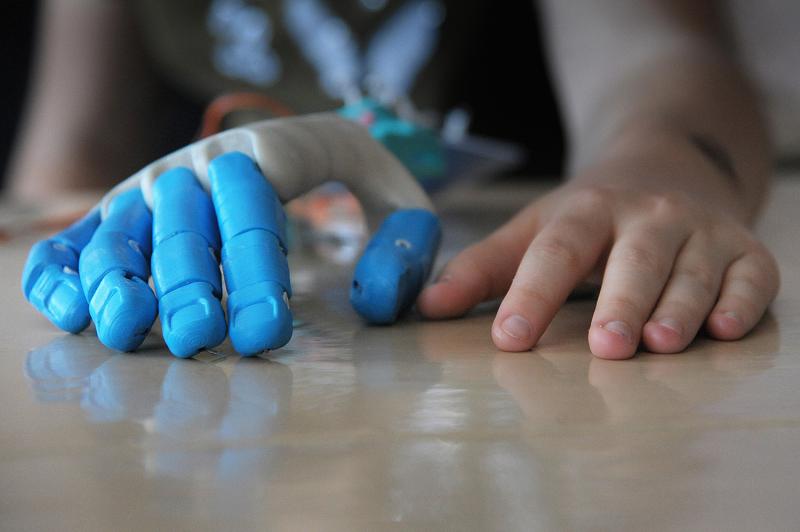 The young inventor is not thinking about investor search and paperwork either. The next competition in aircraft modeling is just around the corner, and she is preparing a new aircraft model for it. But we would still like to believe that one day Dasha will shake hands with the person who will have implanted the prosthesis she invented.