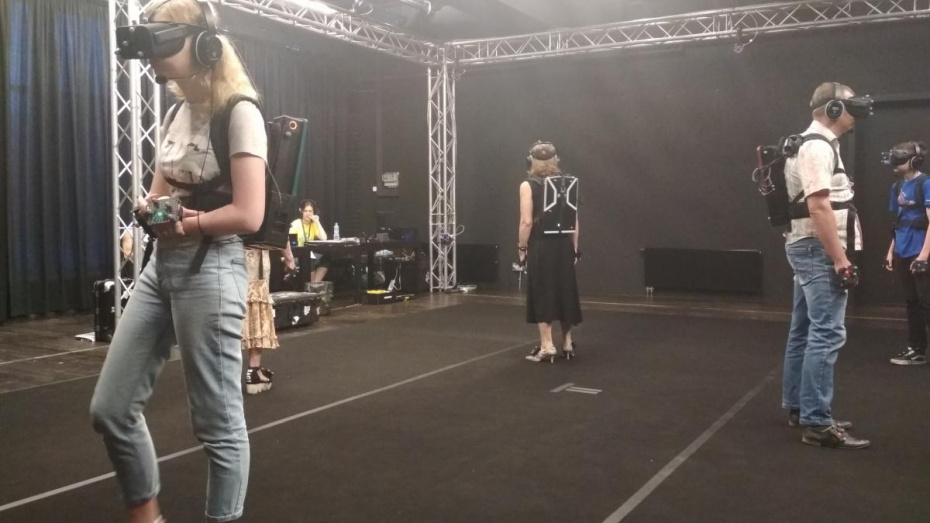 The production was shown at the Platonov Festival.

The VR_I production by the Swiss company Cie Gilles Jobin and Artanim was performed in Voronezh at the Platonov Festival on Tuesday, June 11. The shows will be held until June 16.

The venue of the performance was the large rehearsal hall of the Chamber Theater. Only five viewers could watch the 20-minute virtual show at the same time with about a hundred shows a day. At the site, each of them was equipped with bags with computers, VR glasses, headphones with a microphone, and motion capture sensors on the hands and feet. After putting on the VR glasses, the participants of the play found themselves in the virtual space. Five avatars were provided for the audience in the virtual reality. Thanks to the motion capture technology, these avatars were able to move freely in the virtual world.

– Today, virtual reality is a popular attraction accessible to everyone, even at home. But a person wearing VR glasses usually acts alone, he is alone with himself. The main feature of our performance is that five people can interact with each other, see each other and talk inside virtual reality, – VR-operator Camilo Jan Quentin de Martino told.

According to the creators of the play, they often faced funny reactions from viewers who saw their avatars. In the show, they are all of different sex and race. And no one knows who will get which in advance. 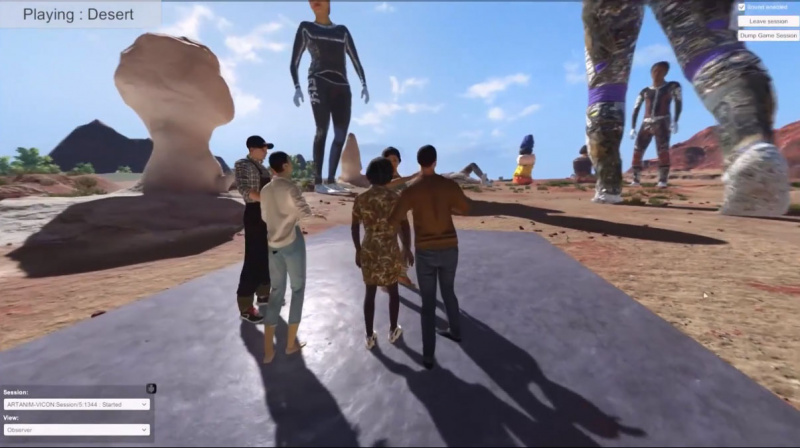 After putting on the glasses, the viewers found themselves in a stone cave. Suddenly it rose into the air, and it turned out that it was a stone that was covering people, and they were actually in the desert surrounded by giants in futuristic costumes. The giants became interested in visitors and, bending over them, began to study them carefully. The audience also looked intently at the owners of this world but couldn’t touch them - their hands went through the image while trying to touch the hologram.

Then virtual people of regular size appeared - and they began to dance. Although the performance is called choreographic and even participated in European dance festivals, the slow and smooth movements of virtual dancers were more like a warm-up before wushu or qigong than choreography. The scenery changed several times with new dancers appearing in them - they moved separately and chaotically. In doing so, viewers could keep observing or join the dancing. 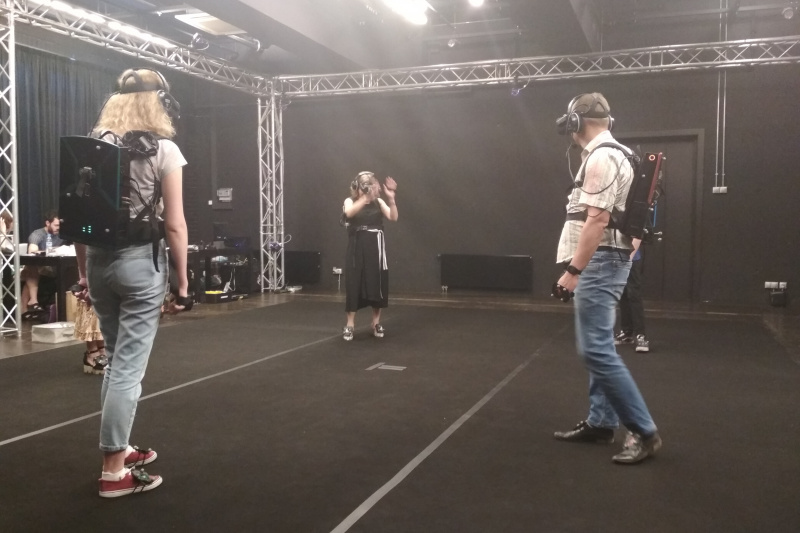 – Of course, the dancers had a limited range of movements due to the sensors attached to them during the creation of the production. And viewers cannot, for example, cross their arms and legs. But they do not have to dance. They can simply “hang” in this space, look around, study it. But usually, when viewers are surrounded by so many dancing figures, they themselves begin to involuntarily repeat some kind of dance movements, and this is very cool, – assistant choreographer Susana Panadez Diaz said.

There was no 100% effect of immersion into an amazing new world because the graphics inside virtual reality looked like a not very modern computer game. At the same time, due to the fact that the VR glasses completely covered the face, a viewer was immersed and involved in this game. Strange dancing giants in this painted world seemed like deities, controlling all the processes and observing the absurdly moving people. At some point, one of the giants again covered the audience with a cave-stone, and the show ended. 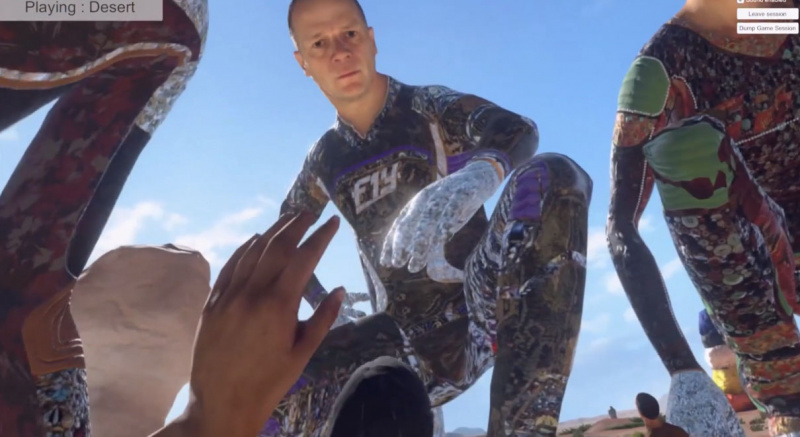 – We make a significant contribution to the process of filling virtual reality with art content. There are a variety of computer games, videos that can be viewed in VR glasses, but almost no art. Personally, I see virtual reality as a new space where art can be developed. Think about how cinema was developed. It was not created as an alternative to some kind of art, it just appeared, it was new, and it began to develop independently. It’s the same with virtual reality. We are on the verge of opening a new artistic tool, a new artistic space, – technical director of the project Hugo Kahn said.

Tickets for the show are still available on the official website of the art forum.