Sculptures will grow younger. Best projects of monuments on military theme are selected in Voronezh 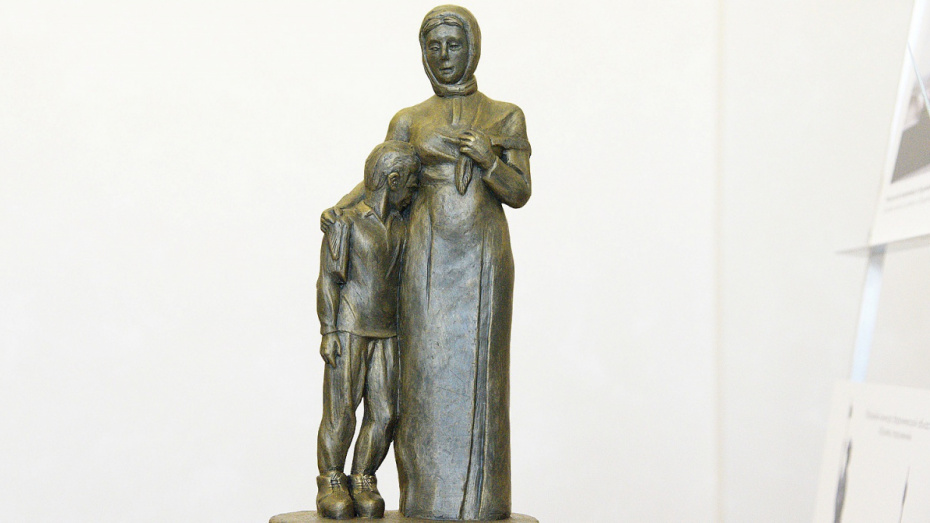 Voronezh, Moscow and Perm residents won in the “Memory of Generations” contest.

The Voronezh Region Government summed up the results of the open “Memory of Generations” competition on Monday, April 13. The commission examined 44 mock-ups of monuments on the theme of the Great Patriotic War. The results of the competition will help in replacing the obsolete sculptures at the military graves of the region. To find out what the vision of monuments on the theme of war is among contemporary authors from different regions of Russia, read the RIA Voronezh story.

The competition was held by the Department for the Development of Municipalities of the Voronezh Region. The selection was made on a federal scale - not only local authors sent their works but also Moscow and Perm residents.

“Last year, we changed sculptures at 15 military graves of the region and realized that this work needs to be continued,” explained the head of the department Vasily Tarasenko. 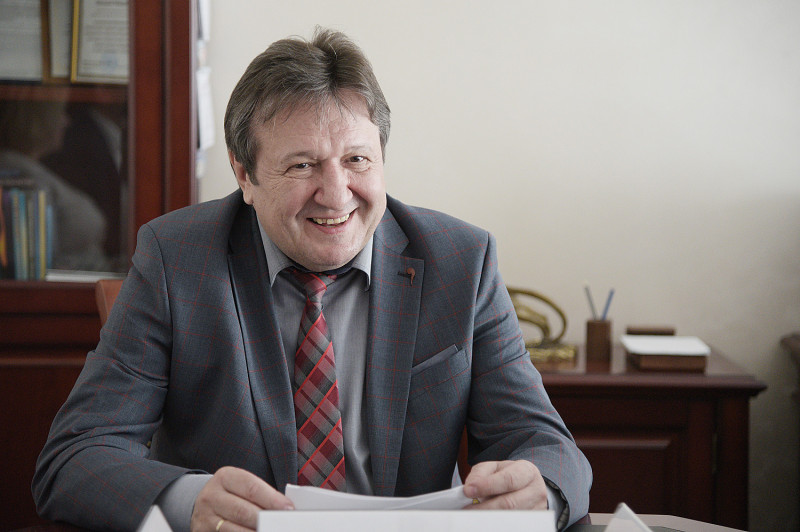 The competition works in five categories were evaluated by 12 members of a commission for a week: designers, artists, and architects. For complete objectivity, all the works were submitted without attribution. Envelopes with personal data of the contestants who took the first three places in each category were opened only at the meeting of the organizing committee. 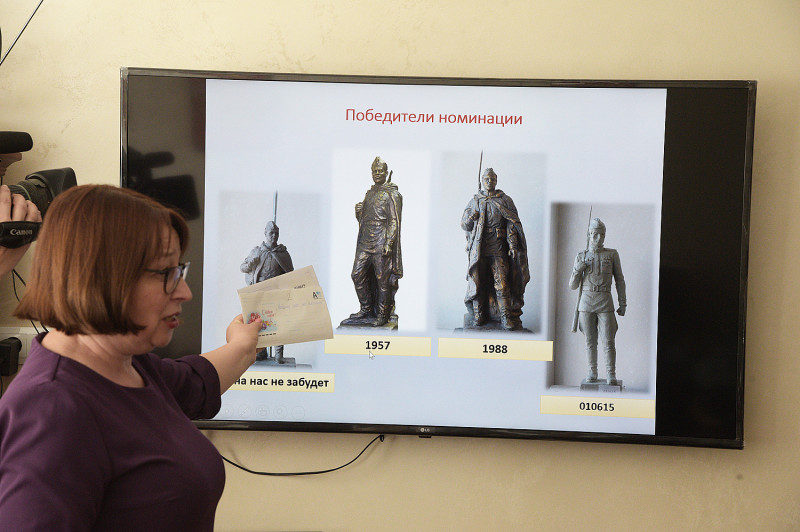 The winner in the "Standing Figure of a Soldier-Liberator Wearing a Helmet with an Assault Rifle in His Hand" category was artist Yevgeny Shevchenko representing the Moscow "IP Lebedev" studio. 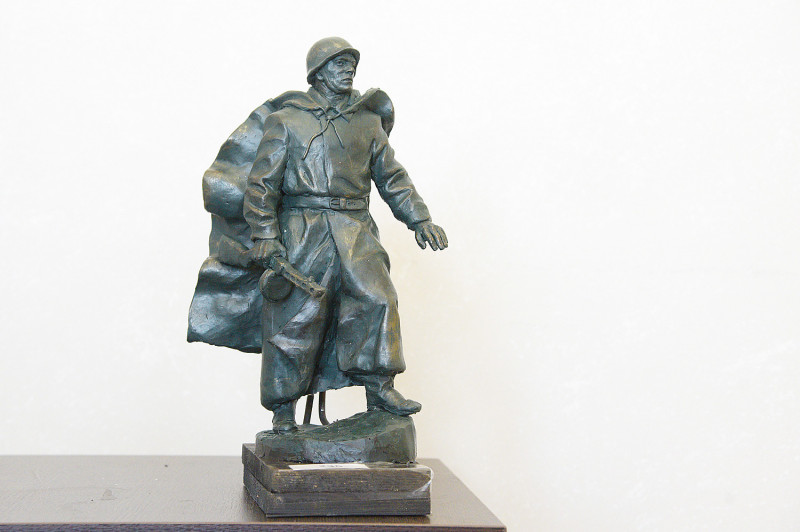 Two works were recognized as the best in the “Figure of a Sorrowing Woman” category: by Valentina Yakovkina from Perm and by Volgograd resident Vladimir Seryakov who also represented the Moscow "IP Lebedev" studio. 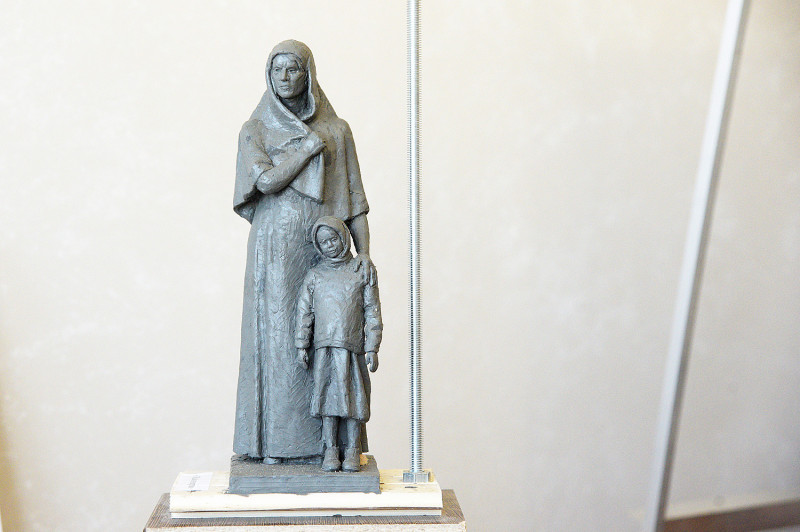 There were also two winners in the “Kneeling Figure of a Soldier with a Bowed Banner” category: Voronezh resident Vladimir Petrikhin and again Valentina Yakovkina. 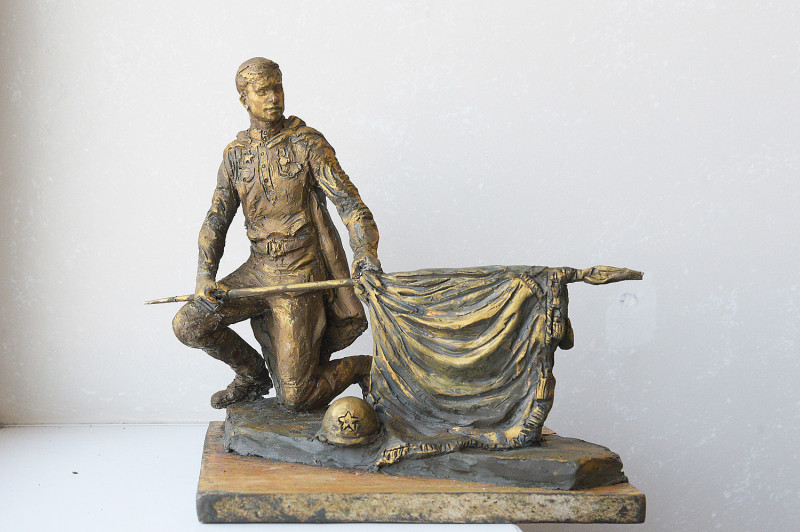 In addition, Vladimir Petrikhin became the best in the "Standing Figure of a Soldier-Liberator in a Side Cap with a Rifle" category. 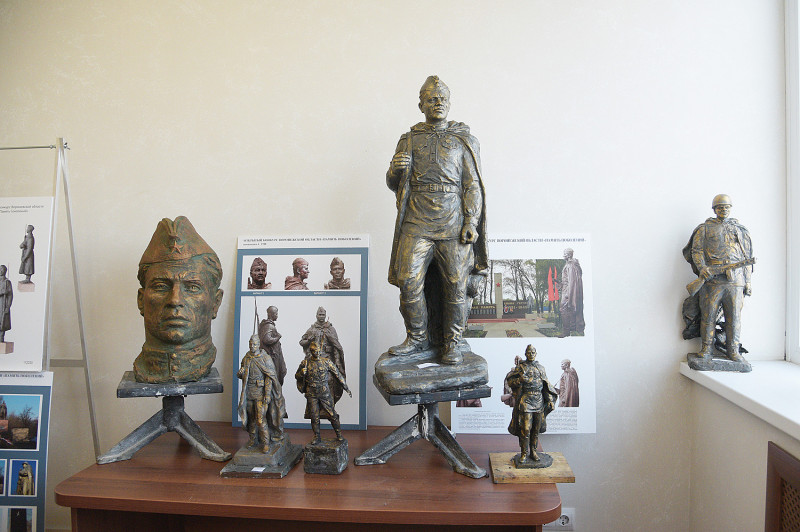 The work of famous Voronezh sculptor Maxim Dikunov won in the "Standing Figure of a Red Army Soldier Wearing a Budenovka" category. 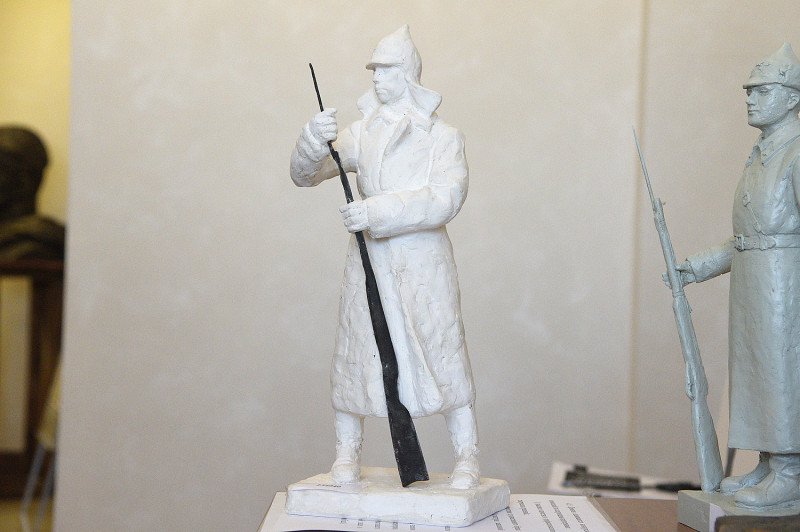 The competition may become annual

According to the rules of the competition, the cost of making the sculpture must not exceed 1.5 million rubles including delivery and installation. Sculptures will be accepted for work subject to registration of the copyright certificate. 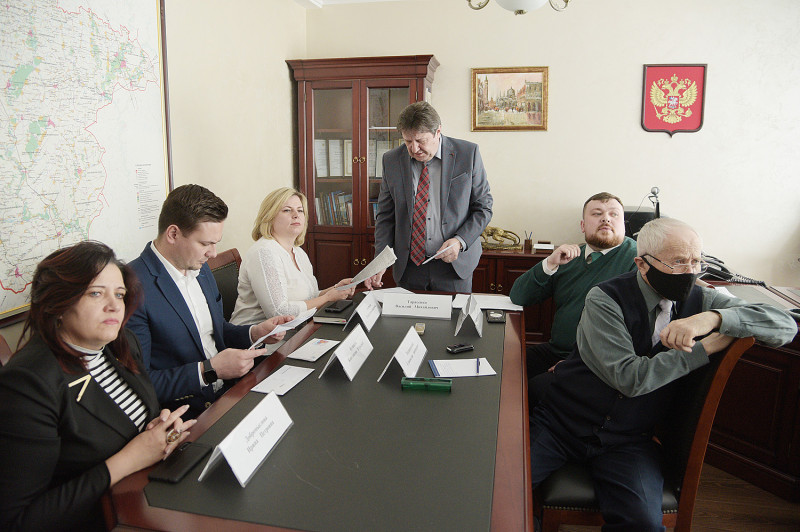 “When we started restoring military memorial objects eight years ago, the materials were expensive,” said the head of the department, Vasily Tarasenko. “But in recent years, new modern composite materials have appeared (fiber-reinforced concrete, fiber, and fiberglass), and now the average cost of a three-meter sculpture is within the range of 1.5 million rubles. Earlier, the same sculpture would cost many times more.”

All the works submitted to the contest (as well as those 15 that were installed in the region in 2019) look modern. 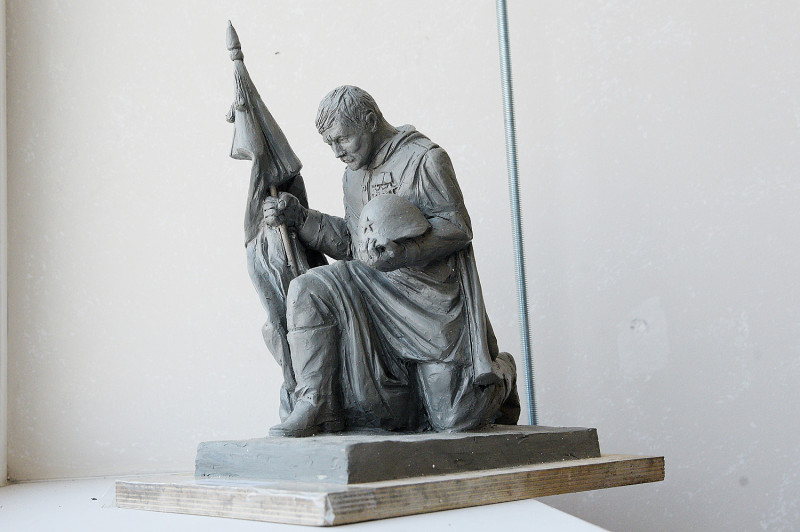 “The competition was not specifically dedicated to the 75th anniversary of the Victory. The anniversary will pass but the work of replacing the sculptures will remain. One of the main goals is to create a bank of mockups of monuments so that people, if they need to change a monument in their village, have plenty to choose from. The decision to install this or that monument will be made at the gathering of villagers. The main thing is for the initiative to come from the residents themselves,” Vasily Tarasenko stressed.

An electronic version of the album with sculpture drafts will be published in the public domain. Each municipality will be able to use such an album. The head of the municipality will offer the possible options to the residents, and they will choose what they like. 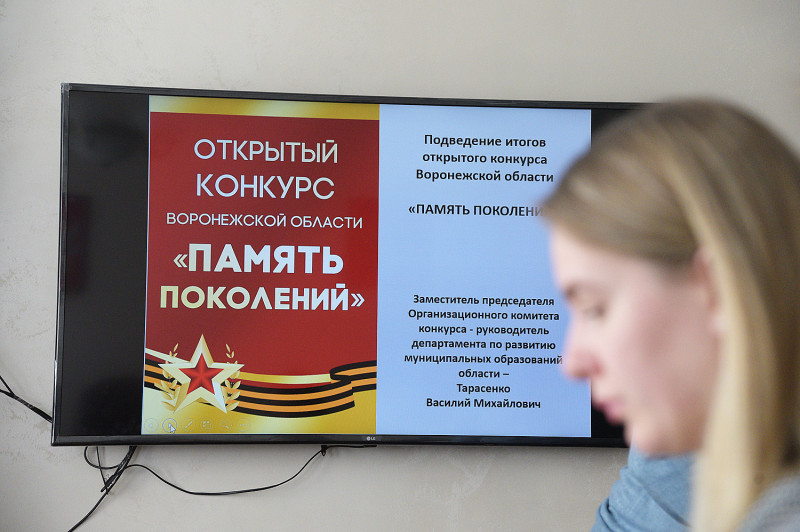 The Voronezh Region has about 80 monuments of the Great Patriotic War, which require an early replacement. In total, there are 599 military burial places in the region from the Civil and Great Patriotic wars, about 200 sculptures are installed on mass graves. On some of them, a soldier holds a piece of a board imitating an assault rifle instead of it, on others, there are cracks in the sculptures.

“Now people can decide for themselves what to replace a dilapidated monument with. Next year, I think, we will expand the list of categories. For example, in the Verkhnekhavsky District, there is a monument to the pilot, but a pilot figure was not included in this year’s categories. In the Petropavlovsk Region, there is the village of Krasnoflotskoye, where there is a monument to the sailors who had died in the Civil War, this category was not included either. So the competition may become annual,” announced Vasily Tarasenko.

A theme everyone can relate to

Sergei Dykhanov, the chief expert of the Department of Program Management and Initiative Budgeting of the Municipal Development, evaluated the results of the first competition as follows:

“The quality level of work turned out high. And these are just models which will change for the better during the manufacture of full-size figures. We will add all the winning entries to the database. People will be able to choose any monument. For example, if residents agreed on a model of a particular sculpture that they liked, the head of the settlement will be able to contact the author and order the manufacturing from him.” 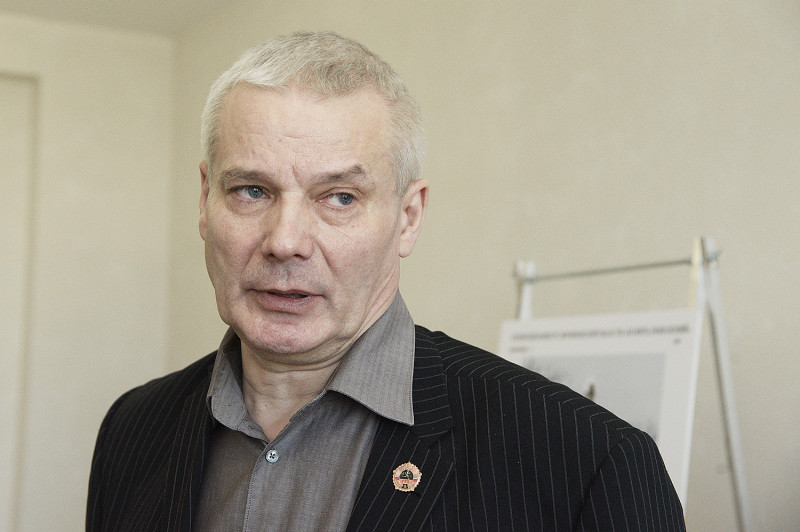 The RIA Voronezh correspondent also talked with the winners and their employers.

“I have been traveling around the region for a long time and seen military monuments. Many sculptures are not in the best condition due to their age. Often, the heads of settlements ask me to patch them up, to repair them. I help with what I can. And when the opportunity arose to take part in such a competition, I responded gladly. I relate to the theme: I am the author of the monument to Semiluki resident Praskovya Shchyogoleva, who died along with her children but did not turn a wounded Soviet pilot over to the Nazis. I also made the “Voronezh - the Homeland of the Airborne Forces” monument on Generala Lizyukova Street.”

“This is the first time I’ve participated in a competition of works on a military theme, although I have a lot of such sculptures. It was interesting to think up something new in something seemingly mundane.”

“Last year, we have already offered our works for installation in rural settlements of the Voronezh Region, and this year we continued the cooperation with your region. Our company has been participating in such competitions throughout Russia for more than five years. There are monuments made by our craftsmen in Tula and in other cities, and we have nine employed sculptors in total.”

“The specialists of our company had not so much interest as a challenge. The topic is well-worn and it’s not easy to come up with something new, so it remains to bring a specific image as close to the viewer as possible so that people empathize when they look at this monument. We’ve reviewed dozens of options for drafts, it was important not to repeat the well-known images. In total, we have four sculptors who live in different cities and with whom we have been cooperating for a long time.”