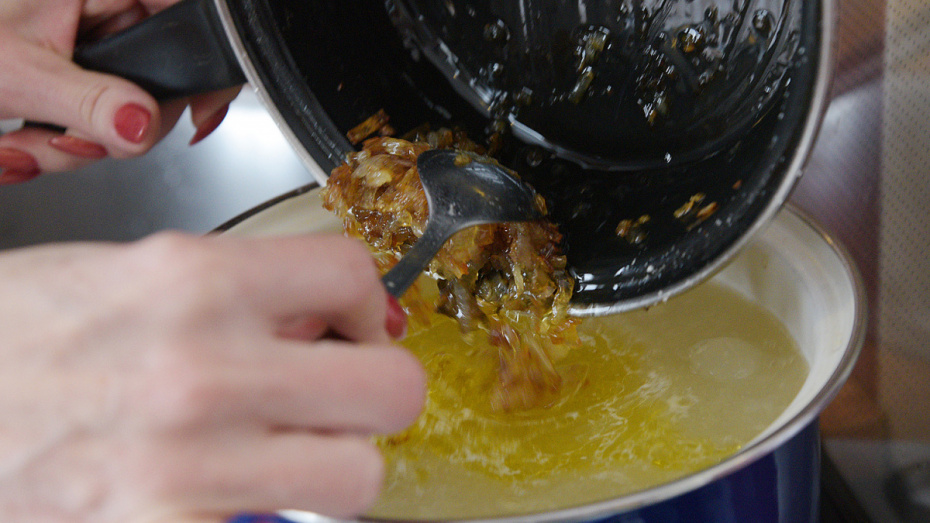 The old flour dish was cooked by the artistic director of a rural recreation center.

RIA Voronezh continues the special project "Grandmother's recipe" about dishes cooked in the families of the Voronezh Region from generation to generation. The journalists are looking for people who have preserved the old culinary traditions of a particular area of the Voronezh Region. We focus namely on original dishes and not on the varieties of well-known ones. It is important to us not only to show the cooking technique but also to trace the succession of generations.

The next issue of the special project is now devoted to the rare dish of the south-west of the Voronezh Region and eastern Ukraine - zatirka (with the emphasis on the first syllable). This is a rich chicken broth with pasta. The dish is very nutritious.

The artistic director of the Culture and Leisure Center in the Rossoshansky District village of Krivonosovo, Yelena Kaltygina, is one of the few in the district who still cooks zatirka for her family. 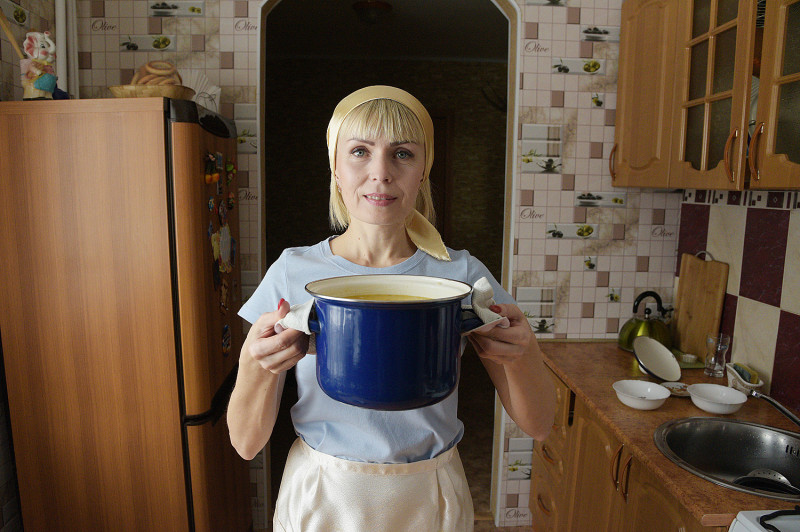 “In simple terms, this is a regular chicken broth with something like tiny vermicelli,” Yelena Kaltygina explained. “My grandmother Stefanida Grigorievna Chmyreva, born in 1923, a native of our border-zone village of Krivonosovo, cooked zatirka all her life. I remember myself as a girl - in the winter, I and other children scampered around the streets, rolled around in the snowdrifts, then I ran home and shouted from the doorway, "Granny, got zatirka?" Grandma cooked it several times a week – at that time, in the 1970-1980s, pasta or elbow macaroni were not always available in the village store, and the housewives did something similar to them at home. This dish was an everyday one. You run home from the street, gobble up a half-plate of zatirka right in the seni (an inner porch or outer entrance hall in old Russian houses – RIA Voronezh) without undressing, and then you head back to run in the snowdrifts!” 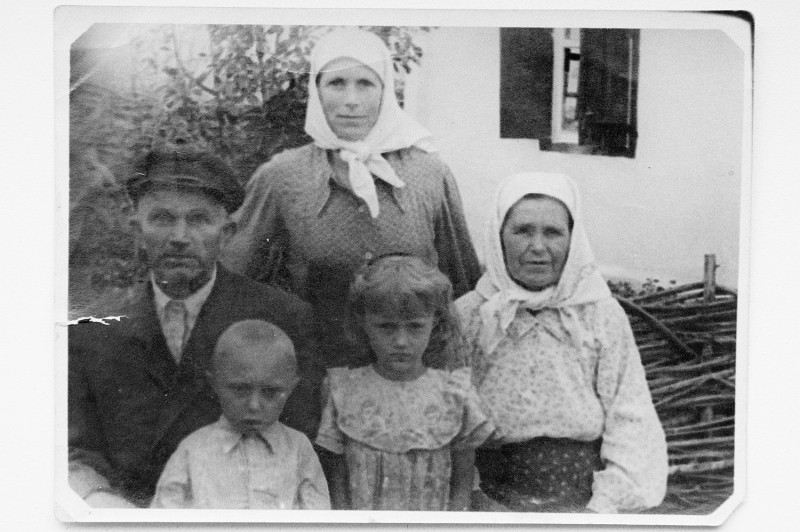 Yelena herself learned to cook zatirka at about ten years of age. Then, when she moved to Lugansk, she also cooked this dish for her family there. But at home in Krivonosovo, where Kaltygina has returned a long time ago, zatirka is a rare dish.

“Today, there is pasta in the store for every taste and there is no special need for home zatirka. I think that in 10-15 years, we will generally forget about such a dish. Meanwhile, home-made zatirka has always been the culinary brand of our border-zone,” the woman shared.

With the help of Yelena Kaltygina’s relatives, zatirka from Krivonosovo has "moved" to the capital. Her aunt, Galina Dankova, has lived in Moscow for many years and sometimes cooks this dish at home. 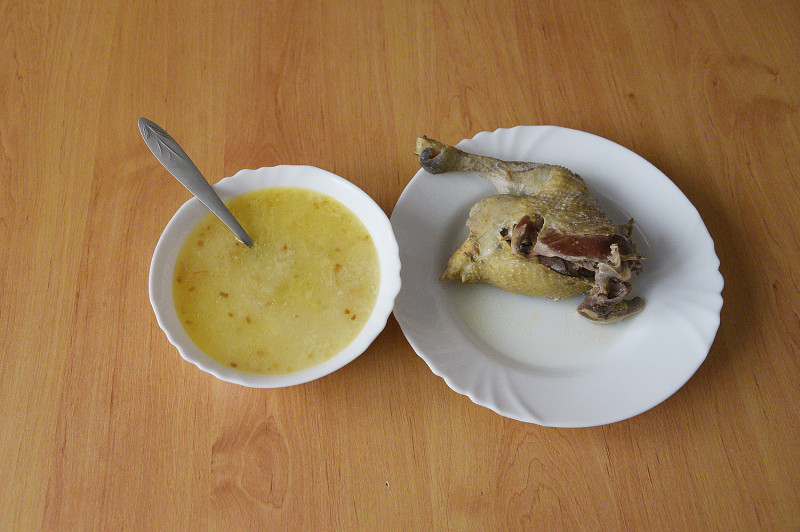 When the journalists of RIA Voronezh arrived at Yelena’s house, she had already cooked the usual "empty" broth. For a true zatirka, it must be chicken broth. According to the hostess, she "once made it with a pork broth, and zatirka turned out to be tasteless."

“On both sides of the border, zatirka has always been the main dish. We, Ukrainians, unlike Muscovites, who cut it into strips, always cut potatoes into cubes. We did not add carrots to the obzharka (cut vegetables – for example, onions, carrots, pepper – fried in oil or fat to be added to a broth for flavor when making a soup – RIA Voronezh), although essentially it does not hurt,” Yelena Kaltygina told.

When the chopped potato was poured into the broth simmering on low heat, Yelena cut the onions, put the broth fat removed during the cooking of the broth into the pan and began to fry the onion on it. Then she poured flour into a deep bowl, broke and shook the egg in a glass adding a little water. 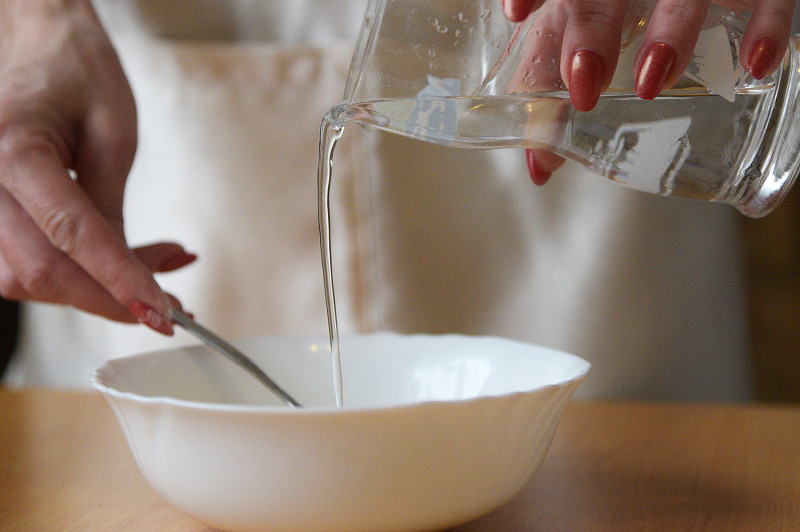 “It was in this enameled bowl that my grandmother used to cook zatirka,” recalled Yelena Kaltygina. “And she was taught by mother, my great-grandmother, Daria Venediktovna. Zatirka was cooked in a village stove. Grandmother said that her father, Grigory Nikanorovich, loved this dish cooked by my great-grandmother. Grandmother’s house always had a jar with a bundle of goose feathers tied to sprinkle flour with a mixture of beaten egg and water. Now, of course, all this is done with silicone nimbuses. And in our huts, zatirka was always cooked in cast-iron, which stood on a grubka (a small home stove, a diminutive of the word “gruba”, which means a large Russian stove – RIA Voronezh) so that the finished dish was cooked and kept warm.

According to Yelena, the dish “feels” the mood of the person who cooks it, and therefore, if your heart is not in it, it is better not even to try to “tackle” zatirka.

“Of course, we need to pass on our old culinary recipes to the young,” the woman said. “Now fast foods are everywhere, and people, alas, become estranged from real home-made food.” 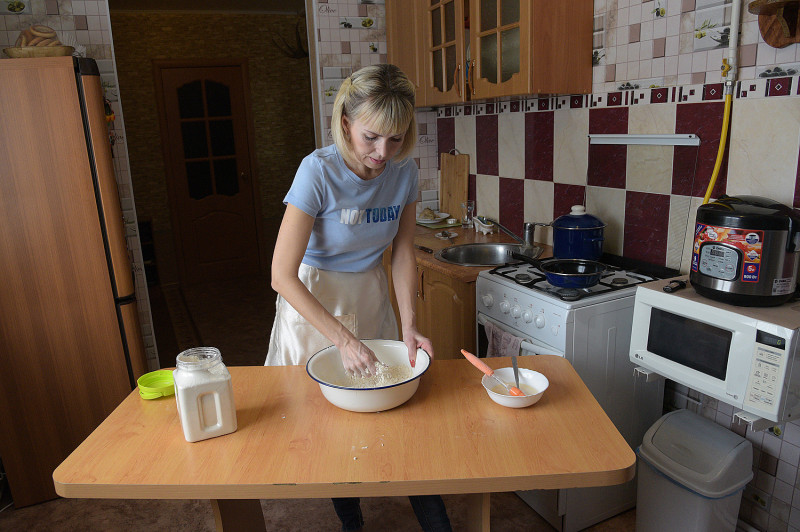 Cook the chicken broth and extract all the fat onto a plate in the process. 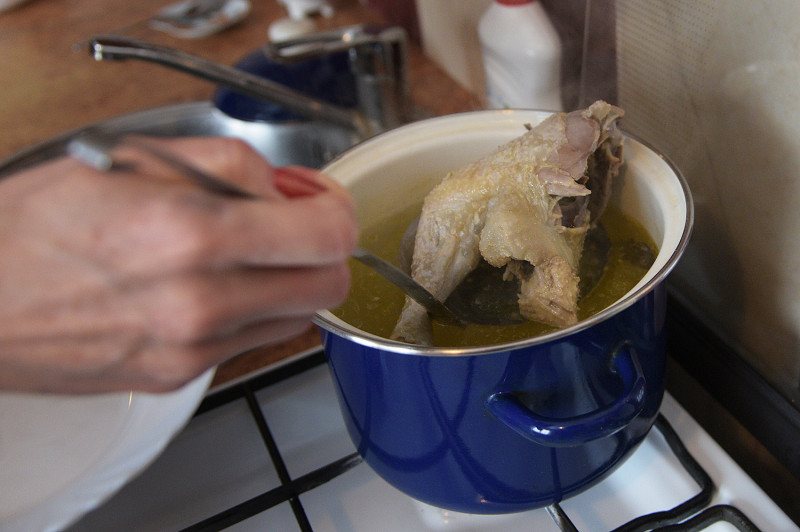 When the broth is ready and standing on low heat, peel and dice the potatoes into it. 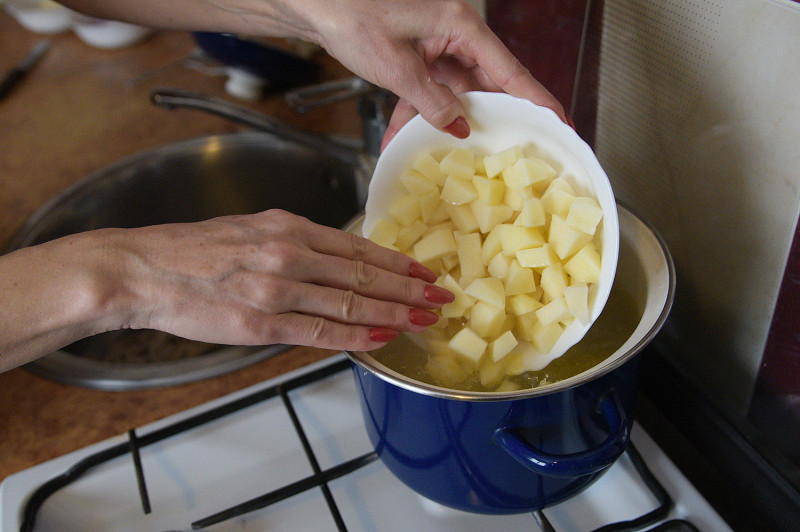 Fry finely chopped onions in the broth fat (some also add carrots to the obzharka, but this is optional). While the onion is being fried, break the egg into a bowl, beat it with a whisk or a fork, add 30 g of water and mix it. 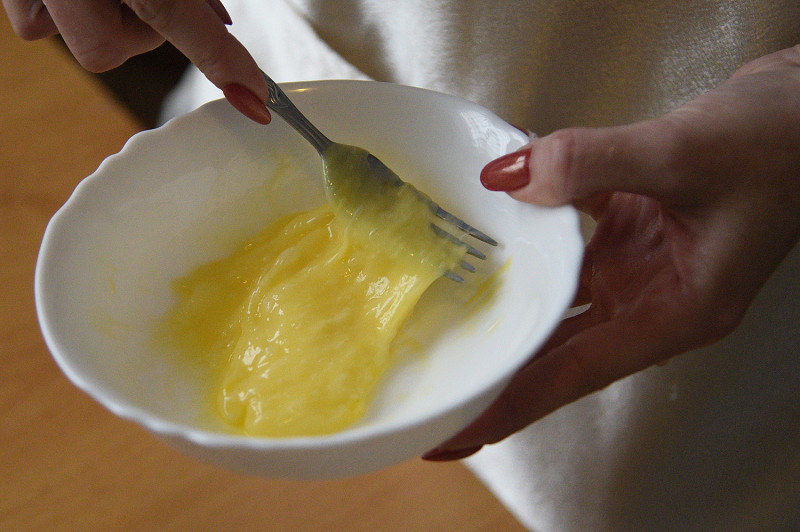 Pour the flour into a deep dish, add a mixture of eggs and water into it and stir with a silicone whisk. 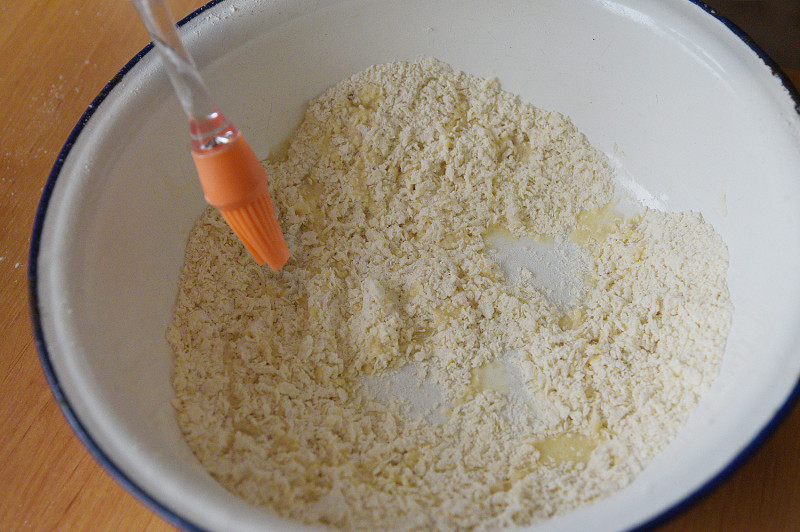 Then rub the mixture into the flour manually. Each hostess determines the desired consistency of flour herself, gradually adding the egg mixed with water. The process takes 10-15 minutes. 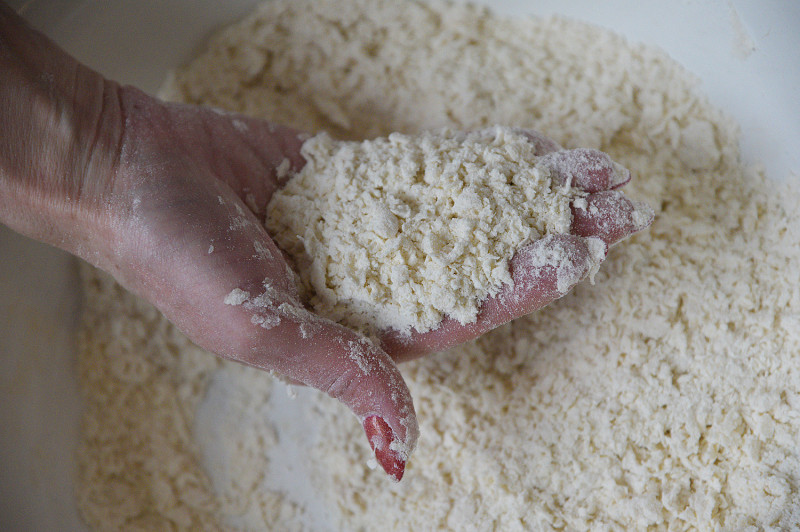 When the onion is browned, add it to the broth still languishing over low heat, and then put the zatirka itself (tiny lumps of flour). 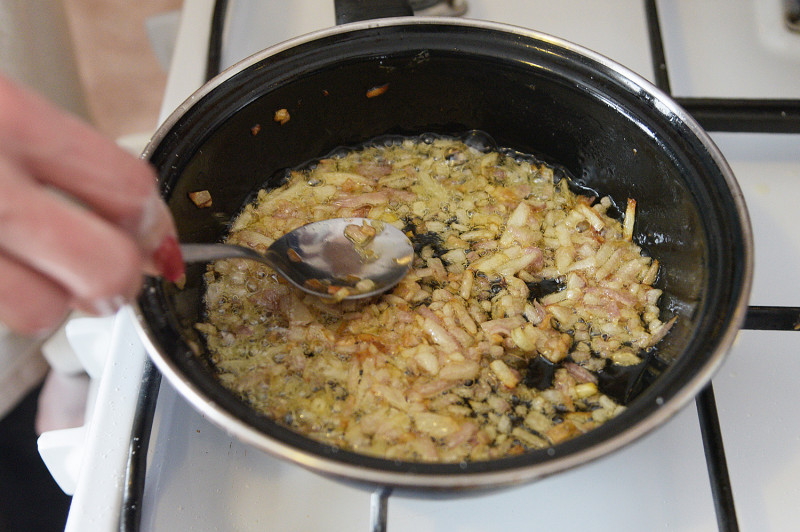 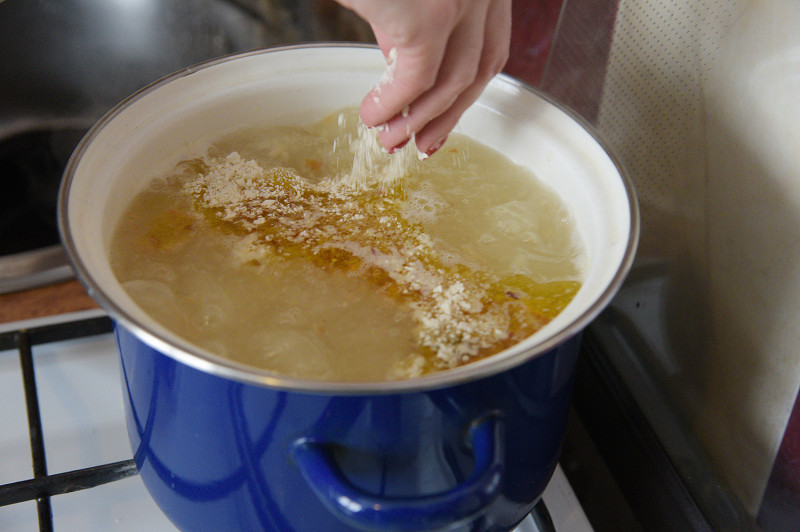 The dish should stay over low heat for 5-7 minutes. Then turn off the heat and let the broth stand on the stove for 10-15 minutes. 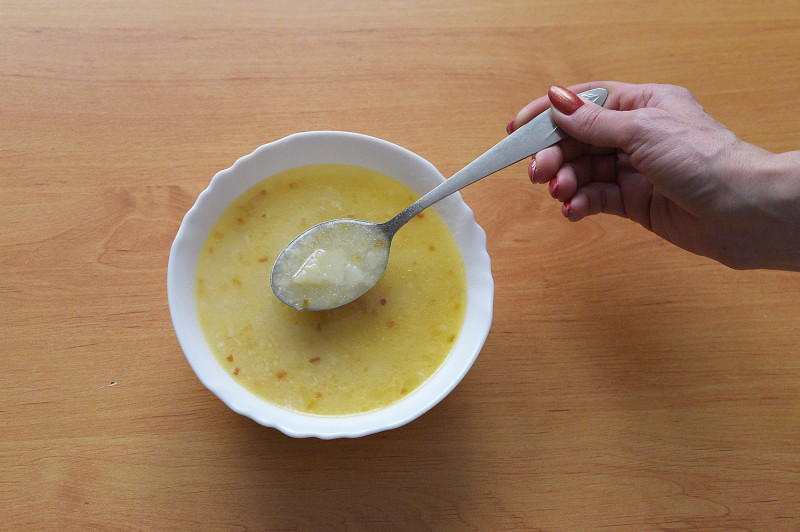 Some housewives make zatirka with milk - it turns into a milk soup with "dumplings".

If someone cooks unusual dishes in your village, please write to riavrn.ru@yandex.ru about it and your neighbors may become heroes of the publication.