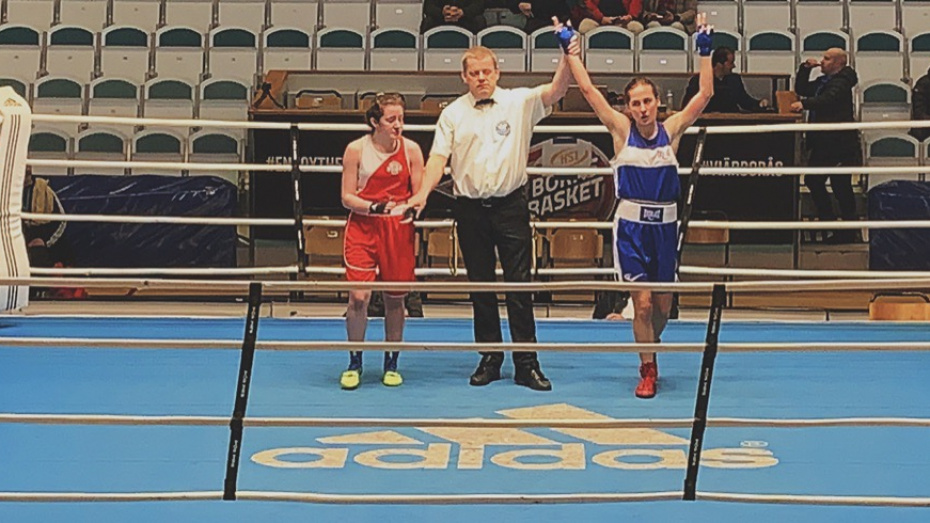 Anastasia Artamonova won the gold in the 54 kg weight category.

Anastasia Artamonova, a VSU student and a three-time European Boxing Champion, won the finals of the Golden Girls International Championship on Sunday, February 3. The championship was held in Sweden and involved 285 athletes from 24 countries. The tournament took place as part of the preparations for the European Women’s Championship which would start in Vladikavkaz on March 8, 2019.

Anastasia fought for the medal in the 54 kg weight category. The athlete defeated French boxer Caroline Cruveillier with a score of 4:1.

– I’ve already faced this athlete at the European Championship. Since we already know each other, the pace of the fight has been furious. All the hits were accurate and quick. I tried to use of hits because I had to show the judges what I’m capable of, - Anastasia Artamonova told the RIA “Voronezh” journalist. – I had two fights at this tournament. There were 10 participants in the 54 kg category. We were divided in two groups: those who had had less than 15 international fights placed in the “B” Group, the strongest ones (including me) were left in the “A” Group. I had the highest rating among the five of us, so I was allowed to skip the 1/4 of the finals.

In the finals, the Voronezh athlete fought Emma Flannery from Ireland for the gold.

– I won with the score of 5:0, but it is not to say that it was easy, because it is never easy in a fight. Although, I felt sort of calm during this fight, - the champion explained.

Anastasia Artamonova is a trainee of coaches Stanislav Inozemtsev and Valery Artamonov, she has been boxing since the age of 7. In 2014, she won the gold at a European tournament in Italy, in 2015 – in Hungary, and her third was gold was won in Turkey in 2016. In August of 2017, Anastasia was acknowledged as the best athlete among the participants of all weight category at The Golden Glove of Vojvodina International Tournament in Serbia.