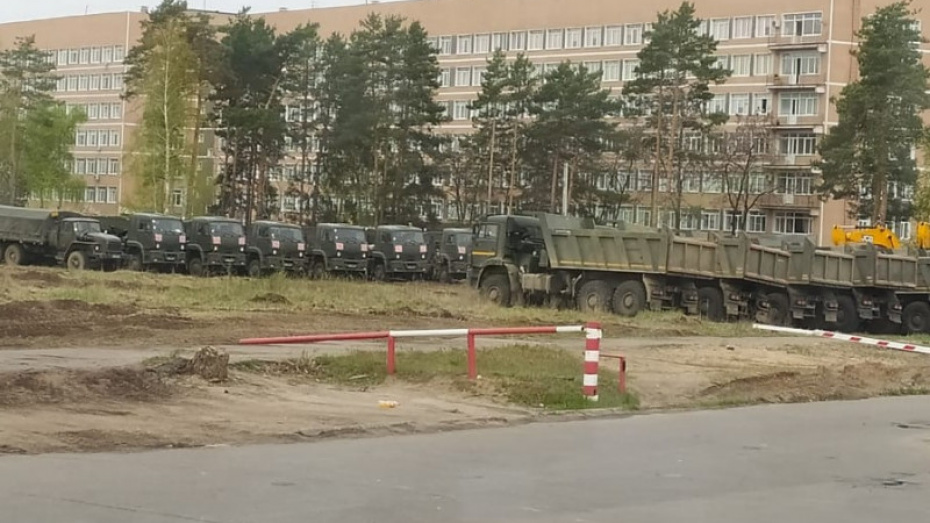 A piece of ammunition from World War II has been found the work site.

An engineer army unit examined the territory on Rostovskaya Street, where a quickly erectable infectious disease hospital in Voronezh is being built. They found a piece of ammunition from World War II, the press service of the Western Military District (ZVO) reported on Monday, April 27. The start of the construction works was shown in a video from a bird’s eye view.

The site of the future medical center based on a standard project of the Ministry of Defense is currently being cleared, and the soil is being sampled for the construction pit of the building. The works involve 60 people and over 40 units of automotive and special equipment. In addition, they attracted servicemen from the railway mechanization battalion of the Western Military District, who came from the Moscow Region.

Similar medical centers are being built in 15 regions of the country. The construction of six centers in Podolsk, Smolensk, Rostov-on-Don, Volgograd, Novosibirsk, and Orenburg is scheduled for completion this week. Two medical centers - in Nizhny Novgorod and Odintsovo - have already been commissioned.

President Vladimir Putin discussed the construction of the quickly erectable infectious disease hospital with Voronezh Governor Alexander Gusev at a session on April 22. The construction of the medical center with 200 beds began already on April 25. The hospital based on a standard project of the Ministry of Defense of the Russian Federation will be erected in two months near BSMP (Emergency Hospital) №8 on Rostovskaya Street.

The workgroup of the project is headed by the First Deputy Chairman of the Voronezh Region Government Vitaly Shabalatov. First, the medical facility will be used as a center for patients with coronavirus, then - as a regular infectious disease hospital.