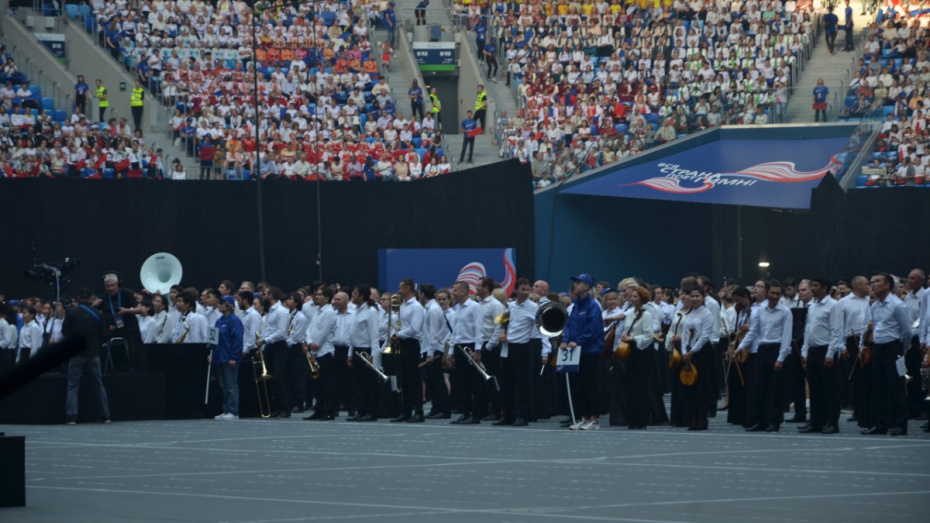 Second-year violinists and violists of the Faculty of Music of the Voronezh State Institute of Arts (VSIA) became part of the orchestra which entered the Guinness Book of Records in "The Biggest Orchestra" category, the university reported on social networks on Friday, October 4.

The record-breaking orchestra and a giant choir sang the Russian national anthem at the St. Petersburg Gazprom Arena. The largest orchestra included 8 thousand musicians and 20 thousand performers. The orchestra was conducted by Pavel Ovsyannikov, People's Artist of Russia. Previously, the record belonged to Germany.

­- The organization of such a large-scale event is always a titanic work. A single set of solutions implies the coordinated work of the entire musical collective and technical support institutions, a common idea and excitement brought together such different people. Instrumentalists and vocalists, professional musicians and amateur bands, representatives of different age groups, metropolitan performers and guests from the regions - we were one when the first chords of the anthem, known to everyone without exception, struck. Under what other circumstances would we all meet? - said Taisia Novikova, a second-year student at VSIA.