Dancing ensemble and gospel music. What to listen to at “Jazz Province” in Voronezh 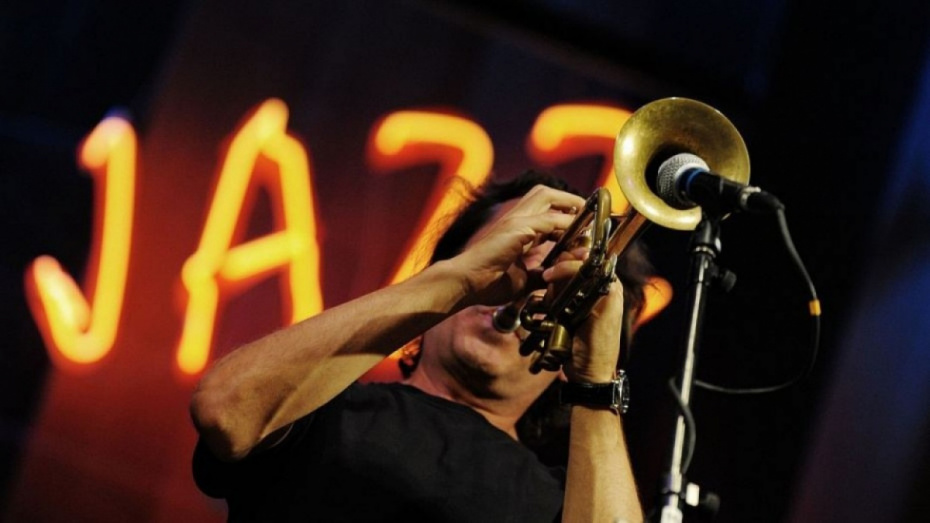 Review of the annual festival program.

“Jazz Province” international festival will be held in Voronezh from October 26 to November 5. The correspondent of RIA “Voronezh” prepared a comprehensive guide to the festival events.

The festival will open with a concert at which, according to the tradition of “Jazz Province”, several bands will perform at once. This evening, the Voronezh citizens will listen to Vintskevich & Andrianov Project, which includes pianist Leonid Vintskevich, his son, saxophonist Nikolai Vintskevich, and famous Russian cellist Boris Andrianov.

Leonid Vintskevich is a Kursk musician, the founder and permanent art director of “Jazz Province”, performs at his own festival every year as part of different bands. In 2016, the Vinckeviches gave a concert at the Event-Hall of City Park “Grad” together with American musicians Kip Reed and Joel Taylor, folk ensemble “Rostan” and cellist Boris Andrianov. In 2017, Leonid and Nikolai Vintskevich played together with Boris Andrianov and several other Russian musicians on the philharmonic scene. The trio of the musicians from Voronezh could also be heard at Usadba Jazz Festival 2017. At the “Province”, the musicians will present classical improvisational jazz, including compositions from the recently released joint album, as well as “VIVA Bach!” program, jazz settings of classical pieces.


The second participant of the opening concert will be the Spanish team Gypsy Fusion Duo. It includes singer Karina la Dulce and virtuoso guitarist Sasha Kolpakov, a follower of the famous gypsy guitar and artistic dynasty, performing their own songs and popular hits from different parts of the world in the unique gypsy fusion style.

The headliner of the first festival day will be the American band Stooges Brass Band. In 2010, Stooges Brass Band won Red Bull Street Kings competition, a year later, the musicians were recognized as the best modern brass band at Big Easy Music Awards.

The band from New Orleans plays in its own style, combining traditional jazz motifs with elements of hip-hop, rhythm and blues and twist. Almost all the band members are backing vocalists – the saxophonist and the drummer in Stooges Brass Band sing. All of them also dance and encourage the audience to dance.

The second concert of the festival will be a show of young Voronezh jazzmen. Trainees of Igor Fainboim’s jazz studio are children and teenagers of 6-18 years old, as well as students and graduates of the Jazz Department of the Rostropovich’s Voronezh College of Music will perform before the citizens.

The Jazz Department appeared in the Rostropovich’s VCM in 2012. A significant role in this was played by the many years of holding “Jazz Province” festival in the city, which proved Voronezh citizens’ love for jazz and the need to systematize education in this area. In 2016, the first graduation of jazz students took place. The festival concert will feature graduates of 2016, jazz students and the college teachers. They will perform works of composers of the XX century.

The headliner of the third festival concert will be the band consisting of brothers Mikhail and Andrey Ivanovs, vocalist Polina Orbakh and the big band of the Voronezh Philharmonic Hall. The duet of the Ivanov brothers, IVANOV BROTHERS, plays in symph jazz style. The pianist and double bass Ivanovs are called the creators of the new style – “hyperclassicism” in jazz.

The musicians will perform accompanied by the big band of the Voronezh Philharmonic Halls, a young band established in 2016.


Mariá Portugal & Paul Van Kemenade, a duet of musicians from Brazil and Holland, will be another participant of the Friday concert. Maria Portugal, a drummer and a percussionist, and alto saxophonist Paul van Kemenade met at a jazz festival in Italy in 2016, where they played a spontaneous improvisational concert. So their cooperation began, after that the musicians performed at several festival venues and released an album. The audience will witness a real jazz improvisation with just two instruments.

The third band, which will rise on the Philharmonic Hall’s stage, will be the classic quintet of Paul van Kemenade (Netherlands). The Dutch saxophonist will demonstrate his abilities in another musical formation. The quintet will perform author compositions and improvisations in various jazz related genres.

The fourth festival day will be held under the sign of classical jazz. The South Quartet from Germany will perform on the Philharmonic Hall’s stage, a band of four musicians playing jazz, but open to other styles.

Dock In Absolute Trio (Luxembourg – Belgium) united graduates of prestigious European musical universities. The band became the “Discovery of the Year – 2017” according to the Jazznews Magazine. Dock In Absolute combines elements of jazz, classical music and indie rock, acoustic sound and cinematic effects in his work.

The headliner of the fourth concert will be the singer from the USA Monique Thomas. The singer performs classical jazz, soul, as well as gospel songs – religious hymns. Monique Thomas’ albums have been nominated for Grammy Award several times.

The Sunday concert will attract the fans of experimental music. German singer, composer and bandmaster Thea Soti will perform in Voronezh with her band Electrified Islands. Thea Soti creates bizarre music layers which are difficult to be associated with a certain genre, all the more so because a significant part of her music is being created directly during the performance. For the Electrified Islands project, Thea has been joined by nine vocalists and musicians. According to the author herself, Electrified Islands represent “traditional song structures destroyed with sound abstractions and redefined anew through improvisation, usage of electronic music and specific performance techniques”.

Electrified Islands is a visual and music show an important part in which is played not only my music but also by the artists’ eccentric behavior, their appearance and on-stage plastics.

Where: the Voronezh Philharmonic Hall

The final concert will unite merited jazzmen from different countries. Norwegian duet Espen Eriksen and Gunnar Halle (piano, trumpet) will play sensual and atmospheric jazz with slight Scandinavian overtones. Espen Eriksen has already performed in Voronezh at Jazz Province with his Espen Eriksen Trio four years ago. This is the first time he will visit Russia as part of a duet.

On the last festival day, Leonid Vintskevich will perform with another ensemble - VINTSKEVICH-KERSHOW-trio. It includes Leonid and Nikolay Vintskevich, contrabass player Steve Kershaw and singer Ksenia Korobkova, a participant of the Golos project.

The headliner of the festival ending will be Jazz Music Ensemble of David Goloshchyokin, a famous Soviet and Russian jazzmen, a multi-instrumentalist and a People’s Artist of Russia. The band will be joined by young Russian jazz singer Yulia Kasyan.

The tickets to the concerts of the XXIII Jazz Province can be purchased at box-offices of the Philharmonic Hall and Petrovsky Book Club as well as online on the website of the festival. RIA “Voronezh” is the festival’s media partner.