Opera and Ballet Theatre in Voronezh to be expanded threefold 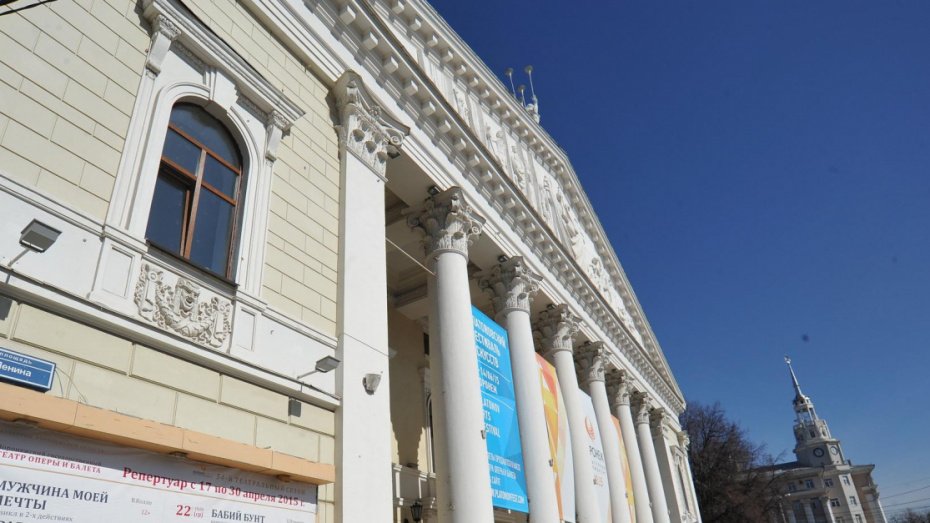 The regional authorities have chosen the building reconstruction concept.

Authorities and experts have chosen the concept of reconstruction of the Voronezh Opera and Ballet Theatre, the Press Center of the Regional Government reported on Tuesday, August 13. Its author is architect Sergei Kutsevalov. It is planned that the area of the building will be increased threefold: from 6 thousand square meters to 19 thousand.

The historical look of the Opera and Ballet Theatre will be preserved, and expansion is planned to be implemented at the expense of the basement and by building the upper floor. A building for rehearsals and storage of scenery with an area of about 6 thousand square meters may appear next to the theatre. It was also decided to increase the number of seats for spectators to 1 thousand or more (it is currently 850-900). According to the estimates of the Regional Government, the renovation of the theatre may cost 3 billion rubles. The exact numbers will be stated after the approval of the design documentation.

The concept is planned to be finalized within a month, and in the fall, the authorities will begin searching for a contractor to develop the design and estimate documentation. The approximate cost of the contract is 47 million rubles. The designing process is supposed to begin in 2020.

The reconstruction of the Voronezh Opera and Ballet Theatre was discussed a few years ago. The theatre was commissioned in 1961, and since then, the building has never been overhauled. The Regional Government considered three options for the future of the theatre: overhaul, deep reconstruction and construction of a new building. In June 2019, Alexander Gusev, the Head of the Region, announced “a significant renewal of the theatre within the framework of the existing building”.

The redecoration of the façade was planned to be carried out in 2019. It was assumed that the contractor would have to dismantle the roof, old windows, and facade blocks (partially), remove the plastering from facades and columns. The wooden parts of the roof were supposed to be replaced with new ones, the windows – with PVC windows. The authorities even began to search for a contractor, but then the auction was canceled, as it turned out that "the overhaul would take more time than planned." Therefore, it was decided to carry out a deep reconstruction of the building instead of partial.